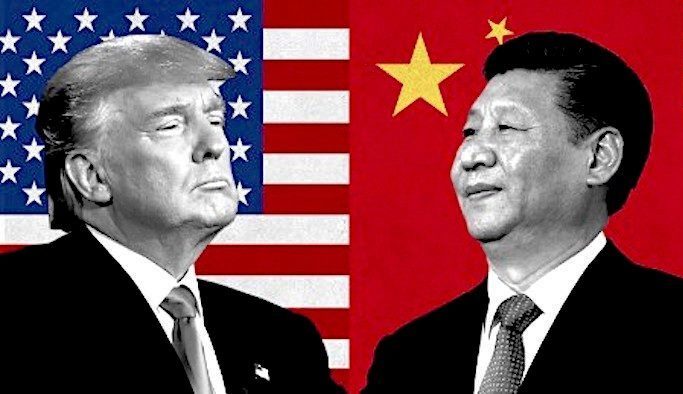 During his first visit to China last week, Donald Trump lavished praise on Xi: “You are a very special man.” The audience couldn’t quite believe what they were hearing as these Presidents’ were meant to be strategic rivals. It is perhaps Trumps most significant U-turns since his campaign and initial weeks of his presidency. Even before being elected, Trump had blustered that the US needed to “slap down China.” But Obama’s so-called pivot to Asia was driven by the same appraisal. He had blamed China for America’s economic woes and threatened to impose a 45 percent tariff on Chinese imports.

Paradoxically the Donald Trump visiting Beijing in November could only muster the strength to urge China’s Helmsman, Xi to “work very hard” on North Korea’s denuclearisation. Xi responded that both sides would “continue to work towards” fully implementing UN sanctions and “enduring peace” on the Korean peninsula. On China’s trade surplus, Mr Trump surprised much more when he said, “did not blame China…for taking advantage of another country for the benefit of its citizens… I give China great credit.”

Xi reciprocated with China agreeing to further lower entry barriers for US banking, insurance, and finance sectors, and gradually reduce vehicle tariffs. However, China’s advantageous position against the Americans was evident during Xi’s hospitality in the Forbidden City. The Economist, commented, “The courtiers of the Communist Party have lost little of the ancient art of feigned deference…The Chinese also bore gifts: trade deals worth over $200bn, covering everything from jet engines and car parts to shale gas. Most of the pledges were memoranda of understanding: expressions of intent, not enforceable contracts. Many concerned things the Chinese would have done anyway.”

However, the relations between China and the United States are fraught with contradictions. On one hand, there are mutual political, economic, and security interests. China is the largest foreign creditor of the United States while the US provides the largest investment and marketing to the Chinese ruling elite. Direct investment by the US in China covers a wide range of manufacturing sectors including Foxconn that produces the parts of Apple’s I-Phones and other infotech gadgets. US companies have entered agreements establishing more than 20,000 equity joint ventures, contractual joint ventures, and wholly foreign-owned enterprises. More than 100 US-based multinationals have projects in China, some with multiple investments. In 2016, the U.S. investments made in China were valued at approximately 92.48 billion U.S. dollars. The Chinese investment in the USA tripled to 45.6 billion dollars in the same year.

On the other hand, the two largest economies in the world remain in dispute over territorial issues in the South China Sea and US militarisation and diplomatic support of Taiwan. But the tighter control of the market and economy and limitations for the western corporate capital has been the core issue of west’s anxiety against the Chinese regime. Their interests also clash on their foreign investment targets and venture capital strategies in different parts of the world. Although China had little few options other than to continue to buy United States Treasury bonds but it condemned the US monetary policy of quantitative easing responding to S&P’s downgrade of U.S. credit rating. However with the steep fall in China’s own growth rates after 2010 and an economic slowdown it also resorted to borrowing and has accumulated a debt to GDP ratio of 255 percent, one of the highest in the world. It’s hyper Keynesianist policies and extravagant investments national and overseas, worry world bourgeois strategists, as today’s China has become a key player in global capitalism. The US trade deficit with China exceeded $347 billion in 2016 and was the United States’ largest bilateral trade deficit.

Trump had little choice but to acclaim Xi in the wake of the waning influence of US imperialism. Despite having a much larger military force and arms spending than China’s, the wars the USA has been imbibed in to preserve its imperial prestige and strategic domination have exhausted its economic and military strength with demoralisation of its forces by the defeats in Afghanistan and Iraq. The Brookings Institute wrote, “The U.S. ability to leverage its greater national power in its relationship with China has for a long time been less than many commentators believe, but it certainly has diminished now. Trump is playing cards with a weaker hand…”

At the present, the Chinese economy seems to be less troubled in comparison to most other larger world economies. But China’s economic triumph is a false euphoria that its supporters fancy. The reality is that while the US imperialism is in historical decline, the rise of China is also brittle and dangerously credit financed in this epoch of a decaying world capitalist system. China’s capitalism is neither conventional nor healthy in its foundation. The mutual dependence of the US and the Chinese ruling elites compels them to make compromises and give concessions but at the same time, there are inherent contradictions between these competing powers. The Chinese elite is fostering Anti-American sentiment. Xi may be subtle in his rivalry rhetoric but his global ambitions are not getting any moderate. These relations are prone to greater conflicts as the crisis exacerbates. These rulerships cannot resort to a full-fledged war but their proxy conflicts and trade wars will aggravate in the coming period.

Even if they can only negotiate temporary accords these will be fragile.  However, these regimes are really worried about are the consequences on the domestic fronts. In this period of historical decline of capitalism not only the prospect of a healthy recovery of the US economy is grim but the rise of China’s warped capitalism is also beleaguered. Trump’s policies can provoke a workers revolt in the USA but the Chinese proletariat – the largest in the world—shall also rise up in a greater and a stronger wave of the class struggle as the crisis worsens and the state resorts to starker repression. Social instability in both the ‘super-powers’ will inevitably exacerbate. Uneven patterns of socioeconomic growth are bound to implode the seething class contradictions. Revolutionary storms will erupt sooner rather than later.