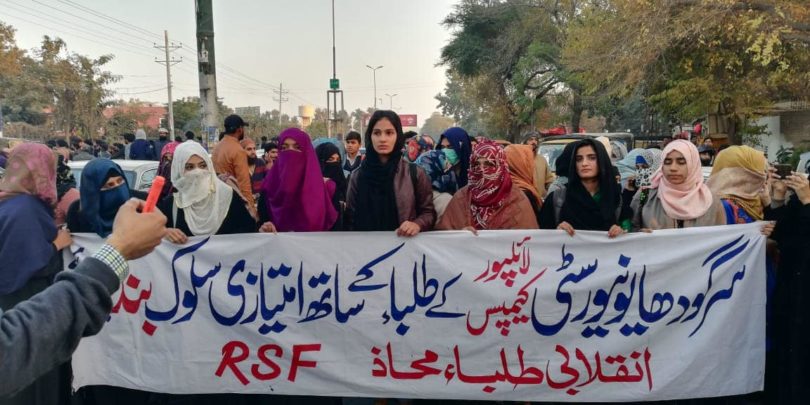 On 2nd January 2019, Revolutionary Students Front (RSF) organized a protest along with the students of University of Sargodha (Lyallpur Campus) at Main Campus, Sargodha.

Sargodha University’s management decided to shut down its Sub-Campuses in Lahore, Mandi Bahaudin and Faisalabad and migrate the students from Lahore and Mandi Bahaudin to the Main Campus but refused the migration of Lyallpur (Faisalabad) Campus students. The administration completely disowned the Lyallpur Campus students during the last negotiation process and even the students were harassed and assaulted by the police. In such a dire situation, RSF organizers called for a protest and organized fellow students. 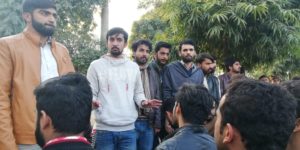 Hanzala addressing the students at the Main Gate of Campus

When the delegation arrived at the Main Campus, the second round of negotiations was in session, which continued about one and a half hour. The session proved to be utterly fruitless and was only a ridiculous endeavour by the administration to exhaust the students. But Saif Mandahar, Hunzala and Zeeshan charged students with fiery speeches. RSF led students to the University gate and assembled them in front of the Campus, on the road. Ammara, Shanzay and Adeeba assembled the female students on the forefront, holding a banner that reads, “Stop the discriminatory behaviour against the students of University of Sargodha (Lyallpur Campus)”. 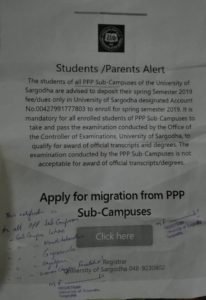 The protest started at 4:30PM and continued for 3 hours. The students chanted slogans for the justice and against discrimination. The administration showed reluctance in accepting the demands of the student but ultimately the administration was forced to surrender; the additional registrar of the university asked for a representative for negotiation. At this Saifee was put forward by the students and, after a heated debate, the registrar was forced to issue a written notification allowing the migration of students from all Sub-Campuses including Lyallpur Campus. After the issuance of the written notification, the students had a victory celebration in which they chanted victory slogans. The administration also assured that the classes of Lyallpur Campus will be conducted from January 7, 2019. 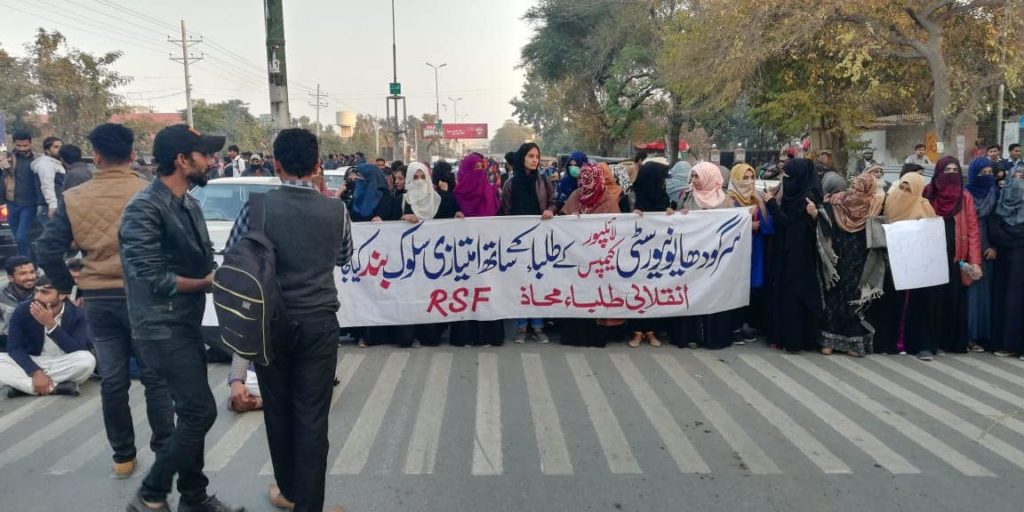 Students Protesting on the road, in front of Campus Main Gate