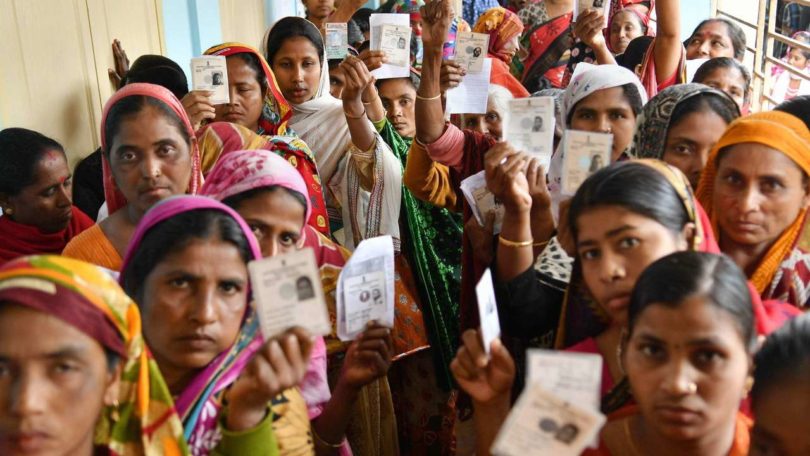 On 30 December 2018, Bangladesh once again witnessed national parliamentary election.  It was long expected election at home and abroad. This is because of the fact that last election, on 5 January 2014, was the most controversial owing to the ruling party Awami League winning 154 seats uncontested out of 300. At that time, a major right-wing bourgeois political party BNP (Bangladesh Nationalist Party) officially boycotted the election as the election was going to be held under incumbent government. They had been demanding a free and fair election under a neutral caretaker government. Most of the other political parties including left parties had been demanding almost the same. But it was thoroughly ignored by the government, putting forward a self-contradictory verdict of the Supreme Court. They always raised their honesty and promise to hold a  fair and free election under their oligarchy, and they would not intervene in the election process, they would do only their routine work during the election period, and the election commission will deal everything in order to ensure the law and order situation. It was not believable by the opposition either outside or inside the parliament.

Based on speculation of the 11th election, there were lots of political processes being built up towards electoral alliance formation. The main opposition party outside the parliament, the BNP was frustrated because their key leaders, former prime minister Begum Khaleda Zia was in jail for 10 years and her son Tareq Rahman is in London as a fugitive. Moreover, there is a huge number of pending cases against BNP leaders and activists. However, after the election commission declared the schedule of the election, BNP declared to contest this election as a strategy of movement with scepticism. A few so-called liberal political parties tried to make alignment with both ruling parties led 14 party grand alliance and opposition party formed 20 parties alliance including extreme right-wing religious fanatic, communal and fundamentalist militant forces like Jamaat e Islami Bangladesh, which is a war criminal party of 1971 liberation movement. Suddenly a miracle took place and Dr Kamal, a famous lawyer and the chief of the constitution formulation of the country of 1972, with his party, Gono Forum, joined forces with BNP on condition that he will not collaborate with war criminals. And the members of Jamaat e Islami should be kept away from the Jatiya Oikya Front (National Oikya Front) that they built aiming at the election. However, BNP’s giving 22 seats for Jamaat-e-Islami creating lots of discontent among the Oikya Front leaders. On the other hand, Dr B. Choudhury, who was once president of the country when BNP was in power in 2001, joined hand with Awami League(AL).

The election held on 30 December. Awami League-led Grand Alliance bagged 288 seats (Bangladesh Awami League 258, Jatyo Party 20, JP-faction 1, Bangladesh’s Workers’ Party 3, Bikalopo Dhara 2, Tariqat Federation 1, JSD 2, JSD-faction 1), Independent 3, BNP 5 and Oikya Front 2. Left Democratic Alliance got zero seats. Still, elections on seats to be held. Whereas one elected member Syed Ashraful Islam died on 3 January 2019. On 3 January 2019, the members of parliament took oath except for 7 MPs of National Oikya Front and a former military autocrat Hossain Mohammad Ershad, who belongs to Jatiyo Party. The new cabinet formed on 6 January 2019. The second major party which is the part of Grand Alliance would possibly be on the opposition in the parliament. Beyond doubt, Sheikh Hasina is going to be the Prime Minister for 3rd consecutive terms and 4th in total. It is learnt that 2 MPs-elect of Gano Forum, which got 2 seats out of 7 achieved by the National Oikya Front, will take the oath. It is uncertain whether 5 MPs-elect of BNP will take the oath or not. The total parliamentary seats are 300. The poll came about for 298 seats. The election of the two remaining seats will happen on 7 and 27 January 2019 respectively. This is because for one seat the election has been suspended due to violence and for other the death of a candidate.

According to some analysts, it is not a defeat of the opposition rather it is a defeat of the country. The country is going to face a complete fascist (Now it will turn to fascist from fascist-like) authoritarian administration that has already destroyed democracy in the name of development in the last two consecutive terms of 10 years. Even in the election campaign, the Grand Alliance did not raise the issue of democracy as much as they made publicity of development works. It seems that democracy and freedom is a secondary factor for them in terms of Bangladeshi perspective. In fact, the development alone without freedom cannot sustain anyway in the long run.

There was no congenial atmosphere for election. Those who came to the voting centres were compelled to vote for the boat, electoral symbol of Grand Alliance. Before the election, the opposition candidates could not campaign among the voters. Even they can not hang their electoral posters in the public places. They were constantly under threat by the police administration and violence were created so that the opposition activists and voters could not go to the election constituencies for propagation. It was an election which has the combination of the partial role of EC (Election Commission) and administration.

Deputy Commissioners (DC), Upazila (sub-district) and Nirbahi Officers (UNO) were briefed that vote for the boat must be ensured. Somewhere the ballot boxes were filled in last night with 30%-60% with the help of police. Agents of opposition were not allowed to enter the election centres. Oppositions were not allowed to build any election booths to provide the voter’s numbers to the voters. A night before the election, polling agents of opposition were arrested in maximum constituencies. From the declaration of schedule, the voters were threatened continuously not to cast vote for any other symbol besides the boat. Some voters entered the election centres but could not vote for aspirant candidates, especially for the sheaf of paddy, electoral symbol of BNP,  because their votes were already cast. However, their nails were coloured by ink forcefully so that they can not deny the franchise.

Election engineering has been performed so cleverly. In some centres presiding and polling officers themselves asked the voters to stamp on the boat. In order to show the foreign observers, the same women voters were setting in the queue from dawn to dusk in centres. 18 were killed in electoral violence. Of course, 8 out of 18 are from the ruling party. More than 200 people were injured in violence at different places. Police arrested the opposition’s polling agents a night before the election day, without any reason. Since the declaration of the election schedule, thousands of BNP activists were arrested and imprisoned to weaken their election campaign.

In 6 constituencies there was a pilot voting system of EVM (Electronic Voting Machine), where 42-45%  voting happened. It is also a controversial project, that opposition opposed from the beginning. In all EVM voting constituencies, AL has won.

Apart from all other violence, a cruel incident took place in Noakhali. Where a woman was asked not to vote for the sheaf of paddy, but the lady was adamant on her wish and boldly exercised her voting right, for BNP. The polling agents of AL (Awami League) threatened her with rape. And in the night of 30 December, the election day, they broke into her house, tied up her husband and 4 children with ropes in a room and cruelly gang-raped her in front of them. This brutal incident alone exposes the election and its process in the entire country. It is shame for the whole nation! Although, the perpetrators were arrested.

The result of the election has been rejected by the opposition National Oikya Front and demanded fresh election under the caretaker government. The left parties that participated in the election as Left Democratic Alliance (the coalition of few traditional left political parties) also demanded re-election, rejecting the performed one.

In conclusion, it can be said that it was a highly managed and controlled election. It does not reflect the peoples’ wish at all.

Now there is a big task for the left bloc, that has rejected the outcomes of the election, to figure out their future political strategy. There are also lessons for other parties as well, that rejected the election before understanding what could happen in the election under the ruling party as well. Only the power of masses and working class can put all misery and deprivation to an end.

Badrul Alam is General Secretary of Communist Party of Bangladesh-ML