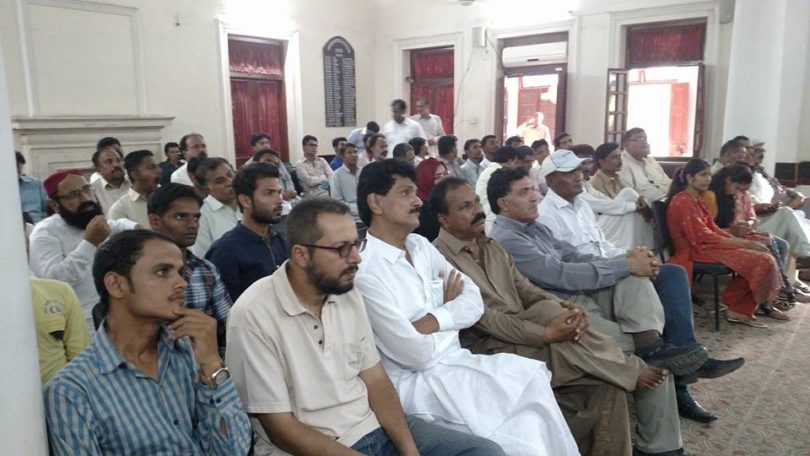 The Struggle’s Regional Congress of Karachi was held in Pakistan Medical Association (PMA) House on October 01, 2016. 112 comrades, contacts and sympathisers participated in the congress. Babar Panwar chaired and Lal Khan Led off on National and International perspectives. Lal Khan discussed world economic, social and political situation and particularly the crisis being faced by the American, Chinese, Indian and European bourgeoisie. He also discussed Indian and Pakistani political situation and the multifarious divisions and conflicts within the state institutions and the elite’s desire and hunger for further loot and plunder in the guises of privatization. The September 02, 2016 “Bharat Bandh” was the biggest general strike of history, he said. He also discussed the current so-called war situation. The war against the workers and masses is already in process across the globe. The fundamental basis of this socioeconomic system that is imposed upon these societies doesn’t have the capacity to implement any kind of peace and harmony, he added. The redundant ruling class cannot play any other role. The exploitation, repression and barbarism will prevail until working class throwaway this capitalist system in the leadership of a genuine Leninist organization. After the lead off questions were asked and Akbar Memon from Pakistan Steel, Shiekh Majeed from PIA, Manzoor Razi from Railways, Gulam Mehboob from Workers Union PC hotel, Majid Memon from PTUDC made contributions in the session and Kanwal Anand recited a revolutionary poem. After contributions, Jannat Hussain led off the second session i.e. Building of a Revolutionary Party and Congress 2016. He discussed the complex road for building an organization and problems that usually arises in the path of building it and the importance of congress 2016. Jannat presented delegate list for the congress which is approved unanimously by the members. 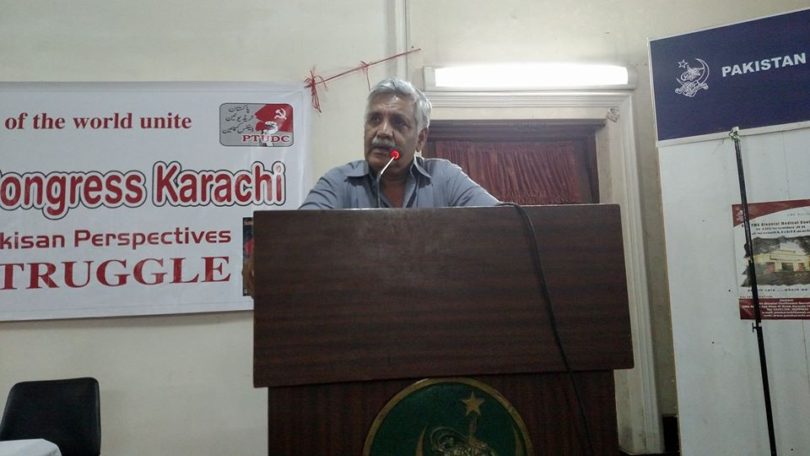 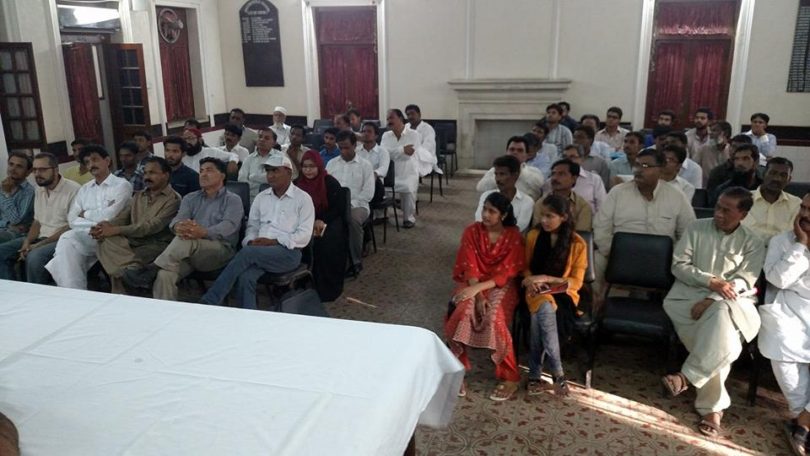 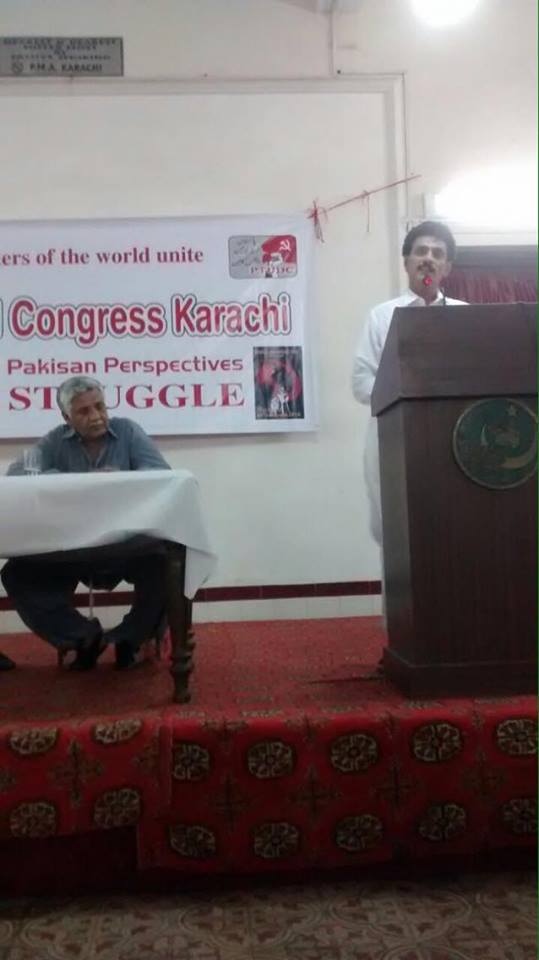 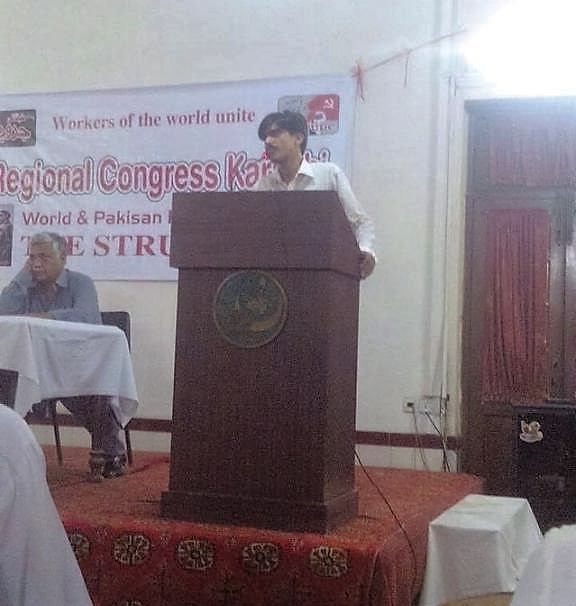 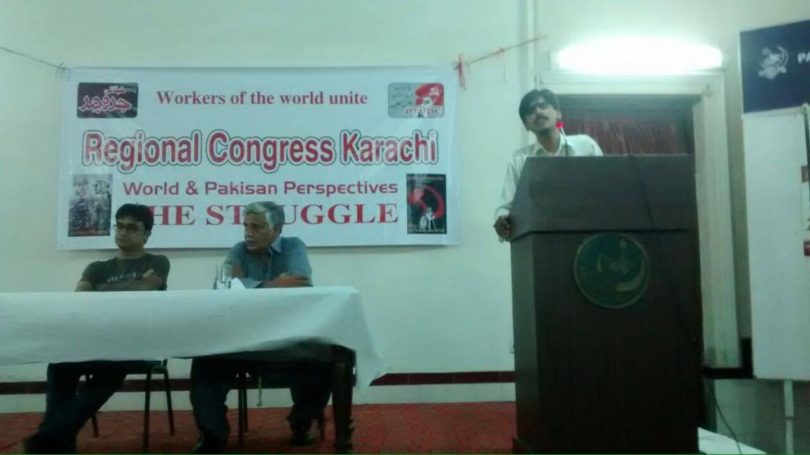 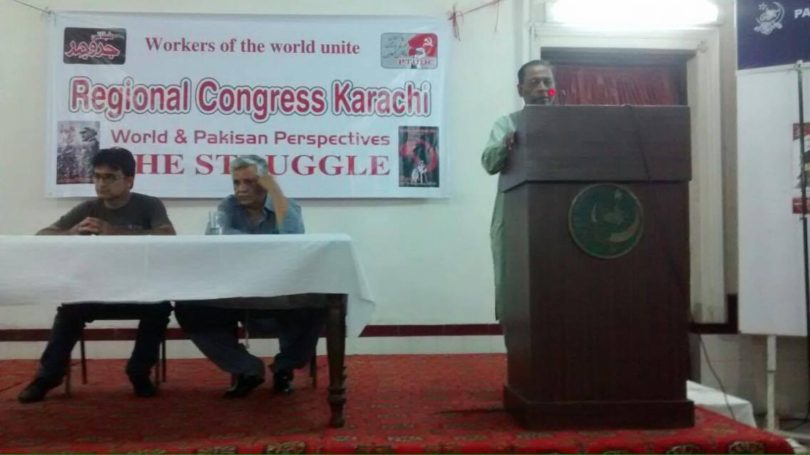 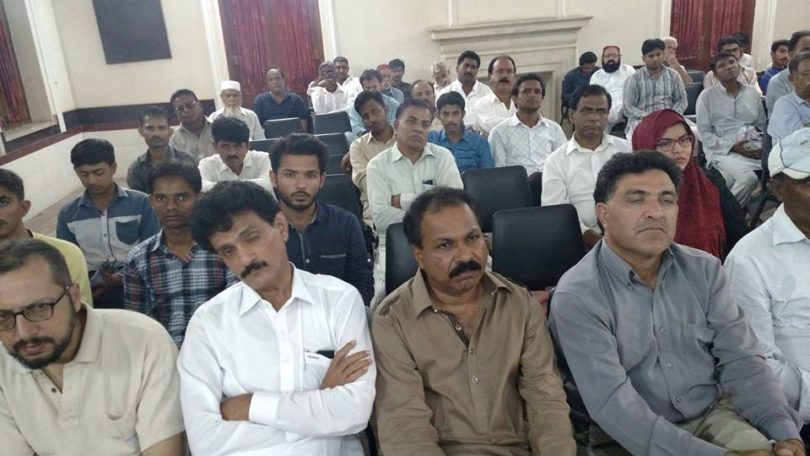 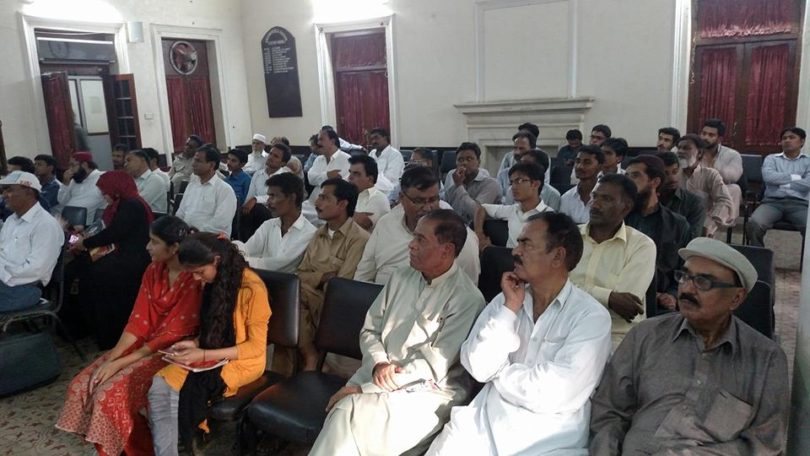 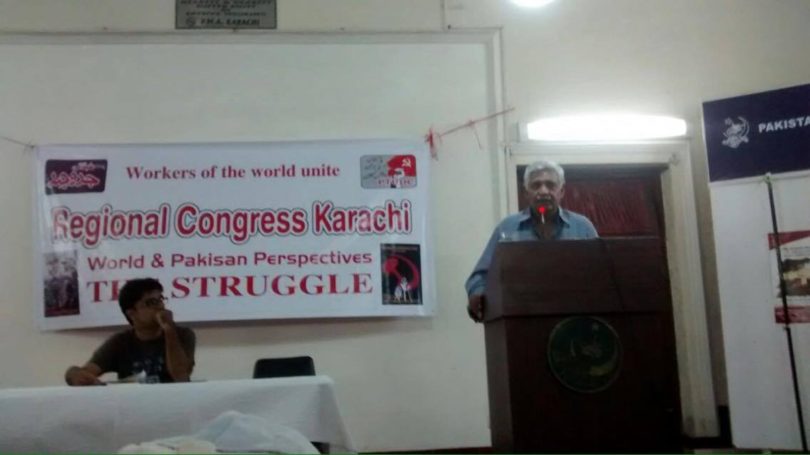 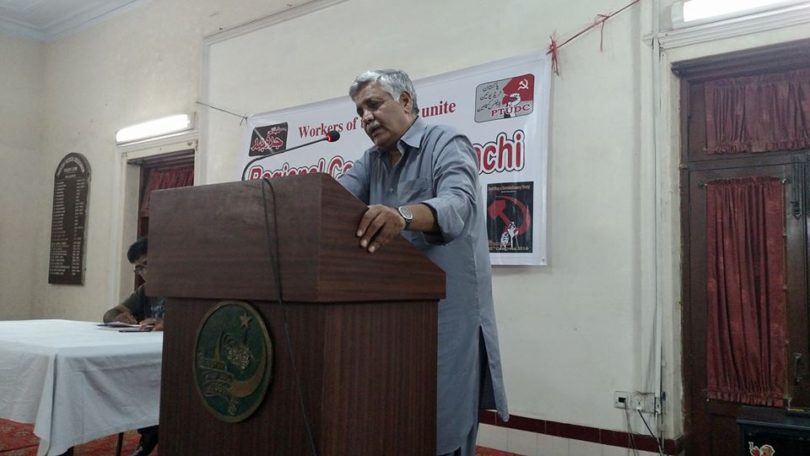 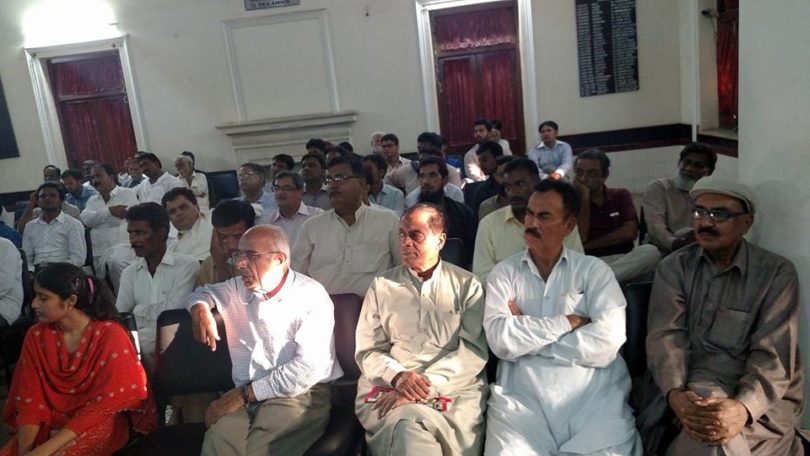