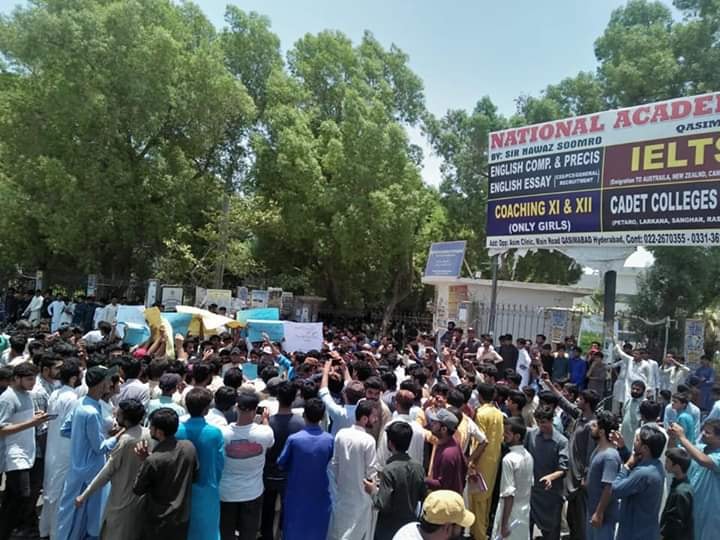 Hyderabad is an important station for many students. Three of the country’s biggest universities are located here. Each year thousands of students come here for the preparation of competitive exams and entry test of universities. This second largest city of Sindh province has only three public libraries, Daudpota is one of them. The thirst of knowledge makes hundreds of students to stand in ques long before the official opening of the library at 9 am. But there is a huge gap between the number of students and the facilities, especially seats, for them at the library. The lucky ones get seats another portion settle on the floors but the major portion has to go back to homes or parks or somewhere else that is not at all considered for study purpose.

On 26 June, hundreds of students and social activists staged a massive protest in front of the library. The protestors said there are not enough seats, only 400 seats are available that are too short. There is no alternative energy source in case of load shedding. The library also lacks in other facilities including drinking water, canteen and parking etc. The students demand not only the increase in Daudpota facilities but also want more public libraries.