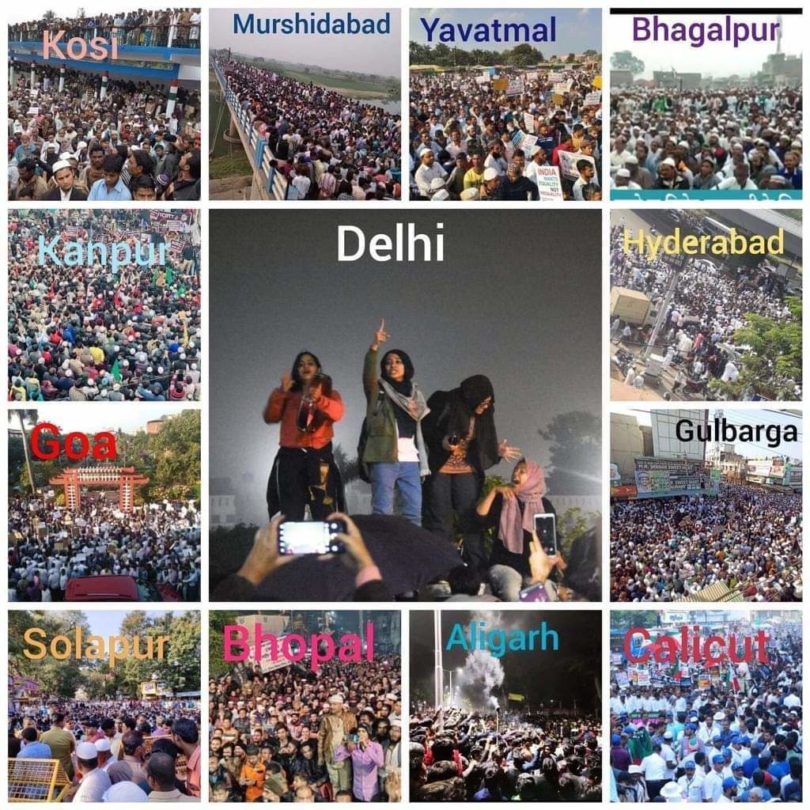 The law was first introduced in July 2016 amending the Citizenship Act 1955 and making religion a basis for citizenship in contrast to the previous law which did not have religion as an eligibility criterion for citizenship.

The bill was introduced by the ruling right-wing Hindu Nationalist Bhartiya Janta Party and it was passed by the Lok Sabha, the lower house, in January this year and by the Upper house on 11 December. The President Ram Nath Kovind ratified it on 12th December.

This law, by discriminating based on religion violates and is the antithesis to Secularism—which is also included in the preamble of the Indian Constitution. It also violates article 14 of Indian Constitution which states “The State shall not deny to any person equality before the law or the equal protection of the laws within the territory of India.”

Protests against the CAA and National Register of Citizens (NRC) that identifies 1.9 million Assamese people as ‘foreigners’ erupted all across India, especially in the campuses, which have been going on from the past week. Hundreds of students of Maulana Azad National Urdu University (MANUU) even boycotted their semester examinations to protest. The Students of Delhi’s Jamia Milia Islamia and Uttar Pradesh state’s Aligarh Muslim University are leading the resistance. On Sunday, when the students of JMI were peacefully marching towards the Parliament House to protest against the exclusion of Muslims, who constitute about 15% of India’s population, from the law, they were charged with batons and had tear gas fired upon them by the police. The students dispersed and went back to the campus. But the police forcefully entered into the premises of the campus and into hostels—even girls hostels— and subjected the students to brutal violence. 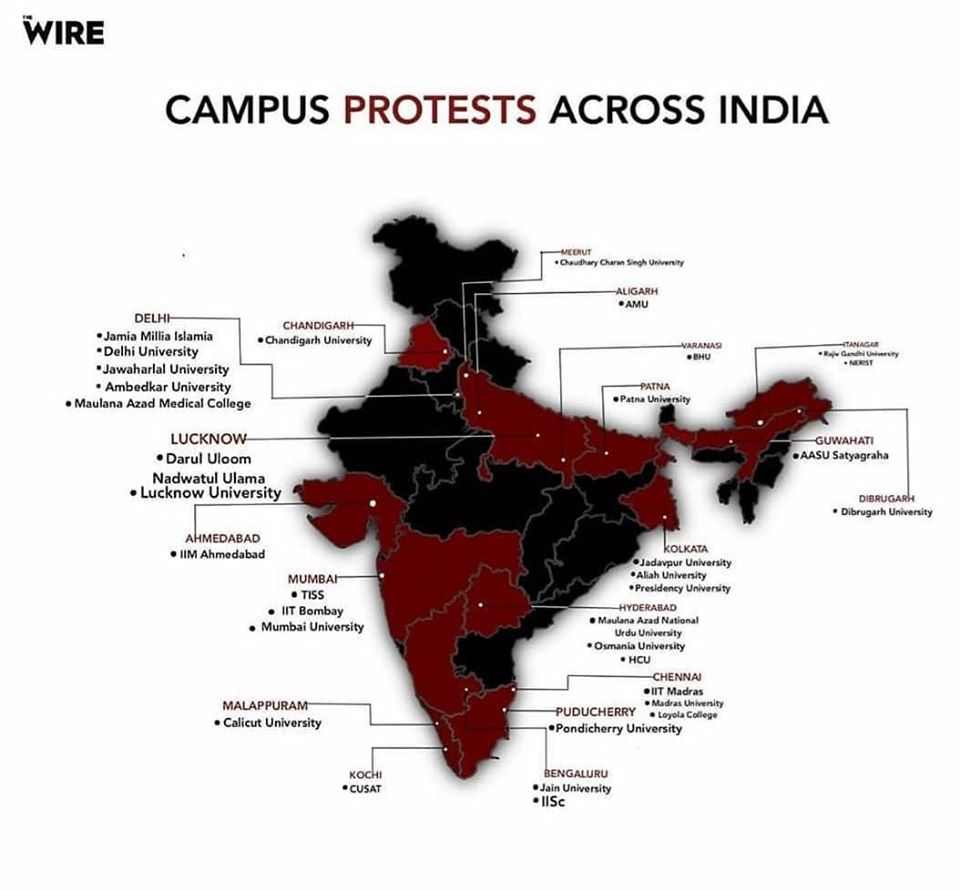 Anugya, a female student of JMI, while talking to the media said: “We thought that our campus was the safest place for us, but now we have no idea where to go”. Similarly, students from AMU and other institutions have also had to face tear gas and police brutality.

A few videos have come up in which the police can be seen burning buses and damaging public property, to blame protestors, using it to justify their brutality and repression. Over 100 students got injured because of police violence in JMI protest. The police entered the jamia without any permission or justification and vandalised the campus, beaten up students, teachers and staff even direct bullet fires were reported. The chief proctor of campus had to take twitter to expose the police brutality. There were ABVP and BJP goons in the police jackets who were beating innocent students.

This photo is viral on social media. Why is @DelhiPolice silent ?
Who is he?
Is he a real policeman ?
why aren't they in the uniform?
Have they been identified and arrested? #JamiaProtests#JamiaMilliaUniversity@CPDelhi @DCPSEastDelhi @ArvindKejriwal @msisodia @LtGovDelhi pic.twitter.com/QWUJnBVuT5

The BJP government, instead of tackling the genuine grievances of people, eliminating poverty, hunger and unemployment, has only focused on advancing its imperialist fascist agendas. This Act is simply an attempt by the Modi government to widen the communal divides and create a Hindu Rashtra. Earlier this year, on 5th August, the BJP had revoked Article 370 and 35A, which granted special status to Indian Occupied Kashmir, and made Jammu Kashmir a part of the Indian state. This CAA is a continuation of the revoking of Article 370 and 35A to widen the communal divide and cause further polarisation in India to create a Hindu Rashtra.

We, the Revolutionary Students Front – RSF, condemn this state repression and use of violence by the police against unarmed peaceful students in the strongest words. We stand in complete solidarity with our comrades fighting against Modi and BJP’s fascist agendas.

We, the Marxist around the globe, must fight Modi’s fascist regime. As people all over the world are rising against Neoliberalism, the people of India must step on stage and take this Class Struggle to its apex moving towards a Socialist Revolution, clearing the path for the formation of a Socialist Federation of South Aisa. A Socialist Revolution is the only way forward for the World at this point.

No To Citizenship Amendment Act!

Down With Modi’s Hindutva Fascist Regime!