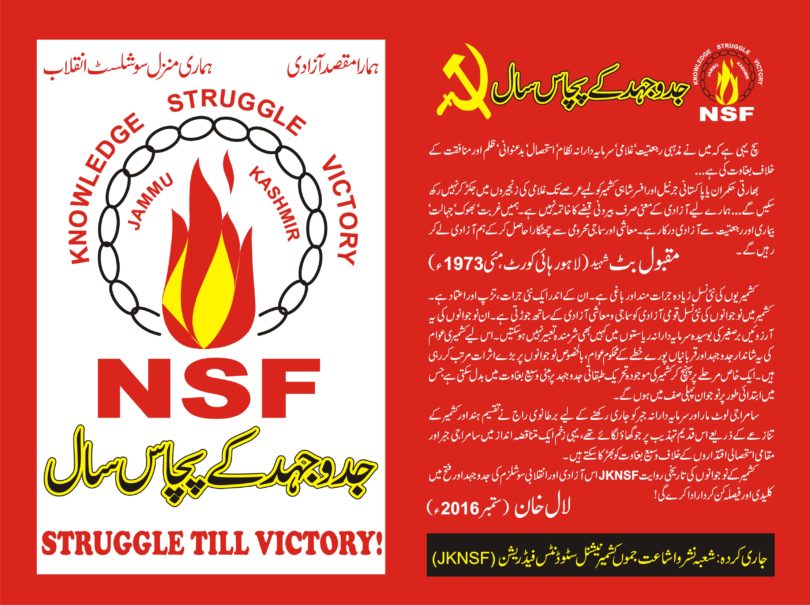 JKNSF started preparation of Socialist Kashmir Conference months ago, announced new JKNSF units in different schools and colleges across the valley. A detailed document is written by JKNSF central cabinet which contains the history of JKNSF’s 50 years of struggle and perspective of a revolutionary movement generally on the world scale and specifically in Kashmir. Students, workers and members of JKNSF will gather in Muzzafarabad from different cities of Pakistan and Kashmir on September 23, 2016. And this caravan, Azaadi Karwaan (Freedom Caravan), will march through different cities and towns of Kashmir and will end up in Palandri for Socialist Kashmir Conference. This conference will be proved as an important milestone in the students and workers movement.