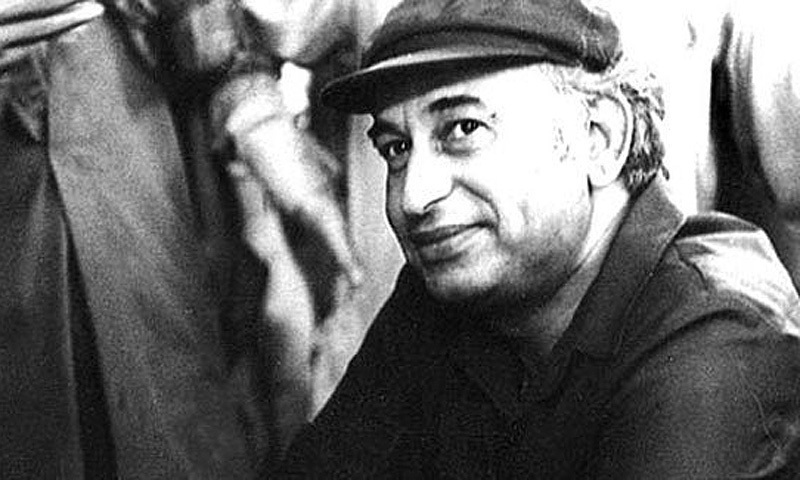 One of the most popular mass leaders in Pakistan’s history was hanged through the gallows in the late hours of April 4th at the altar of Rawalpindi’s central jail. Bhutto had spent his last birthday — his 51st — in the death cell and was physically frail when taken to the gallows. There was a feeling of helplessness and desperation, anguish and frustration amongst the vast stratum of the populace. There was no leadership to put forward a strategy and plan to galvanise the seething revolt in the society.

In its April 5th issue, The Guardian wrote,

‘‘Millions of Pakistanis mourn the fate of Zulfikar Ali Bhutto. Widely revered by the mass of ordinary people…He was a politician who broke away from the gentlemanly cabals of wealthy landowners and bureaucrats who had previously ruled Pakistan between military dictatorships. Bhutto brought power to the people… He promised food, clothing and shelter. He exchanged his Savile Row suits and silk handkerchiefs for baggy trousers and long Pakistani shirts, and he went electioneering in the bazaars and in remote areas previously shunned by his rivals…Bhutto was a complex and contradictory figure. He was intellectually sharp and came from an illustrious family: the combination often jelled into arrogance…If Bhutto was a bully, he was no coward. His bearing and his demeanour in the last appalling months were noble. He would not be beaten by adverse circumstances, would not beg, or plead.’’

This historical tragedy became a landmark set back in the country’s class struggle of the toiling masses. Earlier in July 1977 Pakistan Army’s chief General Zia ul Haq had overthrown Bhutto’s government elected on the basis of adult franchise. Bhutto launched a vigorous campaign against the despotic regime’s coup and roused the masses in a radical movement. Pakistan’s elite and western imperialists felt their stranglehold endangered. Alarm bells started ringing in the echelons of power from London to Washington.

The imperialists, Pakistan’s reactionary bourgeois, its military, the right wing politicians, Islamic fundamentalists and the supreme judiciary congregated in their craved vengeance to eliminate Bhutto. Their existential fright was from a revived populist leader becoming the focal point of another revolutionary insurrection. The Supreme Court of Pakistan had bowed to the whims of the tyrant Zia, insanely obsessed with Bhutto’s assassination.

Bhutto’s transformation from being the general secretary of General Ayub Khan’s conservative ‘Conventional Muslim League’ and the dictator’s foreign minister into a populist mass leader championing revolutionary socialism was the outcome of the mass revolt of 1968-69. The Pakistan Peoples Party that he had founded in November 1967, with the guidance and support of some of the Pakistan’s most radical left wing activists and intellectuals, had gained mass support for its socialist programme almost overnight.

The students and Pakistan’s virgin proletariat supported by the landless peasantry had dared to rise and challenge the dictatorship and the system in the revolution of 1968-69. PPP’s founding Documents and its 1970 election manifesto were the most radical in post partition South Asia. But Bhutto was no Lenin and PPP was not a Bolshevik party. The revolution was derailed through the resignation of Ayub Khan, elections of 1970 and the war in East Bengal to distract and deviate the class struggle.

Bhutto’s accession to power was designed to pacify the potential workers revolt in the wake of a humiliating defeat in East Bengal. Bhutto and the PPP leaders strived to alleviate the plight of the oppressed through radical reforms. But Pakistan’s rotten capitalism had no room for reforms even then.

As despair and malaise began to set in society, the state came back to reassert itself. By 1973 Bhutto had tacitly become a ‘captive’ of the very state he salvaged after the catastrophic defeat in the 1971 war. Bhutto developed the misconception that he could manage the affairs and overcome irreconcilable class interests and reactionary nature of the state. Despite his Bonapartist acts and strivings to grasp authority, it was the convalescing state again calling the shots. The state pushed Bhutto to adhere to its policies. The consequences were a brutal military operation in Balochistan, the acceleration of a nuclear programme, Islamic Summit and other deleterious acts such as the killing of the advanced workers in Karachi’s industrial hubs.

But Bhutto was still overwhelming. The Americans were annoyed at his dissentious stances. The CIA financed and nudged the deep state to cobble an unholy alliance of the liberal, secular, nationalist and Islamicist parties in a reactionary crusade to overthrow Bhutto’s. On the pretext of the ‘national sovereignty’ the military struck and Bhutto was deposed in a ‘blood-less’ coup. Crucial lessons can be learnt from Bhutto’s repentance and the conclusions drawn during his incarceration. In his last work, ‘If I am assassinated’ Bhutto wrote, ‘I am suffering this ordeal because I sought an honourable and equitable via media of conflicting interests…the lesson of this coup d’état is that a via media, a modus vivendi, a compromise is a utopian dream. The coup d’état demonstrates the class struggle is irreconcilable and it must result in the victory of one class over the other. Obviously, whatever the temporary setbacks, the struggle can lead only to the victory of one class.’ This book was destined to become his final testament.

The party that proclaims Bhutto’s inheritance has morphed into a subservient apologist of the state and US imperialism — the very forces complicit in his judicial murder. Since the 1980’s PPP’s leadership systematically abandoned lessons in Bhutto’s last testament that class struggle and revolutionary socialism as the only way forward.

Bhutto was not a Marxist revolutionist but he put forward a socialist programme that penetrated mass consciousness at the ripe moment. Paradoxically the movement radicalised Bhutto even more. This chemistry between the masses and populist leaders has prevailed in modern history. Bhutto’s political sojourn proves that people change by impacts of objective conditions and leaders are radicalised by the heat of class struggle. As Bhutto points out in his last writing, class conciliation is always disastrous. Only through an irreconcilable class struggle the working classes can achieve a socialist victory with the instrument of a Leninist party.