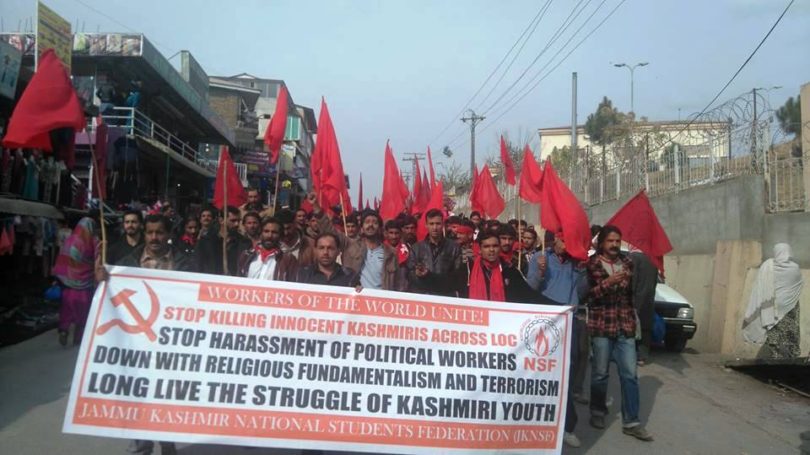 Jammu Kashmir National Student Federation (JKNSF) organized a protest and agitation rally against firing on Line-Of-Control, fundamentalist and arrest of political workers on 26th November at Rawalakot. Hundred of JKNSF activists participated in this procession, the participant’s chanted revolutionary slogans and at the end at District Court square it turned into a public meeting. Central President JKNSF Basharat Ali Khan while addressing participants said once again people have arisen against Indian aggression in Occupied Kashmir, only JKNSF was a force in the area which unconditionally supported this movement. However State & its allies attacked JKNSF and started false propaganda. On the base of false leaflets of malicious accusations of infidelity, these fundamentalist forces are attacking progressive forces. He further stressed that on the basis of this conspiracy if any activist harmed then the administration will be responsible for any situation. In fact NSF in fighting against capitalism hence it’s a resistance force against capitalists and their agents. We respect religious emotions of people and we cannot even think of religious blasphemy. Speaking on this occasion Sardar Sagheer, Central President JKLF said we are struggling for independence of Kashmir which is a nightmare for ruling classes. On 13th August this year whole Kashmir’s progressive forces organized a protest which still they can’t tolerate. By this organized conspiracy, they are attacking progressive forces and want to turn peaceful Kashmir into Waziristan which will never be allowed. Other speakers were included Ex-President JKNSF Rashid Shiekh, District Chairman JKSF Altamesh Tassadaq and Arsalan Shani while Kashif Rasheed was stage secretary.

A few steps away from public meeting administration backed hooligans were present armed with weapons and they continuously tried to revive provocations of participants. During the whole meeting, they constantly wave weapons and raised slogans like “Death to infidel.” But comrades stood firmly with revolutionary discipline and answered them with Socialist slogans. At the end when participants dispersed peacefully but again these banned outfit terrorists tried to attack again they found JKNSF comrades stood firm as rock. Other progressive organizations like JKNAP, JKSLF and JKPSF which also participated in rally supported JKNSF hence these so-called Jihadis had to flee away. On the pressure of these progressive organizations administration was forced to lodge FIR against these terrorists. 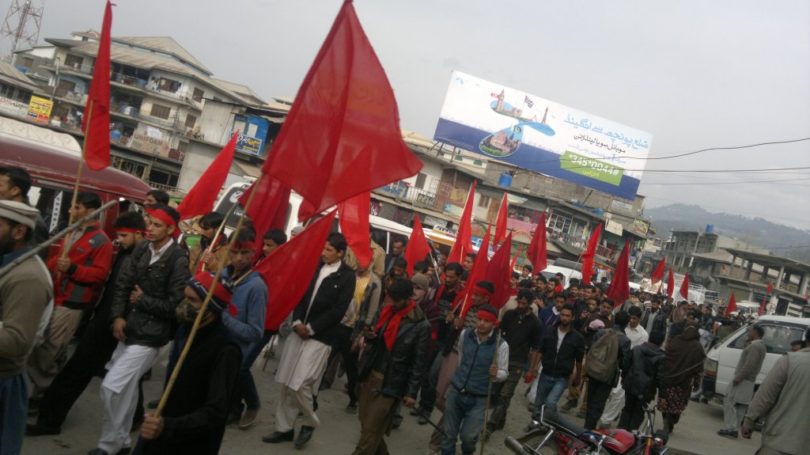 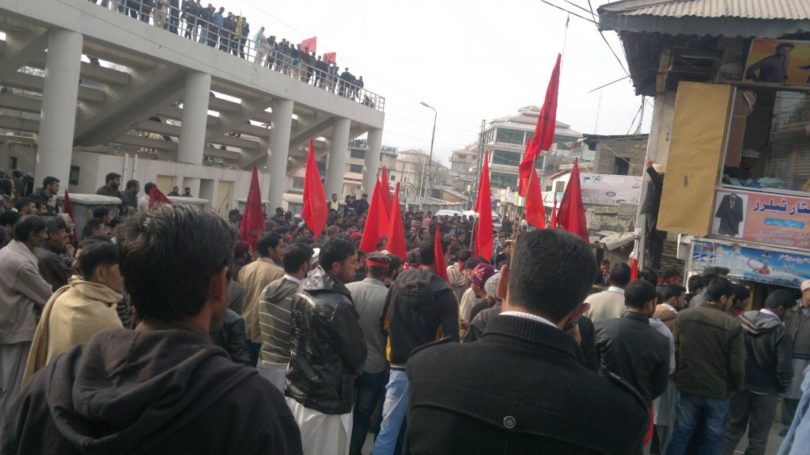 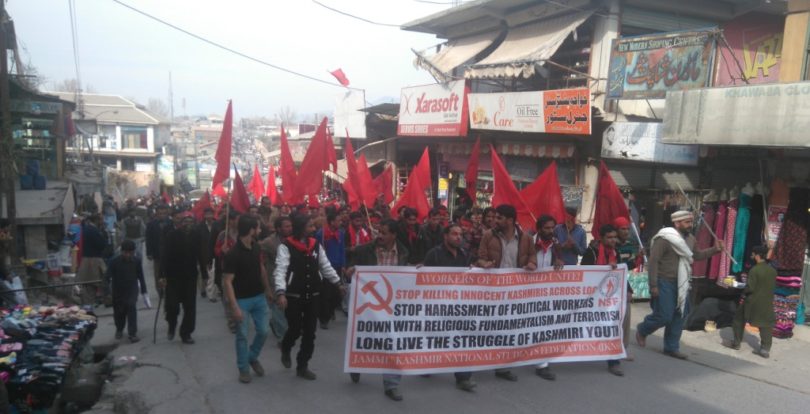 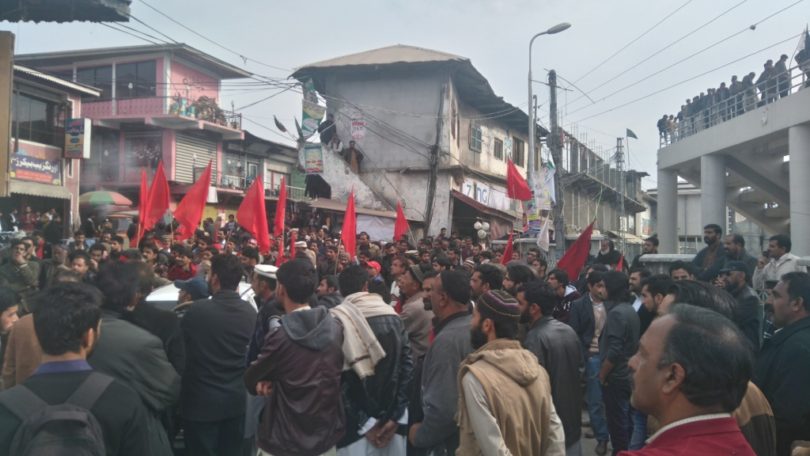 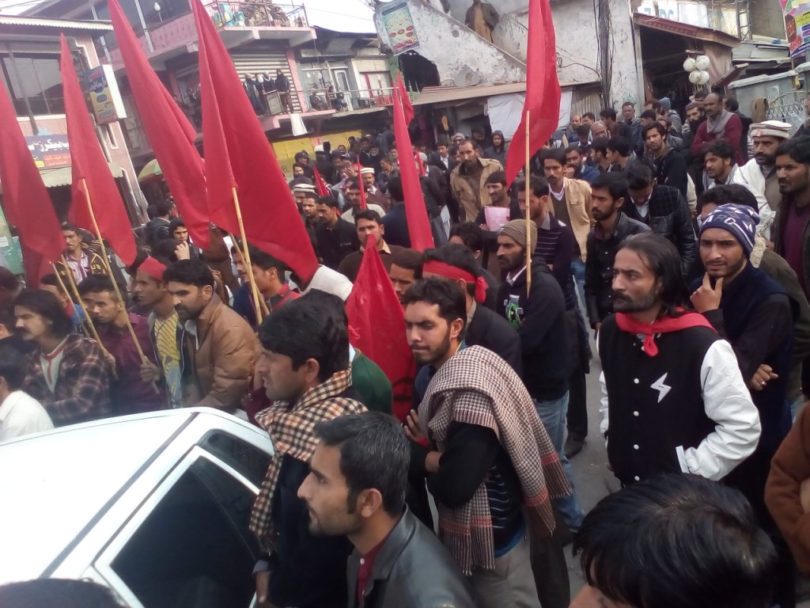