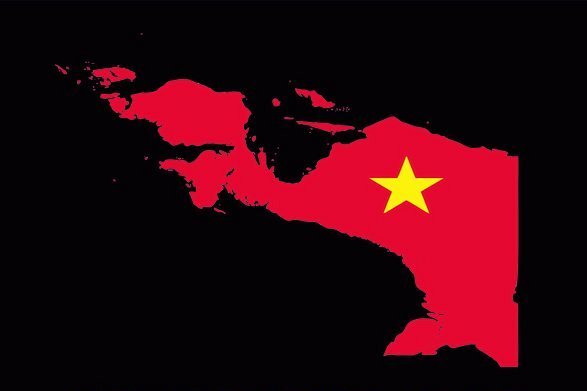 By Socialist Party of Papua (PSP)

The occupation of Papua continued for more than half a century or 57 years of Indonesian occupation, starting from May 1, 1963, where Papua was forcibly annexed by Indonesian colonialism. In 1967 before the holding of the Act of Free Choice (Pepera) in 1969, the signing of the company PT. Freeport by President Soeharto was carried out. From this the beginning of American imperialism colonized Papua.

Human rights violations began from the beginning when Papua was forced to join Indonesia. The killing until the bleeding occurred did not stop until now. Colonial Indonesia made Papua a protective area for the interests of imperialism and capitalism by exploiting natural resources.

Nearly thousands of independent Papuan activists were killed without cause which only voiced the struggle for the right of self-determination or independent Papua. The political movement of the people was destroyed by colonial Indonesia and capitalists. The practice of colonization was carried out structurally and also significantly. The people of Papua are made to have no future and live in long occupations.

Access to international journalists is closed. Papua was isolated by many colonial media that preached racistly and marginalized the people of Papua. Furthermore, in order to safeguard capitalist and imperialist assets, Indonesia and the United States imposed militarization practices everywhere. The democratic spaces for independent Papuan organizations, cultural centers, the actions of the democratic social movement to express their opinions were closed tightly. Arrested on charges of inciting the people and subject to article maker by the Indonesian colonial military.

This situation continues to this day. Racism does not end. Indonesian colonialism precisely preserved genocide and racism to flourish in the interests of capitalism and imperialism continues.

The people’s insistence on the Jokowi regime to issue health emergency instructions was not carried out, in contrast to Italy and China which were responded quickly. Due to the increasingly collapsed state financial condition brought under capitalist control and imperialism.

Workers in Indonesia are not given living benefits and holidays as long as the danger of Covid-19 spreads and labors thousands of Indonesians.

Lockdown instructions to date have not been optimally treated by the colonial government in Papua and in Indonesia. The country is at an increasingly weak economic danger, the rupiah is increasingly falling from the US dollar. While patients with Covid-19 in America ranked third after Italy and Spain.

Indonesia’s economy, which is dependent on American imperialism and other capitalist countries, has made the State increasingly repressive and in control of the work of handling Covid-19 by the army and police.

Jokowi did not issue a national health emergency instruction, but had issued Indonesian instructions on the danger of a civil emergency. As a consequence the TNI and Police were fully worked on handling Covid-19. The severity of workers, fishermen, farmers, market women, and all the oppressed class people are not given a guarantee of life and living allowances for necessities as long as the danger of Covid-19 is greater.

Covid-19 in Papua is increasing. Handling by the Indonesian colonial and colonial Papuans is not serious. Colonials and capitalists are even more concerned with companies compared to the people. In this condition, the independent Papuan political movement was also slow in responding to this, even though the Papuan people were in grave danger.

In addition to the people of Papua faced with the Covid-19 pendemic, the people will also be faced with the issue of the extension of the contract of work of PT. Freeport and the issue of the end of Special Autonomy in 2021. Overlapping issues have marginalized the people and made land of interest by colonial Indonesia for the capitalist and imperialist countries to continue to continue the contract of PT. Freeport and Otsus status.

Seeing the above problems, the Socialist Party of Papua (PSP) states the attitude:

Thus we make this statement of attitude.