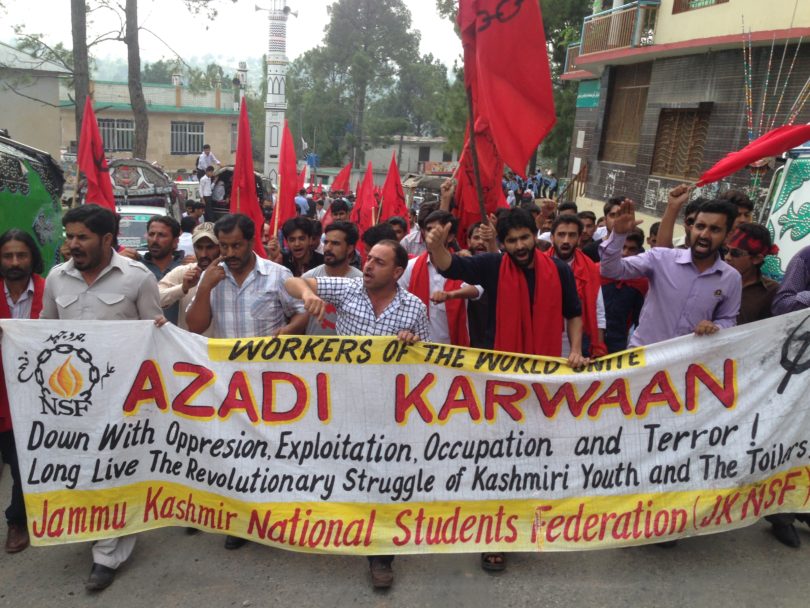 Jammu Kashmir National students Federation completed its 50 years of irreconcilable struggle. So far in this thorny journey of struggle, JKNSF sacrificed a lot to alive the struggle of socialism which is the only way forward to get freedom of homeland and mankind. On completing 50 years we published a detailed document on our struggle and paying tribute to martyrs of JKNSF who sacrificed their Lives in the struggle for freedom.

Other Speakers said that JKNSF completed the journey of 50 years. In this journey, we sacrificed a lot to challenge this system. On both sides of LOC the system and its disciples crossed the every limit of barbarism. In 2016 once again the movement has emerged and Indian army is trying to crush it brutally but the youth and ordinary people are firmed against this brutality. People from both sides of LOC stand firmly against every injustice and fought an irreconcilable war against this oppression. It was Leadership of both sides who betrayed the Kashmiris and act as disciples of the Indian and Pakistani state. The leadership is also confused and it could not unite this fragmented movement. JKNSF from its emergence fought a scientific war to channelize this movement with the working class of India and Pakistan. JKNSF addressed not only the Kashmiris but the people of  subcontinent. On the Golden Jubilee once again we published a document in which ideological and historical struggle of JKNSF is discussed. We believe we cannot get real freedom in the limitation of capitalism. The only way to get freedom is by channelizing the  movements and a joint struggle of whole Kashmir, Jammu, Ladakh and Gilgit-Baltistan and with the support from working class of India and Pakistan will be more powerful to end up the slavery and move towards a better world. 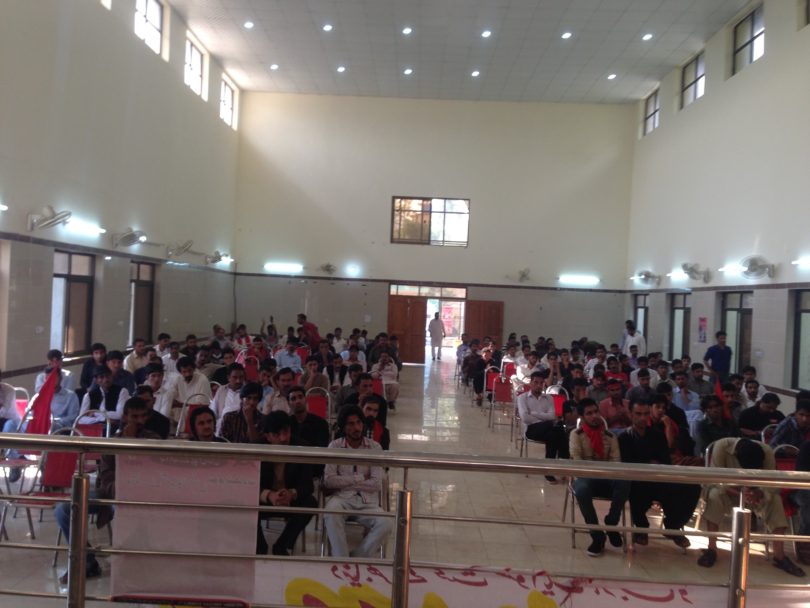 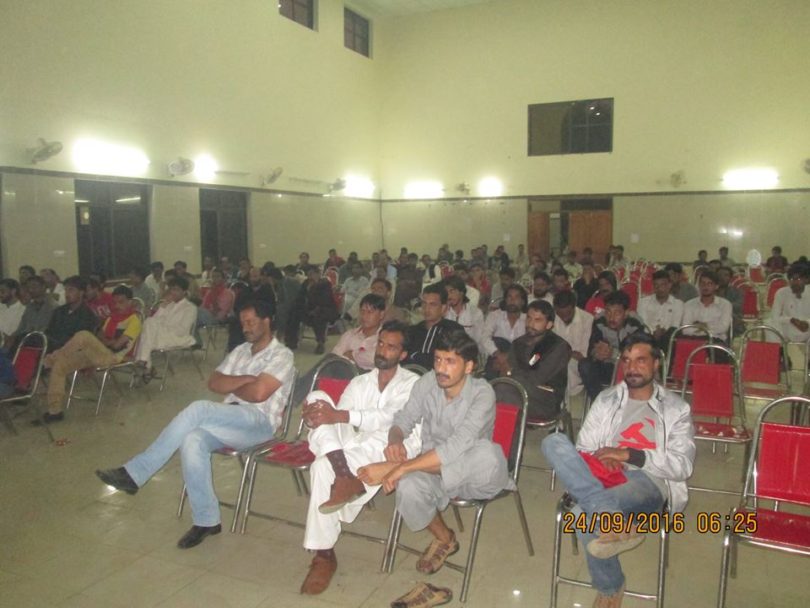 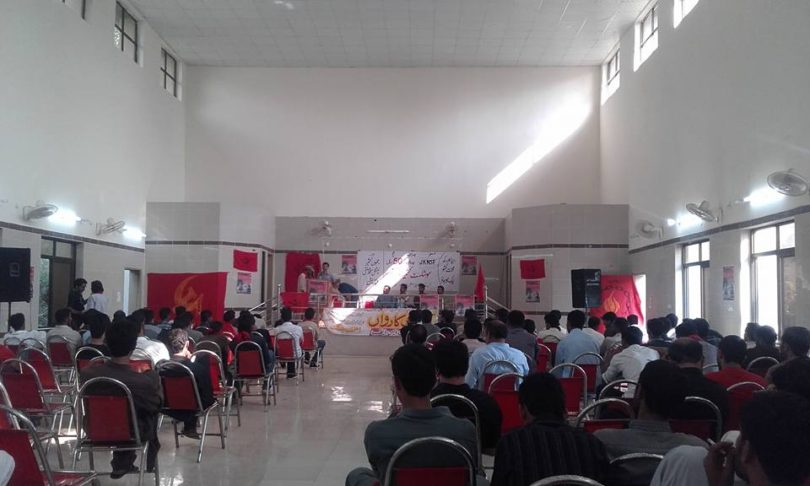 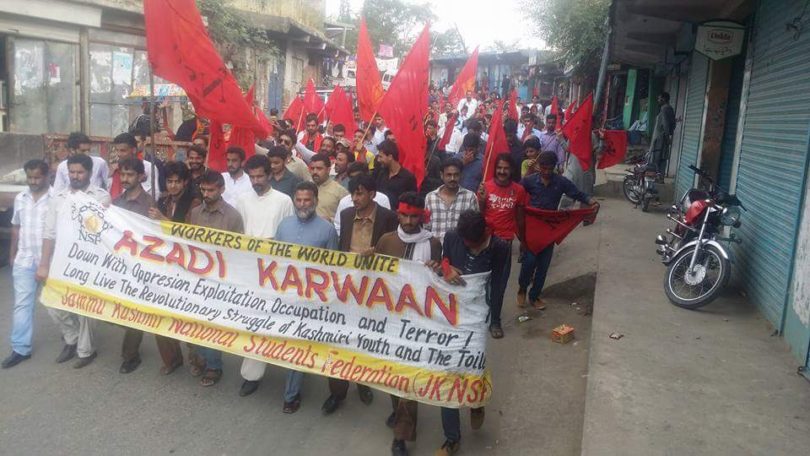 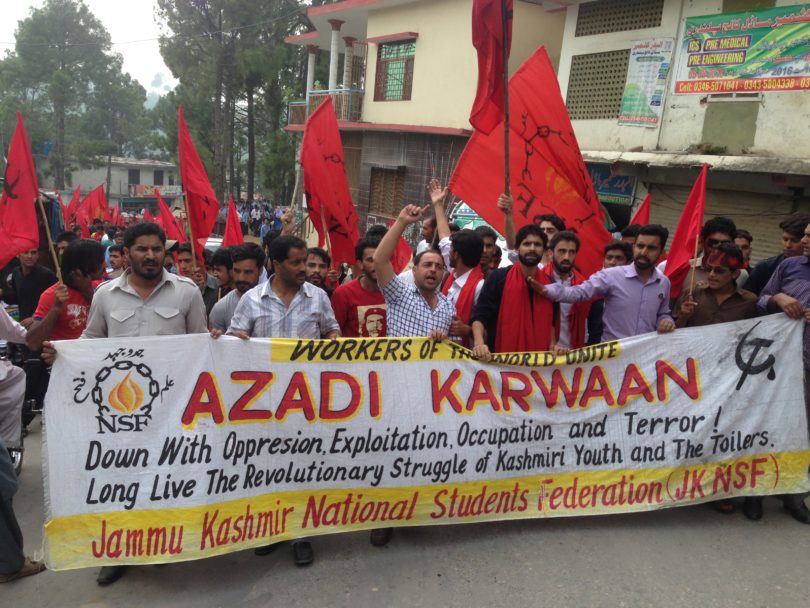 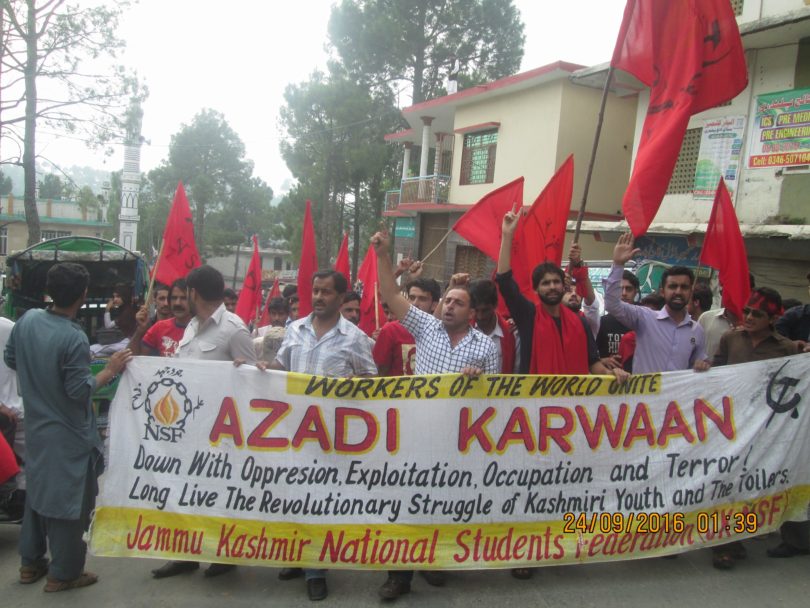 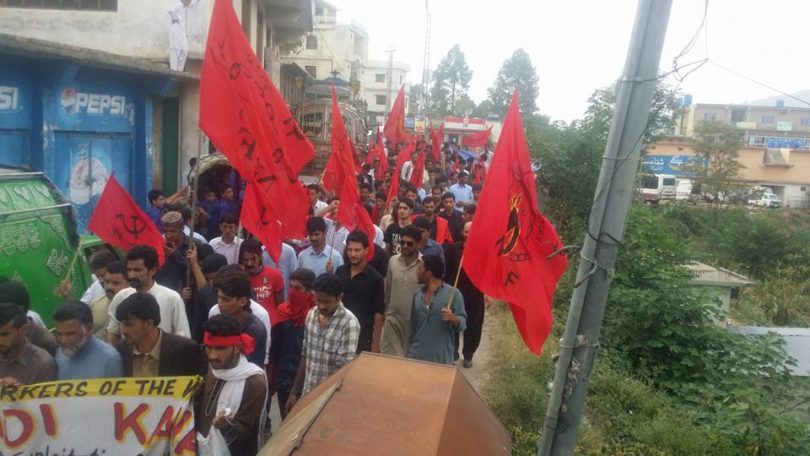 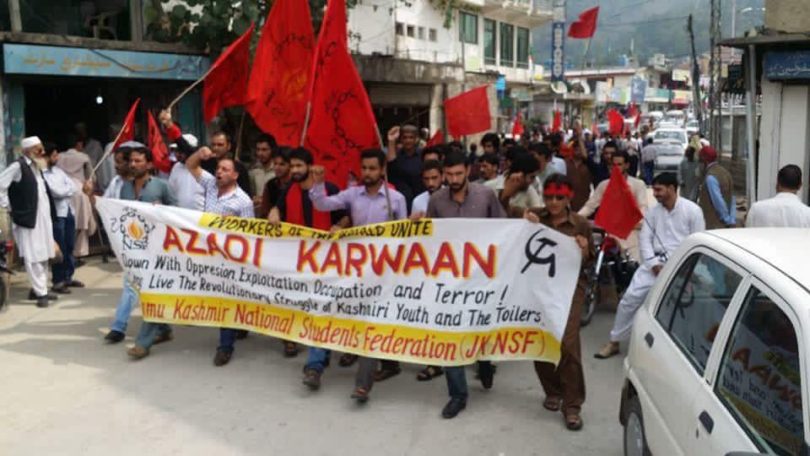 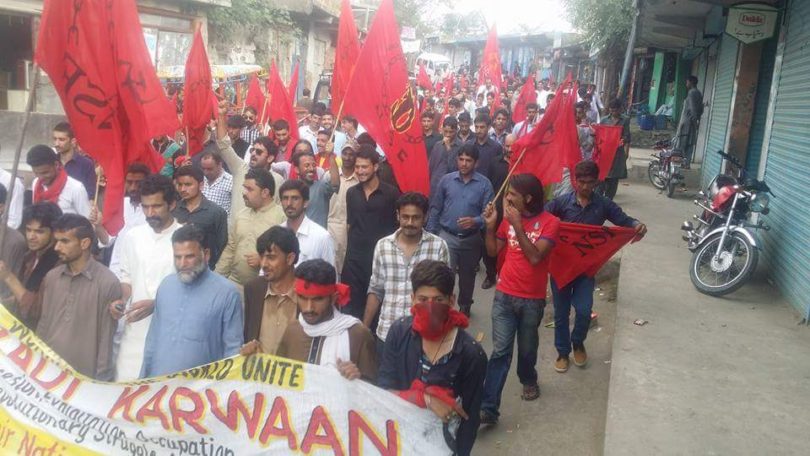 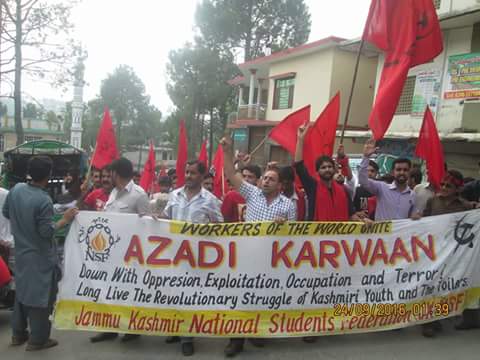