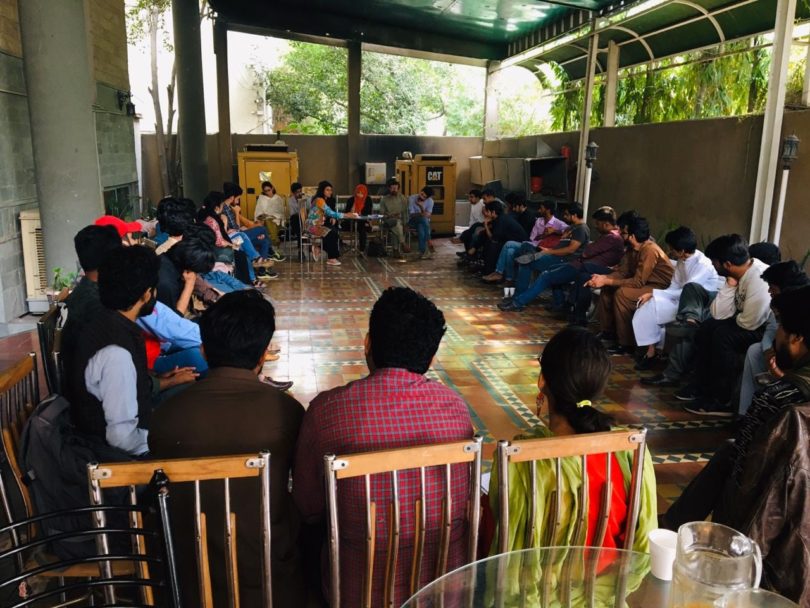 Several progressive student organisations from all over the country on Sunday, 3rd November 2019, formed the “Student Action Committee (SAC)” at the national level to demand restoration of the students union, representation of students in management, increase in education budget and other issues.

They all vowed to launch a nationwide struggle for the restoration of students union, against the cuts in educational budget, increasing harassment cases in universities, security forces interferences in educational institutions, student torture cases, lack of educational infrastructure and ban on freedom of expression.

The action committee would be led by Muzzamil Khan as a convener, while Mohiba Ahmed and Asad Baloch will be the spokespersons of SAC. SAC is formed upon the two members from each organisation. SAC announced to organise students against the increasing educational crises with the first activity — Students Unity March — on Nov 29.

The student representatives discussed that the PTI government had left educational campuses and students abandoned, dejected and directionless. The government had reduced the higher education budget to almost half, bringing Pakistan into the list of countries that spent very less on education.

They pointed out that the university campuses in Punjab were becoming increasingly unwelcoming of students from outside Punjab, and campuses such the University of Balochistan were becoming centres of sexual and mental harassment.

They questioned why there was no public sector educational infrastructure in Fata and Gilgit-Baltistan and why all educational institutions had increased tuition fee by 100 per cent across Pakistan? They said there were no sexual harassment committees on campuses, while fascist organisations were receiving support from the administrations and attacking innocent students in broad daylight.

They also said that hostels had been turned into prisons more than accommodation centres for the students. While the CDA forcebly evicting the private hostels in Islamabad. The educational institutions must provide quality accommodation to the students, said SAC members.