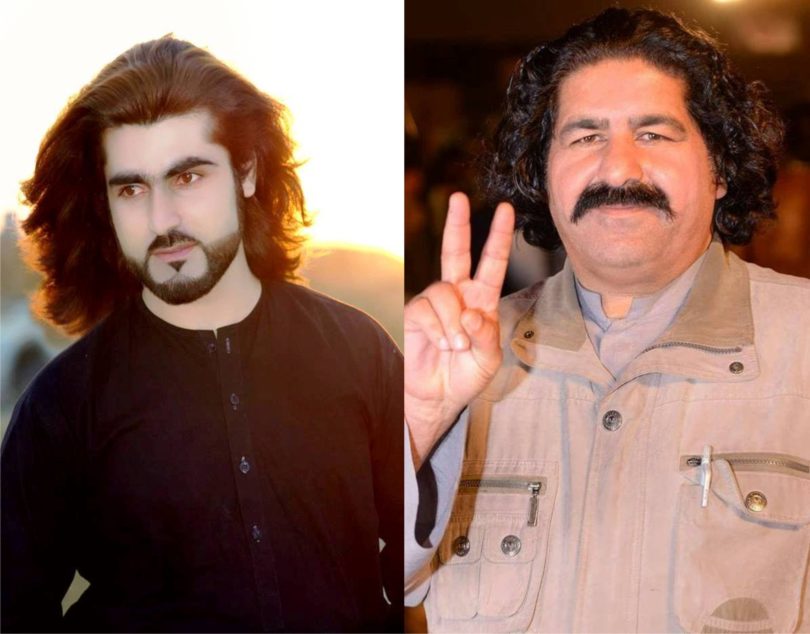 Naqeebullah Mehasood was killed in a fake encounter by a corrupt and land-grabber Police official, SSP Malir Rao Anwar on 13th January 2018. The so-called “encounter killings” are common in Pakistan. Rights groups say when police lack enough evidence for a court conviction, they extrajudicially kill suspects. In 2016, police said they had killed at least 318 suspects during raids and shootouts in Karachi, according to the Human Rights Commission of Pakistan (HCRP), an independent rights organisation. But Rao Anwar’s and many many other killings are much complex than just the lack of evidence. He facilitates the local property tycoons by arresting and threatening the people who refuse to sell their land to these property thugs. Rao arrests them in fabricated charges and in some extream situations kill them in fake encounters. In return, they make sure the safety and of Rao Anwar. Rao has deep connections with the ruling political elite as he serves them to get rid of their political opponents. Karachi is Petrograd of Pakistan with the huge number of proletariats and production share. So the control of Karachi the most important for the political bargaining. A police inquiry was ordered by the Supreme Court, which was told that Rao Anwar, the police officer responsible for the killing, had presided over at least 444 killings in 745 police shootouts since he took over as a senior police official in Karachi’s Malir district. 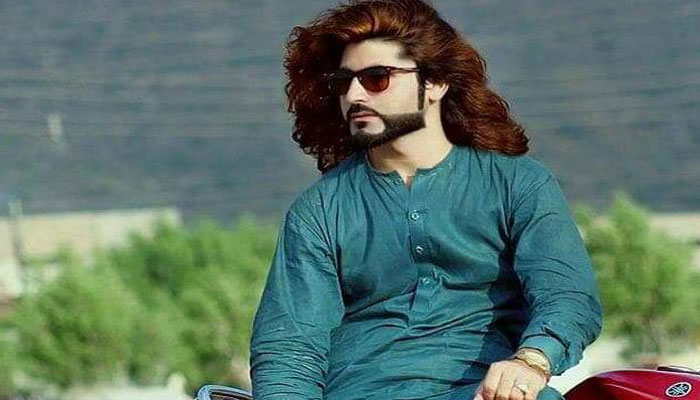 But the killing of Naqeebullah Mehasood sparked anger against the state violence among youth, especially the Pashtuns. The incident sparked national outrage, with relatives and friends protesting Naqeebullah’s innocence. They were joined by thousands of his fans – Naqeebullah ran a popular Facebook page where he posted pictures of himself modeling clothes and hairstyles. “He had worked a lot as a labourer, and that now that he was getting a good response from social media [to his modeling], he would open a shop […] and then all this fame would help to make the shop successful”, said his friend. 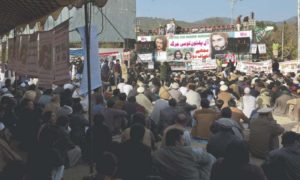 At first, the Pashtun Qaumi Jirga organised by the Mehsud tribe in Sohrab Goth in protest against the extrajudicial killing of a South Waziristan youngster. Later on, the Grand Jirga moved to the Capital, Islamabad. Thousands of people gathered in Islamabad and put immediate five demands to end the Sit-In protest.

Corporate media is totally avoiding this peaceful sit-in protest by the Pashtuns. Many from the local community of Islamabad are visiting this protest. After the conclusion of the historic winter school a delegation of JKNSF, RSF and PTUDC comrades visited there. Comrade Rashid Shiekh, former chairman JKNSF, made a fiery speech in the Dharna. 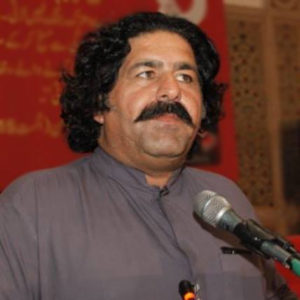 Ali Wazir was present there from the very first day. Ali Wazir is from Wana, South Waziristan. In last General elections, he got 8750 but the establishment manipulated the victory of right-wing PMLN candidate. People of Waziristan think that Ali was defeated due to his revolutionary and Socialist Ideology. On Monday 5th February, the Jirga Management assigned Ali a task to go to Waziristan and lead a Caravan from there. 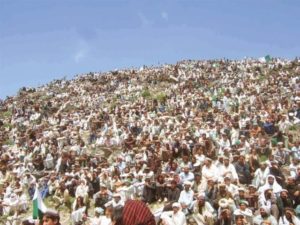 Rally of the Ali Wazir Campaign 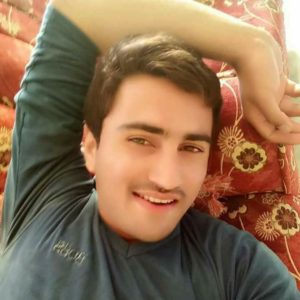 Meanwhile, young Idreas Wazir, who was going to Islamabad to join the sit-in protest, was killed by the reactionary terrorist forces. The local community protested against this barbaric act and set to the fire of so-called “Good Taliban’s” office. After that Ali Wazir was arrested and moved to an unknown place. Due to the repeated condemnation resolutions and announcements in Islamabad Dharna and the pressure by the local community of Dera Ismail Khan, Ali Wazir and others were released in the midnight of Tuesday.

The movement of Long March to the Dharna (Sit-In Protest) is teaching great lessons to the masses. There is anger not only in the Pashtun workers and youth but all across the country. The political leaders are hypocritically coming to the protest to save their political careers but workers and youth are not taking them seriously. This is evident with an event that when a local representative of PPP, whose top leadership is being linked with brutal murderer Rao Anwar, came to address the protest faced critics and even the protesters threw shows at him. The masses are not stupid, they cannot be fooled all the times. They are learning and understanding that the political and bureaucratic elite and they their system is the main cause of their misery. These sparks of anger can be a huge tornado of fire which can demolish this elite, their official and unofficial goons and ultimately their system.