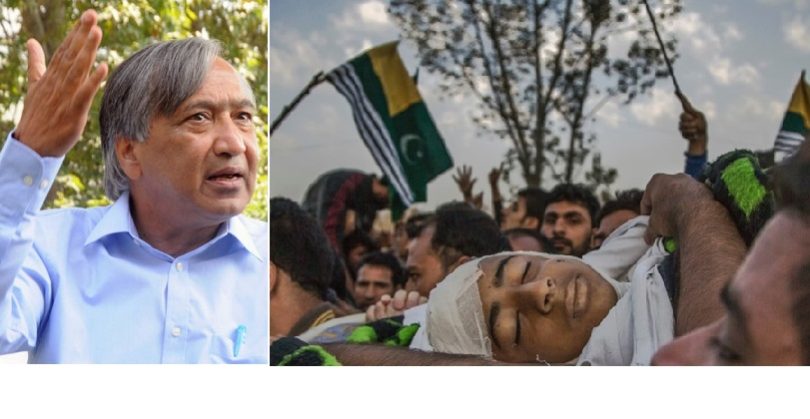 The following letter regarding the tragic death of 12-year-old Junaid, indiscriminate use of force and random arrests of people under draconian laws like PSA has been sent by Mohammad Yousuf Tarigami, CPI(M) leader and MLA to Ms Mehbooba Mufti, Hon’ble Chief Minister, J&K.

With the tragic and shocking death of one more Junaid, all the Kashmiri parents have lost one more young son, who could have bloomed and proved an asset for the State. The gruesome killing by pellet firing must have tormented you as well, I believe. However, one fails to understand why the pellet guns are still being used, despite the fact that its use was strongly denounced by the entire opposition and the matter was vehemently discussed in the parliament too. There was also an assurance about its withdrawal from the mob control arsenal. I understand that as the head of the Unified Command, you are empowered to disallow the use of this weapon, which despite counter claims, has proved quite lethal.

Junaid is no more and like scores of our other departed youngsters would not return to his wailing mother. The due punishment if meted out to his killers may lessen her grief and may also prove a deterrent and consequently save the precious lives of others.

It is, as such in the interest of justice and safeguard of basic human rights that the present case, in fact all such cases should be investigated thoroughly, responsibility fixed and the guilty punished. Delay and negligence in this regard is bound to prove disastrous.

As a lifelong political activist and public representative, I am deeply concerned about the ongoing painful turmoil in the State. Needless to mention that it has left over ninety people dead and thousands injured. I reiterate my and my party’s understanding that the present scenario comprising unending huge protests and the vicious cycle of violence has deep political roots and the remedy lies in addressing the peoples political aspirations and grievances rather than the blatant use of force.

I would like to emphasize that the use of excessive and indiscriminate force while dealing with the situation merely as a law and order problem, will further erode the trust of the masses in the government and widen the gulf which would be extremely difficult to bridge. As is evident the trust deficit and alienation are at their peak and could lead to dangerous consequences.

Keeping the precarious ground situation in view, it is quite rational and advisable to deal with the situation with extreme caution. While maintaining public order, the law enforcing agencies should not become a law unto themselves and resort to the maxim of tit for tat. The police and the para military forces should protect the law and not break it. Reports are pouring in that the police and the security forces beat people indiscriminately, enter houses forcibly at night, vandalize the property and pick up people at random. This needs to be checked immediately.

Till now number of youngsters and political activists have been put behind bars under the infamous Public Safety Act. Needless to say that this act being a draconian law should in no way be invoked for the maintenance of law & order in the state.  An elected government is normally expected to avoid the use of force even in the face of serious provocations.

(Oh Ghalib, there is no way out,
But to express;
The situation is tough and
The life is dear!) 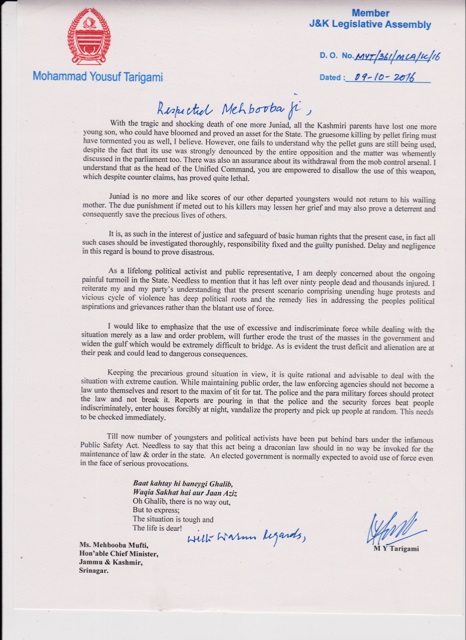