86th Death anniversary of revolutionary icon Bhagat Singh commemorated in Karachi on 23rd march. The ceremony was held in Irteqa institute of Social Sciences. Students and youth from BSO, JKNSF, PTUDC, RSF, Zulfiqar Ali Bhutto College, Urdu University and Karachi University participated in the ceremony.  Jannat Hussain opened the discussion by highlighting the revolutionary struggle of Bhagat Singh against the British Raj and capitalism. He explained his revolutionary struggle against the local ruling elite especially Gandhi and the congress. He also explained his ideological evolution from his national liberation struggle to class struggle. After that, a movie session “The Legend of Bhagat Singh” had been organized. The audience watched the movie with great interest. By the end of the movie, comrades analyzed the movie and paid tribute to Bhagat Singh and his companions.  Participants actively participated in the discussion. Zahid Arif and Tanveer from JKNSF, Shahek Baloch from BSO, Hatim Khan Parwar Azad from SZABLC, Nazeer Alam, Riyaz Hussain Baloch and Babar Panwar fro PTUDC contributed in the discussion. At the end, Majid Memon Finance Secretary of PTUDC summed up the discussion and said that Bhagat Singh and his comrades Rajguru and Sukhdev were struggling to eliminate colonialism, imperialism and capitalism as well, through a socialist revolution. Today’s youth should learn the lesson from their struggle. He said that there is no way out except a revolutionary struggle against this exploitative system. The ceremony was concluded by the singing of workers’ internationale. 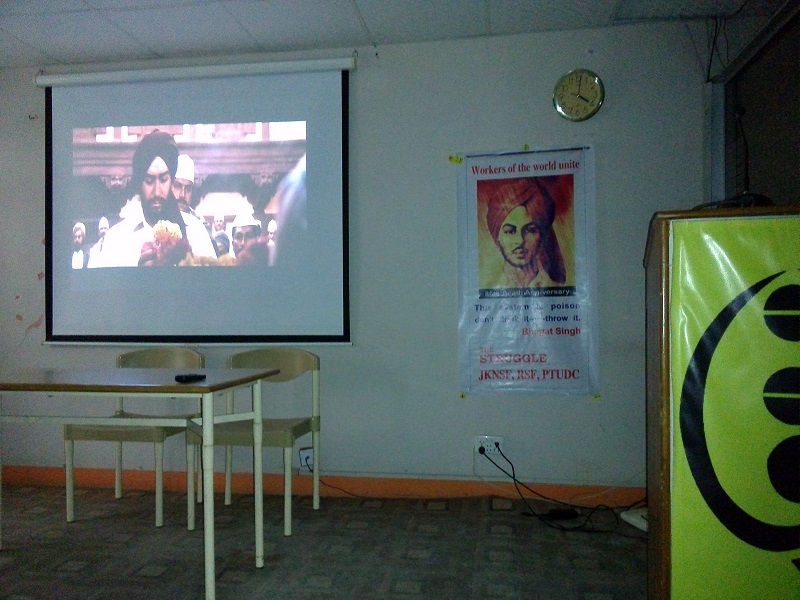 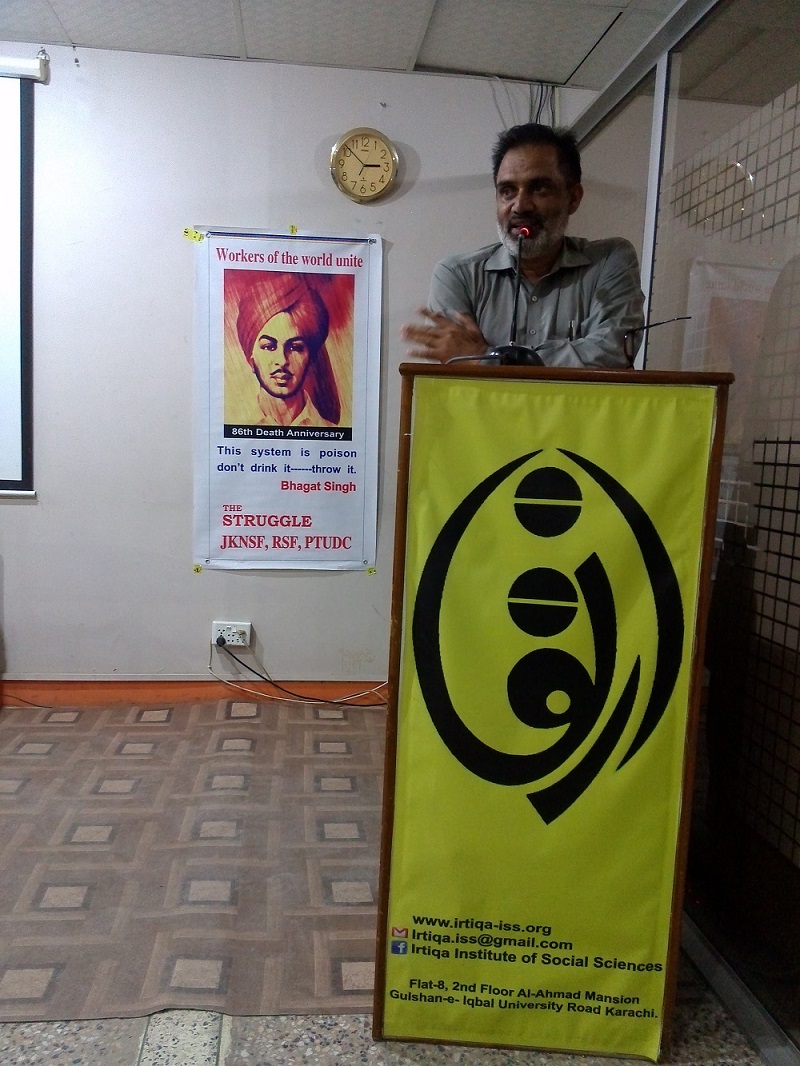 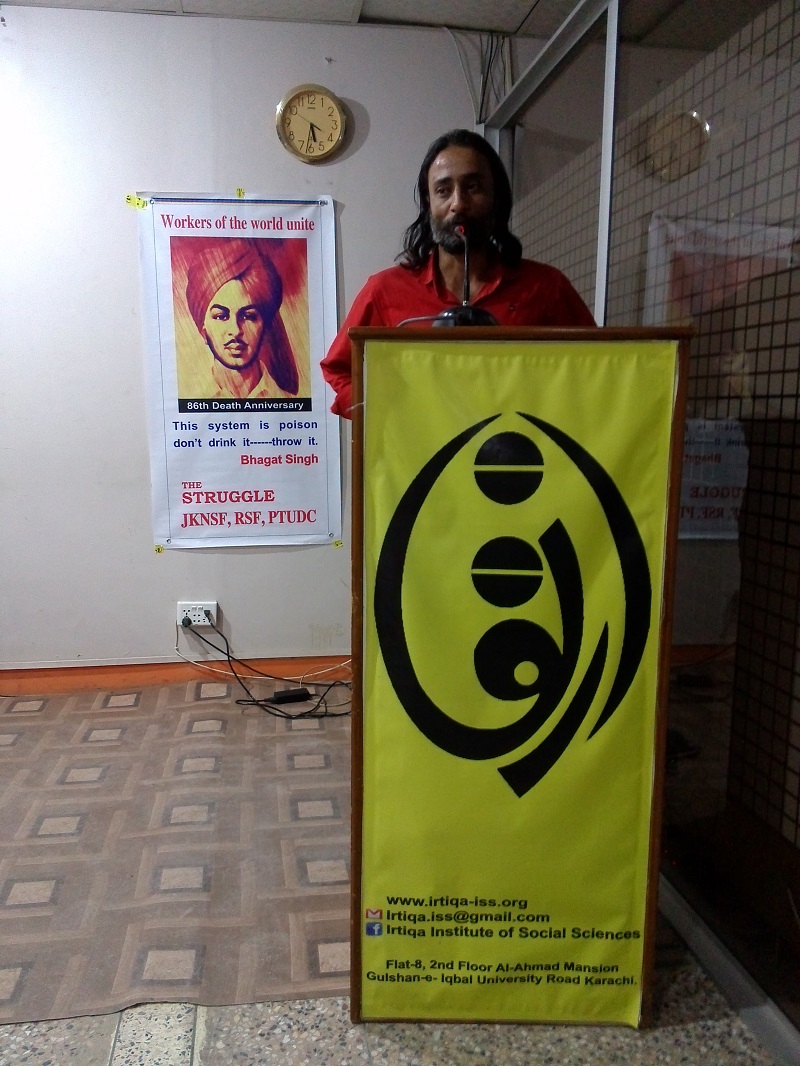 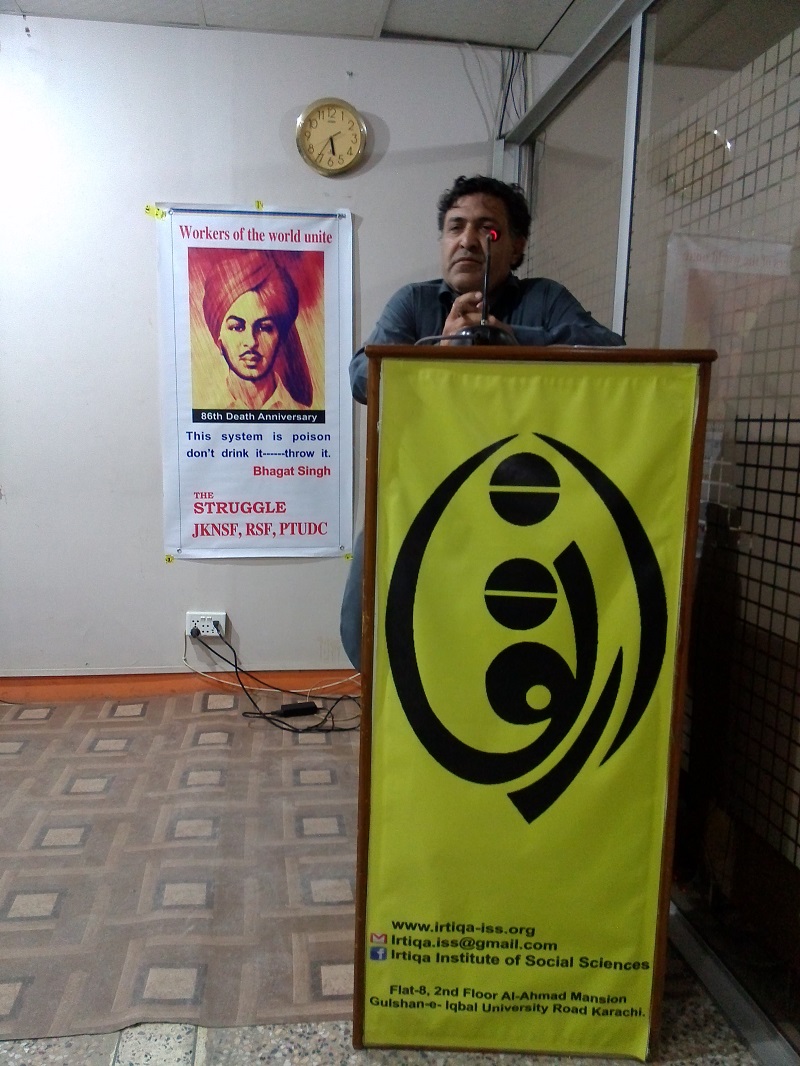 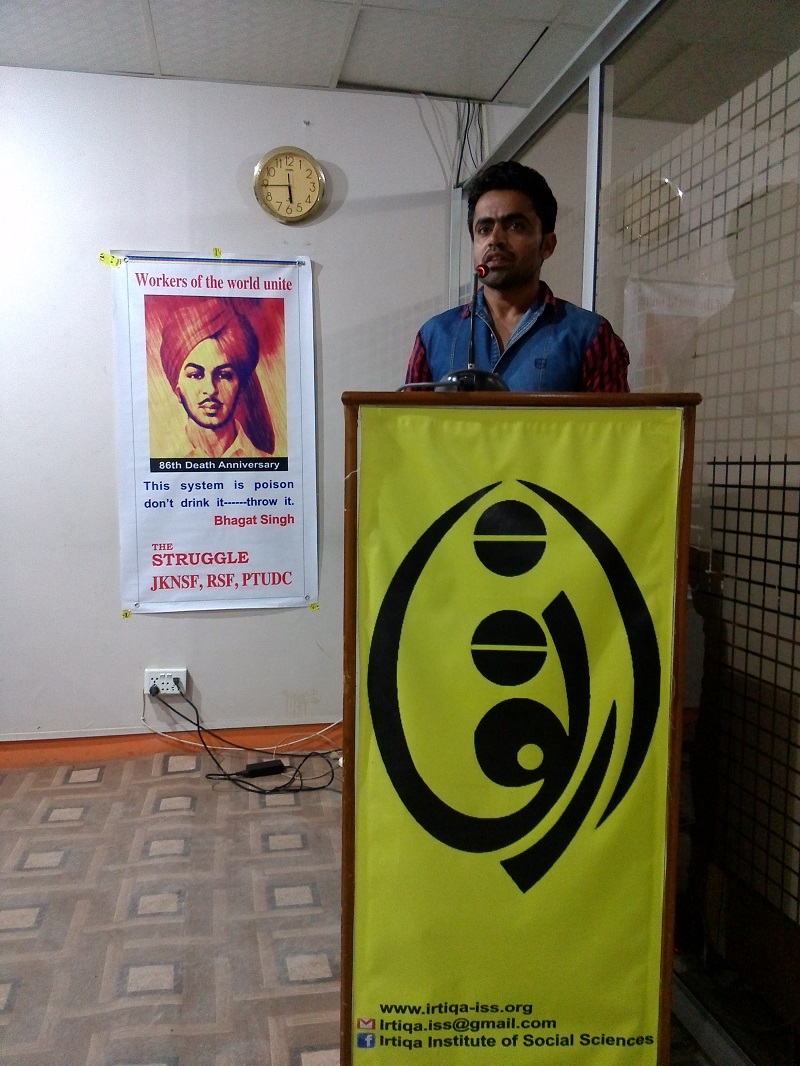 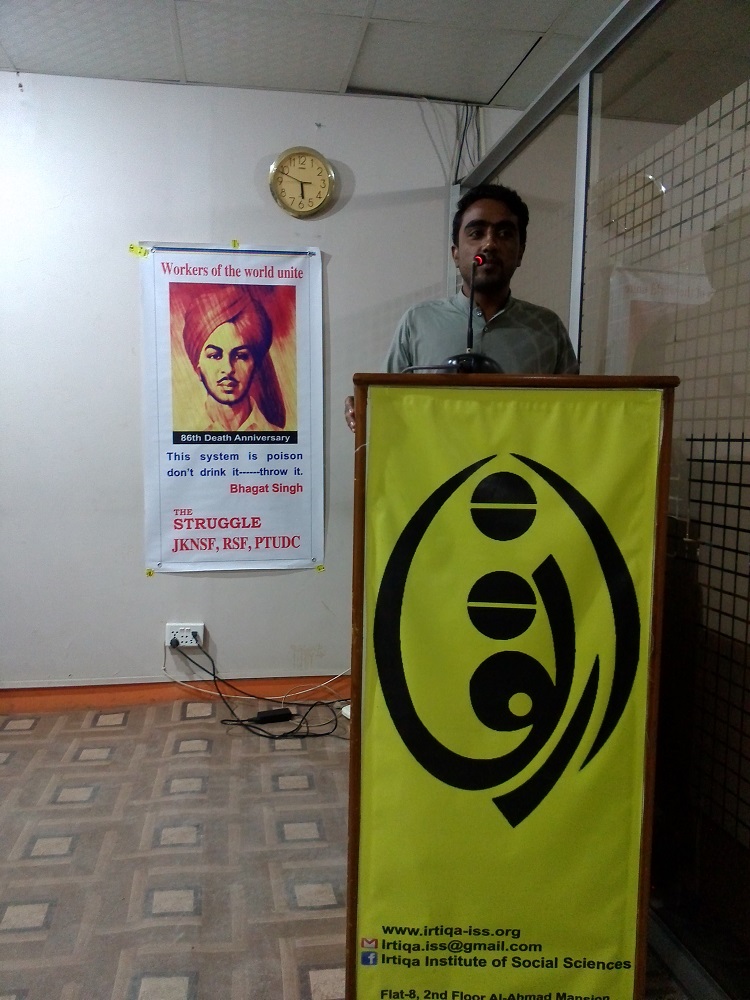 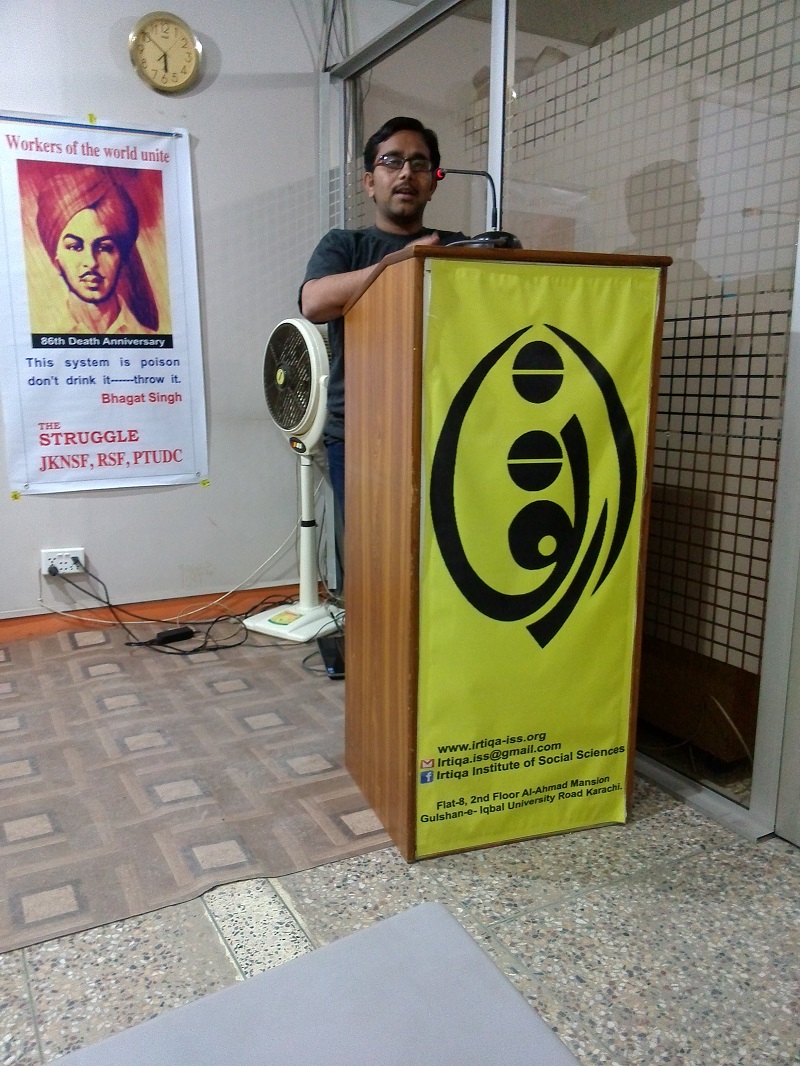 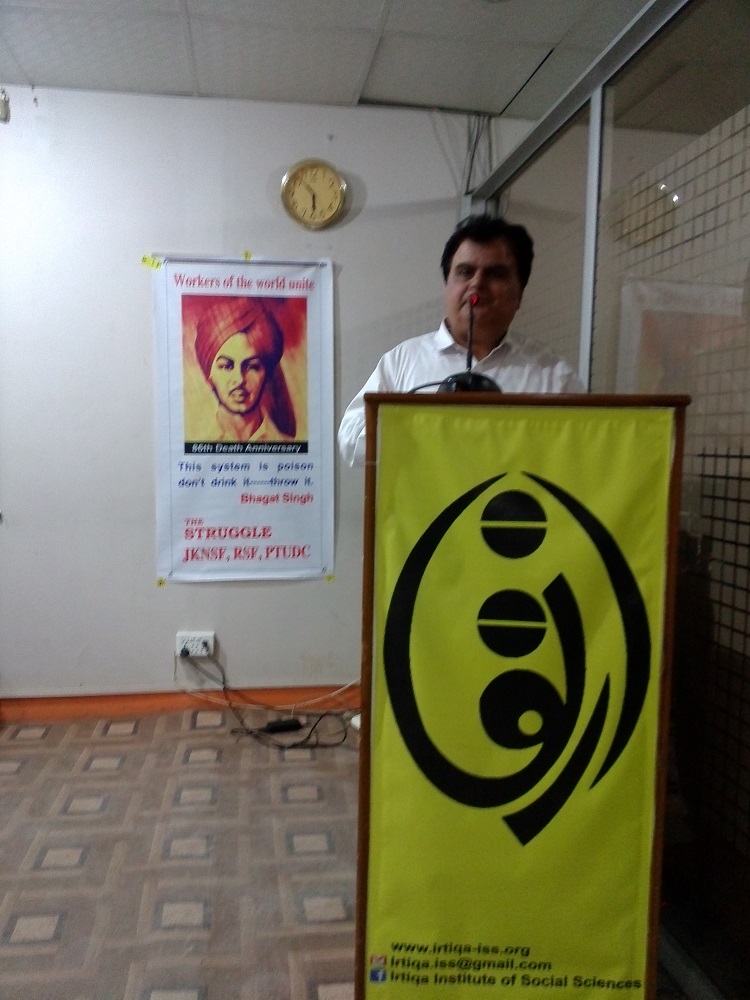 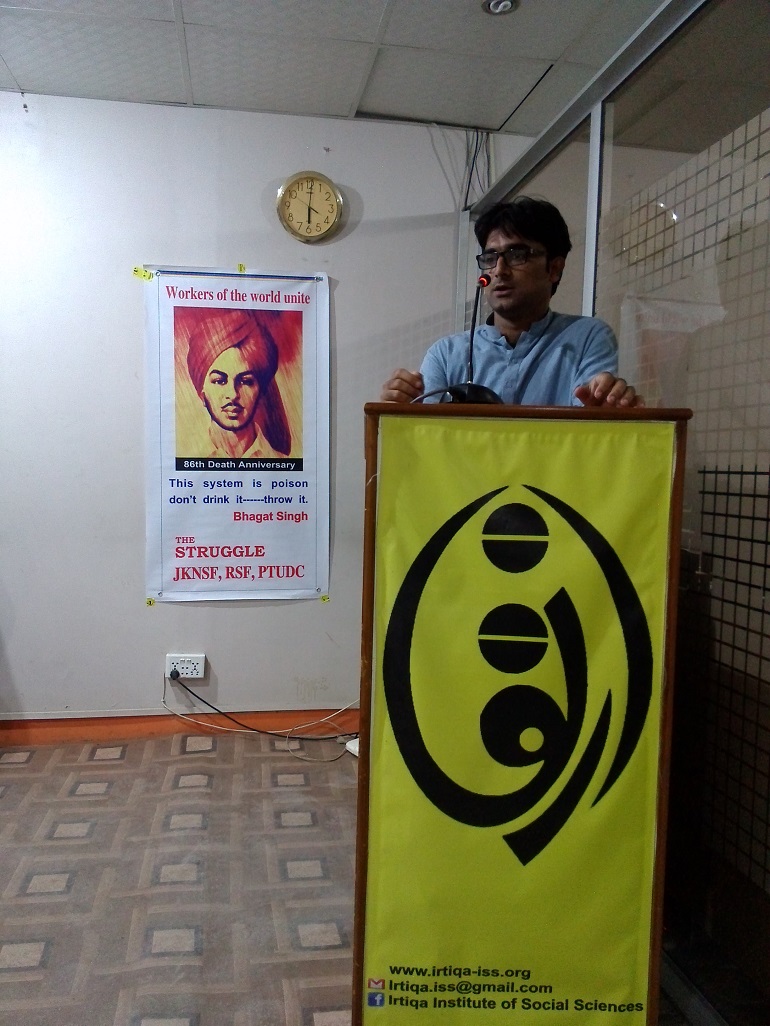 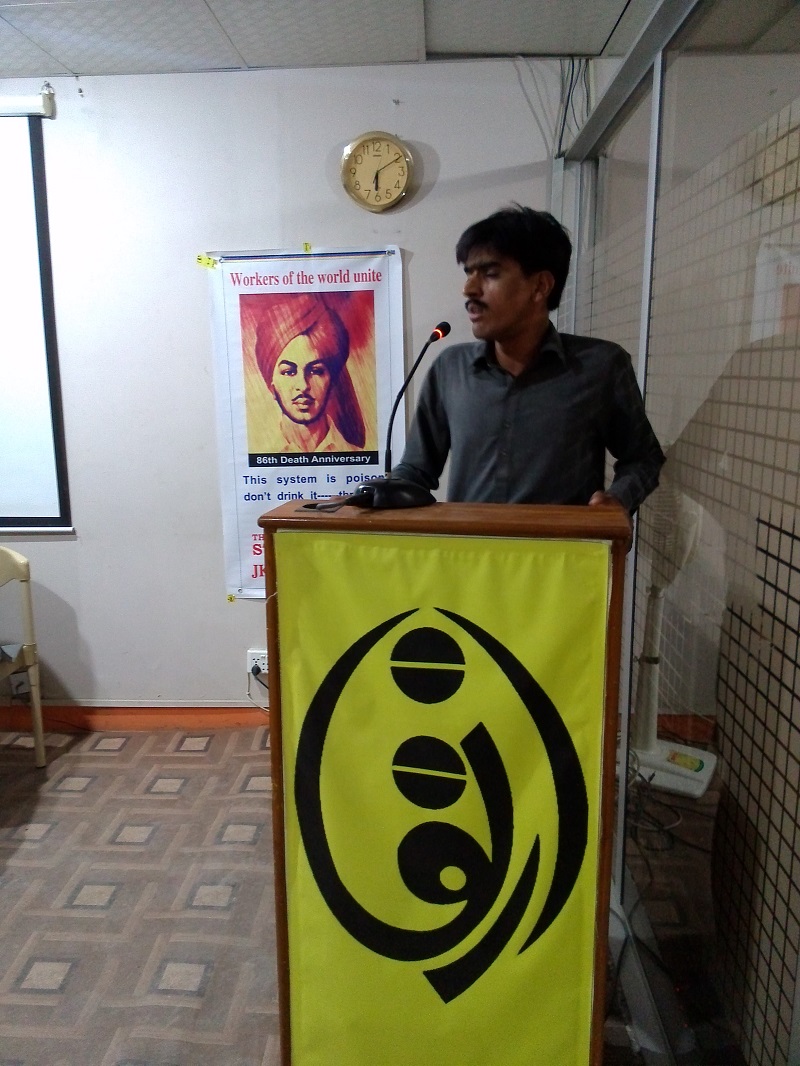 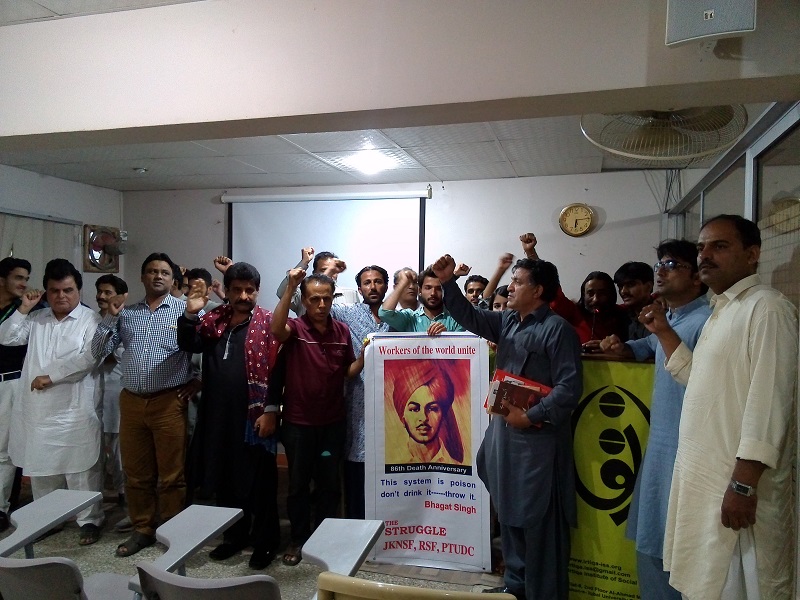