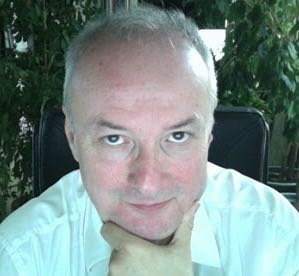 On the night of September 06, 2016 our comrade of thirty-six years died in a Brussels hospital due to a lethally malignant cancer that had metastasised ferociously. It was diagnosed barely a month ago. It was a shock and grief for those who knew Jean Lievens close enough. He was a devoted Marxist revolutionary till his last breath. His main theoretical expertise was in Marxist economics. He pursued the subject passionately and put in enormous efforts to research and develop the Marxist analysis of economics with the technological advances and the new discoveries and invention in the contemporary era. He was one of the most talented Marxists of our times.

Jean had an innovative grasp on the political, ideological and organisational tasks of the revolutionaries in Belgium and around the planet. But above all Jean was exceptionally modest and humble with the comrades. He was equally sharp and daring against the ruling classes, the state and forces of reaction. His defiance against bureaucratic manoeuvring and bullying tactics was bold and robust. Jean’s company was always so pleasant and delightful. His discussions on the most complicated issues were based on profound scientific arguments. On his home page, he had a quote of Albert Einstein inscribed that read: “If you can’t explain it simply, you don’t understand it well enough.” Jean’s mannerism was so humane and reassuring that it always left a pleasant impression after one parted from him.

As a friend he was sincere, generous, self-sacrificing and loyal. Such traits are rare in this present epoch. He felt deeply the pain for the suffering of the humankind and was always prepared to sacrifice for the cause of revolutionary socialism wherever he could. At the time of his diagnosis and hospitalisation, he had just started to write a major theoretical article on the world economy and perspective for the Asian Marxist Review. He always encouraged and supported the work of the comrades of The Struggle who were building a revolutionary Marxist force in Pakistan. His support and encouragement shall always be cherished and the comrades in Pakistan who had a chance to work with him can never forget his role in the building of The Struggle from days of the beginning to organise the group of Pakistani exiles in Holland and Belgium in1980.

The memories of Jean’s pleasant personality, his sharp and joyous wit and blissful moments spent together will always be with us. They will remain as a source of inspiration, courage, strength and love in the struggles that loom ahead and the rest of our lives.