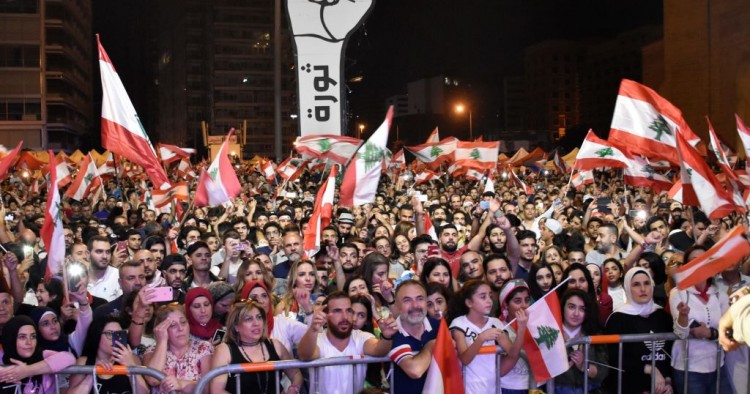 We regret that we are addressing you today under this heading, the last statement.
The Youth Movement for Change, which was born from the guts of the popular movement in 2015 and continued its struggle for years, until reaching the uprising of October 17, 2019, made an effort through its activists to work on different struggles, but could not achieve its objectives for various reasons, some objective, which is what we expected because we know that the powers of the ruling system, the security and military forces, the media, the banks and others will confront us with all their might to preserve their gains.

In the subjective causes, the activists of the youth movement have shown that honesty is the key to change and that transparency in discourse and revolutionary clarity are two essential levers for any political movement. We all know that in political action, there are difficulties that we must go through, and this is one of the external reasons that brought us here.

Many differences in views and in the reading of ideology were involved in the youth movement. These differences generated a divergence in the way of thinking, analyzing and reading about the crisis that the country and the world are going through. To be clear, these disparities existed from the first moment of launch under the name “Youth Against the System”, but organizational cohesion at that time had prevailed. In the last stages, and given the existing organizational gap, which was reflected in all instances of the movement and permanently weakened the work, continuing the organizational work under the name of “Youth Movement for Change” became almost impossible.

The dissolution of the Youth Movement for Change is not proposed as a renunciation of the struggle, on the contrary, all the arenas of struggle are open to all our people, how can the fighters who have gained operational experience be invested in new frameworks?

The Political Office of the Youth Movement for Change, in announcing the dissolution of the movement, calls on all the comrades who share the same points of view to organize themselves in new frameworks so that the course of the struggle does not stop.

We will come out of this stage, preserving the relationship of camaraderie among all the members, and we will continue our struggle, each one in his field until social justice is achieved.

As we made clear in the previous statement, we intend to continue our revolutionary path in Lebanon, and we have started a new plan of action trying to organize and participate in the struggles. Our action plan is based on 3 main points:

We call on all the comrades to commit to the construction of these new bases because we are convinced that our only salvation is the revolutionary party that can directly intervene in the class struggle and at the same time complete the path in the construction of the workers internationalism, from sharing the struggle and solidarity with our comrades around the world.