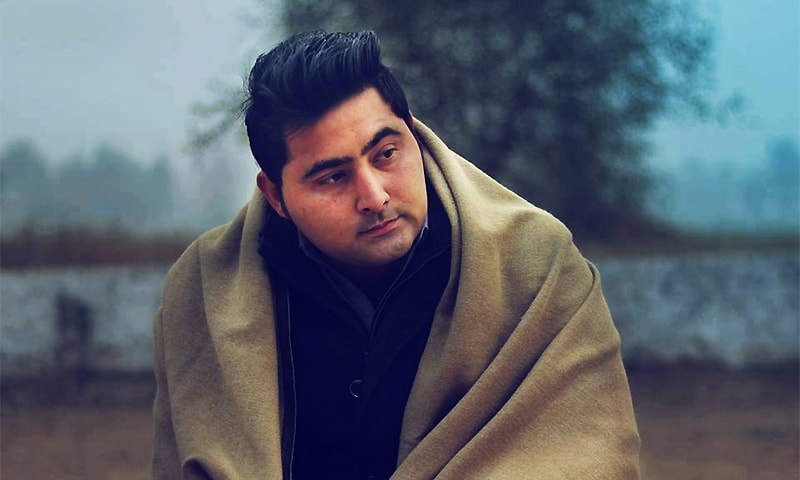 April 13th, 2017 is a day of historical tragedy. Even today, the scenes of brutality and a horror chill-down the-spine. There was pain in every heart and every mother’s eye was tearful. The entire society was ashamed to see the helplessness of a father. Mashal Khan’s father, Iqbal Lala became an epitome for courage and perseverance, with that the extraordinary bravery and courage of Shereen Yar Yousafzai also made history by standing firm in the face of barbarism. He took his family rifle to make sure the funeral rites of Mashal Khan at the time when the black wind of terror was blowing on the society like a plague. It was an extraordinary step, yet very important one. He had never met Mashal Khan. Due to the shared passion for poetry, he had little acquaintance with his father. But he must have realized that serious accusations, such as blasphemy, were being falsely used on the basis of personal and political grievances. When Shereen Yar reached Mashal Khan’s house in a village near Swabi for the purpose of funeral, the house was completely deserted and desolate. The Maulvis of the area had declared that whoever performed the funeral or recited it would be committing kufr and the marriage would be dissolved, the same declarations that the regressive and savage mullahs have always made. Mashal Khan’s funeral was performed only by four people. Shereen Yar and his friend bowed their heads in respect and held their rifles firmly to protect the funeral. No one was available to lead the final rituals. From nowhere a stranger, Shah Wali, got ready for this duty. On a street corner, a homeless man was watching this happening and all of a sudden he got up and ran in the streets asking residents to participate in the prayer. After that people started joining. “I have been told that my actions gave people the strength to stand with Mashal’s family. I don’t know any of it, but that day I went to attend a funeral, and so I did.” says Shereen Yar. The role of individuals in history is of such importance. Sometimes the extraordinary courage of individuals shakes societies.

The heartbreaking events of that day reveal the systematic regression imposed in the educational institutions. The people involved in the lynching of Mashal Khan did not suddenly appear from any other planet. The mob included his classmates and friends. In the presence of hundreds of rioters, three dozen main characters dragged Mashal Khan out of his room, trampled on the stairs and rained batons upon him. The pots were blown on his head. Even in his unconscious condition, Mashal Khan continuously tried to prove his innocence in front of these beasts. He kept asking for water and begging to be taken to the hospital. With the tacit consent of almost everyone present there the local PTI leader fired a bullet upon him and silenced him forever. The mob kept making videos. This was an expression of the poison that had been injected into the veins of this society since the days of Zia’s dictatorship, and the effects of which have become much more acute today (especially during Imran Khan’s reactionary rule). From Sialkot to Sindh such incidents are being witnessed continuously.

Mashal Khan’s teacher Zia-ud-Din Hamdard still feels the lament for his helplessness. Within a week of this incident, he resigned. But what else he could have done. Mashal Khan is no more, but witnesses of his murder and his family is still forced to live in fear. Zia-ud-Din testified but today he is in exile to save his life. The JIT report and Zia-ud-Din’s testimony made it clear that the corrupt university administration was complicit in the plot to assassinate Mashal. Even during the hearings, Zia-ud-Din had to recite holy verses to prove his faith again and again. The ground was also narrowed for two other friends of Mashal Khan, Abdullah and Zubair.

It is quite clear and now proven that Mashal Khan’s only crime was to expose the corruption and nepotism in the institution with the connivance of the administration and a nationalist political party and its student wing. He always raised the voice of students’ rights. As a result, the fascist gangs of PTI and workers of so-called secular party student wing like Awami National Party, led by a reactionary student organization Jamiat, and with the connivance of the administration, falsely accused Mashal Khan of blasphemy and murdered him brutally. These are the main reasons behind the cruelty against a bright student in broad daylight that, according to his mother, even his finger bones were broken. The law enforcement agencies, including security personnel, remained silent and spectator and even some facilitated this barbarity.

The shadow of evil still haunting the university, the administration announced one month vacations after the heartbreaking incident. For the so-called extracurricular activities of the students, 20 clubs were formed in which 120 students were assigned the responsibility of improving the management of the institution. But talking about April 13, 2017 and Mashal Khan is still forbidden. After the death, which was later termed as martyrdom of Mashal Khan, the violence should have stopped but the administration increased its regression, bullying and power through various tactics while the rights of the students were constantly trampled. According to the students no one dares to complain about the harassment, incompetence of teacher, staff or administration now. Talking about Mashal Khan in particular is tantamount to overstepping the bounds. After the reopening of the institution, especially many female students did not return to the institution. After this incident, the expression of opinion was suppressed. The sword of insolence and blasphemy is hanging over everyone. According to one student, the bondage of religious fanatics had become so severe that many of Mashal Khan’s close friends had to justify their separation from him.

The brutal assassination of Mashal Khan will forever leave an indelible mark on the society across Pakistan and especially on the student’s movement. The recent rise of student politics in Pakistan is stained with Mashal’s blood and many of others like him. The blood of Mahsal Khan is debt on student politics. The various tactics temporarily suppressed it, but subsequent events turned the pain into hatred, which later on manifested itself in student protests across the country. The student movement has been hit hard by decades of stagnation. The social sciences are not subject to formal logic, nor do events occur in a straight line. The movement below the surface does not have to be immediately apparent on the horizon. But the humiliations and sufferings that flourish in the subconscious are manifested in the form of a single incident with all the sorrows and sufferings.

Mashal Khan, a 23-year-old student of Journalism, who was brutally murdered five years ago on the premises of Abdul Wali Khan University in Mardan, also has another identity. He was not a traditional young man. His ideology and school of thoughts are reflected on the walls of his hostel dorm and on his book shelf there. There were posters of Karl Marx and Che Guevara. Mashal Khan’s inclination was towards Marxist ideology. And he was not only a bookish thinker, but also practically engaged in fighting corruption of administration and its approved student organization, with which he had his own affiliation. It was his real crime that he had rebellious ideas, he thought and he struggled in practice as well. That bothered the reactionary elements, the corrupt administration and their guardianship. For this reason, the assassination of Mashal Khan is not merely a tragic incident of religious brutality, but a deliberate and systematic offensive against the youth who dares to think and ask questions. Mashal Khan was a companion of the revolutionary youth here. Mashal Khan was the Comrade of every rebellious youth who fought against the system of oppression and barbarism. This barbarism of regression is not against any individual. Mashal Khan was definitely targeted but it was a brutality against revolutionary thinking and ideology. Therefore, this ideology, the rebellious youth and the comrades of Mashal Khan are in debt to the blood-spill of Mashal.

In this system of capital and exploitation, justice is not possible with Mashal Khan. This brutality was against the revolutionary thinking and practice of which the oppressed and downtrodden class will take full account. The accused have been acquitted and sentenced. Some ran away. Some were arrested to avoid social outrage. But justice cannot be done with Mashal Khan without basically eradicating the idea of ​​fundamentalism and its social and financial foundations. And it is not possible to uproot these foundations of fundamentalism without the rebellion of the workers. The debt of Mashal Khan’s blood can only be paid by the victorious rebellion of the revolutionary youth and the working class.