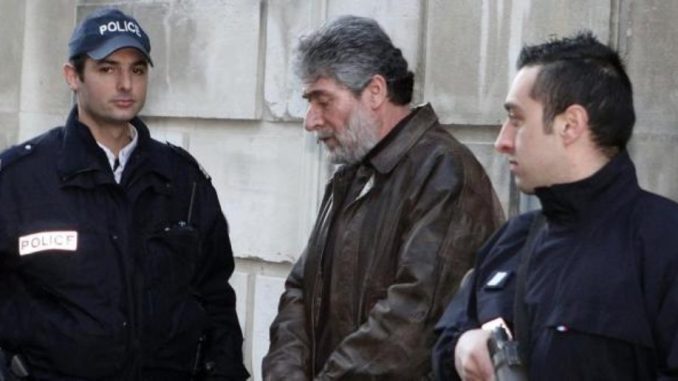 The International Socialist League declares its total solidarity with Georges Ibrahim Abdullah and the cause for which Palestine fought and continues to fight, from the river to the sea, against imperialism and Zionism.

Georges Ibrahim Abdullah remains in prison in France despite having received a judicial decision to be released from captivity. He is in administrative detention awaiting the Interior Minister’s signature on the deportation document, who is still postponing taking this step under pressure from the US-Israeli regime to make Georges the longest held political prisoner in all European prisons.

Consequently, Georges’ lawyer filed a lawsuit against the French government, causing the court to meet again in on January 27, 2022. Its decision will be issued this Thursday on February 10, 2020. 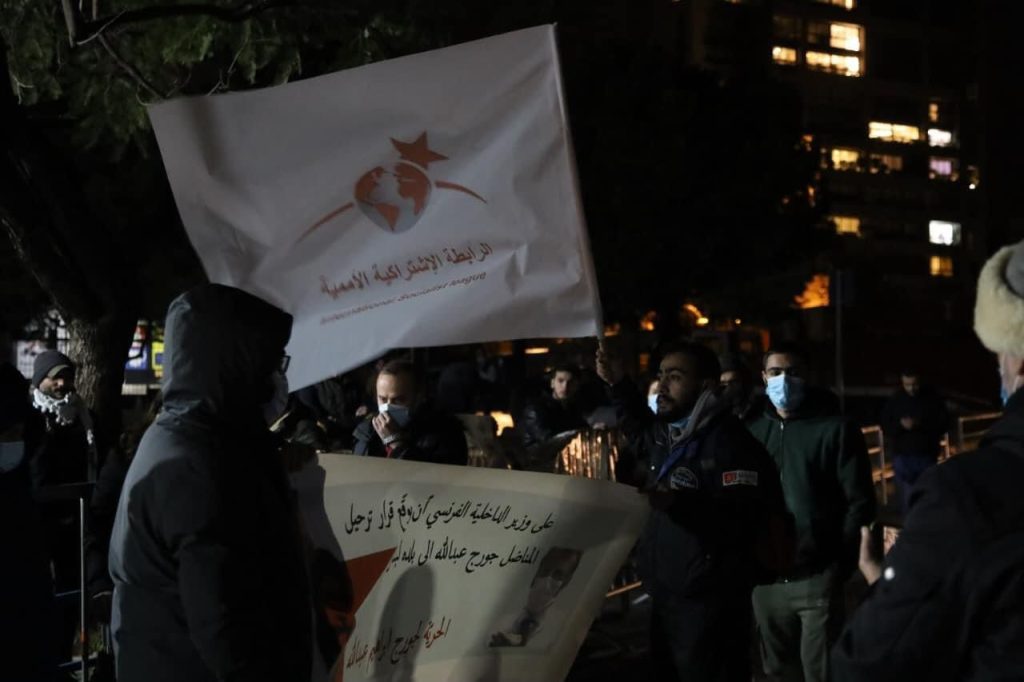 We know that the court’s decision will not oblige the Minister of the Interior to sign the release of Georges since he has expressed his position on several occasions, and also that the will of the jailer will only be bent by political and mass pressure. It is for these reasons that we launched numerous initiatives of the International Socialist League, which began at the beginning of the year with solidarity campaigns in different countries, we signed a joint petition that was presented in France, and now we are calling for joint action before the imminence of the announcement of the court’s decision. 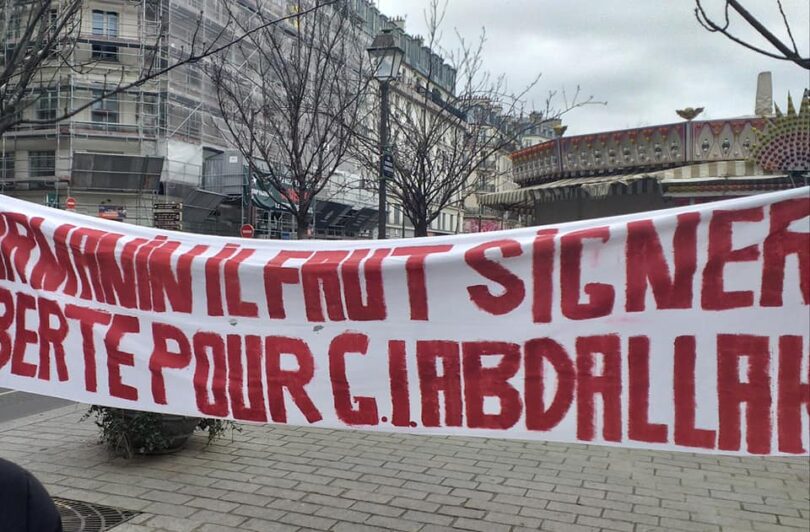 La Commune, French section of the International Socialist League (ISL) in the action before the Administrative Court of Paris demanding the freedom of Georges Ibrahaim Abdullah

Similar actions will be carried out in other countries in front of embassies, consulates and other solidarity initiatives. These steps will continue to increase as long as Georges remains in captivity.