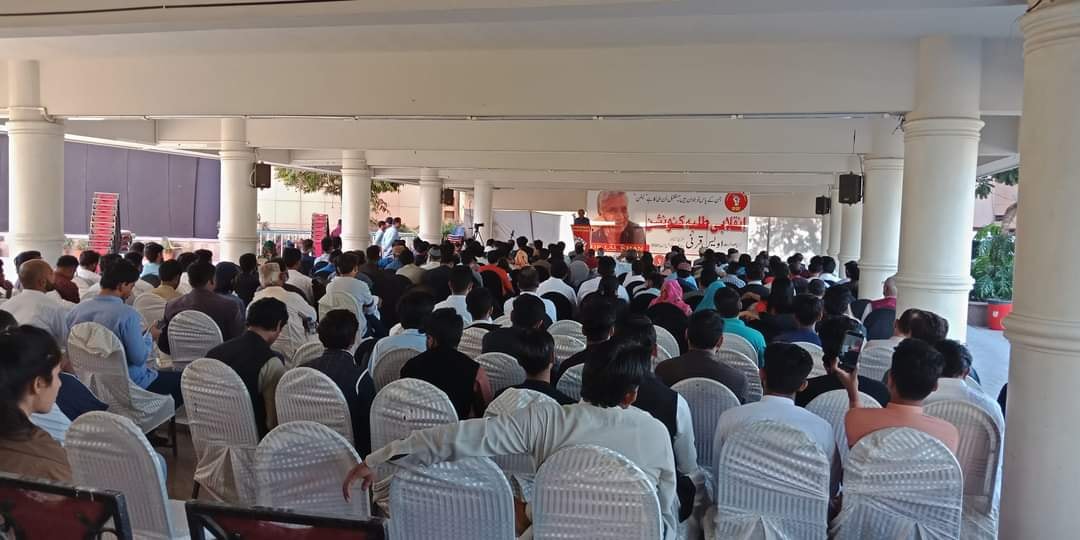 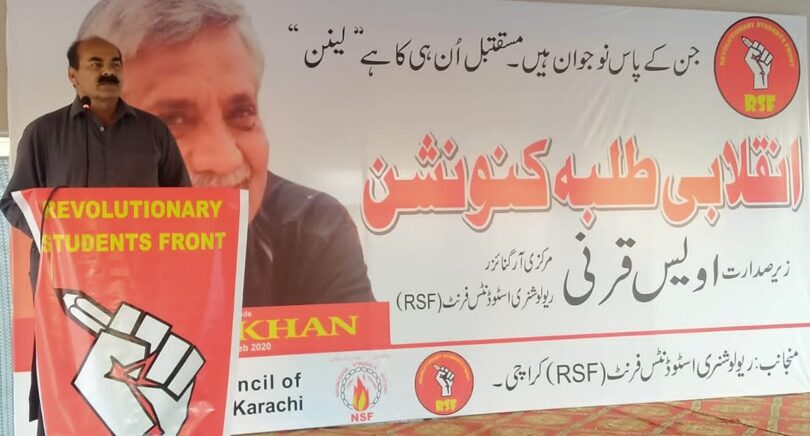 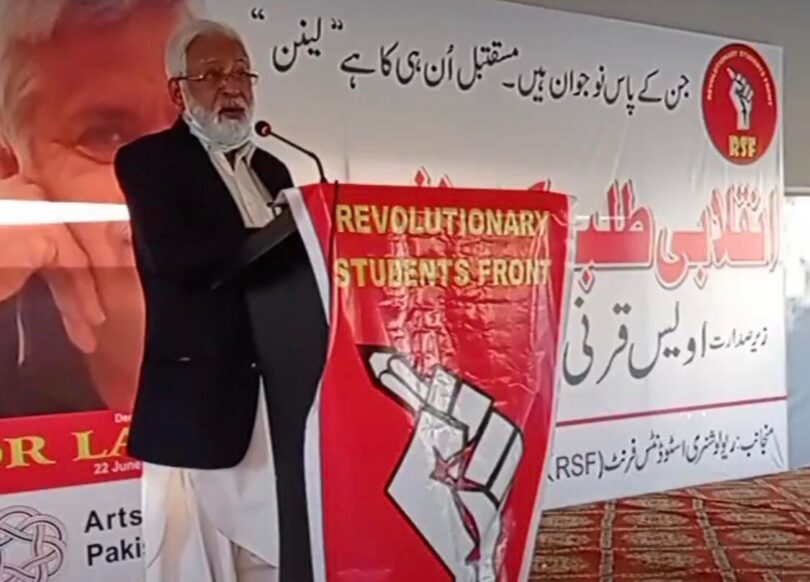 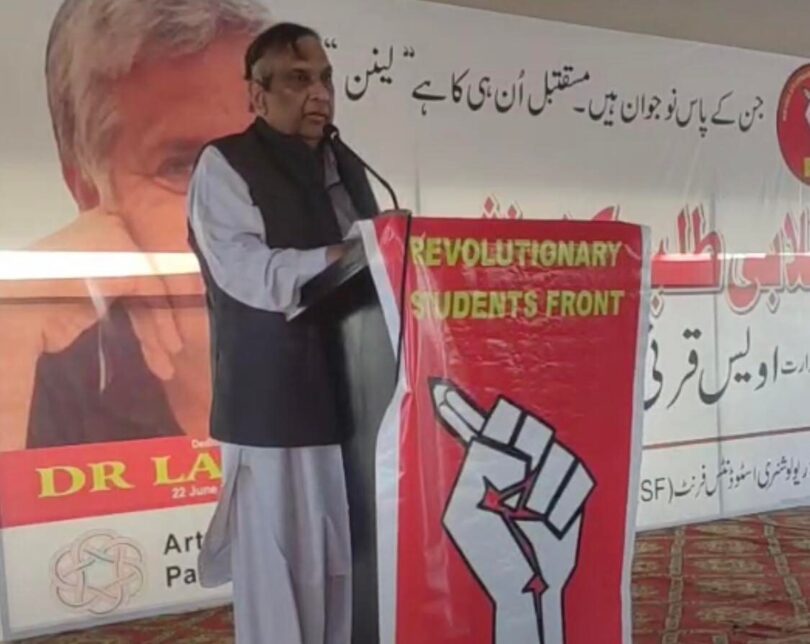 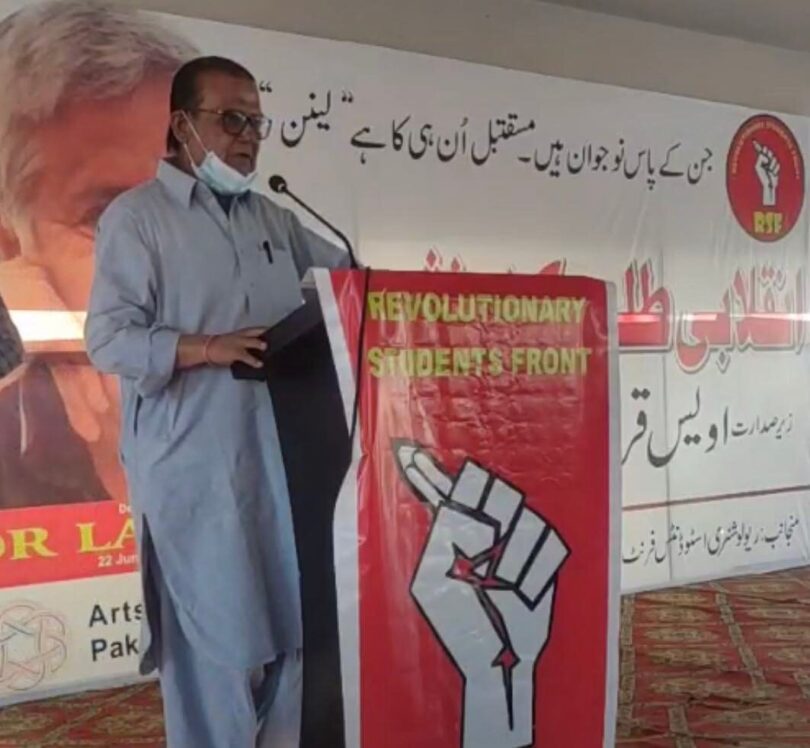 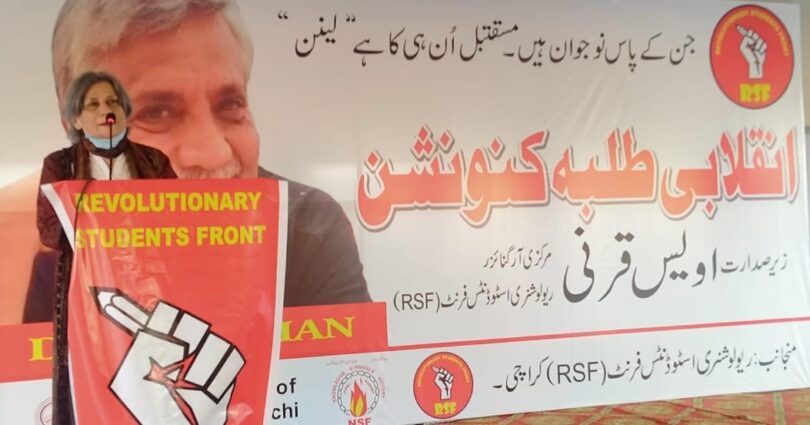 At the beginning of the convention, Amir Karim Lata, Routh, Manzoor and Abid recited revolutionary poetry. Before the commencement of the convention, silence was observed to pay tribute to our Comrades,  Tahir Hussain, Shiek Mujeeb, Raja Fatah of The Struggle, Karachi. Welcoming the participants at the convention, Hatim Khan, General Secretary RSF Karachi, delivered the opening speech. Zahid Arif of JKNSF, Rehman Babar of PSF, Miraj Shad of BSAC, and Naveed Abbas Kalhoro of Sindhi Student Movement, Waqas Alam of PrSF, and Rameez Misrani, Faisal Mastoi  of RSF spoke to the convention. 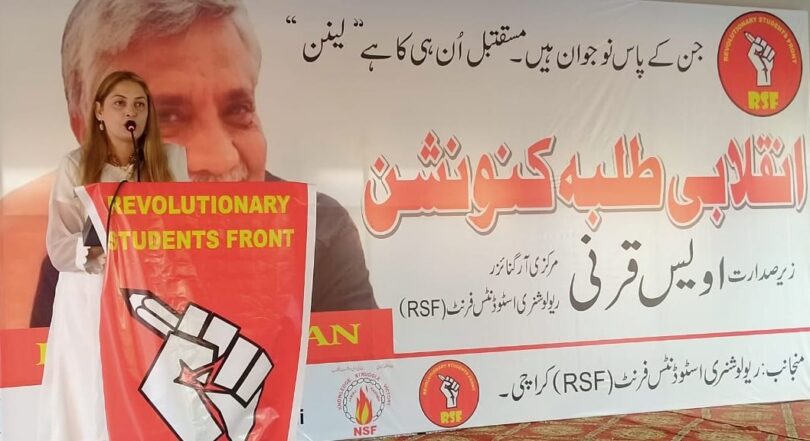 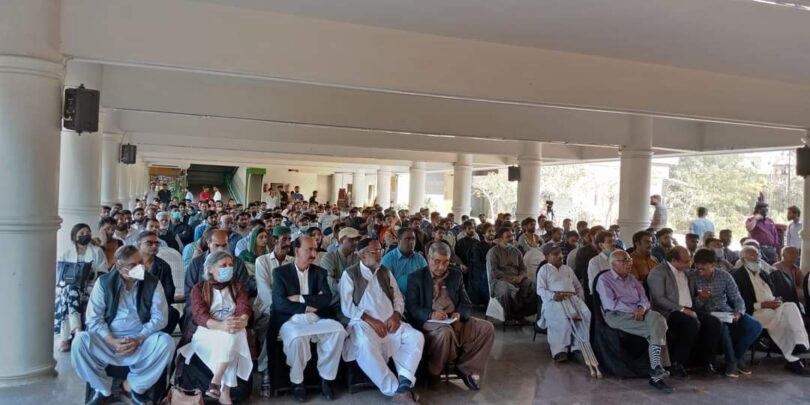 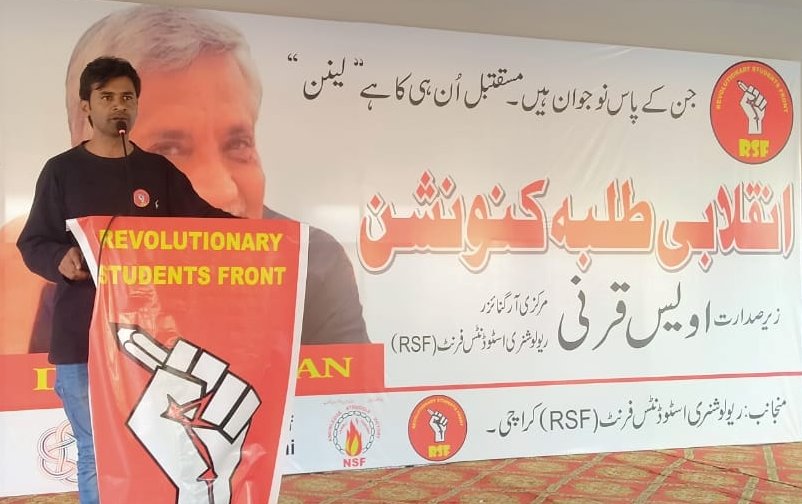 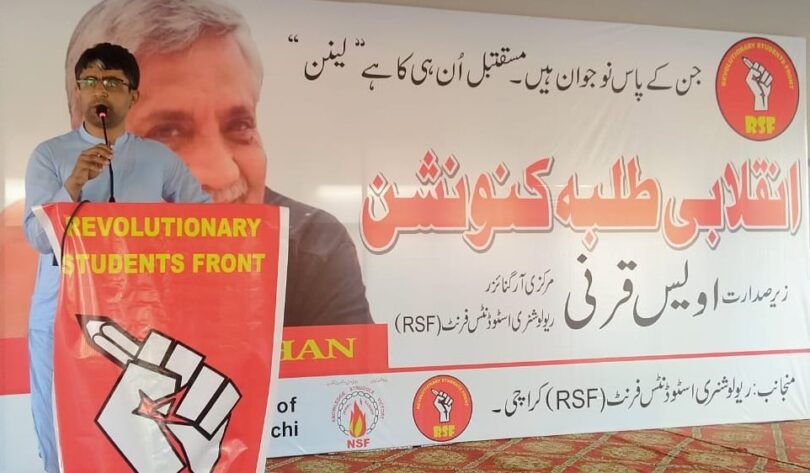 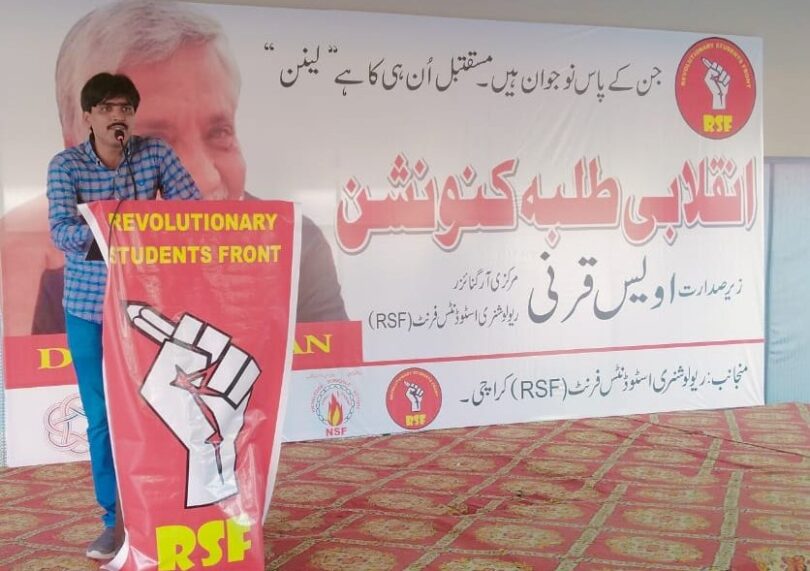 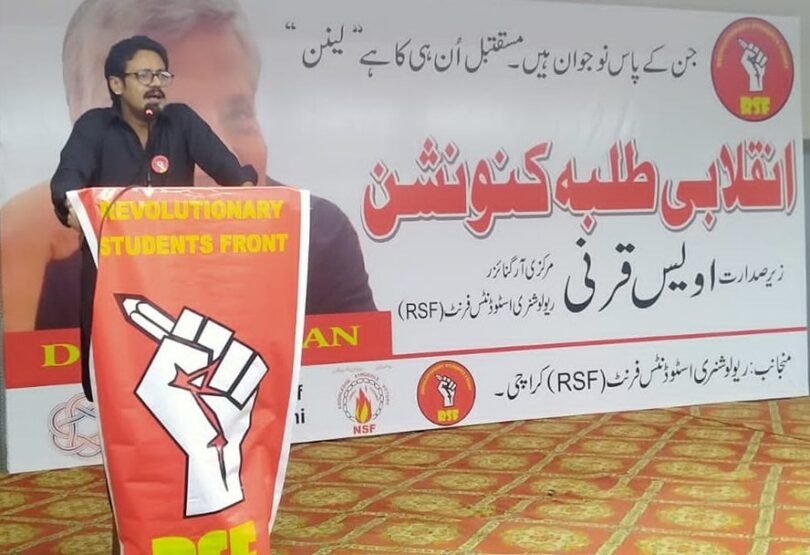 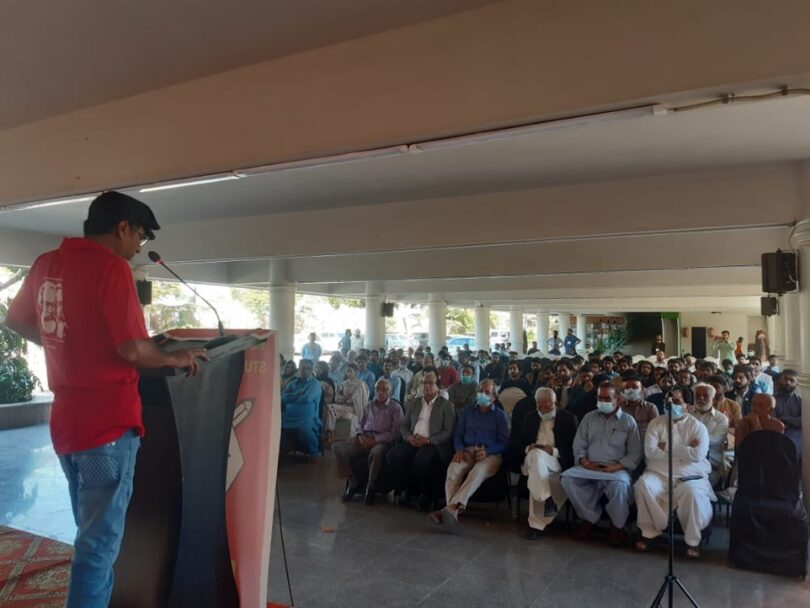 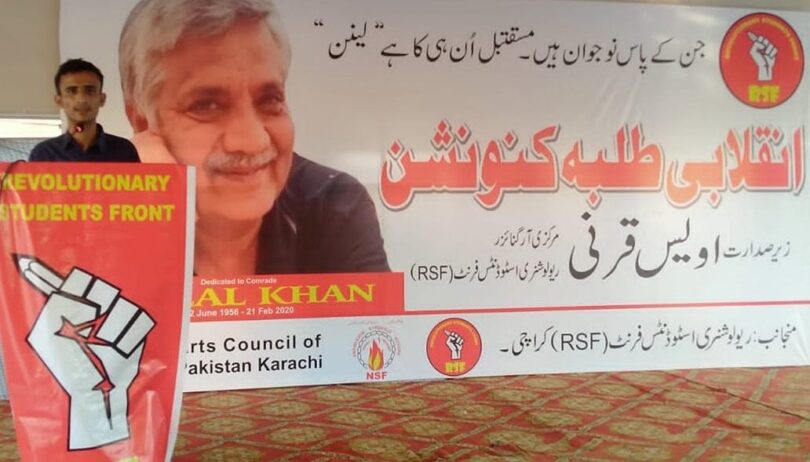 After the oath taking ceremony, Awais Qarni, central organizer of the RSF, who presided over the convention, in his address talked about the current political and social situation at the global and national level. He talked about the severe impacts of the neoliberal policies dictated by IMF on the economy, politics and society of Pakistan, Inflation is rising by the second and the youth here is being deprived of the most basic rights of education and employment. The oppressive measures against students for demanding their democratic and constitutional rights are apparent before the whole world. Furthermore, he spoke about the sham democracy in Pakistan where comrade Ali Wazir has been in jail under false charges for over a year now but the democratic courts here are unable to provide him justice. Finally, he spoke on the importance and role of student unions and demanded that student unions be revived at the national level and their election schedules be announced immediately. And all student issues, particularly transportation, hostels and harassment, should be addressed on a priority basis.  The convention was formally concluded with the Internationale.