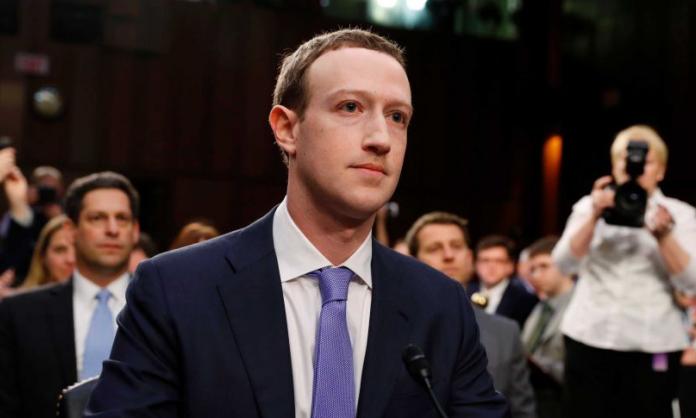 Facebook is removing anti-fascist groups and fascist militias from its platforms in a sweeping act of censorship that it claims is “an effort to keep people safe”. The company said that nearly 1,000 groups and more than 500 pages have thus far been taken down, and 1,400 Instagram hashtags restricted. The details of the operation are not yet clear, but left-wing sites targeted include CrimethInc and It’s Going Down.

“Today we are expanding our Dangerous Individuals and Organizations policy to address organizations and movements that have demonstrated significant risks to public safety but do not meet the rigorous criteria to be designated as a dangerous organization and banned from having any presence on our platform”, the company said in a statement, which also confirms that they are specifically targeting “anarchists”, “Antifa”, and those who encourage “riots”: all the leftist bogeymen of the US far right.

Much like US President Donald Trump, Facebook provided zero evidence to back its claim that groups organising against the re-emergence of Nazism are a menace to society. It doesn’t need to. Like nurse Ratched ordering the lobotomy of Randle McMurphy in One flew over the cuckoo’s nest, Facebook CEO Mark Zuckerberg only has to grow impatient with antifa operating outside the bounds of deferential-to-power protest and take it upon himself to become the enforcer—without oversight from anyone.

This wouldn’t matter if it were some café owner asking the larrikins to leave so that other patrons could eat in peace. But Facebook is in effect a monopoly because it controls so much of the traffic through which information today is shared. The decisions the company makes about who is and who is not welcome on the platform have huge ramifications. Facebook has some 2 billion users. And for those users, the platform is generally their primary source of news. To be thrown off the site is not specifically an act of silencing, but it has the effect of stopping many people from hearing you.

“Mark’s influence is staggering, far beyond that of anyone else in the private sector or in government”, Chris Hughes, a Facebook co-founder, wrote of his old friend Zuckerberg last May in the New York Times. “He controls three core communications platforms—Facebook, Instagram and WhatsApp—that billions of people use every day. Facebook’s board works more like an advisory committee than an overseer, because Mark controls around 60 percent of voting shares. Mark alone can decide how to configure Facebook’s algorithms to determine what people see in their News Feeds, what privacy settings they can use and even which messages get delivered. He sets the rules for how to distinguish violent and incendiary speech from the merely offensive, and he can choose to shut down a competitor by acquiring, blocking or copying it.”

In removing pages, the company said that it is alarmed by the growth of movements that, “while not directly organizing violence, have celebrated violent acts, shown that they have weapons and suggest they will use them, or have individual followers with patterns of violent behavior”. But when “Mark alone decides”, there is a pretty selective reading of which organisations need to be removed or have their traffic reduced.

The United States Army, Navy or Air force, for example, have not been taken down, despite having invaded or intervened in almost every country in the world, killing millions to serve the political goals of successive US governments. So too with the Republican and Democratic parties, responsible for ordering mass death and promoting conquest relentlessly as a key component of US culture. Indeed, their valorisation of the machinery of destruction must be almost unparalleled in any other nominally democratic state. But there’s no word of them losing their platform rights.

Lockheed Martin and Raytheon are on Facebook—and they exist only to make things to kill people. Talk about putting safety first. Coup-makers at the Central Intelligence Agency have a place in the Zuckerberg universe of community service. So too the US National Security Agency—the one at the heart of twenty-first century mass surveillance. (Then again, it’s probably a fine bedfellow for the company.)

So, again, why the censorship of groups dedicated to stopping the re-emergence of Nazism, while organisations with a documented history of industrial-scale murder are left untouched? It feels embarrassing to spell it out: big corporations, political parties and the capitalists’ institutions of violence are all in it together. They have a common interest in controlling the flow of information and marginalising dissident voices.

The anti-fascist pages should be reinstated of course. But the left is also going to have to find alternative ways of communicating with audiences. Facebook has been making it more difficult for at least half a decade. The only way to beat it will be to, eventually, stop being reliant on it.