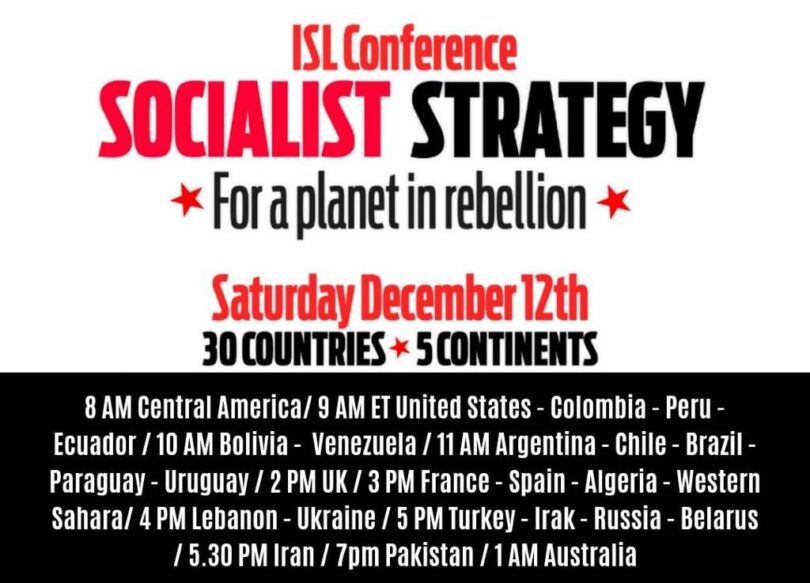 This Saturday, December 12, the International Socialist League (ISL) will hold an online international conference called “Socialist Strategy for a planet in Rebellion.”

The event, which will simultaneously cover 18 of the 24 time zones, will feature the participation of revolutionary socialist leaders and activists from parties and groups of over 30 countries on the world’s five continents and will be translated into eight languages. The conference will also be broadcasted live on dozens of Facebook and Twitter pages including on International Socialist League and Asian Marxist Review. Alejandro Bodart, ISL coordinator and leading member of the Argentine MST in the FIT Unidad, commented on the political purpose of the conference: “We are witnessing the greatest crisis of the capitalist system in all its history, which is causing popular rebellions, revolutions and political turns to the left of the mass movement in different parts of the planet. This generates a marked social polarization against the right, which has a clear program to resolve this crisis on the basis of imposing more super-exploitation, austerity plans and extractivist plundering.

“Faced with this pressing situation, from the revolutionary left, in our conference we are going to discuss how to advance in the construction of revolutionary organizations in our respective countries, and thus continue to jointly strengthen a political tool at the international level: our International Socialist League.”

Bodart added: “The global advance of the ISL, as a dynamic sector of revolutionary internationalism, is a fulcrum to respond to this challenging situation and advance towards a socialist project for humanity. We are proud to be able to convene this conference in order to balance the great events of the year as an international organization and, at the same time, set higher goals for the next year, which will undoubtedly find the capitalist system in a much deeper crisis.” 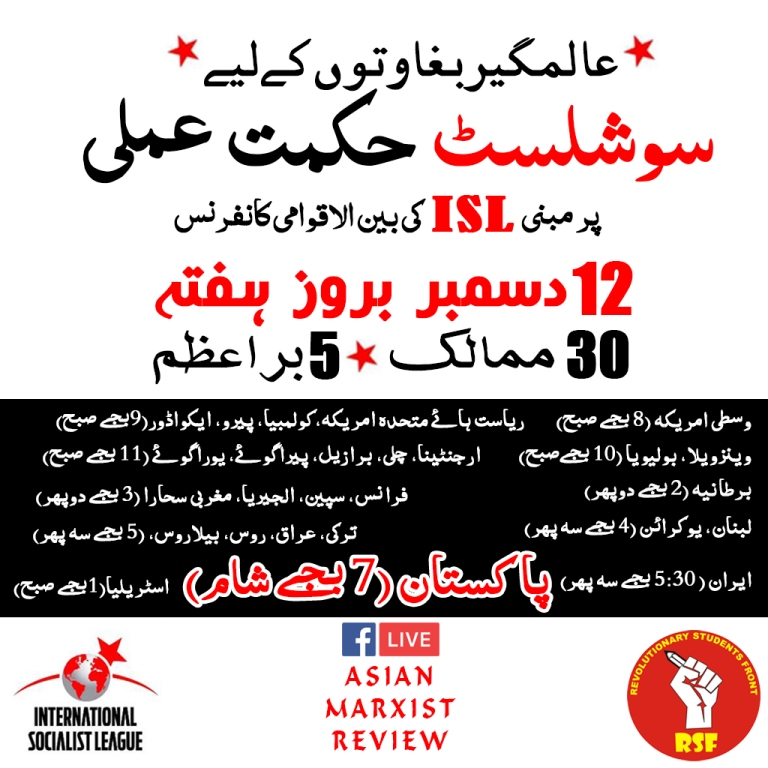