On August 10, 2016, a condolence reference was held in District Press Club Rahimyar Khan in the memory of Pakistan Trade Union Defence Campaign’s (PTUDC) district organiser Comrade Kajjal. Haider Chughtai, who was performing the duties of stage secretary, started the program by calling for one-minute silence. PTUDC’s international secretary Dr. Lal Khan, PTUDC’s central secretary general Qamar uz Zaman Khan, Rauf Khan Lund, Sahil, renowned  revolutionary Saraiki poet Akhlaq Mazari, District Bar Association’s president Saleem Ullah Jatoi, Pakistan Peoples Party’s (PPP) former district president Engineer Javaid Akbar Dhaloon, Bazm-e- Fareed’s president Khaleel Bukhari, Saeed Zaman from Pakistan Food Federation, Saraiki National Party’s (SNP) president Abdul Majeed Kanjo, APCA’s district president Muhammad Boota, central committee member of PPP Dr. Muhammad Aslam Naro, PPP’s former general secretary of district Rahimyar Khan Raees Muhammad Din Warind, former MNA Chaudhary Javaid Waraich, Mazhar Saeed Gopang, district organizer of Unemployed Youth Movement (BNT) Umair Bhatti, Progressive Youth Alliance’s (PYA) president Masood Afzal Kashi, Ali Malik from EWA, PPP’s senior leader Mukhtar ul Hassan Gul, peasant leader A.D. Gaanga, Peer Ji Ashraf, president of PPP Khanpur Amjad Saleem spoke on the occasion and said that Raees Kajjal was a genuine Marxist leader who dedicated all his life for the development and promotion of revolutionary socialist ideology with all the sincerity, commitment and dedication. Comrade Kajjal held the ideology with honesty and never betrayed his class by becoming a beneficiary of the system. He steadfastly faced all the hardships and difficulties, and never chose to compromise or reconcile. Lal Khan said that Raees Kajjal died while manly fighting against this brutal capitalist system which perpetuates hunger, poverty, illiteracy and disease. He said that we have to take revenge of all such fellow human beings by getting rid of capitalism. He also said that the expensive business of healthcare has snatched the right of living from the masses. All the political parties are there to protect the capitalist system. Hospitals which provided free healthcare in Sindh are being privatised after which the poor would be snatched off their right to free medical care. Educational institutions of Punjab are being privatised to deprive the poor of their right to education. He said that Raees Kajjal was fighting against this system which is established to protect the interests of the top 1%, i.e. capitalists, landlords and the ruling elite. Only by abolishing this system and establishing the rule of the workers and masses, the deprived can enjoy a humanly life.

Qamar uz Zaman Khan said that Raees Kajjal was a very active and energetic comrade who didn’t need to be told about what has to be done. He said that in the 19-year long span of comradeship with Kajjal, dozens of people compromised or reconciled with the ruling class for monetary and other selfish interests but no force other than death could stop Kajjal in his revolutionary struggle. Rauf Lund said that Kajjal was like a pleasant fragrance in this revolutionary path and this fragrance will stay with us forever. He said that until his last moments, Kajjal was full of motivation about his political ideology and life as a revolutionary, and he died with the feeling of proud instead of despair. Haider Chughtai said that Kajjal was all about love and loyalty. His sense of humour and ever-smiling face made this tough journey look very easy. Former district president Javaid Dhaloon said that Kajjal was a symbol of persistence and his family members are lucky that they would be known because of Kajjal. SNP’s president Abdul Majeed Kanjo said that Kajjal was a precious son of this land. Advocate Muawiya said that our political parties and society should play a role to protect the lives of activists like Kajjal. Dr. Aslam Naro said that a dedicated Marxist like Kajjal is always a gem for a revolutionary party. Bar Association’s district president Saleem Ullah Jatoi proposed to establish a fund to support such political activists and their families. Delegates from labour organisations, leaders and activists from different political parties and many students and youngsters also participated in the condolence reference. 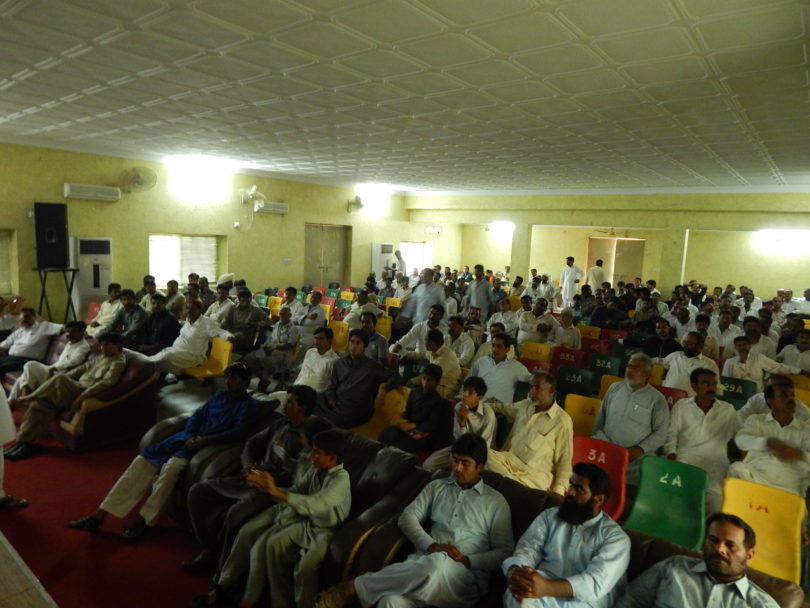 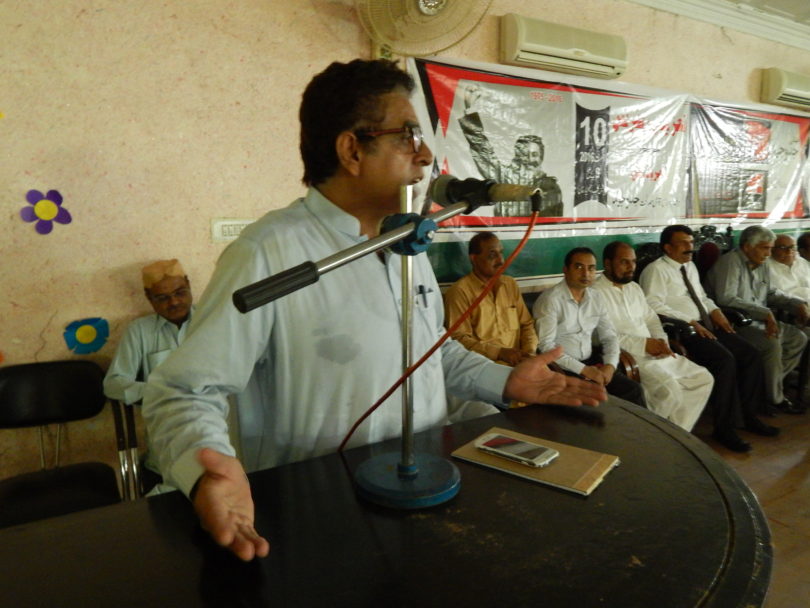 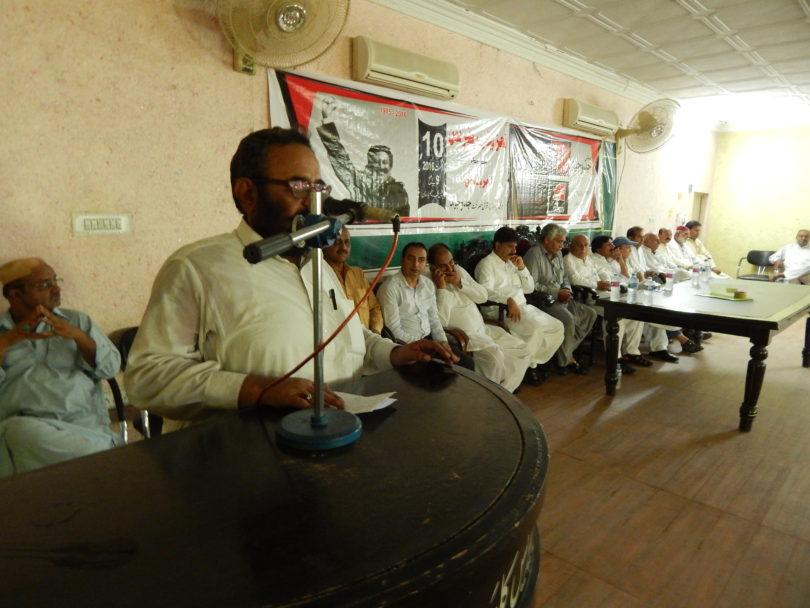 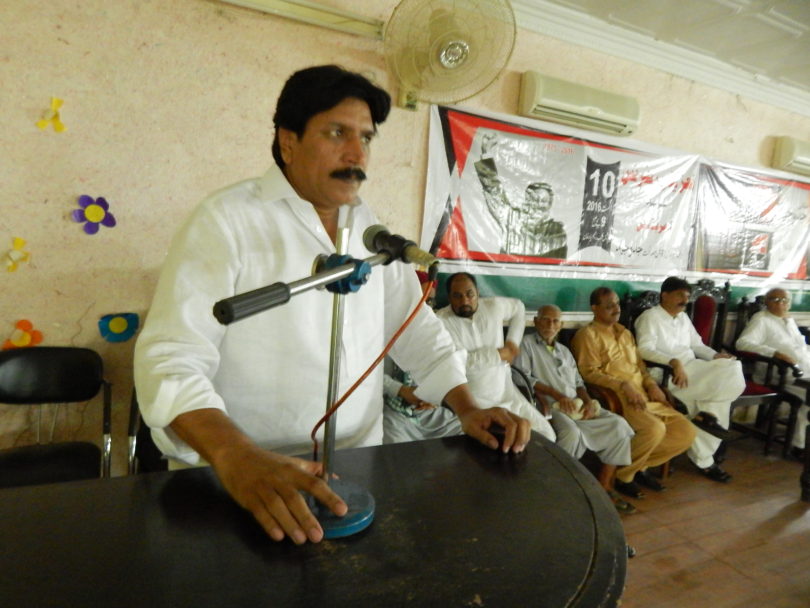 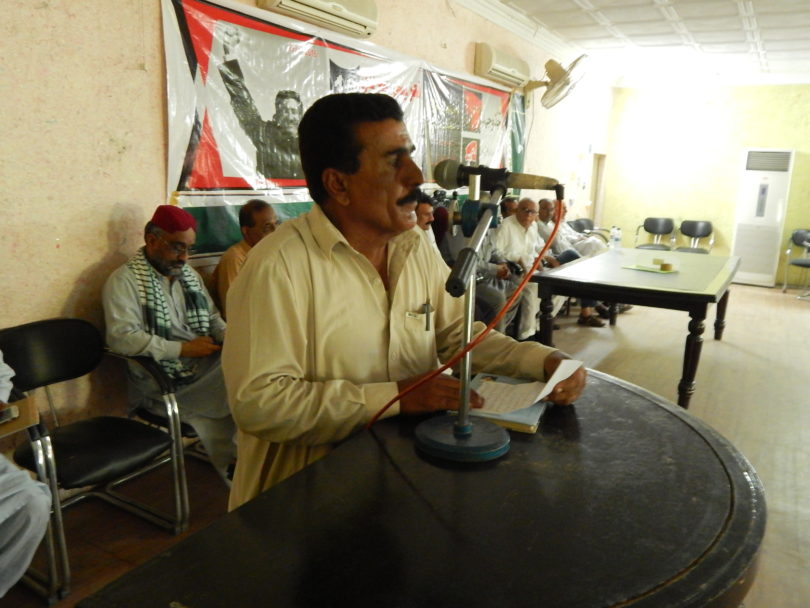 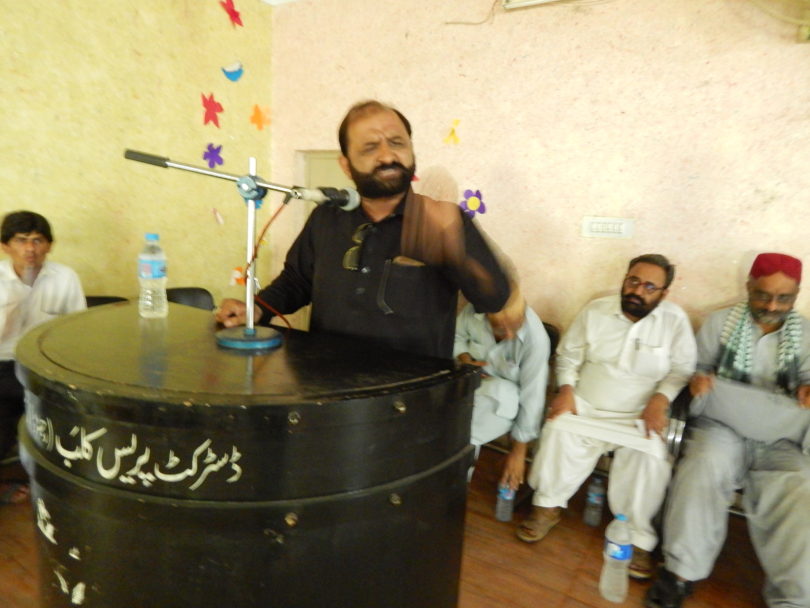 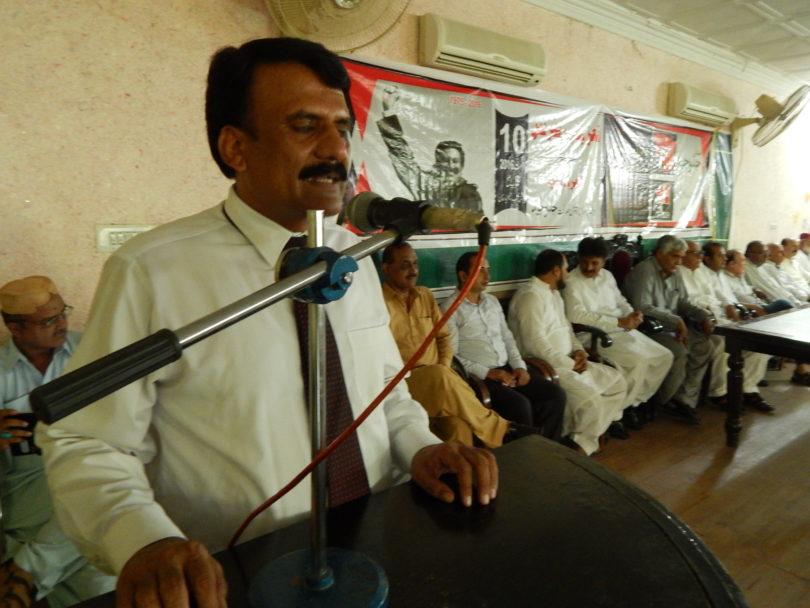 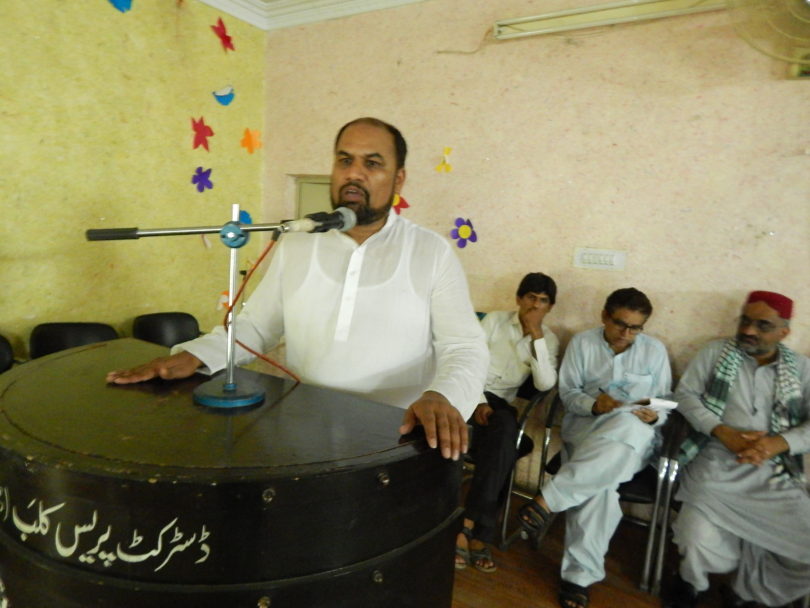 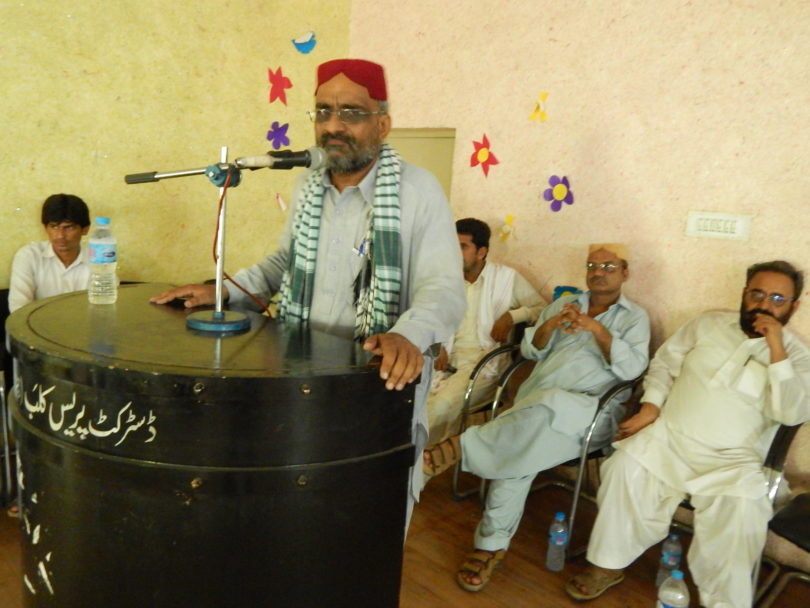 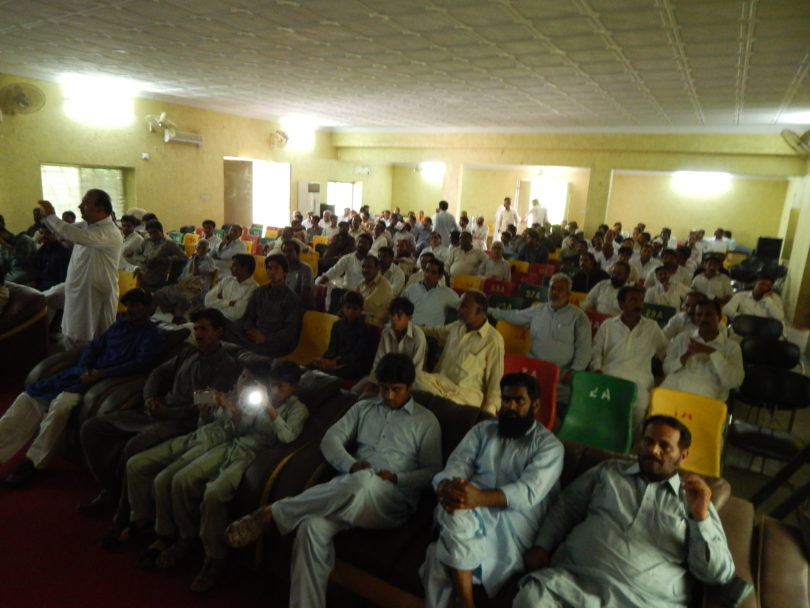 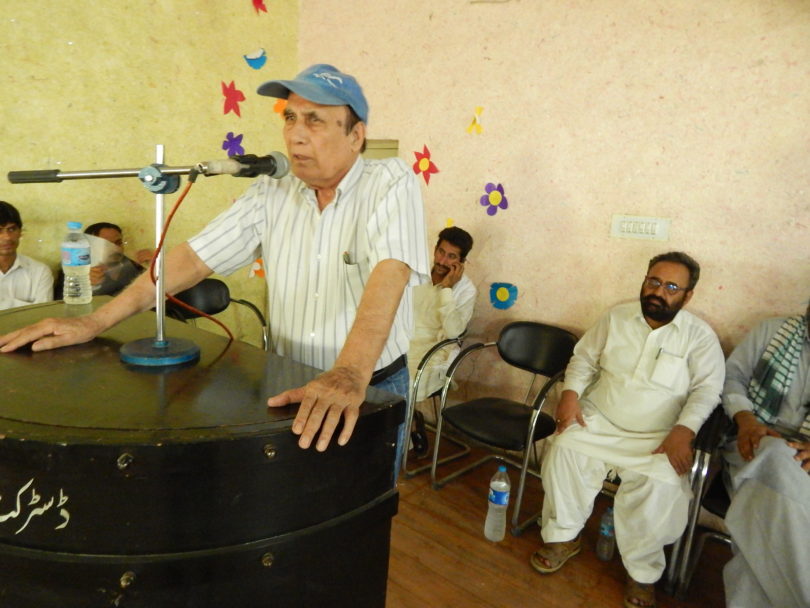 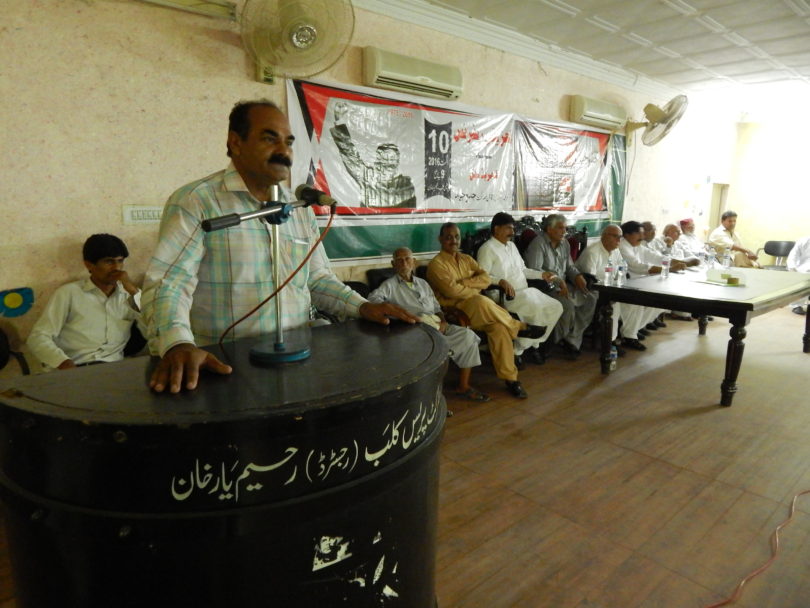 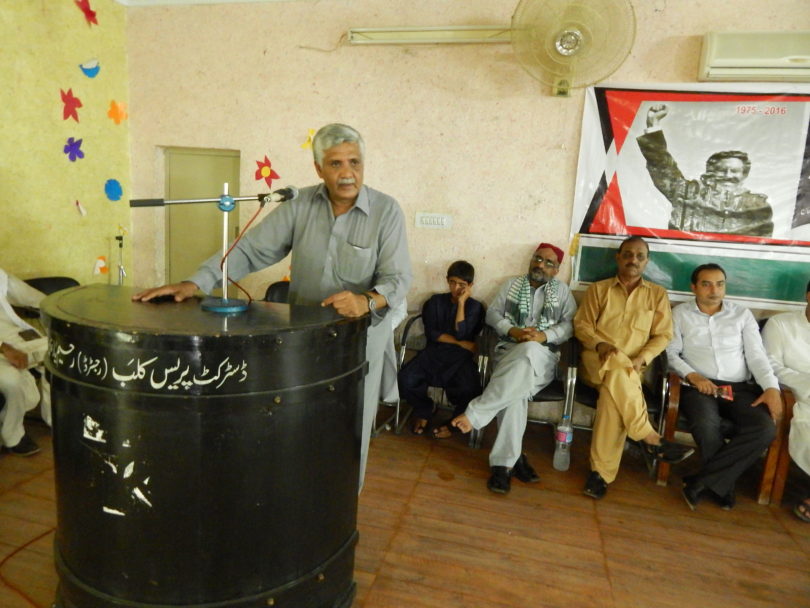 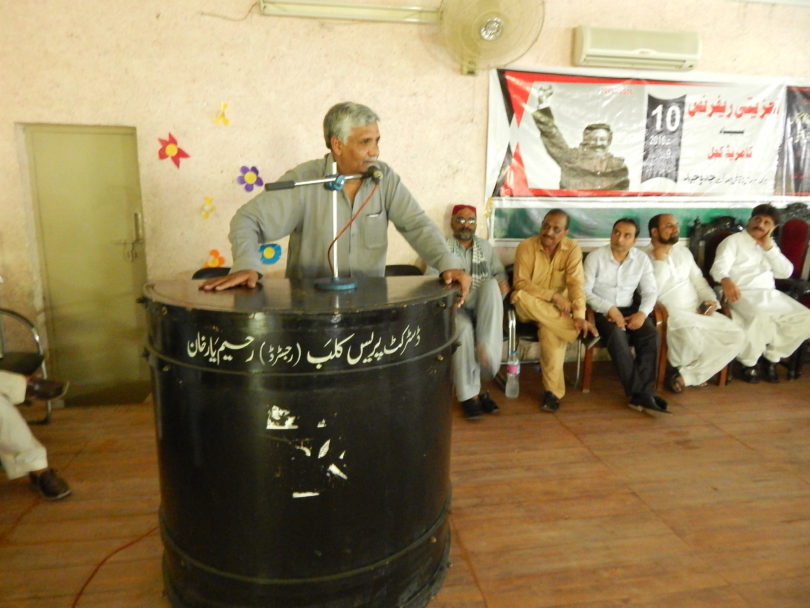