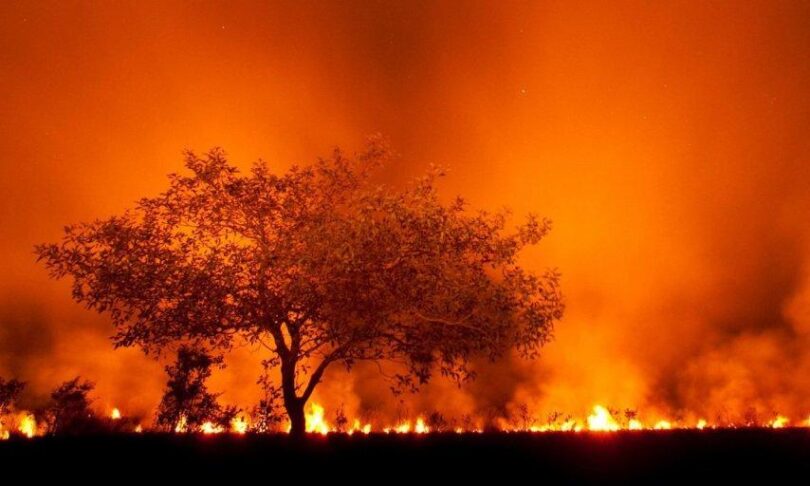 The environmental catastrophe now occurring in the Pantanal, with the terrible fires that are devastating the fauna and flora of one of the most important biomes in Brazil, is unfortunately not just a natural disaster. Just like the destruction of the Amazon, this is first and foremost the direct result of the anti-environmental policies of the government of Jair Bolsonaro. The number of fires that have broken out in the Amazon in the first 14 days of September 2020 has already surpassed those recorded for the whole of September 2019.

But right now, the situation in the Pantanal is even more serious. From January to the first half of September, the Pantanal has already seen over 2.9 million hectares (7.16 million acres) consumed by fire. This equals 19 per cent of the entire area of the Pantanal, the world’s largest tropical wetlands, home to thousands of species of Brazilian fauna and flora, many of which are threatened with extinction and many others still unknown to science. So far this year more than 15,000 outbreaks of fire have been recorded in the region by the National Institute of Space Research (INPE). This is the highest rate of fires ever recorded since monitoring began in 1999, and is far higher than the 10,000 fires recorded for all of 2019. The images of so many animals that are either dead, badly burned or in agony – jaguars, alligators, anteaters and others – are a powerful testimony to the dimensions of this tragedy. This is ecocide on a monumental scale. 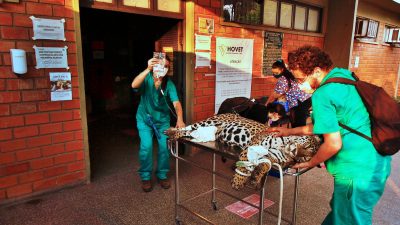 Rescue of a spotted jaguar, a victim of the Pantanal forest fires.

These fires have already struck at around half of all the indigenous lands of the Pantanal, lands which have seen 200 fires flare up in August and another 164 in the first half of September. The uncontrolled fires have surrounded villages, destroyed houses and plantations, and have seen indigenous people from various ethnic groups hospitalized with respiratory problems. There are countless reports from indigenous leaders who are adamant that the fires entered their indigenous territories from outside, that is, these fires have been illegally lit by farmers and big business in the irrational pursuit of increased production and profits for agribusiness. In this capitalist system and under the Bolsonaro government, agribusiness promotes further food price inflation for items such as rice and soybean oil, because it exports most of what is produced overseas, due to the appreciation of the U.S. dollar, and thus allows agribusiness to further increase its profits.

The impacts of the forest fires are not only felt in the states of Mato Grosso and Mato Grosso do Sul, the two states where the Pantanal is located. The impacts of these fires are global. The soot and smoke that are now covering the skies of the state of São Paulo travel as far as Africa and cause climate change in other parts of Brazil, causing phenomena like ‘black rain’, a mixture of water and smoke particles. The Brazilian economy may also suffer from a loss of markets overseas due to the bad image caused by the government’s environmental irresponsibility. 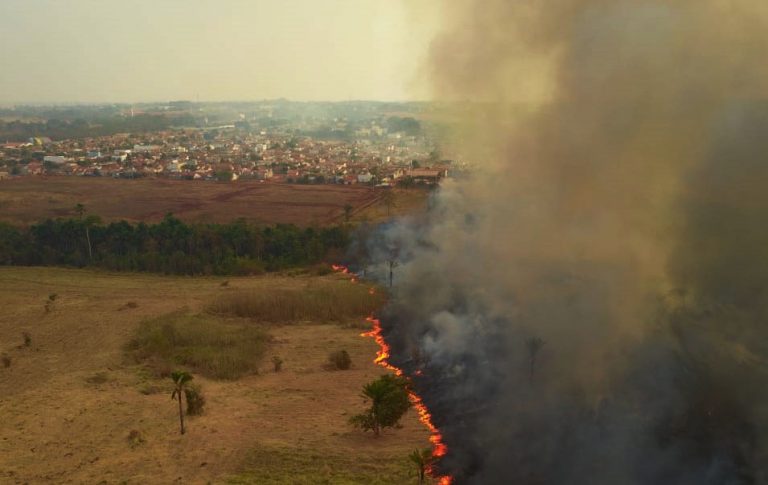 So, in the face of this catastrophe, what do Bolsonaro and Minister of the Environment Ricardo Salles say and do? Bolsonaro said that Brazil should be congratulated for its environmental preservation efforts, just one day before the plane he was in had to abort its first landing attempt because of the smoke from the Pantanal fires. And this was while he was on his way to an event promoted by agribusiness, one of the economic agents most directly responsible for these criminal fires. All the while Salles undermines all activities that try to stop deforestation in the Amazon and the Pantanal. He has (intentionally) refused to set aside Ministry of the Environment funds for environmental preservation programs, and cut the budgets to two of the Ministry’s administrative arms, the Brazilian Institute of the Environment and Renewable Natural Resources (IBAMA) and the Chico Mendes Institute for Biodiversity Conservation (ICMBIO), thus dismantling the government’s inspection and environmental conservation framework.

Just last week the Climate Observatory, a network of civil society organizations, released information that the Ministry of the Environment in the first eight months of 2020 had used only 0.4 per cent of its money, R$105,000 ($US19,200) out of a total of R$26.5 million ($US4.85 million), for environmental preservation programs.

The financial blockade of R$60 million ($US11 million) announced by the federal government on 31 August 2020 to IBAMA (R$20.9 million / $US3.75 million) and ICMBIO (R$39.7 million / $US7.25 million), the agencies responsible for the country’s environmental preservation work, have caused outrage and indignation. On top of this there is a further R$120 million ($US22 million) that has already been cut from the Environmental portfolio’s 2021 budget. These funding cuts in the middle of this terrible crisis are genuine crimes committed by Bolsonaro and Salles against the environment.

As if the incentives offered by the President and the Minister of the Environment to illegal loggers and forest burners through their anti-environment talk and the stampede of environmental deregulation were not enough, the Brazilian government is also consciously acting to dismantle environmental inspection agencies at the very moment when the Pantanal and the Amazon are suffering the worst devastation they have ever experienced.

The climate change and environmental denialism of the Bolsonaro government, and of Donald Trump, are a threat to life on the planet. The worldwide climate crisis is a by-product of capitalist development across the globe, because capitalism is an irrational system of production whose central objectives are profit and the unbridled growth of capitalist wealth, not the meeting of human needs or respect for life and nature.

We need to stop Ricardo Salles immediately and remove him from his position as Minister of the Environment. The ‘Fora Salles’ (Out with Salles) campaign needs to be expanded and strengthened, as the overthrow of this criminal minister will both strengthen the fight for ‘Fora Bolsonaro’ and open up debate around the need for a serious and consistent program of environmental preservation. Such a program must include profound changes in the management of the country’s environmental policies; significant increases in funding to inspection, environmental awareness and preservation programs; public tender processes for all environmental agencies; the toughening up of legislation with harsher penalties for illegal loggers, forest burners and environmental criminals; and the implementation of a nationally and internationally coordinated policy for the combat of forest fires and other environmental crimes.