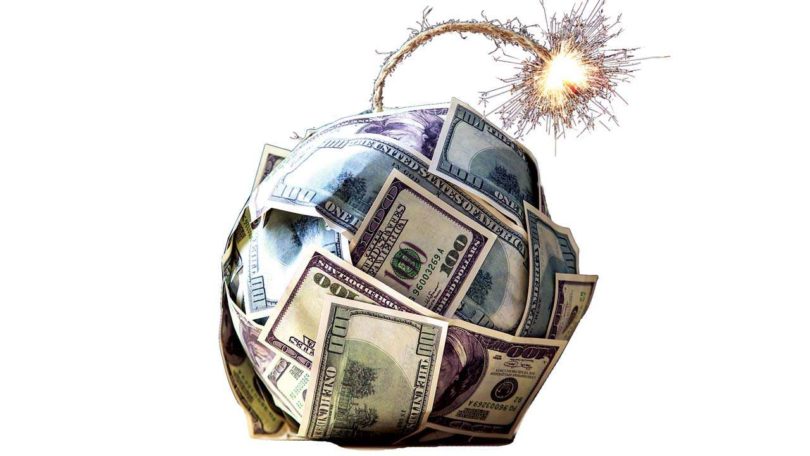 The expansion and penetration of imperialist transnational corporations in different countries particularly those of the ex-colonial world had started to take place in a more aggressive manner since the Bretton woods treaty of 1944. Through this treaty world capitalist powers setup new financial and trade institutions such as the IMF, the World Bank and GATT (General Agreement on Tariffs and Trade) later changed to the WTO (World Trade Organisation); for the facilitation of their investments and guarantee profits. The protection and free transfer of this imperialist plunder was ensured by the tight controls of these organisations on the weak capitalist regimes of the under-developed countries. The modus operandi was the piling up of the debt burden on these regimes through an unjust and cruel division of labour where the prices of their goods and products were kept cheaper as compared the technology and arms products of the advanced capitalist countries expensive on the world markets. This imbalance of trade and fiscal deficits forced these corrupt capitalist regimes of the poor countries to be subservient to imperialist institutions that safeguarded the interests of the transnational corporations.

In the South Asian subcontinent as in the rest of the former colonial countries, the crushing domination of the world market was hard to resist under a capitalist socio-economic system. Nehru’s state capitalist regime tried to withstand these pressures restricting Indian markets through high tariffs and trade with the Soviet Union. But ultimately in the 1990’s India capitulated to open up its huge market to imperialist monopolies. Ironically it took place under a Congress government, under the prime ministership of Narasimha Rao when the imperialists forced them to appoint Manmohan Singh, an employee of the World Bank, as the finance minister. Ever since the economic growth rate increased rapidly but it has cruelly aggravated mass poverty. Today India has more billionaires than Japan with the largest concentration of poverty in the world and an excruciating inequality. Every regime, including those of the Congress and the BJP, followed this doctrine of dependence on FDI. Similarly, the rise of Hindu fundamentalism to power lays bare the failure of the Indian national bourgeois and fallacy of its progressive and secularist proclamations.

In Pakistan, there were certain tariffs and trade controls with limited allowances for importing luxury goods until the late 1970’s. However, with the advent of Reaganomics, Thatcherism and neoliberal economics under General Zia’s brutal dictatorship this model of state controls began to unravel. Under the ‘democratic’ governments of Benazir and Nawaz Sharif this process accelerated. Ever since the favourite mantra of an economic turnaround and employment generation has been the sacrosanct ‘FDI’. It’s a recipe of the IMF that Pakistan’s economic experts trained at western universities slavishly follow. This doctrine is the cornerstone of the economic policy of the new government under Imran Khan.

All parties dominating the present political setup have the same economic formula to revive the economy, alleviate poverty and reduce unemployment. Under capitalism, there is not much else these elite politicians could do with the economy integrated into the world market dominated by the imperialist monopolies.

These corporate bosses have amassed trillions of dollars through imperialist facilitation and connivance of the native rulers whom they hire cheaply. But the essence of capitalism to develop is not profit but the rates of profit. These corporations squeezed the blood and tears of the workers and the poor to pile up obscene wealth. To fulfill their lust for profits their experts have been trying to forge new methods to extract more surpluses.

From 2005 onwards these multinationals shifted their production from being labour intensive to capital intensive with advanced technology and robots replacing workers. This shows how the myth of generating employment through FDIs is absurd and deceptive. Capitalist regimes in countries such as Pakistan have to grant lucrative concessions and privileges through the IMF’s imposed policies of restructuring, liberalisation, deregulation and privatisation. In the last ten years, even these strategies of wealth extraction seem to be exhausting. An OECD (Organisation of Economic Cooperation and Development) paper has now confessed that FDI’s are a deceitful myth: “Foreign direct investment is often thought to bring job creation, production, construction of new factories, and transfer of technology. That is not the case for some years now.” The growing complexity of the corporate structures of large multinationals has shifted the investment emphasis to other more ‘secure’ avenues.

The crash of 2008 and the contraction of the markets have had a severe impact on transnational corporate profitability. These corporations are venturing into massive tax evasion and concealment of the trillions of dollars that the corporate bosses are reluctant to invest due to their scepticism over desired rates of profits from the FDI’s. This has sent alarm bells ringing in the imperialist institutions that have been managing the world economy and financial manipulations for more than half a century. The IMF has recently published an internal research document investigating the criminal tax evasions and concealing trillions of dollars in the safe heavens by these corporations in the name of FDIs.

“New research reveals that multinational firms have invested $12 trillion globally in empty corporate shells, and citizens of some financially unstable and oil-producing countries hold a disproportionately large share of the $7 trillion personal wealth stashed in tax havens… The offshore industry and financial world remains highly opaque. Because of the secrecy that lies at the heart of the services offered by offshore banks, lawyers, and domiciliation companies, it is hard to know exactly how much money is funnelled through tax havens, where the money is coming from, and where it is going.”

This is almost 40 per cent of all foreign direct investment. The sleaze of the capitalist system lays bare as the crisis refuses to relent with a healthy recovery from 2008 of world capitalism nowhere in sight. Even the minor FDI’s that trickle into Pakistan came at exorbitantly high costs for the workers and oppressed masses of the country. Employment and poverty alleviation from this FDI is a chimera.  In the last decades, every dollar in FDI’s extorted 14 dollars from the country. Now this ratio has almost doubled. Imran Khan’s economic policy gurus have in reality no clue how to get out of this vicious economic cycle. Within the confines of capitalism there is no way out. PTI and other mainstream parties are representatives of different factions of Pakistan’s criminal capitalist elite. Poverty, unemployment, lack of education, disease and infrastructure are in a terrible state. Deprivations and misery are appalling. Hence they rule through the gimmickry and personal antics overblown by the corporate media and accentuated by the deep state.

After the socialist revolution in Russia the Bolsheviks had expropriated all the national and imperialist wealth and assets. However, they still needed advanced technology for the extraction of minerals from Siberia and development of the industry. But Lenin knew that the corporate monopolies needed those contracts even more for their existence. Hence they signed deals on stiff conditions ensuring that not an extra penny of the workers republic was plundered. In the twenty-first century the socialists’ governments of Hugo Chavez in Venezuela, Evo Moralis in Bolivia and Rafael Correa in Ecuador, although did not complete the socialist revolutions, but the deals they signed with the transnational corporations were similar to those signed by the Bolshevik government after 1917.

Pakistan’s economy and society will only decline into more crisis and turbulence under this reactionary capitalism. Without a socialist transformation of the economy, state and society, the country cannot get out of this abyss of joblessness, destitution and suffering. To accomplish such a historical task a revolutionary party may not yet be discernable on the political horizon. But history is witness to the fact that Marxist parties leading socialist revolutions only emerge on the verge of revolutionary movements. Such historical moments may not be that far off!