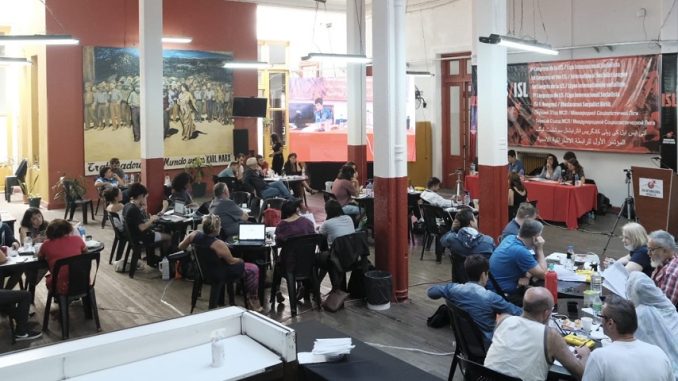 Israel carries out massive attacks against Palestine almost every year. Thousands of bombs are being dropped over one of the most densely populated and poor areas in the world. Last time, in March 2021, lynching mobs of extreme right-wing Zionist settlers and fascist thugs were attacking Palestinian neighborhoods within Israel itself during the bombings. These fanatics destroyed homes, properties, shops, beaten up and killing innocent people just because they are Palestinian.

The rope is becoming increasingly tense in Palestine and the region. Thus, while a new generation of young Palestinians revolts against a true apartheid regime,

The young Palestinians of Gaza and the West Bank, who are the vanguard of the fight against the Zionist monster are not alone. They have the sympathy of the people who fight against imperialist barbarism in the region and the entire planet.

It is an essential task of all those who claim to be anti-imperialist and advocates of democratic rights to support the worldwide campaign for “Boycott, Divestment and Sanction (BDS)” to the State of Israel. An initiative that was founded in 2005 with the concurrence of more than 200 organizations and is getting stronger all over the world, bringing together political and social organizations, as well as numerous intellectuals and artists of world renown.

After the latest attack and confrontations, a fragile ceasefire in Gaza is in force, but new confrontations in both the West Bank and the Gaza Strip are approaching, within the framework of a region where the struggle between the revolution and the imperialist counterrevolution is becoming increasingly acute.

The revolutionaries that come together in the International Socialist League (ISL) call on people to mobilize to stop the Zionist attacks on Palestine, to end the Israeli blockade of the Strip, for the liberation of Palestinian political prisoners and support the struggle of this heroic people to recover their territories and defeat the imperialist enclave.