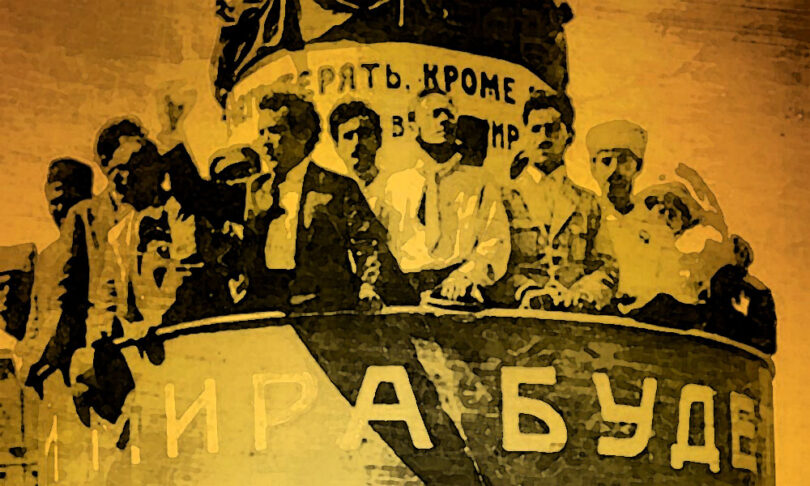 Today marks the 100th anniversary of the Baku Congress. The Congress of the Peoples of the East was initiated by the Communist International, bringing together revolutionary organizations from Iraq, Persia, Turkey, Afghanistan, China, India, and other countries. This experience shows what Marxism has to offer to anti-colonial struggles.

Much has been said about the supposed “eurocentrism” of Marxism. Yet little is known about the Baku Congress. Colonized peoples played an enormous role in the communist movement in Lenin’s time.

As Pranav Jani rightly points out, even highly regarded left scholars such as Edward Said, Frederic Jameson, and Benedict Anderson have argued that Marxism doesn’t properly address the unique dynamics of imperialism, the unevenness of capitalist development, or the particularities of national liberation movements. Yet Luxemburg, Trotsky, and Lenin wrote extensively about the struggle against imperialism.

Not only does Marxism have a proven track-record of being theoretically non-eurocentric, but some it’s most notable proponents were practically committed to building an international, anti-colonial, and multi-ethnic opposition to capitalist domination. Nowhere is this more evident than the Baku Congress of 1920.

On July 29, 1920, the Executive Committee of the Communist International put out a call to the people of “the near and far east” to convene a congress of colonized and nationally oppressed peoples. Following the October Revolution of 1917 and the founding of the Communist International in 1919, there was a serious attempt to unify the world communist movement with the colonized people of the Global South. In the two years following the end of World War I, the implications for such a congress were significant. The world had just witnessed 20 million working-class people slaughtered at their own hands in the interest of their national bourgeoisie.

The war was a result of imperialist competition for monopoly control over the labor force and natural resources of the East. The Allied and Central Powers mobilized their respective colonies on behalf of their imperialist interests, leading to a set of complex military conflicts in Northern Africa, the Middle East, and South Asia. Drafted shortly after the congress, the Manifesto of the Peoples of the East states:

In the eight days of the congress, delegates discussed and adopted a wide range of resolutions about the world political situation and the tasks of revolutionaries. These included: the state of anti-capitalist movements in Turkestan, Northern Caucasia, India, and Turkey; the question of national self-determination and anti-colonial struggle; Zionism and the occupation of Palestine; and matters related to soviet governance and agrarian policy.

Additionally, the congress would appoint a committee whose purpose was to serve as a permanent body uniting the peoples of the East, “The Council for Propaganda of the Peoples of the East.” The tasks of the Council were to publish a journal, pamphlets, and leaflets in three different languages; to support the unification of liberation movements throughout the East; and to organize a university of social sciences for activists. The Council for Propaganda worked in accordance with the leadership of the Executive Committee of the Comintern.

The struggle for women’s liberation was also integral to the tasks of the congress. Najiye Hanum, a member of the Communist Party of Turkey and representative of the women of the East, stated:

The women’s movement beginning in the East must be looked at not from the standpoint of those frivolous feminists who are content to see women’s place in social life as that of a delicate plant or an elegant doll. This movement must be seen as a vital and necessary consequence of the revolutionary movement taking place throughout the world… The women communists of the East have an even harder battle to wage because, in addition [to fighting for a classless society], they have to fight against the despotism of their menfolk.

The congress resolved that three women would be included in the presiding committee, and subsequently adopted a five-point program drafted by the women delegates. This program included complete equality for women, unconditional access to education, marriage equality, equal employment opportunities, and the establishment of committees for the protection of women’s rights.

Also in attendance at the congress was a founding leader of the communist movement in the United States, John Reed. Due to a shortage of time, Reed was unable to speak to the audience of delegates during the congress’s proceedings, though his speech was published shortly thereafter and was well received. In that speech, Reed debunked the false idea of a “free America” by pointing to the ways U.S. imperialism had plundered the Philippines, the islands of the Caribbean, as well as South and Central America. By elucidating the U.S.’s looting of Cuba, Haiti, the Dominican Republic, and Mexico, Reed’s analysis offered a holistic portrayal of how imperialism was a global system. What’s more, Reed connected the struggle for Black liberation in the U.S. with the “armed resistance [against] the white bandits” of U.S. imperialism. All in all, Reed’s contributions to the conference offered a timely and lasting analysis to the interrelations of racism, colonialism, and capitalism.

The Baku Congress in itself serves as a definitive retort against the shallow claim by academics that the theory and history of Marxism is eurocentric. The congress is a shining example for Marxists to learn about the principles of internationalism, anti-imperialism, and building multi-ethnic organizations. It is the duty of revolutionaries in the U.S. to not only uphold these principles in theory, but to strive to win the trust of colonized people who have been attacked by U.S. imperialism all throughout the world. As Grigory Zinoviev spoke in his closing remarks at Baku:

A distrust has been implanted in the peoples of the East by decades of experience — a justified distrust of Europeans, who always have merely deceived and swindled them, merely mocked them… As people of labor, as serious revolutionaries, we have to understand where the roots of this distrust lies… we must create the feeling that we are one fraternal family, all members of which look with the horror of the old, accursed past, and all as one fight against those who divide us.