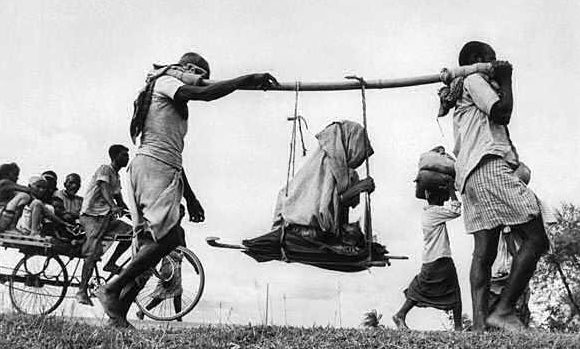 The bloody and arbitrary drawing of lines through the heart of Punjab and Bengal in 1947 by Radcliffe and Mountbatten aided and abetted by Winston Churchill acted like pouring petrol over burning fire. The artificial divisions created by the British Raj between Hindus and Muslims to perpetuate their oppressive Company rule in India came once again to the rescue of Raj and the emerging Indian Hindu and Muslim bourgeois. These religious divisions became dangerous tools in the hands of Muslim and Hindu capitalist and feudal elements during the stormy periods leading to partition and provided the basis for religious fundamentalism to rise under the flag of Hindutva and Islamic fascism.

The dawn of August 1947 was covered by clouds of darkness. This land of the ancient civilisation of Indus and Jumna witnessed despair and despondency that was never seen before. This could have easily been avoided if the revolutionary wave of 1946 had succeeded in uprooting the Raj and their colonial oppression along with their rotten capitalist system. 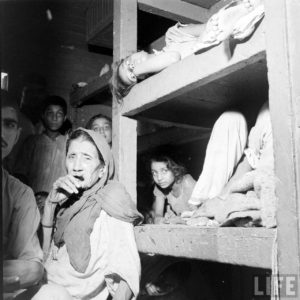 The working class and especially women paid a big price for this partition. Communities that long-lived together for generations ended up participating in the mutual genocide of each other and the reason behind all these events was bigotry that was injected by the local ruling elite. Men were killed, children were burned and women were raped, the whole of the subcontinent started to bleed particularly in Punjab and Bengal. It is difficult to mention the exact number of women and girls that were abducted and raped during the partition but according to some sources, an estimated figure is round about 80,000 to 90,000. But these figures probably are very conservation and the truth is these rapes and oppression of women affected a whole generation in both India and Pakistan. The so-called “Recovery Operation” started by the Indian and Pakistan Government to recover abducted women and girls soon turned into formal orders by authorities. It is reported that shelters that were operated for the rehabilitation of women were turned into torture cells, they were treated as criminals and by taking advantage of this situation the officials raped women in those rehabilitation camps. The “Recovery Operation” proved to be a second trauma for women as their “own state” turned into their enemies. The states of India and Pakistan then tried to control women’s sexuality through so-called abstract morality of religion. Their role in the development of society was suppressed. They were given the role to look after their families and especially their children. Women were given no choice to decide their future.

In India, women are treated subordinate due to the traditional patriarchal structure of the Indian society. In the last decade, more than eight million female fetuses have been aborted. It’s an alarming figure and explains the status of women as it reflects the overall contamination of society. Rapes are on the rise and are used as a tool not only for the oppression of women but also of lower stratum of the society such as the working class and peasantry or to be more precise the Dalits and other oppressed sections of the Indian society. Conservative estimates by various reputable sources put the figures for rapes to be around 24,000 reported cases in 2011. But many victims observe silence in order to protect the respect of their families. Mostly women are targeted-victims, on average 100,000 women die due to fire related incidents. The life of Indian women is always at stake, as they face malnutrition, social inequality, and inadequate health care. 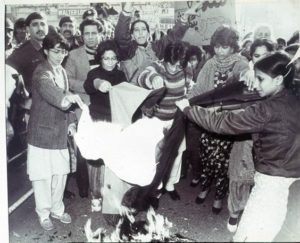 The theocratic state of Pakistan from the day first incepted the idea of religious morality in the consciousness of masses. But with coming to power of the vicious and brutal dictatorship of General Zia-Ul-Haq the discrimination against women took a leap unseen and unheard in the annals of the country. Women were directly subjected to Hudood and Zina Ordinances, the very barbaric and repressive pieces of legislation which not relegated women as second-class citizens but it also institutionalised and legitimised discrimination against women by incorporating it in the state’s so-called constitution. Women were forced to go back to their homes, remain within their four walls and a roof. Religion has always provided the moral arguments to depict women as sex object and nothing more than that, but ultimately this suppression and discrimination belongs to the relations of private property. Capitalism is the most repressive stage of class-based society that fetter the development of productive forces and due to its uneven nature, all the bigotry and discrimination of past remerged. So, the role of women is undermined in third-world countries as compared to advanced countries.

We believe that working class women have always been the real vanguard of revolution and this was nowhere truer than during the Bolshevik Revolution of 1917. In the recent period, we also witnessed women playing leading role in the Arab Revolution. Coming to more closer to home, women also played their historical revolutionary role in combating oppression and exploitation in Pakistan as well. During 1968-69 Revolution the working class women were in the forefront in the fight against General Ayub’s dictatorship and the rotten Pakistani capitalist establishment. Working women of different industrial units in Faisalabad, Karachi and Lahore joined general strikes. They were not ready to bear the oppression anymore. They choose to move forward for the emancipation of their class. Class consciousness rejects all the discrimination and if the class contradictions exist, the class struggle is inevitable. Working class is the real vanguard of Proletariat Socialist Revolution. Socialist Revolution is the only way forward to achieve an egalitarian society based on the principles of dictatorships of the proletariat.