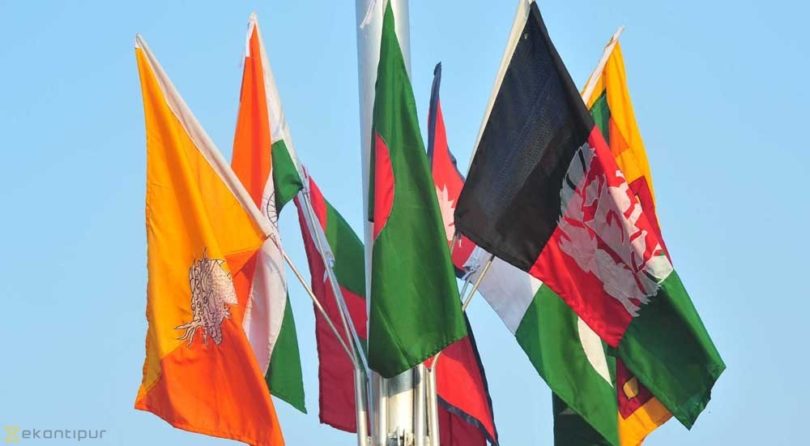 The SAARC summit to be held in Islamabad in November has been cancelled after 50% of its member pulled out. This South Asian economic bloc was created in the image of economic blocs like European Union to bring together disparate and conflicting economies of the eight South Asian states to usher in greater growth by providing greater access to each other’s markets. However despite globalisation SAARC has miserably failed in its aims to date. Its charter stipulates that a summit can only take place if all eight members are present.  Nepal in its capacity as the current Chair of SAARC has confirmed cancellation of the summit hours after Bangladesh, Bhutan and Afghanistan followed India’s decision to stay away from the November summit. The atmospherics for the cancellation began building up after Bangladesh, Bhutan and Afghanistan sent formal official communications to Kathmandu on September 27 almost immediately after India expressed inability to participate in the summit due to “prevailing circumstances” and stepped up diplomatic pressure on Pakistan after the September 18 attack on the Indian military base in Uri.

In the aftermath of this diplomatic offensive by the Indian right wing Hindutva reactionary regime of isolating Pakistan diplomatically, the skirmishes on the military front at the Line of Control in Kashmir have further escalated. Inspite of the pleas of the Chinese and the US regimes the sub-continental elites and their state stalwarts are, at least for the time being, posturing aggressive stances. The corporate media on both sides is going hysterical and media pundits and experts particularly the religious and right wing bigots are whipping up hysteria, chauvinism and vile hatreds. However this does not necessarily mean that the ruling elites will go the whole hog and launch a full-fledged war. Their imperial masters will not allow an outright war to erupt but at the same time a sustained and durable peace is also against their corporate interests particularly the massive profits of their military industrial complex. The native elites share these benefits.

These bouts of belligerent warmongerings alternate with pauses of verbose altercations with diplomatic manoeuvrings. While at the same time these rulers and the despotic states are carrying out tyranny and vicious attacks domestically upon the oppressed masses and toiling classes. The diplomatic boycott of Pakistan as the venue of the summit by these states has further exposed the fragile nature and cursory basis of this South Asian alliance. This event also laid bare the acute economic, social and political crisis that is externally reflected in these diplomatic wrangling’s, missile launches, sabre rattling, flaunting armoury and the threats of a nuclear holocaust that are haunting the south Asian subcontinent. Where violence, bloodshed and reactionary tendencies are ravaging societies in this land with a history of rich culture and cradle of civic human existence, chiefly the Indus valley civilisation.

The South Asian Association for Regional Cooperation (SAARC) was created with the notion of a regional intergovernmental organization and geopolitical union of this region. Its member states include Afghanistan, Bangladesh, Bhutan, India, Nepal, the Maldives, Pakistan and Sri Lanka. It was founded in Dhaka in 1985. Its secretariat is based in Kathmandu. The organization promotes development of economical and regional integration. It launched the South Asian Free Trade Area in 2006. However, after thirty-one years of its existence none of its proclaimed aims and objectives could be achieved. The reality is that there has hardly been any progress in the integration rather the differences have aggravated and relations are far more hostile and distanced when they were in 1985.

The ‘original’ idea of the formation of such an alliance was to enhance the economic prospects of a crisis-ridden capitalism that prevailed in all these countries. These bourgeois vultures wanted to maximise their loot by opening up markets and boosting economic growth through an eased commerce and trade regime between the countries of the region. They were perhaps thinking along the lines of what developed as the economic integration of Europe that came into being later with the 1992 Maastricht agreement between major Western European countries. However these authors were either too naïve or obtuse to realise that they arrived on the world scene very belatedly and their economies are not developed on a capitalist basis and in some cases their economies are extremely backward and going through a deep crisis and no integration and common market is going to pay them the dividends. As the credit boom of the advanced capitalist Europe collapsed into the 2008 slump the survival of the EU is teetering on the edge. The SAARC never stood a chance from the economic, political and the social crisis that has been relentlessly pulverising these societies after the end of the direct colonial rule.

Taking a cursory look at these countries, it is obvious that the turmoil is worsening and the future under the present system is bleak to say the least. Afghanistan has been under imperialist occupation since 2001 and has been riven with violence and warring fiefdoms of various fundamentalist and tribal warlords in their hot pursuit of plunder and extortion. Vast swathes of the country are beyond the control of the Ashraf Ghani’s puppet regime and it has hardly any writ outside Kabul or some other cities. Its own existence is subject to imperialist military presence. Its antics of independent policy claims are farcical. Pakistan has been in the throes of terrorist violence and sectarian bloodshed for decades now. With two-thirds of its economy categorised as ‘black’ or ‘parallel’ economy, the authenticity and writ of the different regimes is questionable. The masses are suffering the economic onslaught and the ruling classes are corrupt and reactionary to the core.

India the biggest and most powerful country in the region, with its elite flaunting ‘largest democracy’ but at the same time inflicted with the largest concentration of poverty in the world. Vidal Gore once described India as, “the most organised anarchy in the world.” The struggles of the oppressed nationalities, caste prejudices and discriminations, scandals of massive corruption of the political and corporate elite, rise in xenophobia and religious massacres, superstition and misery have become norms in today’s India. The incumbent BJP regime faces the challenges of a renewed class struggle with the general strike of 2nd September and the heroic resilience of the revolt of the Kashmiri youth. These movements have shaken it to the core, hence the belligerence and beating of the war drums to defuse and deflect it on the traditional enmity with Pakistan. However these hoaxes of war and peace cannot sustain the rotting system in either country for long.

Nepal is a landlocked country at present being squeezed by the Chinese and the Indian elites. Bhutan is another state-let which not much more than an Indian satellite. Bangladesh has a despotic ‘democratic’ regime where the present government came into power with elections in which no opposition party contesting it. They were either barred or preferred to boycott. Although it has participated in the Indian manoeuvre to diplomatically isolate Pakistan by boycotting the summit and has its own animosities with Pakistan that are also mainly based on issues of the past that are used as external conflicts to crush internal dissent. The Bangladeshi state has been repressive against the workers and the youth. The incidences of garment factory workers burnt in factory fires are most prevalent in Bangladesh. At the same time it has its own feuds with India, from water distribution of the rivers to the Bangladeshi refugees in Assam and Bihar.

Sri Lanka is also the victim of the regional powers with imperialist designs. Now it is being torn apart by the Chinese – Indian rivalry in the Indian Ocean. Pakistan has its similar stakes on the island. Apart from these hegemonic interferences from abroad Sri Lanka has gone through a ferocious ethnic and national conflict between the Sinhalese and Tamil populations in the last few years. Although the Tamil Tigers seem to have been defeated but the national question in Srilanka is far from resolved. It will sprout up again as the crisis worsens and the economy decays. Maldives comprising hundreds of small islands in the Indian Ocean is similarly dominated by authoritarian government trampling on the democratic process, deposing an elected president and putting him behind bars. The Maldives state is extremely fragile and is subjected to imperialistic designs of different powers in the region. Its significance in the SAARC equation is minimal but has an important place in terms of naval scenario.

Every member of this fragile alliance is going through increasing domestic social, economic and political crisis and territorial and economic conflicts across each other’s borders. With such intensity of the domestic crisis and war mongering no regional harmony and integration is possible. This was a total and utter pipe dream in the 1990s let alone during the current period of world recession and turmoil. The rulebooks and statutes of the SAARC agreements are not of much relevance to the ruling elites or the oppressed masses of these countries. With intransigent and repressive domestic regimes the rulers cannot make much progress on the external or regional basis. They need external conflict and xenophobic nationalism more than often to deviate the revolts from the toilers that are suffering under the yokes of these states. Hostile foreign policy doctrines in Clausewitz’s diction are the continuation of domestic politics by violent means.

However where there are sharp conflicts, hostilities, changing loyalties and hegemonic designs of the ruling elites imposed upon almost a quarter of world’s population through media manipulations and religious nationalist chauvinism the destiny for the survival and emancipation of the teeming millions has a common path and objective. The only path to their salvation is the class struggle that cuts across all divisions and poisonous prejudices manufactured from a mythological past by the exploiting classes and their imperialist masters. There have been innumerable struggles of the oppressed in the past decades. The victory of working class in any one of the major countries can start a whirlwind of revolutionary upheavals throughout the region. On a capitalist basis the unity of the so- called SAARC countries was a non-starter.

But the geographical proximity, shared histories and cultural similarities are basis of a greater unity. The ultimate liberation and unity of the region can be attained by the creation of a Socialist Federation of South Asia. The divisions of the South Asian subcontinent by the bloody boundary lines drawn by the imperialists to cleave living cultures and societies for their policy of divide and rule shall be wiped-off the face of earth. Only a planned economy sans the motive of profit, obliteration of deprivation and exploitation, a voluntary union of the oppressed nationalities, gender equality in all fields of life and a genuine regime of workers democratic control and management to run this socialist federation can emancipate the oppressed masses.