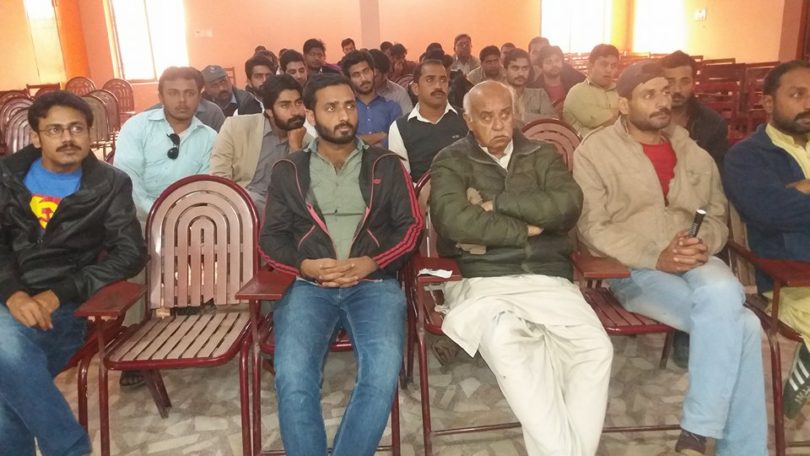 On 18th December 2016, The Struggle Multan organized a seminar on  “Fidel Castro and Cuban Revolution” at Multan Law College. The program was presiding by Tariq Chaudhary while Awais Qarni was the chief guest. The seminar was attended by a large number of participants belonging to different professions. At begging of program one minute silence observed in memory of late Fidel Castro. While addressing seminar speakers said, “Cuban Revolution is a beacon of hope for international working class. Fidel along with Che overthrew American sponsored dictatorship of Batista and carried out nationalizations of industrial institutions and imperialist monopolies. American Imperialism imposed economic sanctions on Cuba and 638 times tried to kill Fidel during his 90 years life. Health & Education sectors were given top priority. Even during Ebola attack, Haiti and Kashmir earthquake, Cuba provided its free excellent medical services. Agrarian reforms were carried out and laws based upon equal rights formulated. Due to nationalized planned economy, Cuba able to achieve 99.8% literacy rate along with universal health care system. Fidel will be always remembered due to his struggle against capitalism and imperialism”.

Speakers were included Zeeshan Shehzad, Awais Qarni, Tariq Chaudhary, Nadir Gopang whereas Nadeem Pasha chaired the session. Rana Sameer, Zeeshan Butt, Nosheer, Safdar and Zain sang their specially composed revolutionary song for the event which was much appreciated by the audience.  The program formally ended with the singing of Internationale. 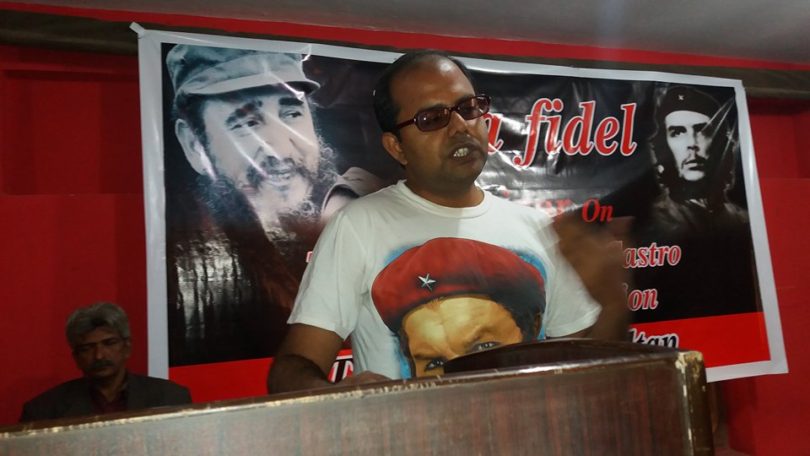 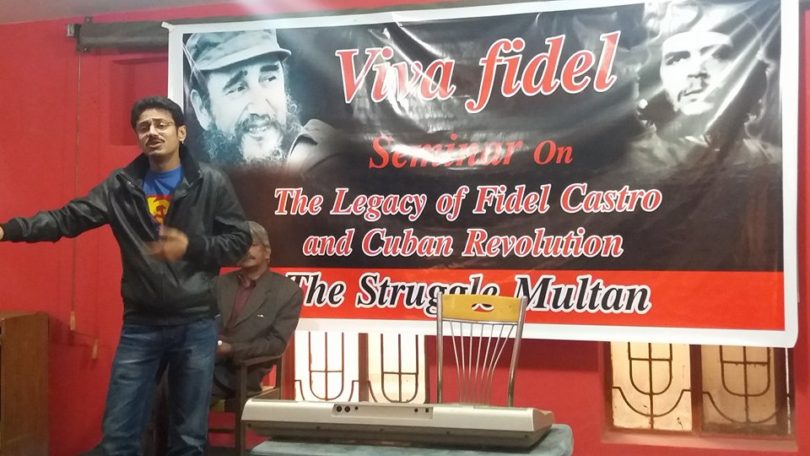 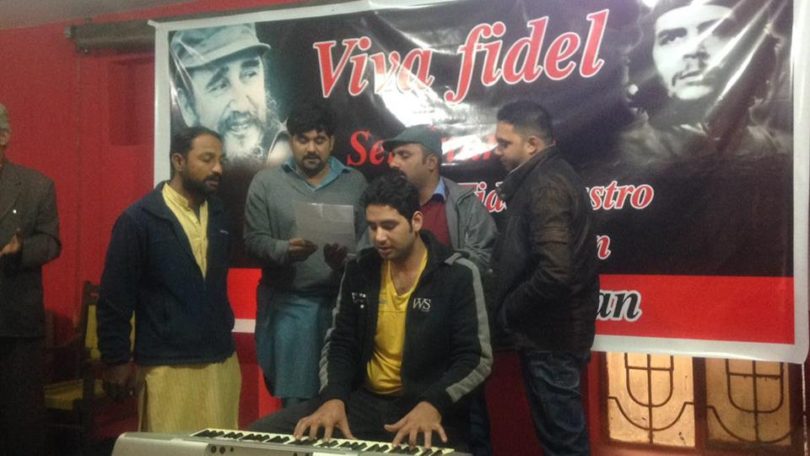 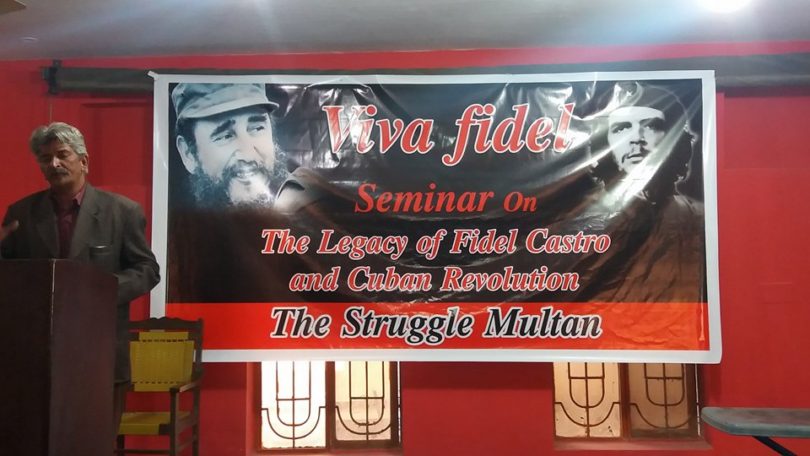