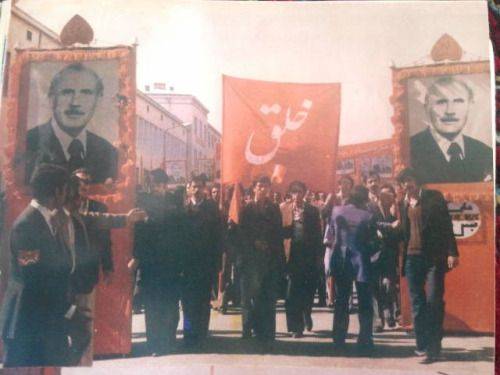 After more than eighteen years of imperialist aggression and occupation of Afghanistan, the US imperialists are losing their longest war in history. They are facing yet another shameful defeat after those in Korea, Vietnam, Iraq and Syria. Their frustration from this rout is evident in their desperate attempts to unleash another massive bombing campaign and frustrate ‘peace talks’ that seem to be as miserable a failure as their earlier botched aggression.

A UN quarterly report released on Wednesday revealed that;

“Afghan civilians are for the first time being killed in greater numbers by the US and pro-government forces than by the Taliban and other insurgent groups. The bloody milestone comes as the US steps up its air campaign in Afghanistan while pushing for a peace deal with the Taliban, who now control or influence more parts of the country than at any time since they were ousted in 2001…During the first three months of 2019, international and pro-government forces were responsible for the deaths of 305 civilians, whereas insurgent groups killed 227 people. Since 2017, the US military started quickening its operational tempo after President Donald Trump loosened restrictions and made it easier for American forces to bomb Taliban positions.”

According to US Air Force Central Command, the US dropped 7,362 bombs in Afghanistan in 2018, the highest number since at least 2010.

The imperialist aggressors and the corporate media’s former Mujahideen and present-day Taliban (both good and bad varieties) are two sides of the same coin. These bestial terrorists that were created, nurtured, financed, trained and armed by the US strategists in connivance with the Saudi deep state and Pakistan’s elite intelligence agency more than forty years ago. This plot was hatched and executed by the CIA. It launched the agency’s largest covert operation in the wake of a revolution that for the first time gave a ray of hope for a prosperous future to the beleaguered and impoverished people of Afghanistan. The Saur (Spring) revolution of 27 April 1978 was a leap of progress for the deprived and tormented masses of a destitute country, which for more than two centuries had been the bloody arena for the imperialists’ “Great Game” of mayhem and devastation.

Since the dramatic events that led to the revolutionary insurrection in which the People’s Democratic Party (PDPA) of Afghanistan took power under the leadership of Noor Mohammad Tarakai, and the subsequent radical and far-reaching reforms which came in its aftermath, the corporate media and intelligentsia on a world scale have distorted and maligned this rare glorious episode of Afghanistan’s chequered history. This revolution dared to free the oppressed masses in Afghanistan from centuries of medieval despotism and brutal devastation by the imperialists.

The dominant capitalist politicians and their intelligentsia and journalists have portrayed the Saur Revolution as the product of the Soviet occupation of Afghanistan. They have criminally tried to conceal the fact that the Russian forces entered Afghanistan only 18 months after the revolutionary victory on December 29, 1979. The first two presidents of post-revolutionary Afghanistan Noor Mohammad Tarakai and Hafeezullah Amin, leaders of the Khalq faction of the PDPA, had little faith in the bureaucratic regime that ruled in Moscow. This section of the leadership of the PDPA was bitterly opposed to any foreign intervention, including by the Soviet Union. Tarakai was killed earlier on in an inner-palatial intrigue, and Hafeezullah Amin was assassinated on the eve of the Russian intervention.

Even though it was not a classic socialist revolution from a Marxist standpoint, nevertheless it struck a blow against the region’s feudal drudgery, tribal primitiveness, religious oppression, capitalism and imperialism as no other revolutionary act had ever previously accomplished in South Asia. In the year and a half before the Soviet armies entered Afghanistan, revolutionary measures were introduced in almost every sphere of social and economic life in the country. To ensure equality of women and eliminate unjust patriarchy, forced marriages of girls in exchange for money and goods were effectively banned. The landed estates of the feudal lords, clergy and royal family were expropriated without compensation and redistributed to landless peasants. In addition, in the agrarian sector peasant cooperatives were established and equitable distribution of water introduced. All debts, loans, mortgages and revenues that had been imposed on generations of poor peasants by usurers and big landlords were annulled forthwith.

Major literacy programmes were launched. By 1984 one and a half million people had finished literacy courses, and in the same year, 20,000 literacy courses were functioning throughout the country enrolling 377,000 people. The target was to eradicate illiteracy in urban areas by the year 1986, and by 1990 all over Afghanistan. An important act of the revolution was to overthrow the oligarchy of capital to introduce such radical measures. The Saur Revolution proved yet again that in the neo-colonial countries not even the basic tasks of the bourgeois-democratic revolution could be accomplished under the rotten capitalist system.

These radical measures sent alarm bells ringing for imperialist interests in the region and sent tremors through the corridors of power in the imperialist capitals. The imperialist sponsored jihad against “communist infidels” was a counter-revolutionary insurgency to destroy the impacts of these reforms among the masses throughout the whole region that was plunged into a deadly conflagration. This Islamicist fundamentalist terror has ravaged countries from the Far East to the Middle East and penetrated Europe, America and far beyond. Afghanistan and Pakistan have become violent and criminal societies with ‘Kalashnikov’ cultures, drug addiction and economies riddled with cancerous black economies, breeding even more bigoted hatreds and terror.

The misconception spread about the Saur revolution that it was a revolution confined to a certain nationality or country was dispelled by the leader of the revolution Noor Mohammad Tarakai in an epic speech on the first anniversary emphasised the internationalist character of the Revolution;

The Saur revolution and the Jihadist counter-revolution in Afghanistan have exposed the absurdity of the Durand Line artificially drawn in 1893 to cut across the unity of the Pashtuns. Barbed wires and wide ditches cannot bifurcate the same peoples. The revolutionary movements and reactionary tendencies in Afghanistan and Pakistan, particularly it’s North West, are intrinsically linked. Only a unified revolutionary struggle on a class basis can put an end to the bloodshed, terrorism, mayhem, exploitation, misery, hunger, disease, illiteracy and deprivation devastating the region.

Today’s war-ravaged Afghanistan is also the victim of the imperialist vultures, both Eastern and Western. They are trying to scavenge Afghanistan’s vast mineral wealth and its strategic location. These states with imperialist designs are intervening in Afghanistan have their own terrorist proxies. This week massive causalities took place in bloody clashes between the ‘Taliban’ and ‘Daesh’ (Islamic State) over control of territory in eastern Afghanistan. According to some Afghan analysts Daesh is being backed by the US and Taliban factions by its imperialist rivals in this internecine conflict of the proxies.

Taliban and other reactionary groupings are not a unified force; nor do they represent the vast majority of the Afghans. Paradoxically like his predecessors, Ashraf Ghani is an imperialist puppet and his regime has little writ beyond Kabul. Hence no real peace can be achieved by uniting them into a setup based on capitalist relations and imperial hegemony. Afghanistan’s history bears witness to the fact that foreign sponsorship and intervention has only escalated conflict and carnage. The fundamental lesson of the Saur revolution is that only on a programme of class struggle can the country overthrow the rotten system and unite the peoples of Afghanistan. The imperialist-drawn artificial lines of partition cannot obstruct class unity and struggle once it forcefully erupts. A revolutionary victory in the present situation will have to expand beyond these existent frontiers to protect its successes and carry out a socialist construction of a society without violence, bloodshed, exploitation or deprivation.