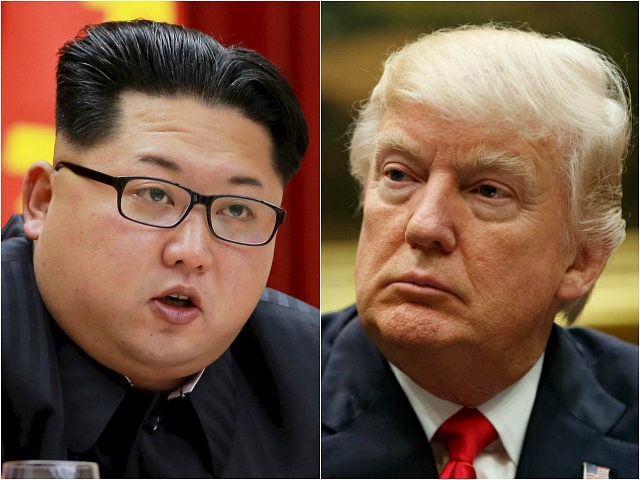 The Trump presidency in its first two hundred days has rattled US imperialist strategists. He has lurched from one blunder to another. On the domestic front Trump’s statement of blaming both sides while commenting on the supremacists’ murderous attack in the Charlottesville, has unleashed a firestorm in the US. On the foreign front, Trump’s bluster of “fire and fury” against North Korea has further complicated this dangerously spiralling conflict.

The world has seen devastations across the world by the US military, including the nuclear bombs dropped on Hiroshima and Nagasaki. The ramifications of an attack on North Korea would be disastrous for the peninsula and beyond. Trump’s volatility is often not in line with the interests and policies of the US ruling class. With his support collapsing, Trump is resorting to military threats and war hysteria to shore up his base. US presidents’ as Commander in Chiefs of the armed forces have wide-ranging powers to launch wars, declared or otherwise.

However, a direct military clash seems to be unlikely. The Guardian wrote recently, “But despite two unpredictable nuclear-armed leaders trading barbs, most observers believe the possibility of conflict remains remote, with the North Korean leadership using its nuclear program as a bargaining chip rather than an offensive weapon.”  Even Trump’s foreign policy boss, Secretary of State Rex Tillerson, just a few days ago was telling Kim Jong-un and the North Korean leadership that the US did not seek regime change and “we are not your enemy.”

North Korea’s ruler Kim Jong-un’s nuclear sabre rattling may seem absurd and somewhat lunatic but ‘there is a method in this madness’. He is far from getting the technology of launching a nuclear carrying missile. However in the past brinkmanship of Kim dynasty’s Stalinist regimes paid off in profitable deals with different US presidents’. One example was the 1994 deal between Bill Clinton and Kim Jong-il, Jong-un’s father. The North Korean leaders have exploited the acts of atrocities committed by the US imperialism in the past, against the Peoples of the Korean peninsula to perpetuate their rule. Sheer terror and a permanent state of emergency cannot hold any peoples’ down for long. For the masses of North Korea, warnings from their leadership about the United States seem all too real.

During the Korean war of 1950-53, the entire Korean peninsula was bombed and devastated by US air force. According to some estimates, a third of its population was killed. A Washington Post correspondent Blaine Harden wrote, “although much of the propaganda of today’s North Korean regime is preposterous and idiotic…the hate, though, is not all manufactured. It is rooted in a fact-based narrative, one that North Korea obsessively remembers and the United States blithely forgets.”

Dean Rusk, a supporter of the Korean War, who later became US secretary of state, confessed to brutality of imperialist aggression, “ the United States bombed everything that moved in North Korea, every brick standing on top of another… U.S. bombers destroyed hydroelectric and irrigation dams… flooding farmland and destroying crops…although the ferocity of the bombing was criticized as racist and unjustified elsewhere in the world, it was never a big story back home. War reporters rarely mentioned civilian casualties from U.S. carpet-bombing. It is perhaps the most forgotten part of a forgotten war.”

The current US-North Korean row is for the ownership of the tiny Pacific island of Guam. In early August, North Korea threatened to fire missiles into the sea near Guam that escalated the threatening rhetoric. North Korea’s claims on the island have some historical legitimacy. Guam belongs to the USA as war booty it acquired after the 1898 Spanish-American war. The US had annexed Puerto Rico and the Philippines in the same armistice agreement with Spain. The Philippines eventually got independence, but Guam remains an American territory, which in reality is a “self-governing” colony of the US.

Kim Jong-un is concerned about this tiny patch of ‘American land’ because he feels threatened by the huge US military arsenal stored up in this Island. On the north end of the strip is a huge USAF’s Anderson air base, hidden behind a dense forest with a fleet of advanced B1 bombers ready to strike North Korea. On the west coast of Guam an even more secret naval base maintaining a squadron of nuclear attack submarines. The US installed Governor of Guam Eddie Baza Calvo is a big fan of Donald Trump. He told the BBC: “There are more munitions stored here on Guam than any other place in the United States.”

For the time being there seems to be an apparent deceleration in the provocative furies. North Korean State media announced last week: “Kim Jong-un has reviewed plans to fire missiles towards Guam but will hold off… although prepared for the enveloping fire at Guam… it would watch what the foolish Yankees do before taking a decision.”

However, the regimes of the Pacific region are worried and want the de-escalation of the conflict. The China’s contradictory relations with the US are again palpable in this conflict. The Chinese regime reiterated its earlier call for a “dual suspension” deal. This deal asks Pyongyang to freeze its nuclear and missile tests in exchange for Washington and Seoul halting their military drills in the area. Although China has imposed cosmetic sanctions on North Korea but wants to impose its new super power status. ‘Communist party’-owned paper Global Times declared, “if North Korea attacks Guam, China will remain neutral but if the US and South Korea attack North Korea, China will resolutely intervene to prevent that”.

The escalation of this conflict shows the historical and economic decline of the US imperialist empire and the intensifying crisis of capitalism in the region is reflected in the aggravation of external threats of horrific military conflicts. Although a full-fledged war may not be imminent but strains in the Korean peninsula will keep on erupting where catastrophic clashes cannot be ruled out. Within the existing system, there is no way-out. Capitalism in its terminal decay can only present a future of doom for the human race. Lenin called it, “A horror without an end”.