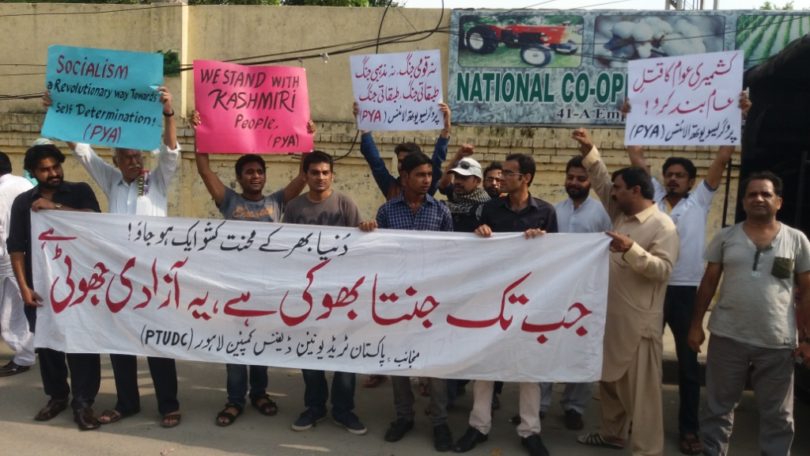 Protests were organized against poverty, price hikes, privatization, unemployment, load shedding and terrorism in which students, unemployed youth and women from different parts of the Hyderabad, Lahore and Multan participated.

The main banner of the protests stated, “Until the hunger prevails, there is no true Freedom”. Protestors carried placards which had slogans condemning the Quetta incident, atrocities committed by the Indian state in Kashmir and other socioeconomic issues. Protestors demanded guaranteed employment or unemployment allowance for all unemployed people, an end to privatization, nationalization of commanding heights, and an end of brutality by the Indian state in Kashmir and prosecution of terrorists involved in the Quetta attack. 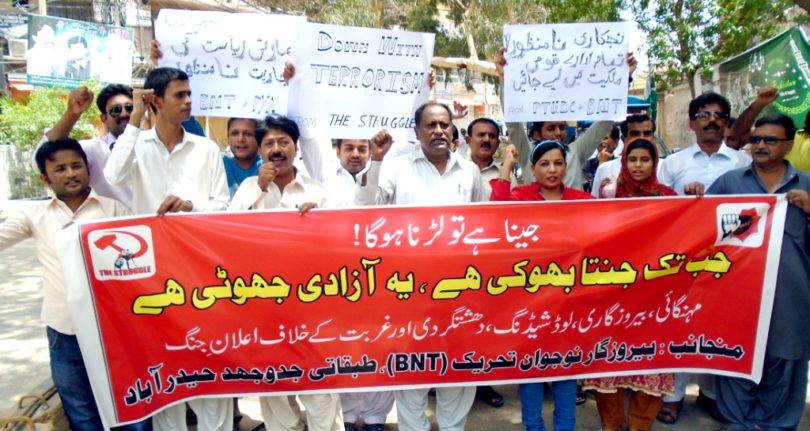 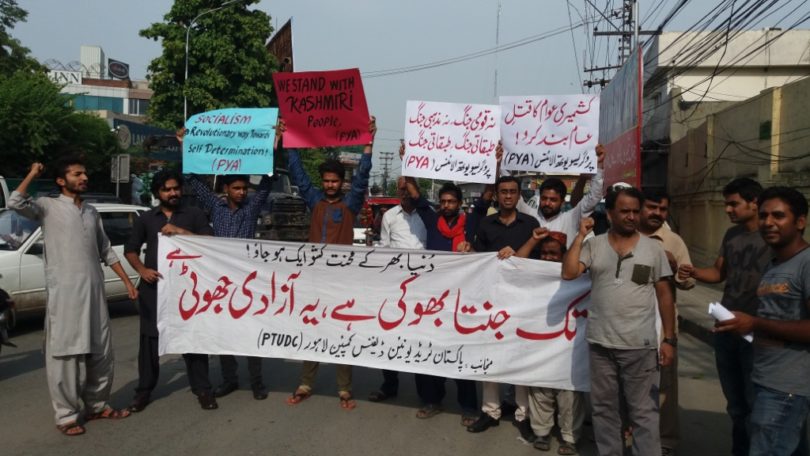 In Hyderabad, Dadu and Rawalpindi lectures and seminars were organized on the partition of the subcontinent. The discussion was opened that It was the mutiny in Royal Indian Navy after which the British couldn’t leave the subcontinent undivided. To crush the possibility of any working-class movement, they had to divide the people on the false basis of religion. The policy of “divide and rule” was adopted by the British to divide the people and the land in the name of religion. The real economic freedom for which people had sacrificed can only be attained through a socialist revolution. The only thing which can guarantee true economic freedom is the formation of a Socialist Federation of Subcontinent. 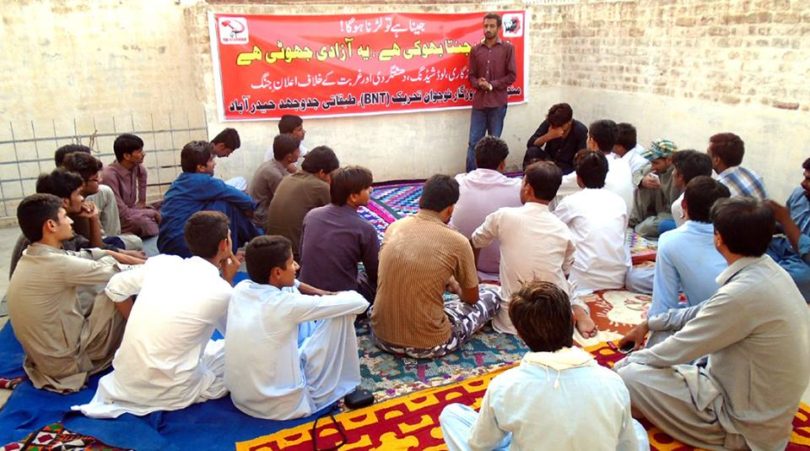 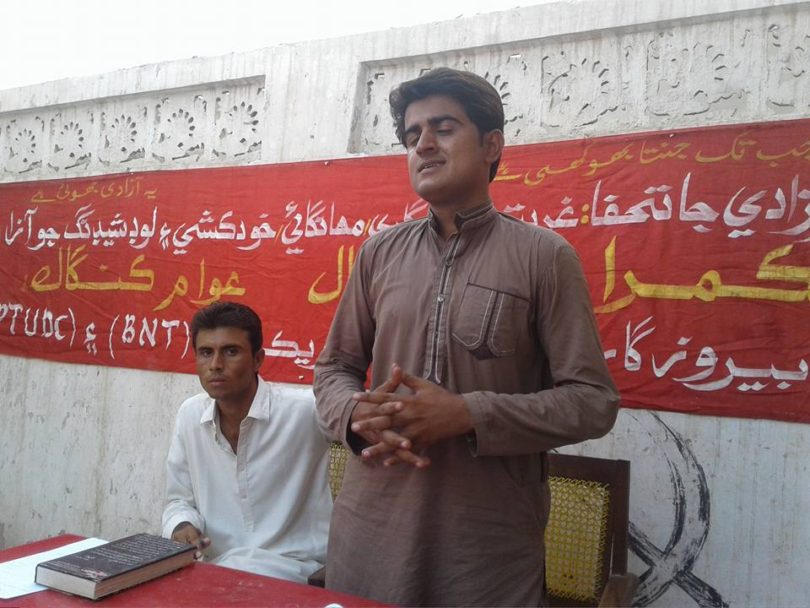 Protest Camps were installed on the morning of August 14 by PTUDC and BNT under the slogan “Until the hunger prevails, there is no true Freedom” in Jampur and Muhammad pur.

Leaflets were distributed which stated the demands. Many people bought the literature published by “The Struggle”. Political discussion continued all day long. The camps also displayed banners to show solidarity with the freedom struggle of Kashmiri people. 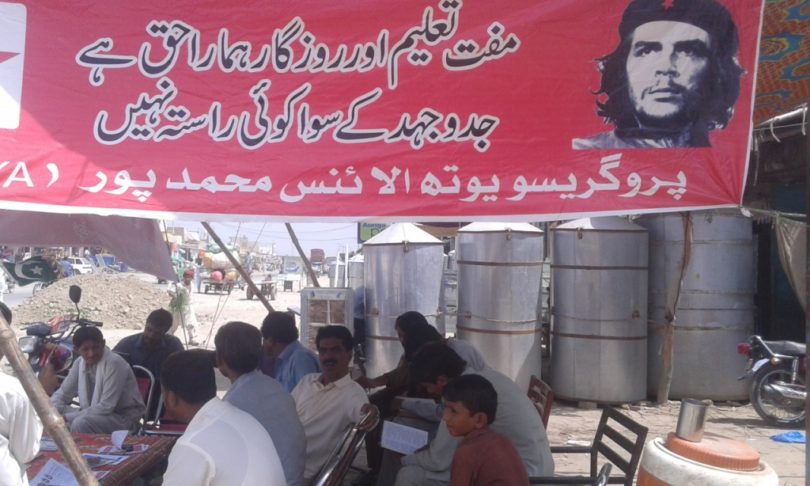 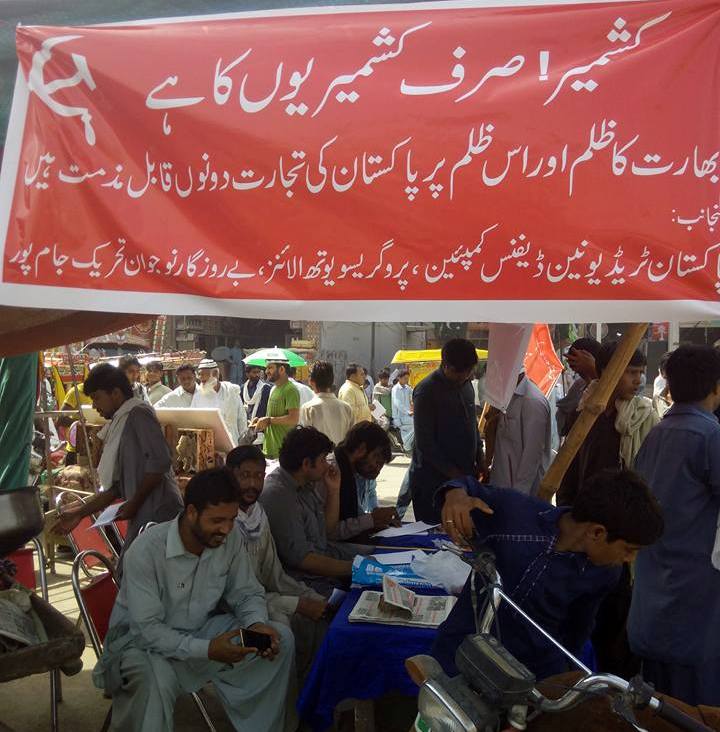 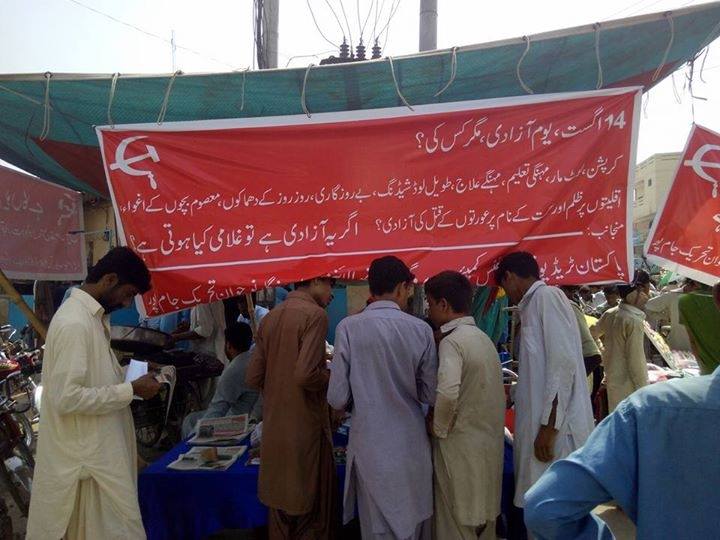 On the eve of August 13, PTUDC and PYA organized a musical gathering in Sialkot (Hapogarha) in which dozens of youngsters participated. A healthy political debate took place in a highly cultural environment. Participants recited the revolutionary poems and songs of Faiz, Jalib, Ustad Daman and Sahir. Discussion took place that our task is to get the youth out of this alienation and enlighten them with revolutionary ideas of Marxism to fight for a socialist revolution which will put an end to this mass deprivation. 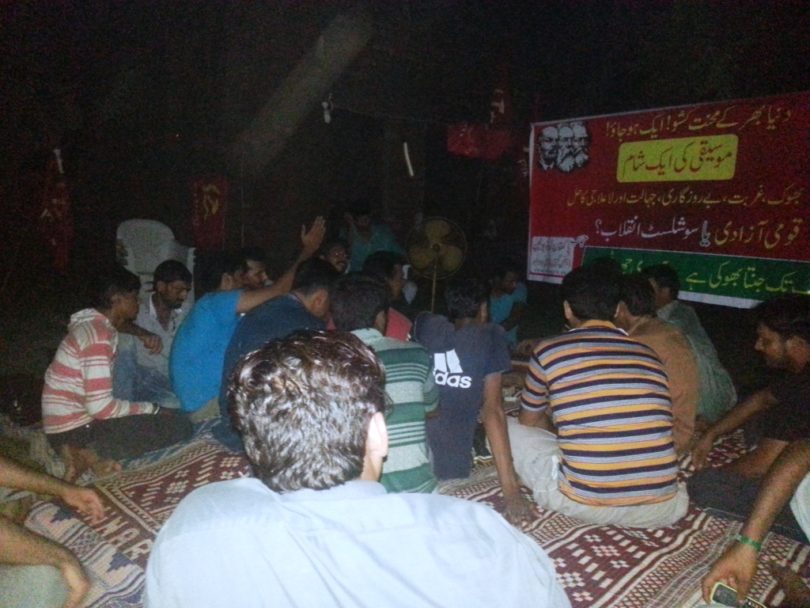 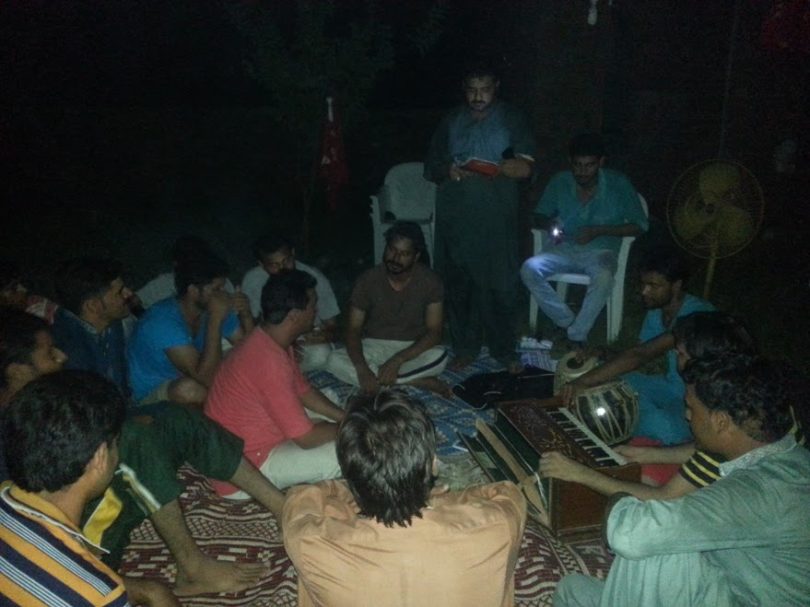