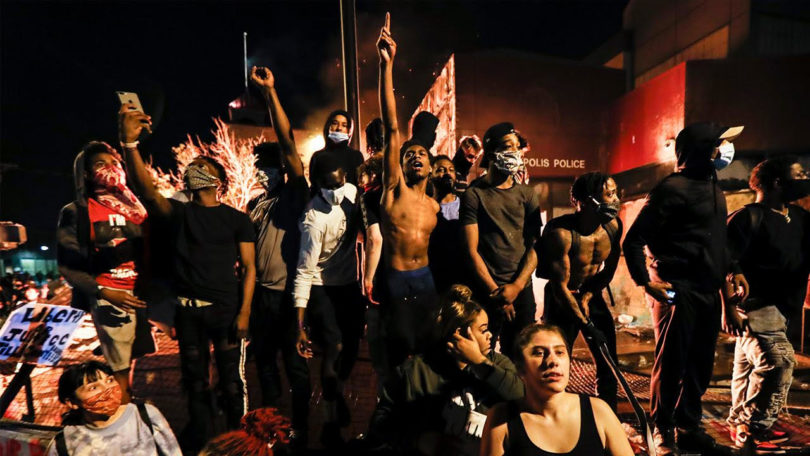 Protests triggered by the murder of George Floyd at the hands of Minneapolis police have spread nationally. On the fourth day of protests, actions were recorded in at least 30 cities, including in front of the White House in Washington. A real rebellion is unfolding in Minneapolis and the state has deployed the National Guard and issued a curfew over the weekend. 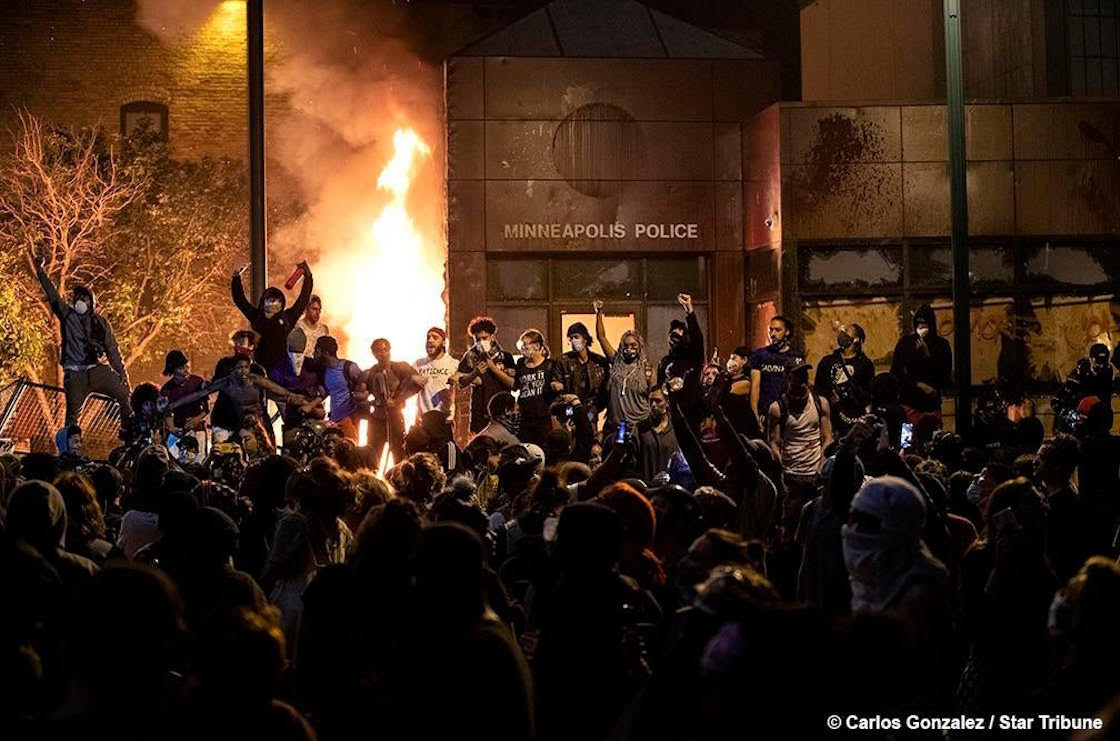 The breakthrough of black struggle and the development of a nationwide protest movement against police violence and racism is a key event for the development of class struggle. It reflects an outbreak of rage against police violence and racism, but also with the structural conditions of inequality and racism that are a central part of the functioning of US capitalism. It is part of the ongoing struggles of the working class, such as the wave of wildcat strikes during the pandemic, and has the potential to open up a new situation in the class struggle in the US, strengthening the working class as a whole. And it is happening at the moment when governments and capital are moving towards the reopening of the economy when the pandemic is far from peaking in much of the country and the death toll continues to rise.

The entire political establishment, from Trump to the Minneapolis Democratic Mayor, Jacob Frey,  have gone out to confront and discredit the protests. The former tweeted that the army was ready to regain control, and that “when looting starts, the shooting starts.” Frey, for his part, argued at a press conference on Saturday morning that protesters are not Minneapolis residents, but outsiders seeking to cause violence. 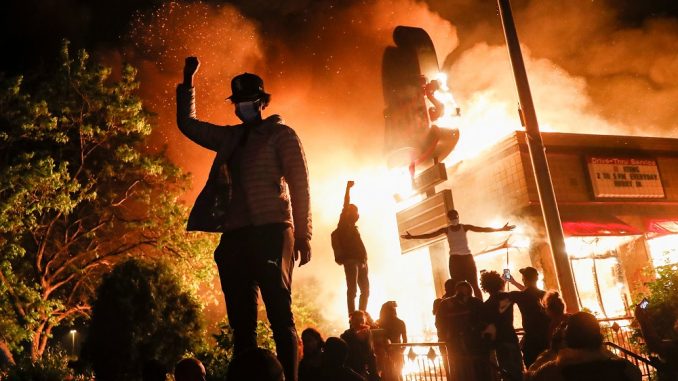 It is the speech that accompanies the repressive escalation. More than 1700 National Guard troops have been deployed to the region, in the largest operation in the history of the state of Minnesota. Protests around the country have faced strong repression and hundreds have been arrested.

In the face of state repression, working-class solidarity has also grown. First in Minneapolis and then in New York, public transport workers have refused to transport detainees as required by the police. The union locals in both cities have issued statements demanding justice and union members have launched a national petition calling for massive and coordinated protest actions.

The protests have already achieved a first partial triumph with Dereck Chauvin’s arrest for murder. But this is not enough to achieve justice and so the movement continues demanding the arrest and conviction of all the policemen involved. It has also targeted the structural racism of the police apparatus and the system. In the same direction, the International Socialist League demands the dismantling of the racist police and we stand in solidarity with the fight for justice and against police brutality as part of the struggle against the capitalist and racist system.

Protests Across the United States

In Minneapolis/St. Paul a huge rebellion is unfolding that has defied the presence of the National Guard and the declaration of a curfew. It faces a growing criminalization by the authorities and even the threat of mobilizing troops towards the city.

In New York, there was a major action with thousands of people Friday afternoon in Brooklyn. There was a strong police presence and according to the NYPD, there have been more than 200 arrests linked to the protests. New actions are called for Saturday in every neighborhood of the city.

In Atlanta, thousands took to the streets with a large concentration at the gates of CNN where they were violently repressed. The governor of Georgia declared a state of emergency and mobilized the National Guard.

From St. Louis, a comrade sends us the following account: “Last night in St. Louis, Missouri, several hundred people marched in honor of George Floyd and to call for an end to police brutality. Many in the crowd held signs reading All Cops are Bastards and chanted Fuck 12, as calls to abolish the institution of policing altogether. The march started around 6 PM, and continued through the streets of downtown St. Louis. Several individuals moved off the sidewalks or got out of their cars to join the marchers, after calls of “park your car and come join us!” As more and more joined, the group cheered, and danced. By 11 PM the protest had blocked a six-lane highway. Some protestors stopped a shipping truck, while others chanted and blocked traffic on the expressway. The driver of the truck murdered one protester by driving over him in his eighteen-wheeler truck. The group dispersed by 1 am, and by my knowledge, there were no arrests. The march in St. Louis had great significance because this is the birthplace of the 2014 Ferguson rebellion, in which months of protests and riots against police violence towards black people were sparked by the brutal police murder of Black teenager Michael Brown by white policeman Darren Wilson. “We are the blueprint for the revolution,” one organizer said. St. Louis has been in this movement since 2014 and is now reinvigorated for the fight ahead. More assemblies and protests are planned in the coming weeks.” 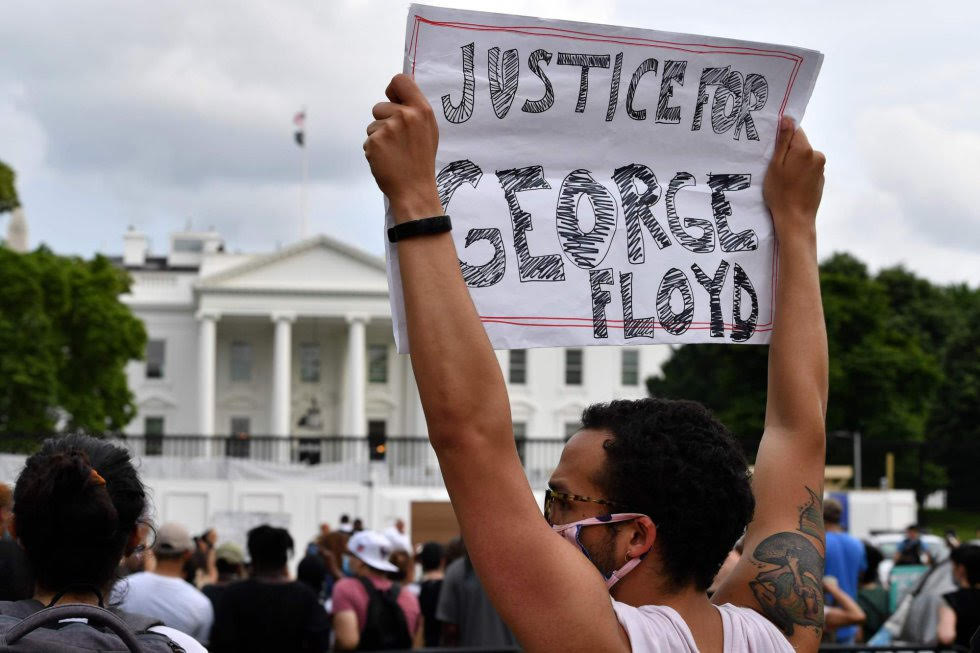 In Washington DC, thousands marched to the White House, expressing the anger against Trump’s racist government. In Los Angeles, where some of the first protests in solidarity with Minneapolis took place, thousands took to the streets again and the government decreed a ban on rallies in the city center. There were also significant actions in Chicago, Houston, Dallas, Louisville.

In total, actions were recorded in at least thirty cities, demonstrating the enormous development of a rebellion that opens a new political moment in the United States.