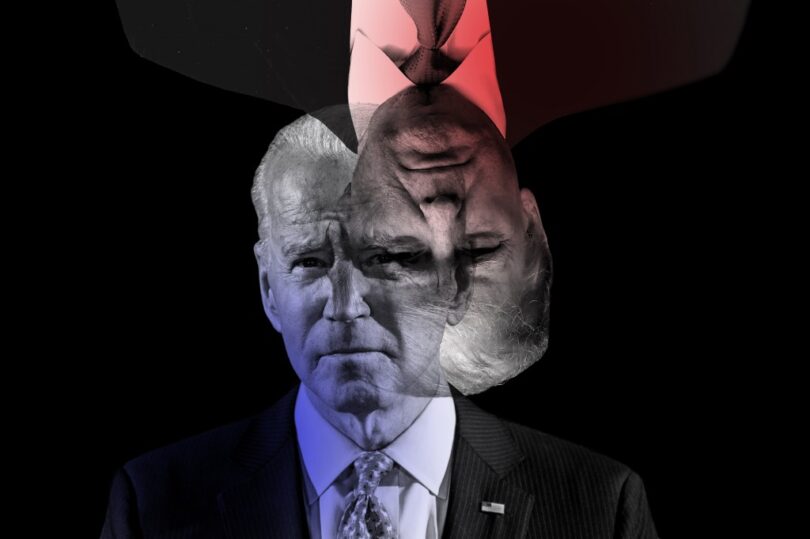 On the morning of Saturday, November 7, after three days of counting the votes, Biden has been declared the winner of the elections. In a very tight race in several key states for the definition in the Electoral College, the victory of the Democratic Party candidate was considered to be irreversible after taking in the state of Pennsylvania. Trump has repeated his claims of electoral fraud and is preparing legal actions, but has lost support among some allies to continue down this path. Regardless of how events in the coming weeks unfold, during the transition until the Electoral College vote on December 14, and the presidential inauguration on January 20, it is important to carry out a preliminary assessment of the electoral result and the political perspectives. This article seeks to be a first contribution in this regard.

The Victory of the Democratic Party

The Democratic Party managed to capitalize on the rejection of Trump. This led them to get more than 74 million votes (about 9 million more than what Hillary Clinton obtained in 2016), and to defeat Trump in the popular vote by a difference of about 4 million votes. However, Biden failed to reap a resounding triumph, and the Electoral College’s results hinged on small differences in his favor in a handful of key states. At present, the Republican Party is retaining control of the Senate.

After the display of unity in recent months, in which the “progressive” sector of the party put all of its energy into the campaign for Biden, an electoral result that fell short of expectations has made differences resurface. The “centrists” of the party have quickly come out to say that the “radical” proposals of the progressive wing alienated part of the electorate. Thus preparing the ground for what will come under their government.

It would be more accurate to characterize what has happened as a Trump defeat rather than a Biden victory. Even if that defeat was not overwhelming. It has not been the enthusiasm generated by Biden that has managed to garner many more votes than in 2016. The historic anti-racist rebellion that mobilized millions contributed considerably more to motivate people to defeat Trump than Biden’s campaign. This can be seen in states like Georgia, where Democrats have not won since 1992 and are now close to achieving this. This state had a youth turnout above the national average (21 per cent of voters versus 17 per cent of voters). This segment favored Biden, particularly the Black youth 90 per cent of which voted for Biden. 35 per cent of young Black men in Georgia identified racism as the decisive issue for their vote.

The Future of “Trumpism”

The electoral results reflect the polarization that has been one of the fundamental characteristics of US politics since the 2008 crisis and has been accentuated during the Trump presidency. Far from losing votes, Trump increased his share by about 8 million compared to 2016, going from almost 63 million votes to more than 70 million. With this result, it is clear that “Trumpism” will continue to be a considerable political force.

To analyze this phenomenon it is important to bear in mind that its existence is the result of deep structural causes. Trump emerged as a right wing response to a political scenario shaped by the crisis of the regime of capitalist accumulation, its neoliberal form, the imperialist state and the modes of political representation that have prevailed during the last four decades. The 2008 crisis exposed the exhaustion and crisis of the American bipartisan regime. A Democratic Party that was the vehicle for neoliberal reforms and international free trade agreements lost part of its traditional electoral base. The frustration of hopes for change deposited on Obama was the final blow.

“Trumpism”, regardless of how repulsive it may be, is not an aberration but a “morbid symptom” of a deeper crisis. It will continue to be a stable and significant presence in American politics until the structural conditions that gave rise to it are radically transformed. It is this sense that one must interpret his statements on electoral fraud. More than reversing the result of the elections, they aim to galvanize and consolidate his base moving forward.

However, it is important to discard any one-sided analysis of a “swing to the right” in the electorate. The reality is more complex and contradictory, and this has had expressions even in the electoral field. In the state of Florida, for example, where Trump obtained 51 per cent of the votes, a popular initiative that brings the minimum wage to $15 an hour also won with 60 per cent of the votes. A national poll conducted by the conservative Fox News, revealed that 72 per cent of voters are in favor of switching to a government run health system (39 per cent strongly in favor and 33 per cent somewhat in favor), that 72 per cent of the electorate favor of a path to citizenship for illegal immigrants compared to 28 per cent in favor of deportation and that 71 per cent are in favor of upholding the Roe vs. Wade that opened the doors for legal abortion.

The United States faces a series of interlocking crises. The structural decline of its imperialist hegemony, the crisis of the model of capitalist accumulation shaped during recent decades, the crisis of the regime and the political parties. Faced with this scenario, the Democrats will seek to build a government of “national unity.” They have already approached Republican figures to join Biden’s cabinet. Throughout his campaign, Biden was focused on “uniting America.” The program of imperial restoration, the recovery of the capitalist economy and the reconstruction of the legitimacy of the political regime, faces enormous obstacles. Therefore, it requires the construction of a government of “national unity”.

Going forward with this program will not be an easy task. In the first place, because the immediate precedent of the current moment was a historic rebellion that was in turn preceded by a decade of radicalization with several peaks. This means that there are large reserves in the mass movement for the struggles to come. Biden will not face a defeated and demoralized mass movement, but one that is coming off a rebellion. Neither has he managed to garner great enthusiasm, in contrast with Obama’s election twelve years ago. The celebrations in the street owe more to Trump’s defeat than to Biden’s victory. Second, because the pandemic and crisis are nowhere near being resolved. This implies that the Biden administration’s room for maneuver will be reduced. Third, because the conditions that fed the polarization remain intact, so the right will continue to be a relevant political actor and will seek to appear as an alternative in the opposition to Biden’s government.

Debates in the Left

The process of radicalization in recent years gave rise to a growth of the left that developed alongside important debates around questions of tactics and strategy. Brought to the terrain of the presidential election, these debates found expression in the fact that a substantial part of the socialist left called to vote for Biden. The arguments made by this sector essentially revolved around the exceptionality of Trump as a threat to democracy and the possibility that he would stage some kind of coup to stay in power.

However, as we have seen in recent weeks, these analysis rested on a mistaken assessment of the orientation and structural dynamics of the ruling class and the imperialist state. No considerable fraction of the military apparatus or of the bourgeoisie stood by such plans. Trump couldn’t even count on the support of the entire Republican Party. On Thursday the National Manufacturing Association released a statement on which it declared its faith in the democratic process and called for all votes to be counted. The Chamber of Commerce also called for respect for the electoral process. Senior figures in the Republican Party have dismissed Trump’s remarks. Even media outlets which have been close to Trump, like the Wall Street Journal and even more so Fox network, have had an editorial line focused on respect for the electoral result. Finally, despite the existence of actions by right-wing groups in some venues where votes were being counted, we have not seen a massive response in the streets by Trump’s base. This debate of consequence for the politics of the left in the face of a Biden presidency. Republicans will surely control the Senate, and the right will remain a force with presence in the streets. As has happened other times in history, the Democratic Party will try to discipline social movements within the limits of the defense of the Biden government against the “threat from the right”. Faced with this scenario, the political and class independence of the socialist left is more important than ever. The task of building a socialist political alternative to the two parties of capital, opposed both to the reactionary right, Trumpism and the Biden government, is fundamental for the dynamics of the coming period.