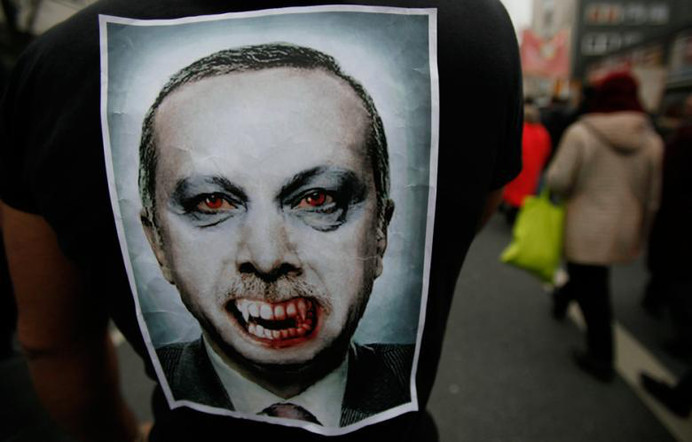 The announcement of the Turkish prime minister, Ahmet Davutoglu’s resignation after 20 months in office amid deteriorating relations between the prime minister and the president, Recep Tayyip Erdoðan, exposes the deep crisis of the Turkish regime and the state. While there have never been open squabbles between the two leaders, with Davutoglu largely appearing as Erdogan’s compliant devotee, disagreement surfaced on major areas of policymaking, economy, Syrian refugees and resumption of peace talks with the outlawed Kurdistan Workers’ party (PKK), which Erdogan staunchly opposes.

Another major conflict was around publicly backed legislation aimed at tackling corruption. Erdoðan who had been embroiled in a serious corruption scandal that involved several government officials and his immediate family made sure the bill was withdrawn. However, the issue that pushed Davutoglu out of grace was his disapproval of Erdogan’s plans to move Turkey to a presidential system of government. Davutoglu had been expected to play a backseat role as prime minister as Erdogan pushed ahead with plans to make the largely ceremonial presidency into a powerful executive position. The resignation gives a free hand to Erdogan to appoint a more loyalist and compliant successor.

Davutoglu did not have sufficient support either in the Justice and Development Party (AKP) or among Turkey’s voters to challenge Erdogan. This was one of the reasons Erdogan chose him as prime minister in the first place. Erdogan would not have risked it if there was a chance that Davutoglu could take even one MP with him, as he needs the vote of every single AKP MP for his coronation. The development comes at a time of increasing instability for Turkey, which is tackling an escalating conflict with rebels of the PKK, attacks by the so-called Islamic State, and an influx of migrants and refugees. Turkey is also in the midst of implementing a key deal with the European Union, brokered by Davutoglu, to limit the number of refugees flowing across its border in return for accelerated EU accession talks and financial aid. The future of that agreement, which Davutoglu was seen as having agreed with little input from the president, could be plunged into doubt by his departure.

The political uncertainty has rattled the financial markets. The Turkish lira suffered its heaviest daily loss on Wednesday, down almost four percent against the US dollar. The explosive rise of Turkey’s economy in the past years is one of the most fascinating yet deceptive growth stories. Since 2002, Turkey’s economy nearly quadrupled in size on the back of an epic boom mainly in construction that led to the building of countless malls, skyscrapers, motorways and ambitious infrastructure projects. The Sharifs in Pakistan are trying to ape Erdogan not just in his economic policies but also his unpopular ‘democratic’ practices. Like many emerging economies in the past decade, Turkey’s economy continued to grow virtually unabated with low interest rates through the global financial crisis, while most western economies stagnated.

Forbes wrote, “Ultra-low interest rates are, of course, notorious for creating temporary economic booms that are driven by credit and asset bubbles — a fact that was not lost on Erdogan, who vowed to make Turkey one of the world’s 10 largest economies by 2023. Loans to Turkey’s private sector have more than quadrupled since 2008, even though the country’s real GDP only increased by approximately a third and a good portion of that GDP increase was driven by debt.” But even before Erdogan’s dreams explode global financial markets are already dumping assets of emerging economies, such as Turkey. They have had plenty of reasons to sell Turkish assets and currency, which appear vulnerable in the face of growing instability triggered by political as well as military adventures.

Erdogan is attempting to resolve conflicts by violence, war and whipping up national chauvinism, spiced up with Islamicist overtones. Instead he has rekindled a seething yet relentless conflict with the Kurds by declaring a war against the Kurdish people, using political and armed wings of the PKK to crush Kurdish nationalists and impose his hegemonic rule.

Indiscriminate arrests of Kurdish political activists and bombing of PKK encampments on the Iraqi side of the border is going on unabated. Erdogan has declared large chunks of Kurdish populated territory as a military security zone. Erdogan’s NATO allies are fully aware of his double speak particularly with regards to his covert dealings and connivance with the Islamic State (Daesh).

Cengiz Aktar, a senior scholar at the Istanbul Policy Centre recently wrote, “Ill advised by a cohort of sycophants, he [Erdogan] is increasingly insulated from reality. He has become a sort of ‘untouchable’ and ‘unaccountable’, making decisions that put both the country and the region at risk…it means chaos for Turkey and more instability for an already insecure region. In sum, Erdogan is now part of the problem and no more part of any solution.”

Since the Gezi Park protests of the summer of 2013 and the corruption charges against the AKP, there have been several struggles of the workers and youth in Turkey ever since. The sultan’s ultimate wrath is directed at these workers and youth who have arisen again and again defying the repressive regime. Sharan Burrow, ITUC General Secretary said: “The government seems to be intent on crushing unions and depriving workers in Turkey of their legitimate rights…this will seriously damage living standards.”

On last Sunday’s May Day, some 200 people were arrested as police used water cannon and tear gas to stop people from reaching Istanbul’s Taksim Square, a traditional May Day rallying point declared off-limits by the authorities. One man was killed when hit by the police water cannon truck. Thousands more took part in rallies at the officially designated venue in the Bakirkoy district of Istanbul and other cities around the country. With the economy nose-diving, government and state in disarray and the plight of the toiling masses worsening there is a seething revolt in the Turkish society. It is bound to erupt. When that happens the youth and workers shall move forward to transform society, ending capitalist misery.