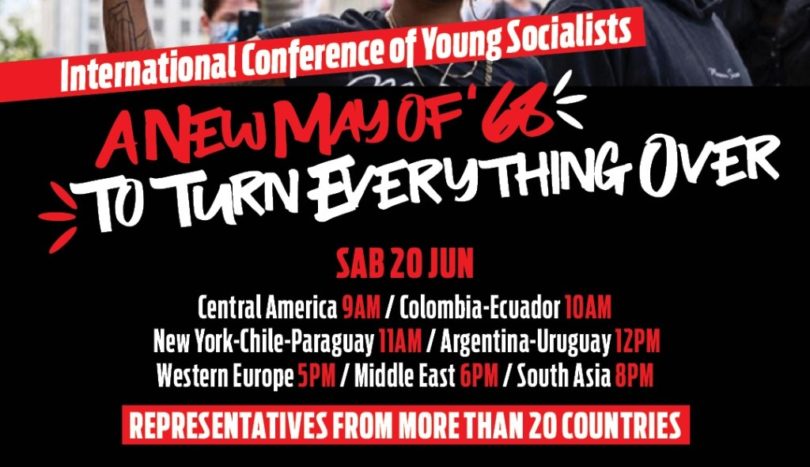 As we write this declaration, the entire world is closely following the rebellion in the United States, which draws the sympathy of the majority of the youth. Actions of international solidarity grow. This process confirms trends in full development: COVID19 has amplified the capitalist crisis, the bourgeoisie tries to apply its program of austerity, and the masses react. This is the general picture that defines the world situation. Capitalism and the bourgeoisie at the command of the world only know one way to overcome their recurring crises: increasing the exploitation of the working class, expanding the depredation of nature and deepening oppression of all kinds. Therefore, the course of the coming period and the eventual way out from the crisis will be decided in the process of the class struggle, confronting the actions of governments against the masses as a whole and, in particular, against the youth. 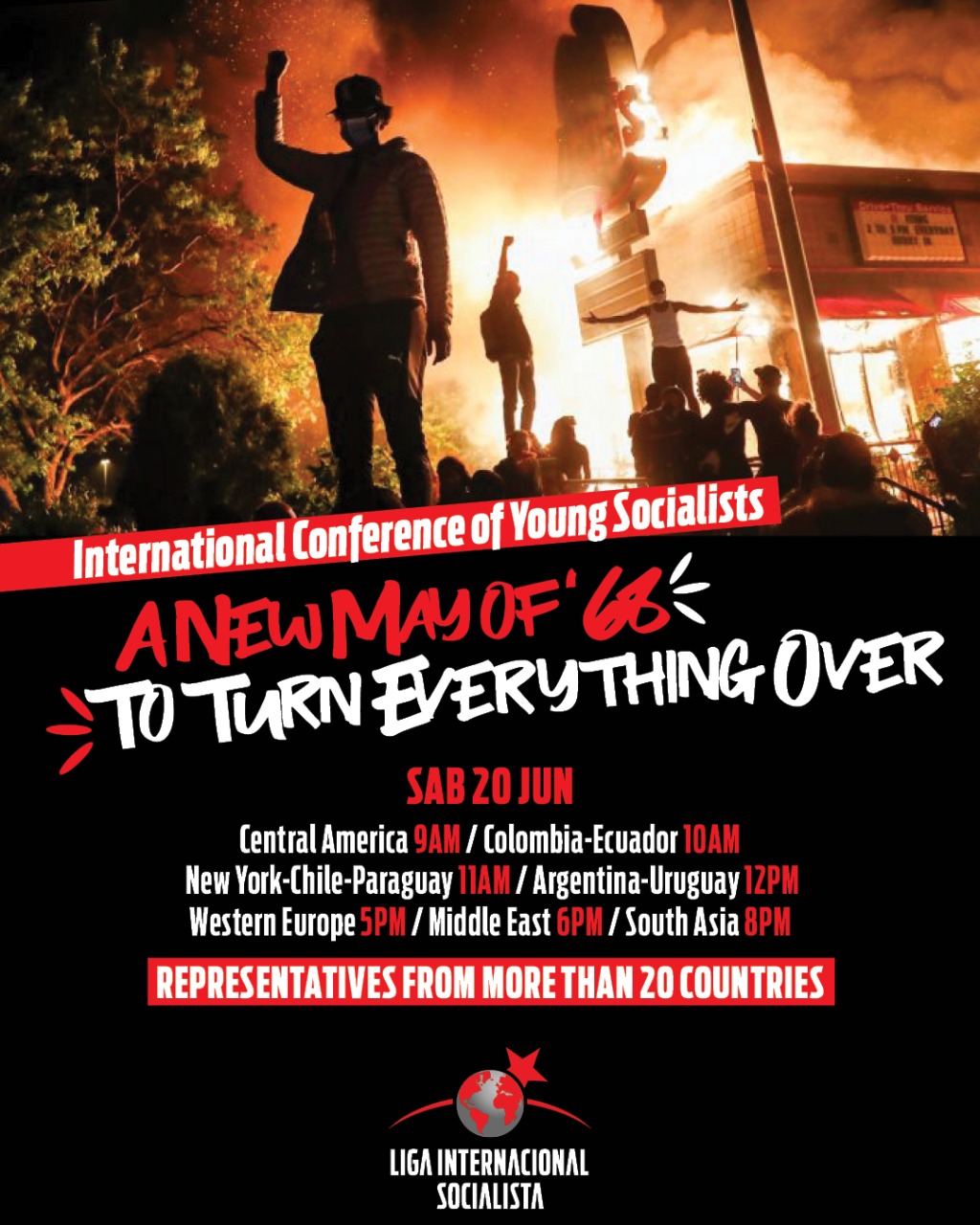 The capitalist perspective for the youth is categorical:

Therefore, the future is at risk for the present generation, under the political leadership of the world bourgeoisie.

This outlook is the challenge that the world’s youth faces: defeating the redoubled capitalist offensive for profits and building a bridge towards a new economic, social and political model. The historical perspective is placed in these terms.

The Rebellion is Not In Quarantine

The rebellion tends to globalize, unevenly, but with that indisputable perspective. The rebellion in the heart of imperialism is a sign of the current world polarization. It corroborates that the “impasse” imposed by the pandemic, the confinement in various regions of the world, after a logical initial impact, has not dissipated the previous accumulation of social force, it has not diluted the strength of the outraged youth. On the contrary, the protests’ vitality has resumed and expanded, more so with the aggravating role of the insensitive, inhuman and irresponsible role that capitalist governments have played in the face of the pandemic. This independent action of the masses, which has reactivated on all continents, is a defining feature of the stage that we are going through and, at the same time, anticipates changes that we will have to analyze in order to intervene politically. However, the growing struggles with the youth playing a central part, constitute an important and positive development for socialists. If there is struggle, there is experience, and consciousness can advance, witnessing the disastrous role of all traditional political parties and, even more so, of the false left that only operates to help the capitalists. Thus, the task of building organizations for the revolution, in the heat of the rebellions, gains space and opportunities. Though, of course, the ruling class will not easily resign its power.

In this context, and in a preventive and defensive way, the capitalists’ ideological factories and their “left-wing” associates, the reformists, make every effort within their reach to sow illusions in some new form of humanized capitalism. But those “siren songs” are limited by the reality of an economy in crisis with no margins for concessions to the masses. Even worse: to ensure their dominance and continuity, corporations and their governments deploy more and more repressive violence, their last resort. Therefore, the difficulties for capitalism to ensure basic rights that the youth refuses to resign, opens an enormous field to fight for the ideas of socialism. This poses the need to reshape everything, through a true revolution with the working people at the vanguard. And it raises the task of building organizations to fight for power. The unprecedented experience of the pandemic, combined with the capitalist crisis, and the response of governments preserving the interests of the 1 percent, brings the exhaustion of the system to the fore, with all its decadent barbarism, and the challenge of building a new world, founded economic equality, without parasites of others’ labor, without oppression or exploitation, without repressive violence, with a real democracy of the majority, of the working class, the youth and the poor people of the world.

Another May of ’68, to Turn Everything Over

To take up these tasks, to debate and exchange experiences, for the purpose of intervening in this “New May of ’68” that seems to be spreading throughout the world and really turn everything over, the youth sections of the International Socialist League’s organizations on all 5 continents, convene a Conference of Young Socialists on June 20. We look forward to the participation of comrades from over 20 countries from all regions of the planet, and at the same time, we consider this Conference as a space of democratic deliberation to resolve actions of struggle and organization in our countries. Because we are realistic and fight to reorganize society without imperialism, without capitalists, without inequalities, without repression. Because we are internationalists, socialists that struggle for the revolution and a new world, without exploitation or oppression.