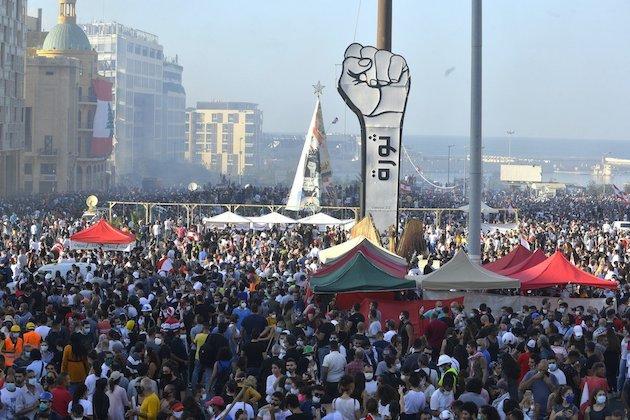 Prime Minister Hassan Diab resigned along with his cabinet on August 10, pointing out that the country’s “chronic corruption” was responsible for the explosion that destroyed the port and half of the city of Beirut on August 4.

BREAKING: "I declare today the resignation of this government."

Lebanon's PM Hassan Diab announces the resignation of his gov't amid anger over the Beirut blast.

The enormous explosion that blasted the port of Beirut on August 4 devastated half of the Lebanese capital, left hundreds dead, thousands injured, more than 300,000 homeless and caused a deep humanitarian crisis.

In the absence of a response from the government, it was the population itself that went down en masse to the most devastated areas to put out the fires, lift the rubble and help the wounded and trapped. Meanwhile, it became known that the causes of the explosion lay in the criminal negligence of the government, which had ignored repeated warnings about the danger of 2,750 tons of ammonium nitrate stored in the port of Beirut.

The outrage of the Lebanese people was immediate. Tired of a completely exhausted regime, thousands took to the streets, filling the Martyr’s Square and groups of protesters took over the ministries of Economy and Environment. Another group, led by retired army officers, occupied the Ministry of Foreign Affairs, declaring it “the headquarters of the revolution.”

The government responded by taking the army to the streets, brutally repressing the mobilized people, but could not stop the rebellion, which won the streets and confronted the repressive forces day after day against a completely delegitimized government, which first announced early elections, and finally had to resign in the face of widespread social rejection. 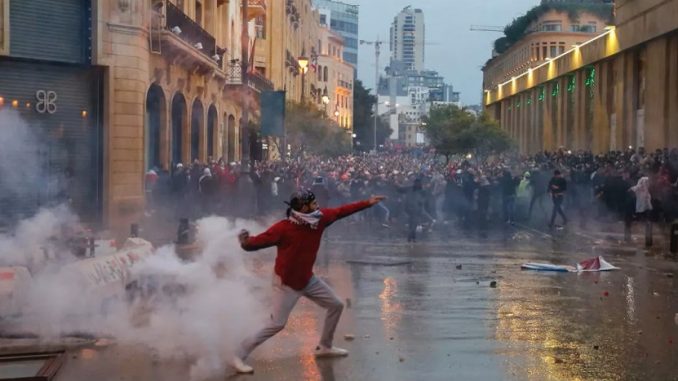 The Epicentre of a Global Rise

The rebellion of the Lebanese people was not born in response to the explosion of August 4. In October of last year the masses took to the streets for weeks, forcing the resignation of the prime minister at that time, after he tried to impose a tax on WhatsApp messages. That tax was the final straw, unleashing a revolutionary process that continues today against the confessional and sectarian regime that was born with the end of the civil war in 1989.

The people rose up against 30 years of neoliberalism, surrender, adjustment and corruption that led Lebanon to a total economic collapse in 2019. For this reason, the new government, which emerged from the same political parties of the regime, did not offer any solution nor stopped the process of mobilization.

The quarantine imposed by the coronavirus pandemic granted the government a pause in the protests, which was also short-lived. Since April 20, the people have taken to the streets again, radicalized and targeting the government and the banks with the cry of “better to die of coronavirus than of hunger.”

Both in October and in recent months, the Lebanese youth has been at the forefront of the rebellion, a process that is not limited to the country, but that has crossed all over the world last year, and which at the same time has in Lebanon an inspiring epicenter that spreads a process of rebellion against capitalist austerity and repression throughout the region, which has seen major mobilizations in Iran, Iraq and other countries in recent months.

The explosion in the port precipitated another chapter in the revolutionary process that had been developing and deepening day by day. 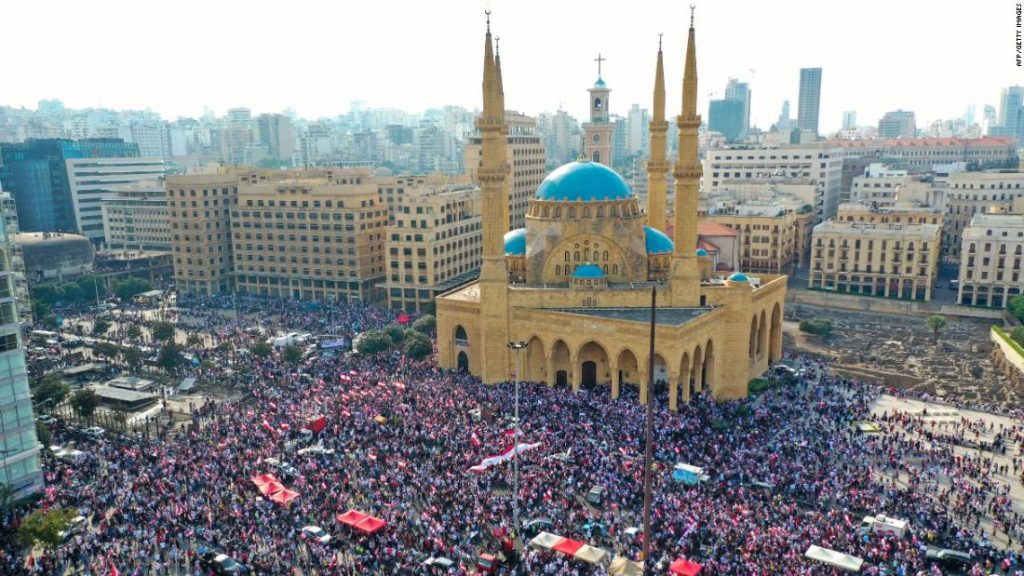 French President Emmanuel Macron visited Beirut the day after the explosion. Behind his false humanitarian discourse, two concerns of French imperialism are hidden. One is to defend their economic interests in the country, which was a French protectorate from 1920 to 1943. Since then, the French bourgeoisie has carried on important businesses in Lebanon.

On the other hand, France is one of the countries most shaken by the worldwide rise of the class struggle, with the rebellion of the yellow vests and historical general strikes. If there is one thing Macron is clear about, it is that the spread of the Lebanese revolution in the region will have repercussions in Europe as well, just as the Arab Spring had in 2011.

Macron’s interventionist intentions were so unconcealed that during his visit a petition “asking” that France take control of the country for 10 years started circulating. This neocolonial attempt by French imperialism must be confronted and defeated.

Our comrades of the “Movement for Change” have been at the forefront of the rebellion since October, being one of the most influential leading organizations of the permanent encampment and the daily mobilizations that overturned the government of that time.

Since the port explosion, they have been organizing the cleaning of debris, collection and distribution of food and other necessities and accommodation for families who lost their homes. And they have once again been in the frontline in this new uprising.

The uprising has the huge challenge of putting an end to the pacts between the religious sects that divide the different government institutions between themselves and to impose completely free elections.

Our comrades have been promoting a call to the whole of the left to propose a way out and a political alternative for the workers and the popular sectors to confront all the traditional parties of the broken regime and the interventionist attempts of imperialism.

They need our support and solidarity. For this reason, the ISL Conference that took place on August 8 and 9, with the participation of revolutionary organizations and militants from 28 countries, voted to promote the international solidarity campaign “one dollar for Lebanon”, to raise critically needed funds there and support the struggle of the Lebanese revolutionaries.