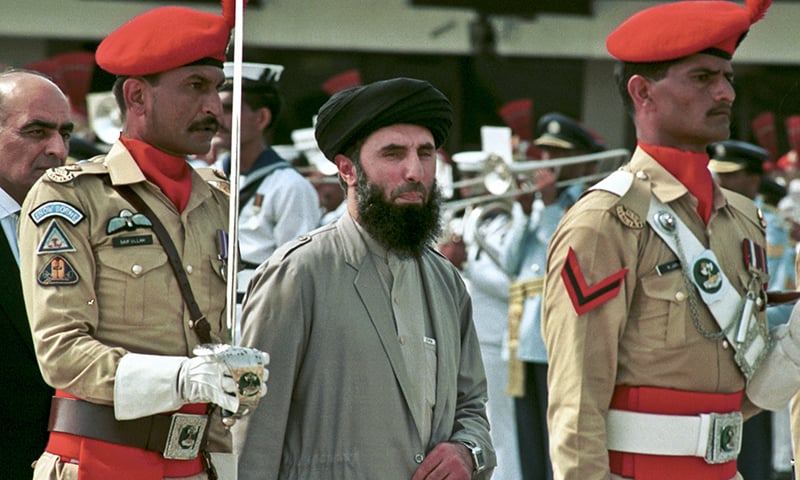 Afghan President Ashraf Ghani’s desperately attempted to start a ‘real process of peace’ in the hope that the Taliban would enter peace negotiations. Despite Obama’s declaration of pulling the US forces from Afghanistan by 2014, there still remain as many as 8,400 US troops stationed in Afghanistan with unlimited powers to launch strikes against opponents resulting in 2016’s causalities the highest in the last three years.

Afghanistan has historically been at the centre of imperialist rivalries and conflicts. The US and NATO coalition has completely failed in its objective of defeating the insurgency and installing a ‘stable state.’ This has opened space for regional imperialist powers like Russia, India, Iran, China and Pakistan to jump in the fray for furthering their interests through proxy wars by sponsoring warring factions of the warlords who feast on these bloody conflicts for loot and plunder.

Lately, some religious and ethnic mafia terrorist outfits in the quest to dominate extortion, drug trade, kidnappings and ransom and other crimes have declared allegiance to Islamic State for adopting the IS brand name. The weak puppet regime with a very limited writ in the country keeps on changing its domestic alliances while the gulf between Ghani and Abdullah is widening. Ghani initially leant towards the Pakistani state but in less than a year he jumped onto the Indian bandwagon. However, the Indians have been traditionally aligned with Abdullah’s northern alliance. This move to engage with Hikmatyar exposes the fragility of Ghani’s regime that is continuously changing sides. Hikmatyar has a very colourful and brutal past and was ISI, Saudi’s and CIA favourite warlord. A recent article Aljazeera wrote, “Over the past 30 years, he has been on the payroll of intelligence agencies of the United States, Pakistan, Saudi Arabia and Iran… In his fight for the presidency during the Afghan civil war, he shelled Kabul with thousands of rockets, killing and injuring tens of thousands of residents… If his track record is any indication, Hikmatyar will bring his ruthlessness and thirst for power with him in this new peace deal.”

Such grave is the political social and the economic situation in Afghanistan that by these petty tactics and intrigues it is a futile attempt to treat a malignant tumour with aspirin. The imperialists have miserably failed, their humiliating defeat of the 2001 occupation doesn’t mean that Taliban have attained victory. Any incoming regime will be weak, unstable and will have a very limited authority and writ. On the basis of ethnicity, nationality and sectarian religious doctrines there can be no long-lasting alliances, loyalty, peace and stability. These can only be criminal gangs and mafias with their warlords manipulating these differences to impose their control over their foot soldiers. Ultimately they are all linked up to an ever-increasing array of interests with the backing of regional states with imperialist designs and ambitions. Paul Kennedy, a Yale scholar, had described the loyalties of Mullahs and ethnic warlords in the words: “You cannot buy them anymore, only hire them now.”

On the surface, the scenario facing Afghanistan is that of a bloody balkanization. But despite raging wars over the centuries the country remained intact against all odds. The great imperial gameplay and the might of the different imperial powers have not been able to conquer and control Afghanistan for any serious length of time. Hence the dictum: “Afghanistan is the graveyard of Empires.” However, increased cross migration and intermingling of the peoples of the region for centuries particularly in the recent period has tied the masses of Afghanistan, Iran and Pakistan both in conflict as well as brotherhood and solidarity.

In spite of the vicious Imperialist cleavages of nations and geographical entities such as the Durand Line of 1893 and the ethnic and religious hatreds fuelled by the native ruling elites in various stages of history have paradoxically ended up in strengthening the cultural and social relationships and bonds of the oppressed peoples of these lands. The same linguistic and religious affinities have further added to the intimacy. For generations, they have suffered together, not only from the invasions and aggression of the foreign and imperialist tyrants but also the deceit and treacheries from the elite leaders of their nationalities, religions, theological sectarian doctrines and tribes. This capitalist exploitation and sufferings has brought in a relationship on a much higher plane — the bondage of class and their labour.

The conflicts and civil wars in the regions have dismantled borders and forced people to migrate in millions and integrate with the host communities deepening their bonds further. Imagine what these bonds and class solidarity will do during revolutionary upheavals and insurrections to partitions of frontiers, races, nationalities, religious animosities and other divisions based on the prejudices of the past. Let us not forget the real motive behind the ‘dollar jihad’ launched by the US imperialists during the 1970s was to defeat the Saur Revolution particularly its impact in the adjoining areas and countries.

This would have been a deathblow to imperialist interests and hegemony in the region. They were terrified by the revolutionary waves throbbing amongst these peoples. Hence the largest CIA covert operation ever was launched before the Soviet invasion in 1978. But today’s generation of the Afghans have only two roads — one leading to barbarity and the other leading to the promise of the Saur Revolution, a society dragged out of backwardness, darkness and brutal drudgery of centuries. Only a revolutionary victory can break the stranglehold of black capital based fundamentalist terror and imperialist aggression that fostered these leviathans. This is the only way forward for the oppressed classes and peoples of the region.