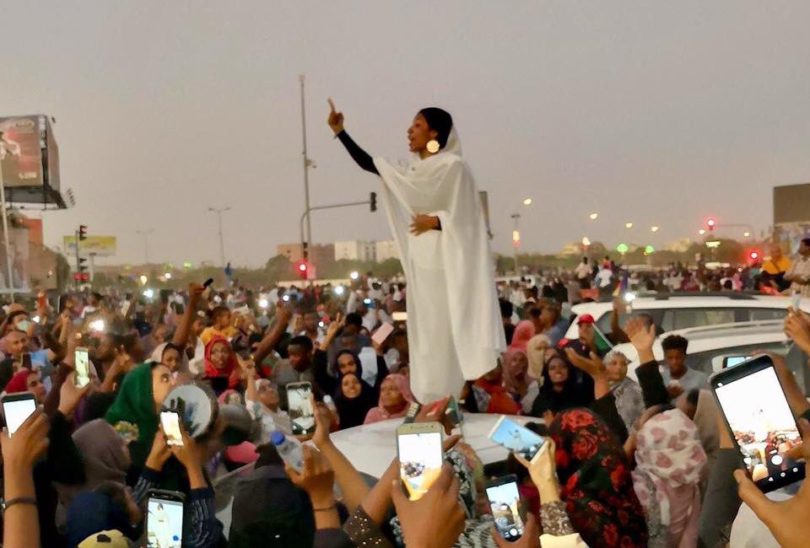 Since the outbreak of the Sudanese and Algerian uprisings in early 2019, there has been much hope that these developments would move beyond the many barriers that destroyed the revolutionary process that began in the Middle East and North Africa in 2011.

In Sudan, continuous mass protests against poverty and repression (which began in December 2018), and the defection of low-ranking soldiers and junior military officers who joined the uprising, forced the leadership of the military to depose the brutal dictator, Omar al-Bashir on April 11. A sit-in of thousands of protesters in front of the military headquarters in the capital city of Khartoum lasted for more than six weeks, grew in size and diversity and demanded an end to military rule. Sudanese revolutionaries have also opposed their military’s involvement in Saudi Arabia’s war on Yemen and the use of Sudanese children as soldiers there.

After a three-day effective general strike in late May, the Sudanese military regime used its paramilitary Rapid Support Force or RSF (previously known as Janjaweed and trained in genocide in Darfur) to assault and crush the sit in, and to kill over one hundred and injure hundreds there and around the country. The RSF attacked hospitals and various centers of protest, raped and killed nurses and other medical staff, and threw bodies of the murdered in the Nile river.

Since the June 3rd massacre, the revolutionaries in Sudan, mostly young working-class women and men, have organized a massive civil disobedience campaign, which has paralyzed the country. They have put up barricades in many streets and have continued to resist. They also continue to be targeted, killed, detained and raped.

Although the Forces for Freedom and Change, an alliance of political parties and trade unions, agreed to an Ethiopian government negotiated plan to create a civilian majority (8 civilian to 7 military) governing body for a political transition to an election, Sudan’s ruling general rejected Ethiopia’s proposal on June 24. Most protesters refuse to trust any deal with a military that has continued to massacre them over the years. The Sudanese Professionals’ Association (part of the Forces for Freedom and Change) has now called for mass demonstrations on Monday June 30 to demand the handover of power from the military to civilians. [1]

In Algeria, nationwide mass protests of millions that began in February forced the stepping down of president Abdelaziz Bouteflika on April 2. These Friday protests which consisted mostly of youth with strong participation by women, were followed by protests by workers in education, health, the justice system, the petrochemical industry and other labor unions. They have not only opposed unemployment, crippling austerity measures and corruption, but have also demanded an end to the entire military regime and the old guard that has been in power since Algeria gained its independence from France in 1962. In the words of many youth participants, “It’s a rejection of the whole system” and a demand for radical democratic change.

Although the Sudanese and Algerian uprisings are currently under assault, this is no time to lose hope. In order to help save these uprisings and move forward, it is necessary to begin by singling out and comprehending their new features:

The New Features of the Sudanese and Algerian Uprisings

The role of women and women’s struggles against patriarchy have been prominent in both uprisings. In Sudan, women have been fighting against police brutality, Shari’a law, the morality police and the dress code. Feminist organizations have been part of the leadership of the revolution. In Algeria, they have been fighting patriarchal practices promoted both by the secular military regime and by the religious fundamentalist opposition. The country’s Family Code discriminates against women and treats them as minors.

Labor struggles of rural, industrial and service sector workers have been an integral part of both uprisings. In Sudan, doctors and teachers have been the backbone of the leadership of the struggle in the form of the Sudanese Professionals’ Association. In Algeria unemployed youth (women and men), members of labor unions and labor activists have been in the forefront of the struggle.

Opposition to anti-Black racism and to the marginalization of parts of the population such as Amazighs in Algeria and Christian animists in Sudan has been strong in both uprisings but especially prominent in the Sudanese uprising. Slogans apologizing for the genocide of Black people in Darfur have been on the lips of many in Sudan. The recognition that “we are all Darfur” has manifested itself in the fact that the Janjaweed militia responsible for the Darfur genocide are being used by the Sudanese regime to crush the nationwide uprising.

The military regime in Sudan is backed by Saudi Arabia, United Arab Emirates, Qatar, Egypt and Turkey. It is also indirectly supported by the Iranian regime. China and Russia have investments in Sudan and have vetoed a proposed mild United Nations resolution by Britain and Germany to condemn the June 3 assault on the Khartoum sit-in. The U.S. and Israel back what is in the interest of Saudi Arabia. The European union has been funding the Rapid Support Force (Janjaweed) of the Sudanese military regime to stop the flow of migrants beyond Sudan.

It can be argued that these regional and global powers are together in wanting to see an end to the Sudanese uprising not only because of their economic interests but also because the Sudanese uprising’s anti-patriarchal and anti-racist dimensions make it the most progressive in the Middle East and North Africa. It challenges the dominant narrative about what the region is supposed to represent: Religious fundamentalism, militarized authoritarianism, patriarchy, racism, ethnic prejudices and sectarianism.

In the face of these new developments, it is incumbent upon all Middle Eastern and North African revolutionary socialists to reach out to fellow Sudanese and Algerian revolutionaries and help create the kinds of regional and international connections that would allow these uprisings to continue and spread.

So far, within the region there have been expressions of support from progressives and revolutionaries in Tunisia, Morocco, Lebanon, Syria (Idlib), Egypt. Algerian and Sudanese revolutionaries have also expressed support for each other.

The fact that both the Sudanese and the Algerian uprisings involve the wide participation of industrial and service workers, rural workers, teachers, nurses and doctors represents the kind of labor solidarity that can be an inspiration to the rest of the region and the world.

There are also important lessons that can be drawn from the history of the Algerian and Sudanese struggles against colonialism. The current Algerian regime symbolizes the tragic fact that part of a generation of revolutionaries involved in the struggle against French colonialism transformed into their opposite and became a new brutal ruling class. Frantz Fanon the Martinican/French thinker and revolutionary summed up his experiences in the Algerian and other African struggles against colonialism in his Wretched of the Earth, and continues to offer us important lessons. He argued that for a revolution to continue, capitalist alienated labor, racism, sexism must be uprooted, a new humanity and a new internationalism must be defined.

Let’s build on all the new elements and openings created by the Sudanese and Algerian uprisings. Let’s create regional and international links on this basis to change the course of events in the Middle East and North Africa from endless wars, authoritarian capitalism, religious fundamentalism and imperialism to an emancipatory direction.