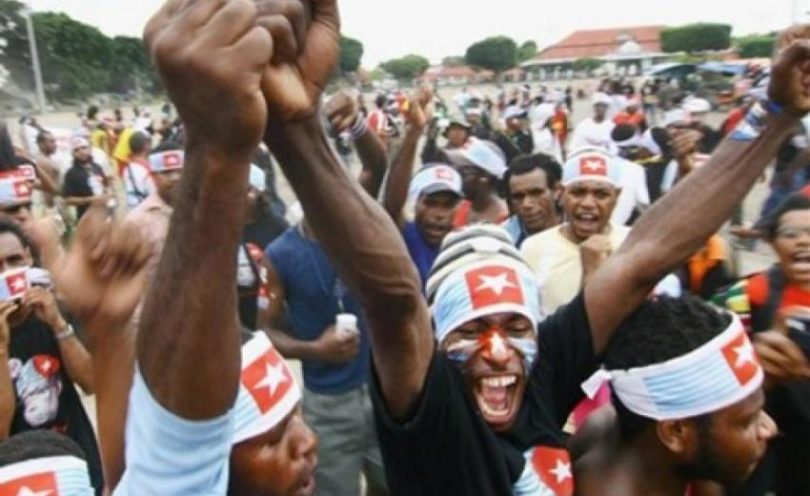 In response to the crackdown on activists and protesters in West Papua, which has followed this attack, regional left organisations have issued the following joint statement.

The attack reportedly took place because the students had allegedly refused to raise the Indonesian flag.

Indonesia invaded West Papua in 1962 and has continued a brutal occupation since. It has conducted military attacks in areas populated by civilians, under the cover of targeting West Papua’s pro-independence forces. It is illegal to raise the West Papuan flag (the Morning Star — a symbol of independence).

West Papuans are regularly subject to racism and according to eye-witness reports, students were tortured and called “monkeys”, “pigs” and “dogs” during the attack on August 17.

Following the attack, protests have continued in West Papua and thousands of people have taken to the streets to protest Indonesia’s systematic racism, and to demand freedom and a referendum on independence.

In the Indonesian cities of Medan and Bandung the students have also received support.

In response to the protests, Indonesia has sent more than 1200 troops into West Papua, including the notorious Detachment 88 and Brimob (mobile police units). Detachment 88, which is trained by Australia, with the United States and Britain was reportedly involved in the attack in Surabaya and has been regularly used in a counter-insurgency role in West Papua. It was reportedly responsible for the killing of West Papuan independence leader, Kelly Kwalik.

Protesters and activists are being repressed by Indonesian forces. The internet has been cut off and journalists are prevented from entering the province, which is preventing information from coming out of West Papua. Surya Anta, spokesperson for the Indonesian People’s Front for West Papua was also arrested on August 31.

This statement on behalf of left organisations in the Asia-Pacific raises the following demands: