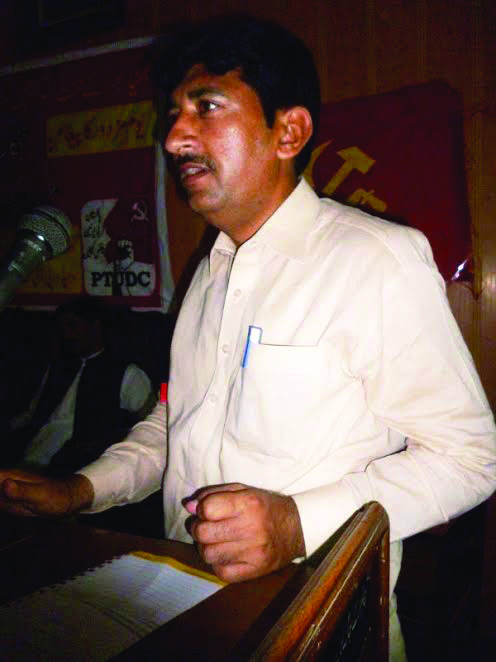 Yesterday night in a cowardly and brutal assault Muhammad Ali Butt got seriously wounded by neck cut. The assault almost cut his throat by knife, yet he was lucky enough to be rescued to the nearest hospital immediately. However, the pathetic condition of health care in the area he was referred to Mayo Hospital Lahore for treatment. The precise information about motive and suspects are still unknown, It will not be an exaggeration if we analyse events that lead to attack. Meanwhile, doctors had reported that he is out of danger but for full recovery it will take time.

Sialkot is known for its sports goods worldwide but the hands that bring value in goods has to live hand to mouth. The pennies paid to them for their job are not enough to run even kitchens. Due to very low penetration of trade unions in Sialkot, largely unorganised labor is subject to raw material for capitalist exploitation. In light of these conditions, Muhammad Ali Butt led the struggle of “Forward Gear workers” that set an example for other workers in the area. During their heroic struggle they are able to 100% permanent employment, bonus, regular increments and many other benefits. However due to their struggle they are being victimised on regular basis by capitalists. Last year illegally union registration was cancelled but workers through their strikes & struggle defeated this insurrection. After failed attempt, capitalists used Chamber of Commerce, Media, Judiciary, Police and even local labor organisation turned against them. But all in vain, the leadership of Forward Gear workers Union refused to bow in front of them. The heroic struggle of Forward workers set an example for other workers who started to move for their rights.

Muhammad Ali Butt has been in the forefront with PTUDC on each campaign & battle. Last year PTUDC successfully held its Labor Convention in Sialkot, in which Ali Butt said, “Forward workers stand with all workers in their struggle for their rights. We oppose privatisation and we will stand with the workers of WAPDA, PIA and Railway in their struggle against privatisation. If workers in government departments want to see the plight of workers in the private sector then they are welcome to visit our factory, where we make footballs up to international standards. He said that in the private sector workers are mostly working for 12 hours daily and are paid on average around Rs. 7000 ($70) per month. This meagre wage is not enough for the survival of a single individual but workers have to feed their families on this amount also. He said that we thank the PTUDC for their support in our struggle against management, Police, the labour department and district government”. Even yesterday PTUDC organised marvellous program on 99th Bolshevik anniversary in which Ali butt addressed. In this program, he announced the affiliation of Forward Gear Workers Union with PTUDC and vowed to build unions in other factories as well.

We know that these kinds of dirty tactics won’t bow us rather it strengthens us to move forward with more revolutionary spirit. It’s not an isolated attack on Ali Butt; in past they had been continuously threatened to avoid the path of struggle. PTUDC strongly oppose this cowardly attack on Ali Butt and demands that strict action should be taken against responsible. The struggle for socialist revolution will continue with more determination and spirit. We appeal to all progressive forces for their solidarity with Muhammad Ali Butt and Forward Workers. 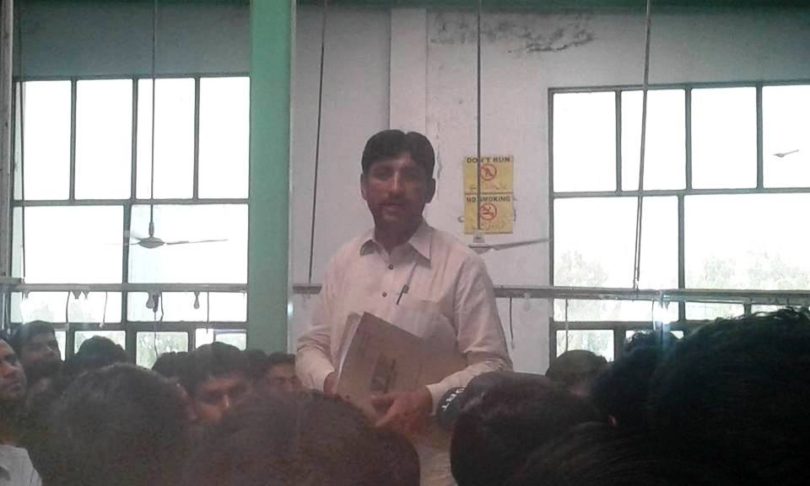 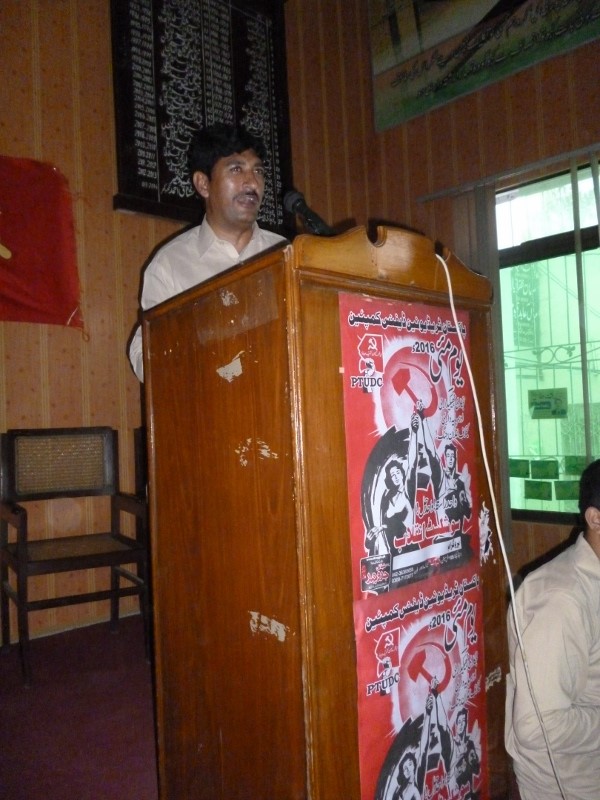 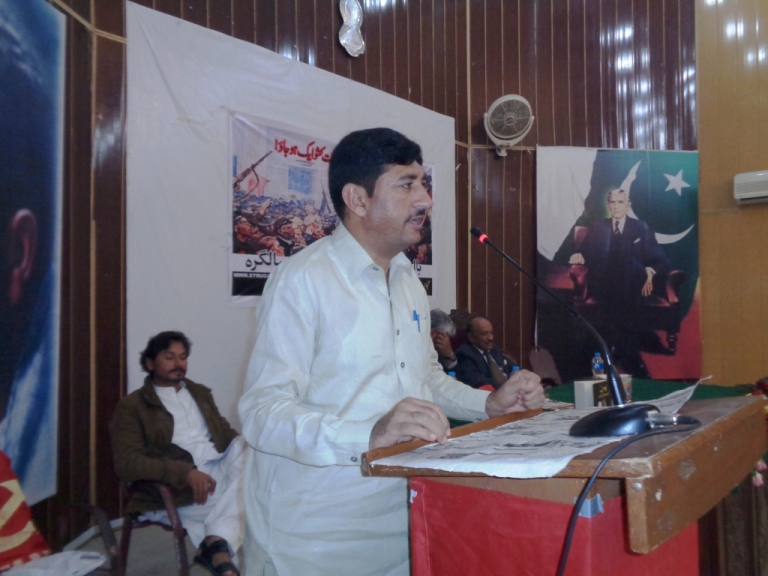