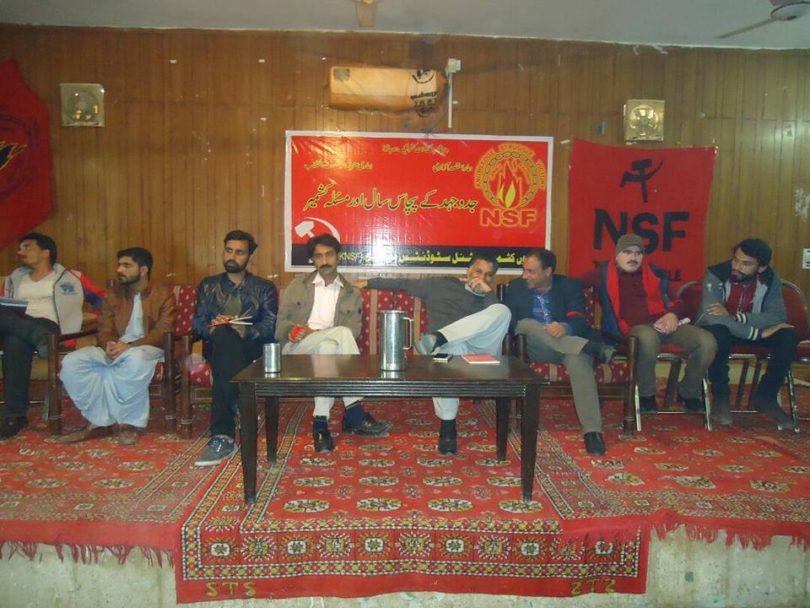 While addressing, Dr. Changez from PTUDC said, “Working class of Pakistan will stand by Kashmir youth against sufferings of Kashmir. Every member of PTUDC will fight along with JKNSF in this struggle.” Sardar Sagheer Advocate appreciated documentation of 50 years JKNSF struggle and vowed to struggle along with JKSNF for Kashmir as well as world revolution. At the end, Basharat Ali, in his speech, said JKSNF document will play an important role in spreading ideas of scientific socialism to raise the political consciousness of the young generation. JKNSF, not only in Kashmir but will continue to fight for the socialist federation of South Asia and global socialist revolution with the class unity of the workers and youth of India and Pakistan.

Earlier, JKNSF and PTUDC organized a rally against Terrorism, Inflation, Unemployment, the ban on students unions, Privatization of national institutes, Kashmir partition and other issues. The rally was led by PTUDC Central Joint Secretary Dr. Changez and JKNSF President Basharat Ali. The rally was attended by a many youth and trade union leaders. 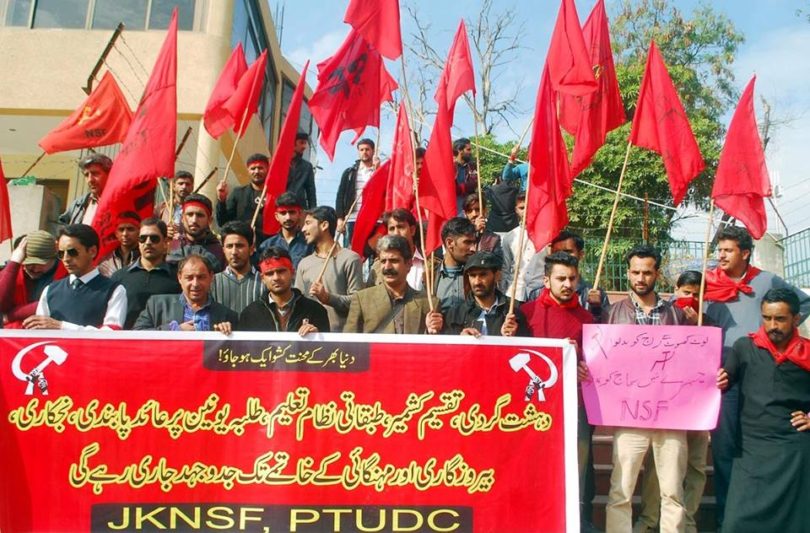 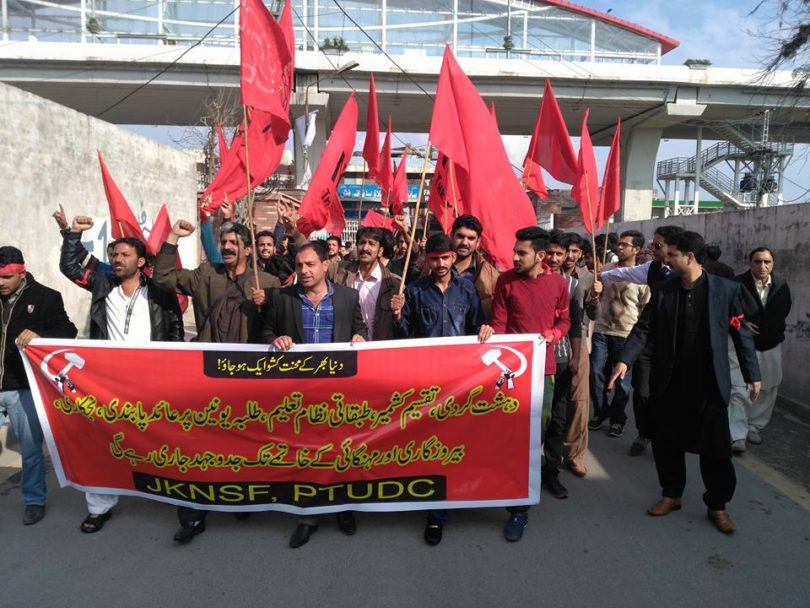 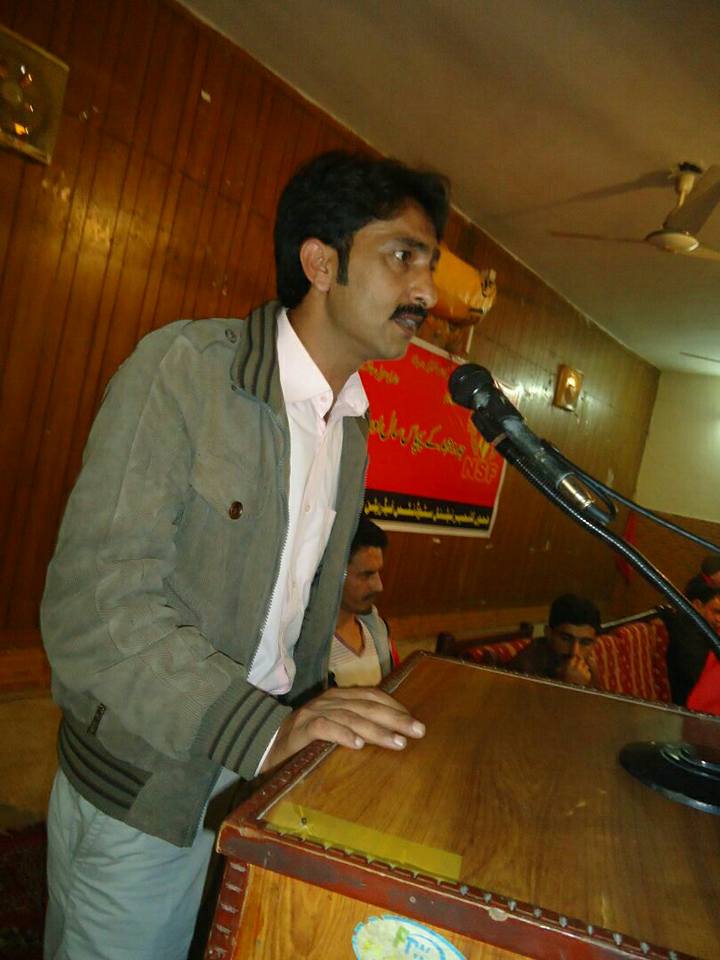 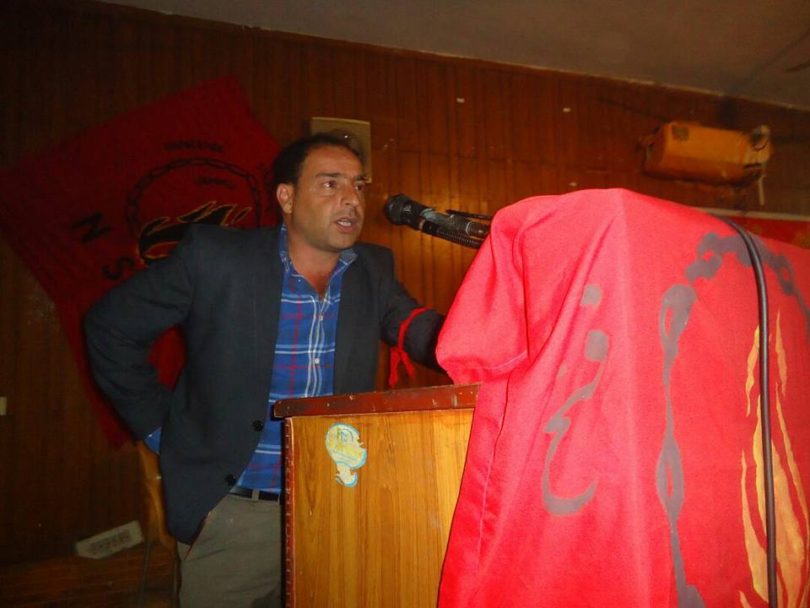 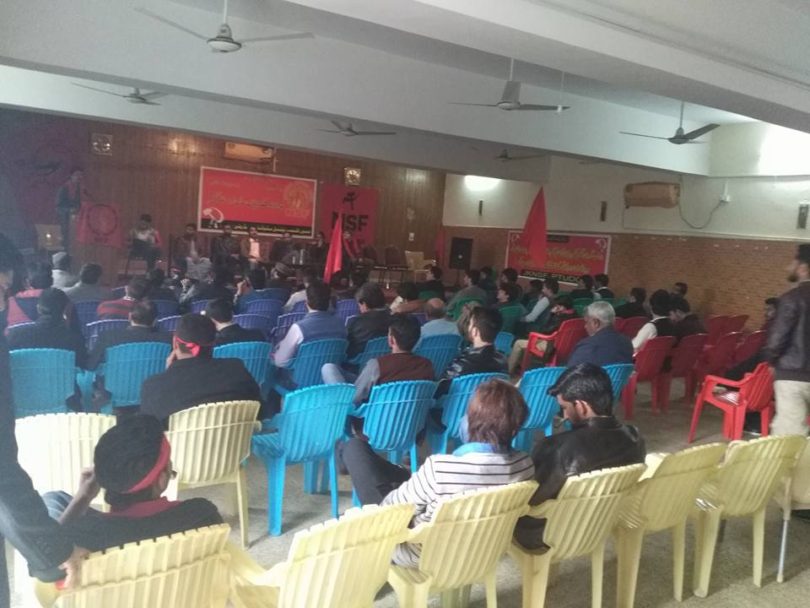 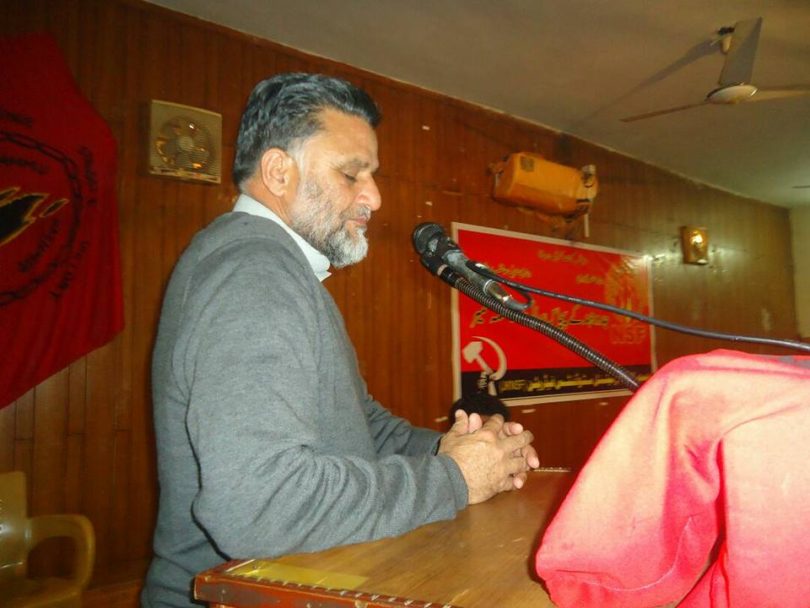 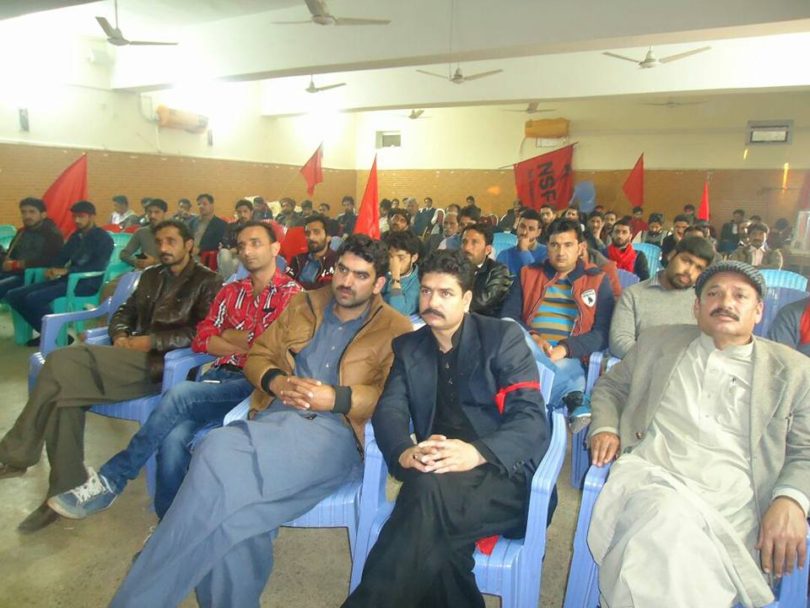