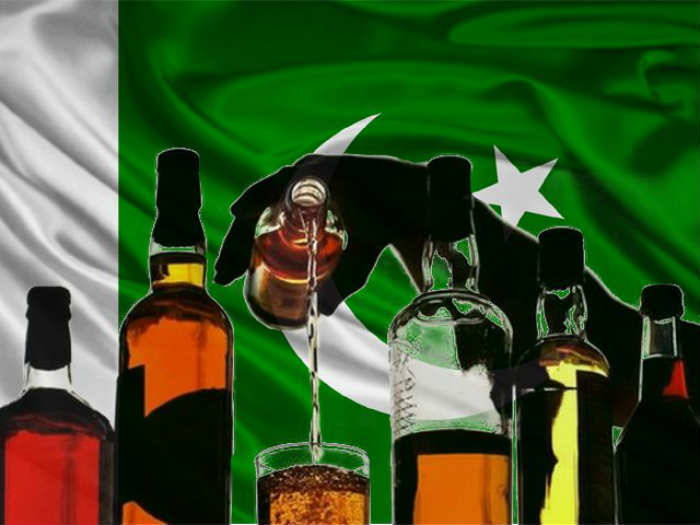 Alcohol-related deaths have become a routine affair in this culturally starved and socially suffocating country. According to police in Toba Tek Singh at least 42 people died and over 70 were taken to a hospital in Faisalabad including 10 in critical condition after consuming toxic liquor on Christmas eve. Some of those undergoing treatment at the hospital could be impaired for life; loss of vision is a usual complication of methyl alcoholic poisoning. Punjab Law Minister Rana Sanaullah’s belated response was ironic if not callous, saying that those who had died should have checked if the liquor was safe before consuming it. The near and dear ones of the deceased had not only to overcome the grief from this tragic loss but were perhaps more worried about the future of their own livelihoods, safety and future.

The prohibition of liquor consumption was imposed during the dying days of the Z.A. Bhutto’s government. Bhutto had publically acclaimed his drinking while speaking to a mammoth mass meeting in Lahore just a few years earlier while he was the prime minister of Pakistan. He was cheered and applauded. However Bhutto’s purge of the radical left within the PPP and failure of reforms to deliver within the confines of capitalism, with the loss of hope that was generated by PPP’s original socialist promise, Bhutto’s populist support ebbed into a political oblivion. The PPP regime went into crisis.

The reaction in form of the PNA movement led by the Islamists parties was launched and sponsored by the CIA along with Pakistan’s crooked bourgeois that had been bruised by nationalisations in the first two years of PPP’s rule. Instead of going on the offensive against reaction Bhutto tried ‘reconciliation’ with the ruling classes and Islamic clergy. When Bhutto capitulated on alcohol prohibition and issues of personal beliefs, it accelerated his demise as the mullahs became more virulent. In this vulnerable moment US secretary of state Henry Kissinger, who had warned Bhutto of making a horrible example of him, stabbed in his back. Bhutto was deposed and later hanged through the gallows by Pakistan’s first Islamic despot general Zia ul Haq.

This bigoted tyrant unleashed a havoc of brutality under the guise of Islam to perpetuate his vicious rule. Infringement in personal lives and ethics along with sectarian hatreds were instigated to divide and atomise the working classes. On the economic, social, cultural fronts the military regime savagely attacked the toiling masses and the youth. The vested interests of the capitalists and imperialist monopolies were propped up in the name of Islam. Alcohol prohibition was reinforced with barbaric punishments of floggings, imprisonment and social disgrace. The state and the Islamist vigilante gangs unleashed terror upon those who dared to take a sip of the forbidden brew. The democratic regimes that followed Zia’s dictatorship cravenly continued the practise even when the political and state’s elites were hardly having any dry evenings.

The coerced morality upon society, pronounce drinking as sinful and profane and edict it to be violently crushed. This dictatorial mentality leans on religious, nationalist, ethnic and sectarian biases haunting in periods of social inertia. But the ultimate motive of these acts of absolutism are to preserve the perks and profits of the ruling classes by individualising social and economic issues to undermine the wider structural causes of the socioeconomic decay.

Banning the consumption of alcohol for the purposes of whipping reaction and thrusting manufactured ethics determined by religious reactionaries against the will of the individual is bound to boomerang. It’s only the smugglers and the criminal gangs that benefit most from such prohibitions. Paradoxically instead of lowering alcohol consumption raises it sharply. The examples of such prohibitions in Scandinavia, Latin America, some of the US states and certain states India are but a few examples of this phenomenon. In Pakistan, the per capita consumption of alcohol is six times more than that in India.

The ladies and gentlemen of the propertied and moneyed classes enjoy the best brands of Scotch whiskies, quality French wines and cognacs, Russian vodkas, English gins and Mexican tequilas in culturally obnoxious architectural palatial residences and clubs. But the oppressed and exploited, alienated and deprived, have to risk their lives for a sip of this heavenly brew. The poor often resort to homebrews that can contain methanol, commonly used in anti-freeze and fuel. These liquors brewed clandestinely under a regime of prohibition are prone to be adulterated and methylated. The profits of these ‘brewers’ are relatively minuscule with the police and state personnel grabbing their shares. Paradoxically these very law implementations personnel guard the bungalows of the obscenely rich indulging in alcoholic carousals.

These poor souls from oppressed classes are driven to risk their lives for this perilous booze for various reasons, ranging from psychological and socioeconomic deprivation to a flight into oblivion from the pains of their daily lives. Prohibition and dearth further boosts alcohol intake. Defiance of this prohibition lays bare the ideological and argumentative defeat of the devout masters of morality that reeks of hypocrisy. The hypocrisy of elite stands exposed by the contradiction of their flamboyant lifestyles and preaching piousness that they don’t really believe in themselves. The question is how long these double standards and extortionist probation is going to last? Ultimately even this discrimination is class based. However pious it might portray itself by adapting religiously premeditated physical and apparel features, the masses are beginning to see through the elite’s veracities. Such ruling classes that use faked ethical methodologies to perpetuate their rulership are doomed to annihilation by history.