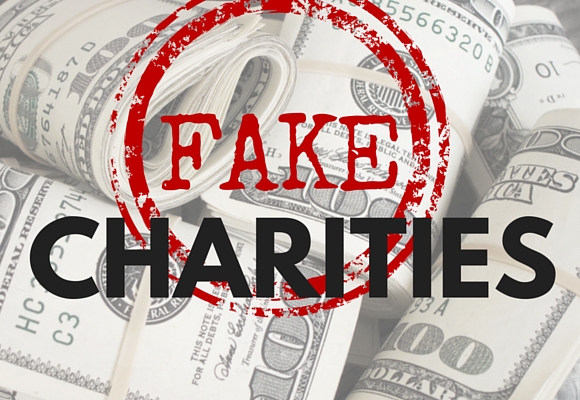 In the last few decades’ philanthropy has been intensively glorified in Pakistan. It reflects the despair and agonizing want in society. Pinning the hopes of the deprived on the generosity of the obscenely wealthy philanthropists exposes the failure of politics and the state. These mainly upstart moneyed individuals have gained enormous social and political mileage in society. As inequality worsens and deprivation intensifies philanthropy’s eminence heightens. It is not a national or a regional phenomenon but transcends frontiers and continents. It’s a crucial instrument to impose capitalist grasp and usurpation of society’s surplus.

Philanthropy is practised in the name of national patriotism, religious piety and other pretentions to gain the goodwill and esteem in society for the rich and powerful. Above all the basic aim is to give a humane façade to the plunderers that are filthily rich philanthropist tycoons. Multiple tasked charities, trusts and foundations are set up for propagation of the generosity and social stature of these billionaire bosses. However, at different levels of the political, economic, social, infrastructural and cultural development the forms and method of these charities vary. In countries such as India and Pakistan, the religious medium is predominant. Among imperialist corporate companies, it is part of their organisational structures.

Corporate capitalists have transformed philanthropy into an exquisite art. In India, multilateral conglomerates have embraced the film, art projects, and literary festivals surpassing from the beauty contests of the 1980’s and 90’s. Vedanta, bauxite mining corporate is sponsoring “Creating Happiness” film-making competition for young film students. They are then commissioned to make films on “sustainable development”. The Jindal Group publishes an art magazine. Tata Steel is one of the chief sponsors of the Jaipur Literary Festival; advertised by the connoisseurs as “The Greatest Literary Show on Earth.” Many of the world’s best and brightest writers gather in Jaipur to discuss love, literature, politics, and Sufi poetry while these corporate bosses pour money to pose as benevolent hosts. Corporate philanthropy is replacing missionary activity of Catholicism and other religious philanthropic outfits in subcontinents past to pacify the oppressed and subdue them to the contemporary rulership. Now, these devices are being used for maintenance of social control.

At the turn of last century, John D. Rockefeller was America’s first billionaire and the world’s richest man. He really believed God gave his money to him. Rockefeller was the owner of Standard Oil and pioneer of corporate philanthropy. These charity foundations were a leap for the business expansion strategies. These were non-tax-paying registered bodies with massive resources and were unaccountable and non-transparent. These charities were used to direct economic wealth into political, social, and cultural capital— to turn money into power.

Bill and Melinda Gates are the world’s most renowned philanthropists. However, Bill has been officially unemployed for many years yet he has once again become the richest man on the planet without doing anything. His wealth has multiplied many times into more billions without him doing anything. His clout established through his philanthropic fame in education, health, and agriculture policies, not just for the US and other governments all over the world. However, his strategies are based not for human emancipation and but to produce skilled labour for corporate profits. And yet he is so revered by our ruling elites, media intelligentsia and the civil society.

Bill Gates, Warren Buffet, George Soros, Mark Zuckerberg and other richest billionaires infact help to administer the Global Corporate Governance in the ways native elites served colonialism. Philanthropy is the third sphere of influence, after foreign and domestic economic policy for imperialist corporations. Corporate foundations offer student scholarships in developing countries in community studies, cultural studies, behavioural sciences, and human rights in US universities. Today in countries like India and Pakistan there is hardly an upper-middle-class family that does not have an offspring studying in the United States. They become top politicians, finance ministers, economists, corporate lawyers, bankers, and bureaucrats who then open up economies of their countries to global corporations.

In Pakistan philanthropic exercise is much more diversified. Starting with the regime’s disgraceful BISP there are innumerable charities. Corporate conglomerates sponsor events from cricket and sports to music, arts and film as profit expansion strategies. In the domain of religion, innumerable sects operate charity to welfare projects. These are now being accused of sponsoring terror and breeding these jihadists by US imperialists. Paradoxically it was the CIA that had thrust the dollar jihad to topple the left wing government after the Saur revolution of April 1978 in Afghanistan. These Islamic charities run the madrassas and other institutions with massive funding from the informal economy. Those investing heavily have their own ways of extorting profits. The liberal charities have their own business interests. The largest philanthropists in Pakistan are the upstart brokers of the parallel economy converting it into formal economy mainly through the real estate businesses.

However, the BISP and the concept of charity are an insult upon injury for the oppressed masses forced into hunger, destitution and misery by this cruel system of profits. This creates a compliant psychology through this degradation and indignity of the toiling classes forced into beggary. The basic intent of these philanthropic bosses is to force the working classes into subservience. Through this charity work, they try to instil the deceptive notion of gratitude for these usurpers in primitive mass psychology. This pretence of being kind-hearted and pious is the façade that prevails behind this plotting of intensifying class oppression. It adds to the decay in the socioeconomic base that has brought a regression in the culture, morality and behaviour.

At the same time the state, in a terrible economic crisis, has failed to provide health education and other basic social needs. This dearth has forced more and more people to ultimately rely on charity. However, no society in history has and none can ever provide the needs of the population as a whole through charity. Only tiny minorities can benefit from these charity businesses. This is a glaring manifestation of the utter failure of Pakistan’s rotten capitalist system to develop society and bring prosperity to the vast majority of its inhabitants.