This time COVID-19 has taken one of the most upstanding and dedicated comrade I have known in my lifetime. On Friday, 4 September, the comrade and fighter for socialism Roque Ferreira left us. Roque was a father, brother, comrade, and confidante. His militancy began while he was young and had finished SENAI (schools specializing in industry training), then he worked in metalworking plants and later joined the old Federal Railroad Network. And there he made history and that’s where I got to know him during the battle to remove the leadership of the northwest Sindicato dos Ferroviários (rail workers’ union) in Bauru. I was a young rail worker who had just left SENAI and was working at the São Paulo workshop in the neighbourhood of Luz. 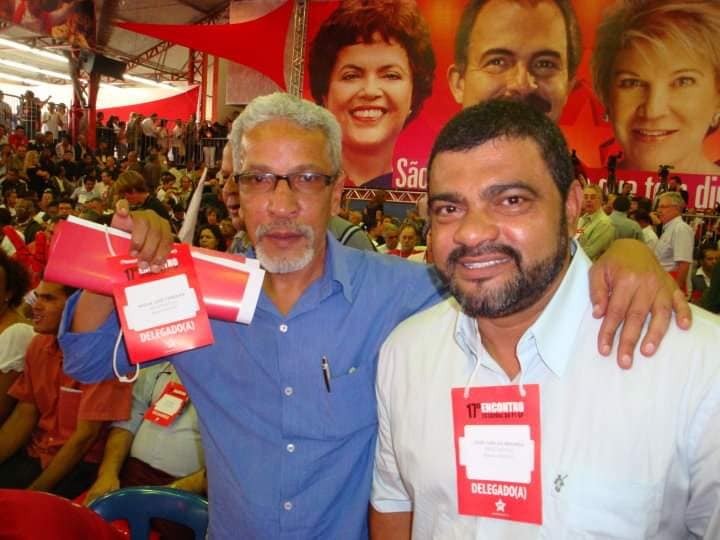 He was a militant in the Revolutionary Communist Party (PRC), a current within the Workers’ Party (PT). Roque was a founder of the PT, the CUT union federation, stood as a candidate in all elections, always played a role, and was twice elected councillor in the city of Bauru (Ferreira was elected as a local councillor for the PT in 2008 and 2012 and served two four-year terms). We both left the PT together and were building the PSOL.

He was a pre-candidate for mayor in these upcoming elections when he fell victim to this terrible disease. Roque was an obstinate, disciplined, generous and firm comrade. And he believed in the new generations. From union leader to samba school president, supporting MST (rural land) occupations, factory occupations, leading strikes, fighting against racism. Roque was a founder of the Movimento Negro Unificado (MNU – United Black Movement).

We stuck together during all our activities in São Paulo. He will be so deeply missed, he was so irreplaceable. In this moment of tears and an aching heart. I can only send my deepest feelings of solidarity, fraternity and sympathy to his partner Tatiana, and to their children Dandara, Michele, Tales, and Vinícius. And to all family members, friends and comrades.

Roque Ferreira and José Carlos Miranda worked alongside one another in various Trotskyist organizations for decades. Both Ferreira and Miranda joined the O Trabalho (Labour) tendency of the PT in the 1980s, and both split from this organization to form Esquerda Marxista (Marxist Left) in 2006-07. While Ferreira remained with Esquerda Marxista and was a Central Committee member at the time of his death, Miranda and a few dozen others broke with Esquerda Marxista in 2017 to form the short-lived Movimento Luta Pelo Socialismo (M-LPS – Fighting for Socialism Movement).
[See: “Nasce o Movimento Luta Pelo Socialismo!” [https://movimentolutapelosocialismo.blogspot.com/2017/05/nasce-o-movimento-luta-pelo-socialismo.html] (The Fighting for Socialism Movement is born!), M-LPS website, 13 May 2017].

Just over one year later, the M-LPS voted to join Resistência, which itself had formed only one month earlier in April 2018.
[See “Conferência do M-LPS aprova unificação com a Resistência” [https://esquerdaonline.com.br/2018/05/29/conferencia-do-m-lps-aprova-unificacao-com-a-resistencia/] (M-LPS conference approves unification with Resistência), Esquerda Online (EOL), 29 May 2018].