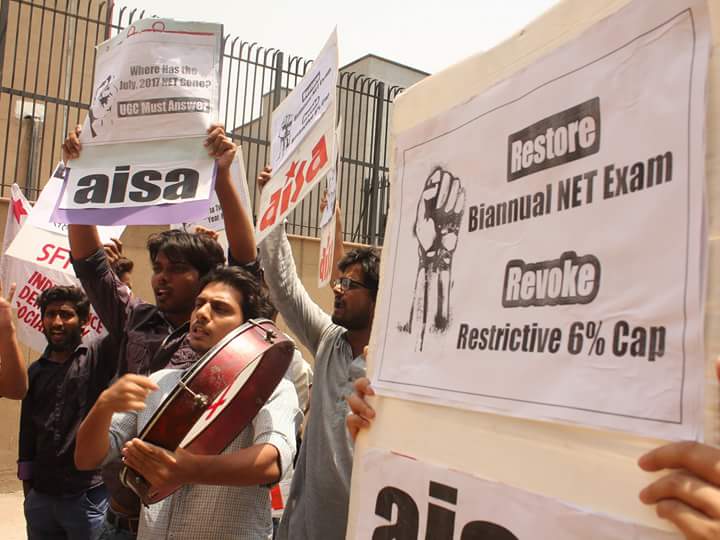 By All India Students Association (AISA) 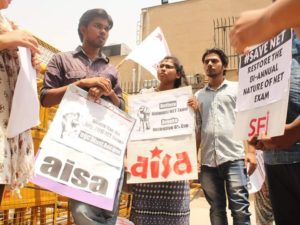 On Thursday, June 15, 2017 students from different universities in the city staged a protest outside the University Grants Commission (UGC) office, Delhi against the scrapping of the National Eligibility Test (NET) in July. This year, the exam will only be held in November. The protest, led by Left-Wing All India Students’ Association (AISA) and Students Federation of India (SFI), demanded that like previous years, the exam — a qualifying test for candidates to get into the teaching profession — should be held twice a year.

“It was through the notification published by the Central Board of Secondary Education on June 6 that we got to know that the upcoming NET exam will be held on November 19. It means the exam, which used to be held in July as well, is effectively skipped,” said Sucheta De, national president, AISA.

The students also raised concerns over the reduction of the cap to qualify for NET at 6 per cent from the 15 per cent earlier. They have also started a “Save NET exam” online petition. An AISA leader told that”Modi Government have planned to deny higher education research and employment opportunities, First they tried to withdraw Non-NET fellowship! Then they restricted M-Phil./Ph.D admissions, They cap on students Supervisors Ratio! Now they want to cut Down NET-JRF too!”.

Along with several organizations in Delhi, students from Haryana also joined the Protest. All India Students Association submitted a memorandum at UGC. The spate of anti-students decisions and notifications by UGC will have to be withdrawn. Students across the country are joining hands with AISA. 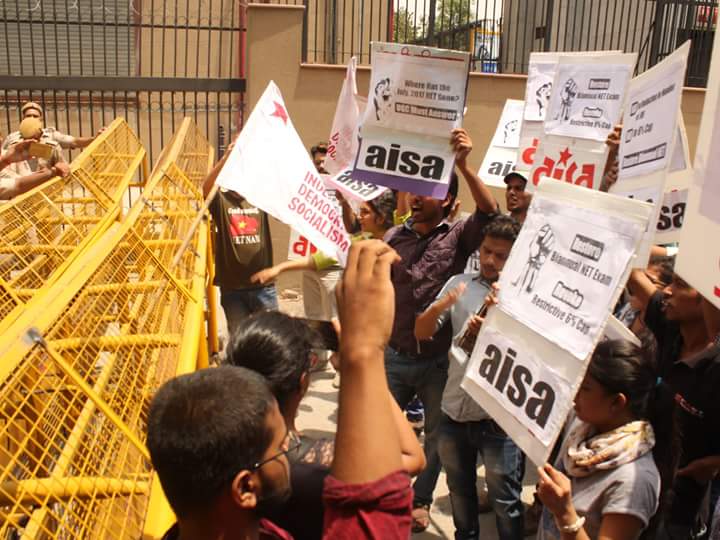 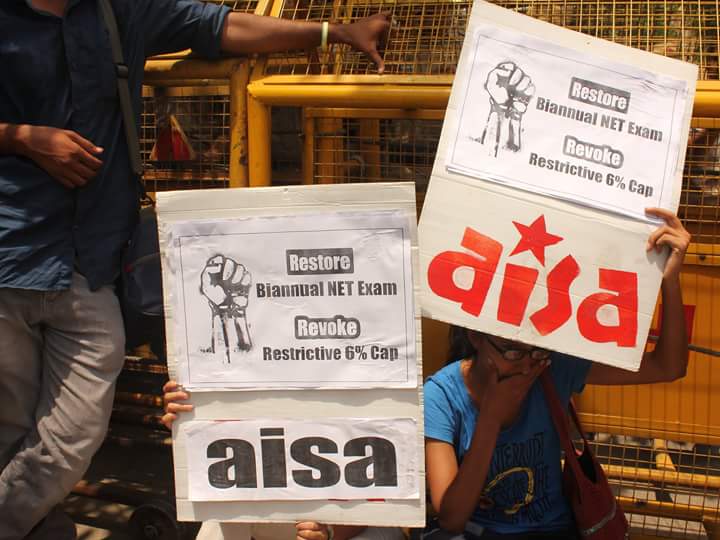 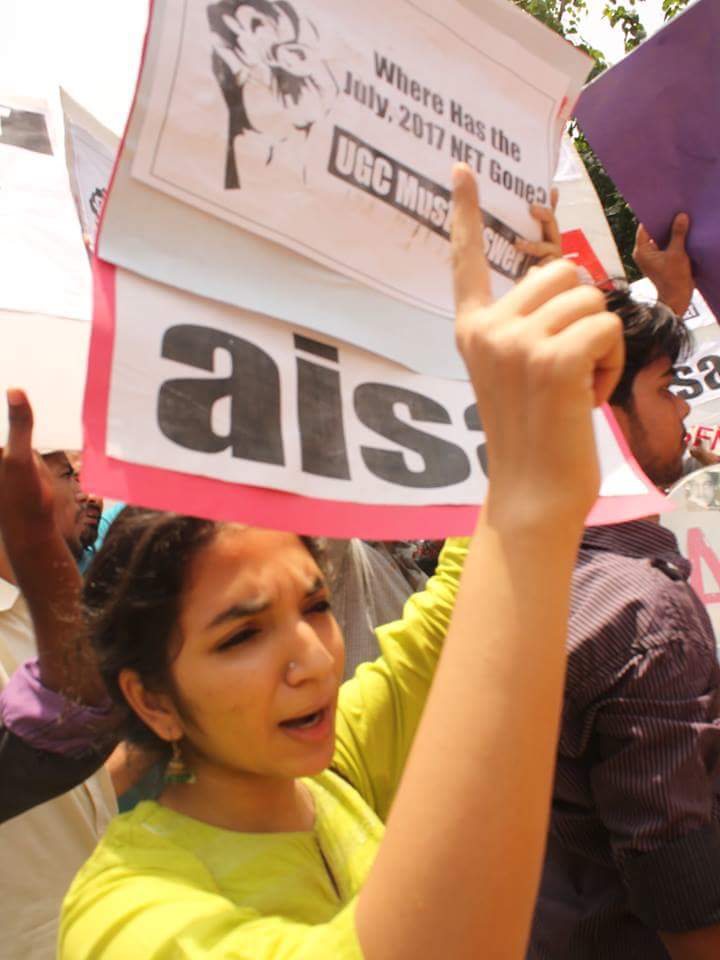 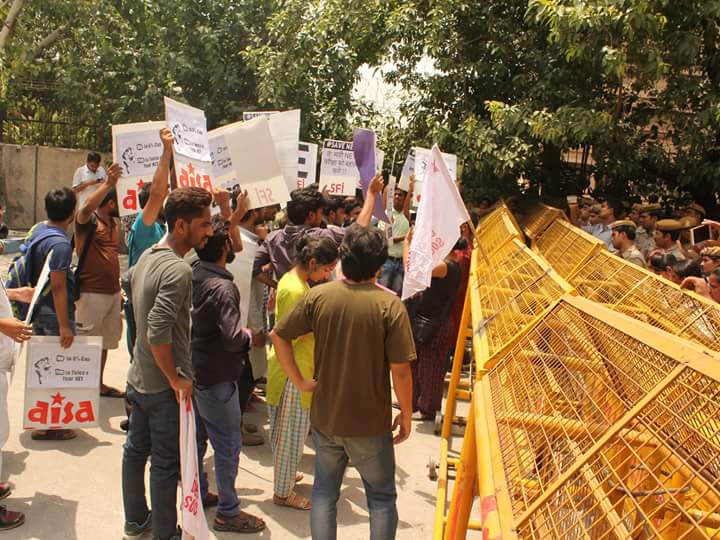 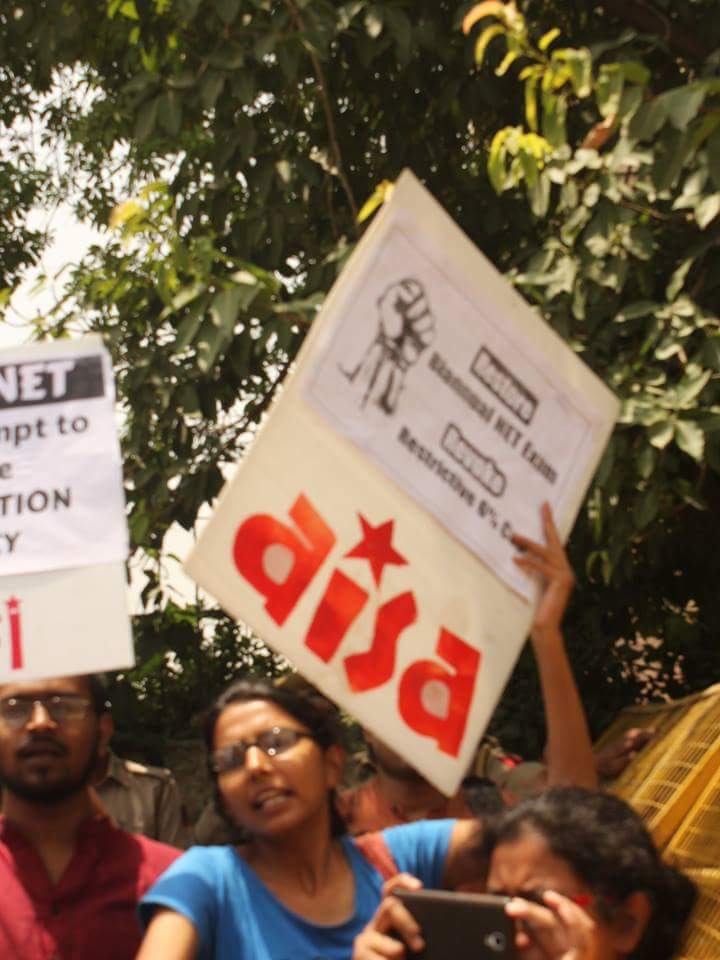 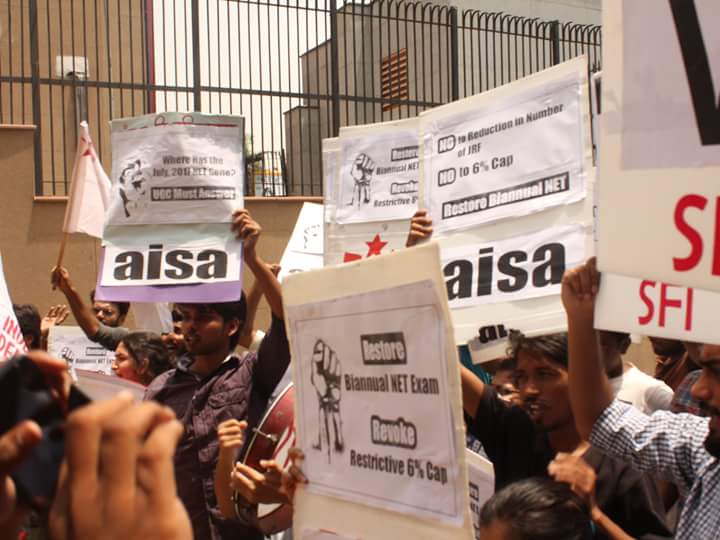 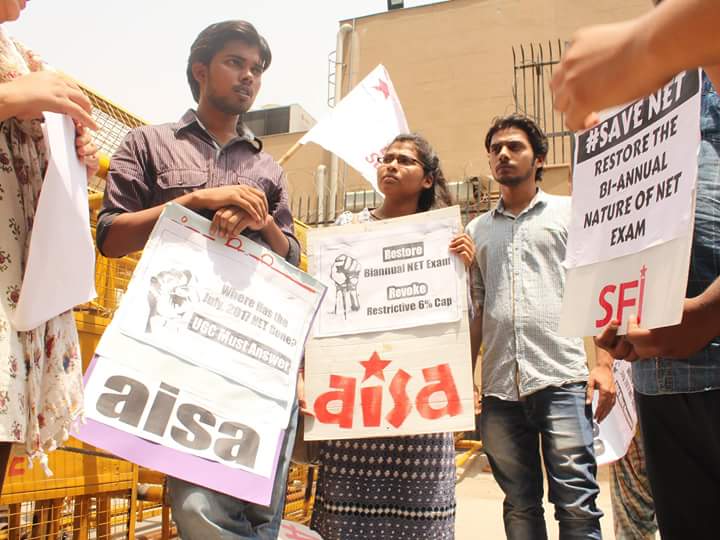 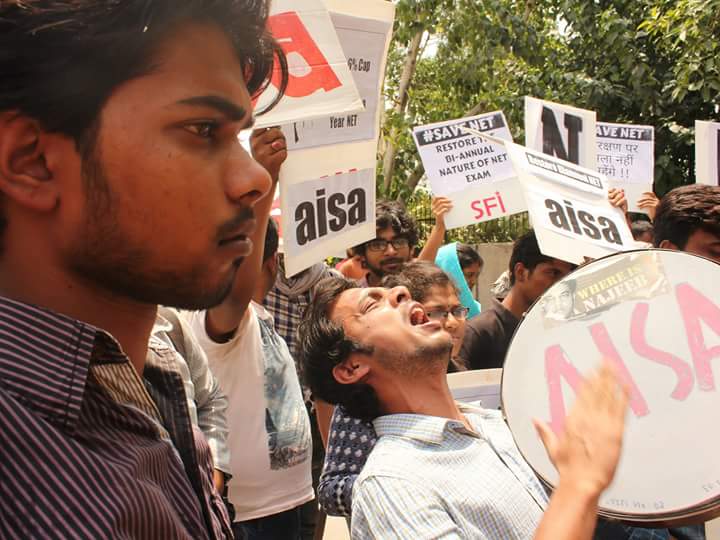 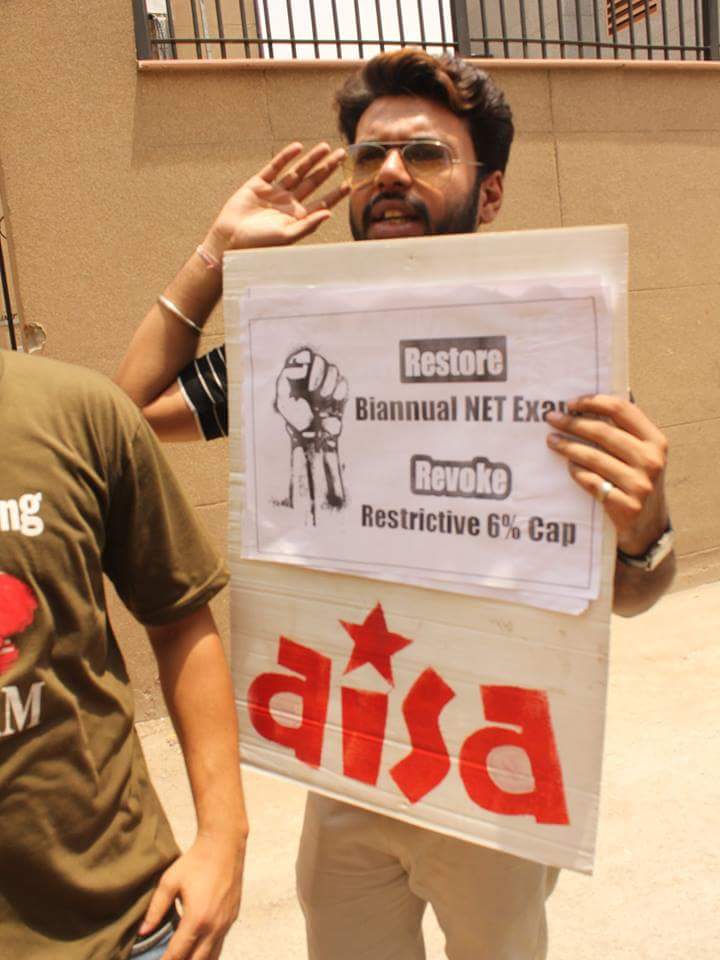 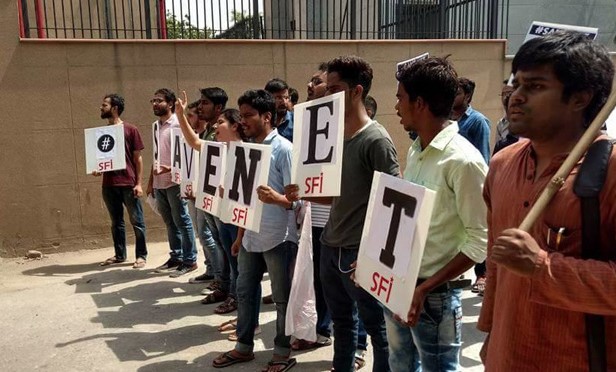 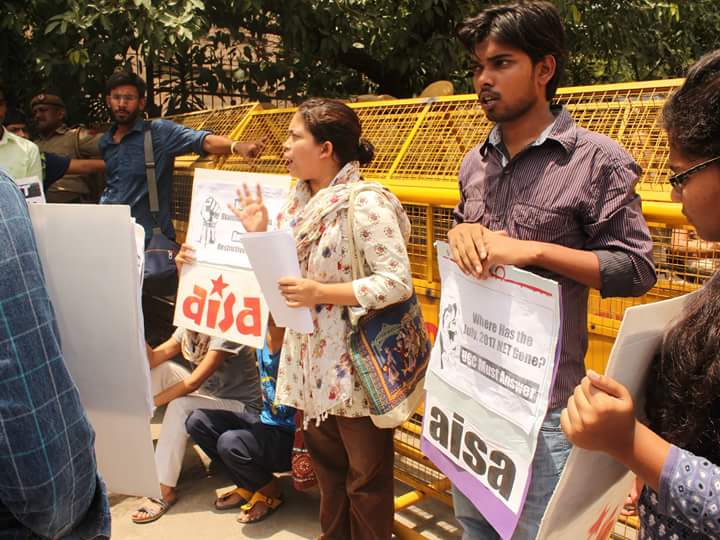 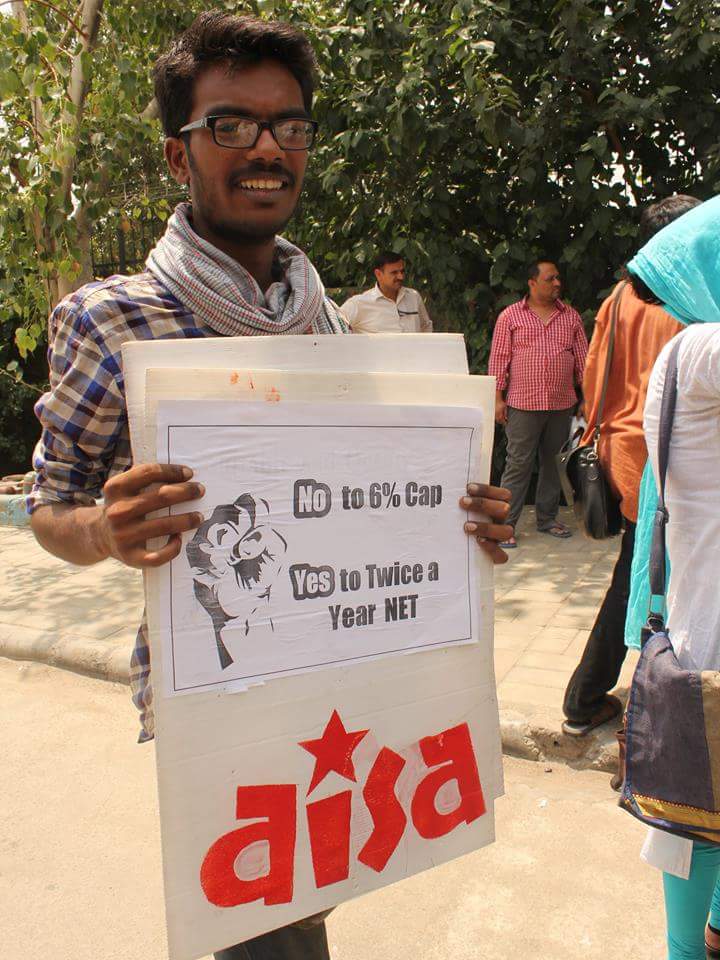 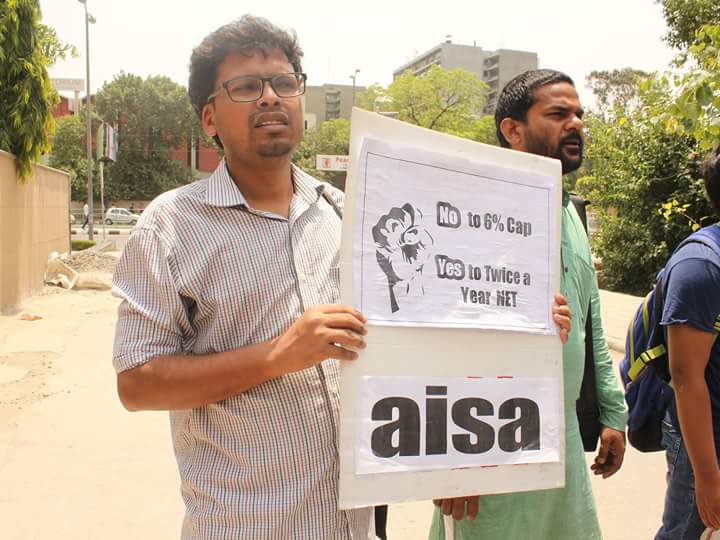 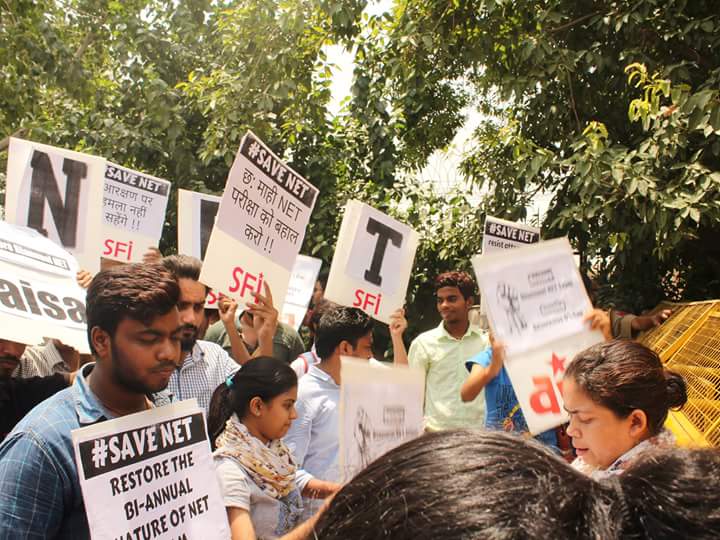