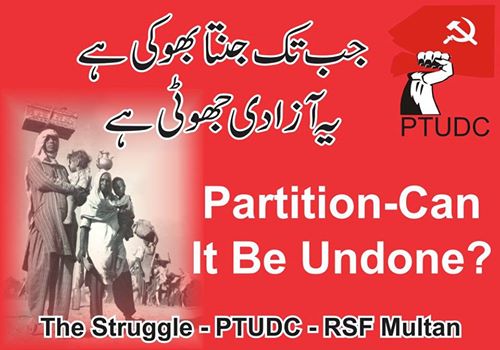 On August 14, 2017 The Struggle, Pakistan Trade Union Defence Campaign (PTUDC ) and Revolutionary Students Front (RSF) Multan arranged a thoughtful discussion on the topic of “Partition: Can it Be Undone?” at Multan Law College. The session was presided by Zeshan Butt and  Comrade Ishaq from Sui Gas was the special guest of the event. Nadeem Pasha performed the duties of stage secretary. Hectic and fatal partition of August 1947 along with massacre and mass migration was theme topic of debate. Zeshan Shehzad made an opening speech and led the audiences towards an unbiased history of the subcontinent. After that Fahad Shah, Advocate Altaf Qureshi, Aslam Ansari, Comrade Ishaq and Nadir Gopang took part in the discussion. British Raj sabotaged revolutionary movements of sub-continent and spilled the with the cruel clinches of the bourgeoisie and pseudo scholars of theocracy. More than 2.7 million people were slaughtered. Millions of women were brutally raped and smuggling became a business. 20 million people became homeless as a result of mass migration towards the unknown destination. British Raj endorsed the Roman doctrine of “Divide and Rule” and Hindu Muslim rivalry erupted among hundreds of ethnicities living peacefully in united India. It all was done through imperialistic orders of ruling class in response to “Royal Indian Navy Movement”. Partition resulted in chaos and misery of people on large scale in so called democratic capitalist India and proxy war theatre of army dictated Pakistan.

After partition, another partition happened in December 1971. Working class is suffering from poverty, unemployment, religious fundamentalism and poor health conditions in all three carved states of India, Pakistan and Bangladesh. In 1968-69, working class revolution occurred and laborers took control of factories and institutions for 139 days. The Bhutto’s regime nationalized the industries and educational institutes were built. Agricultural reforms were conducted due to the pressure of worker’s movement. After that, Zia ul Haq’s military coup imposed martial law, abrogated the constitution and privatized the institutions for the benefits of the bourgeoisie. During Zia regime, religious sections were uploaded with aromatization against each other which is a major cause of terrorism in this region.

Speakers described the importance of building a revolutionary party in this era of visible combined and uneven development. Every corner of the country is painted with nonissue slogans and speakers and drummers are making nonsense while celebrating independence. Blame game, conspiracy, horse trading are key factors of political tactics of extortion and even ransom and murder. In India situation is more than worse as the death of dozens of children lacking oxygen in an Indian hospital while on the other hand ministry of cow protection is an irony of humanity. A large-scale suicide incidents of farmers in agrarian society of India is a red blot on the face of “world’s largest democracy”. 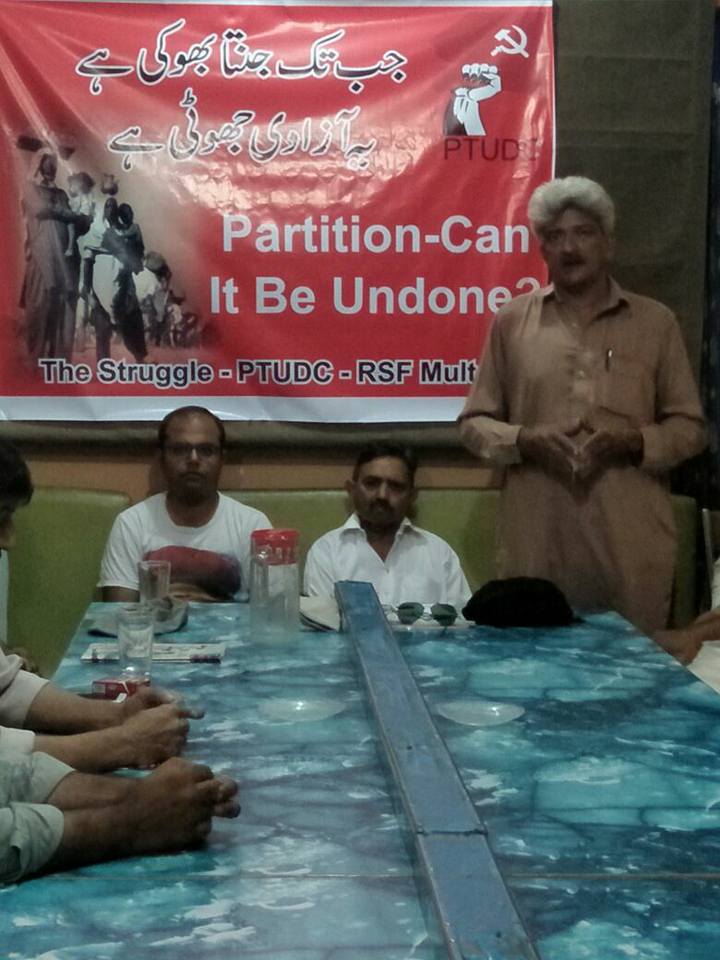 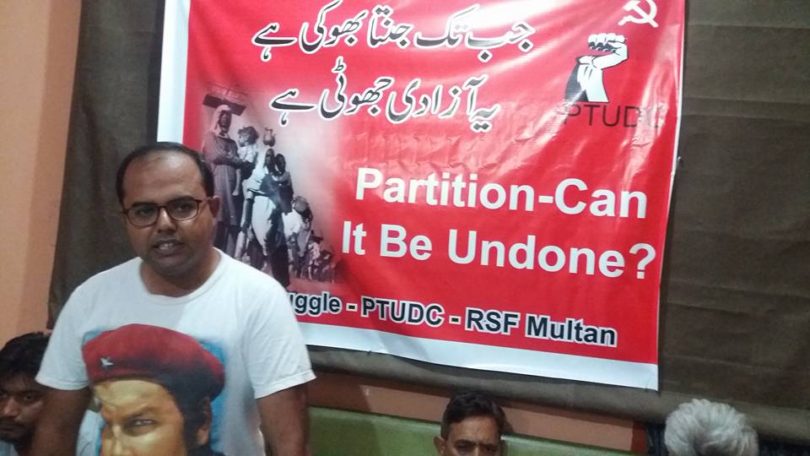 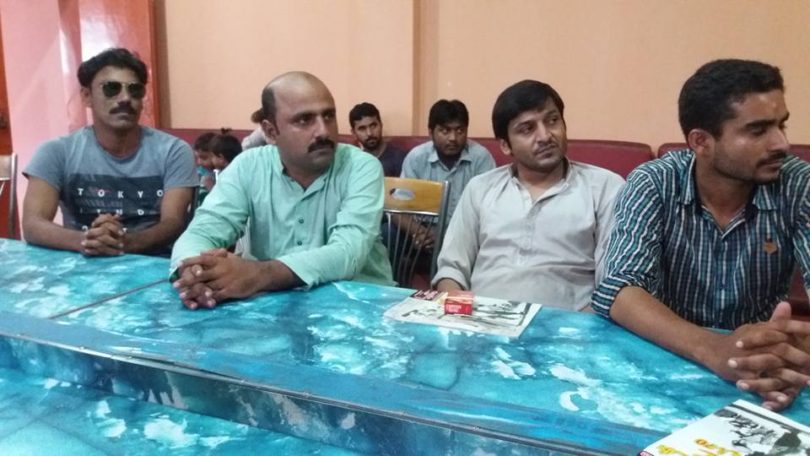 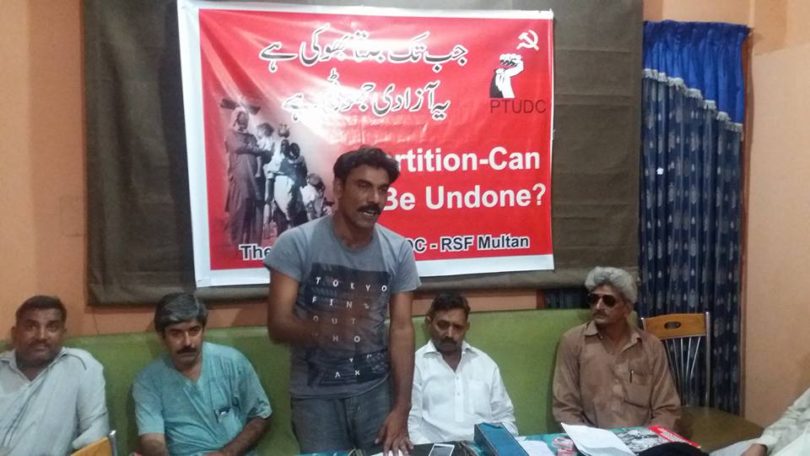 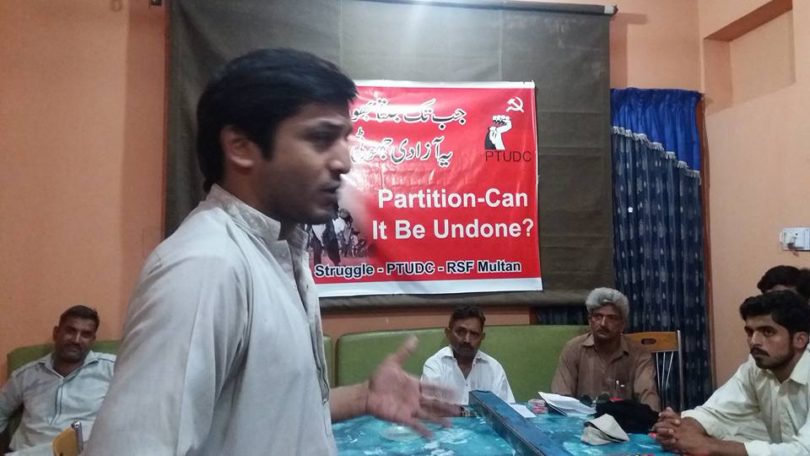 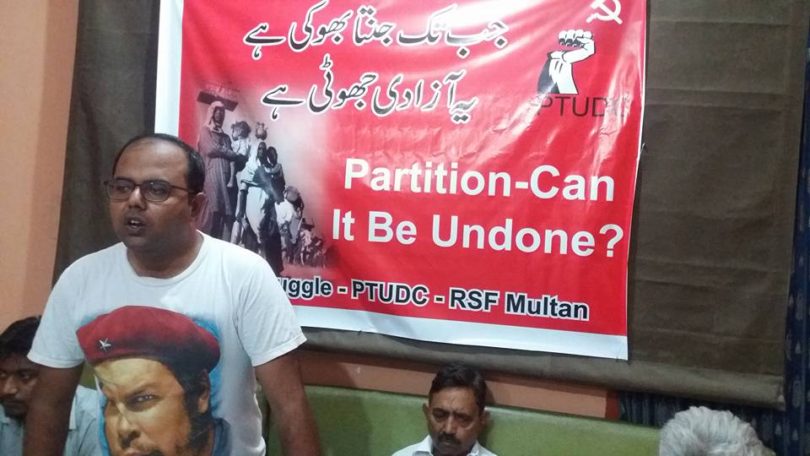 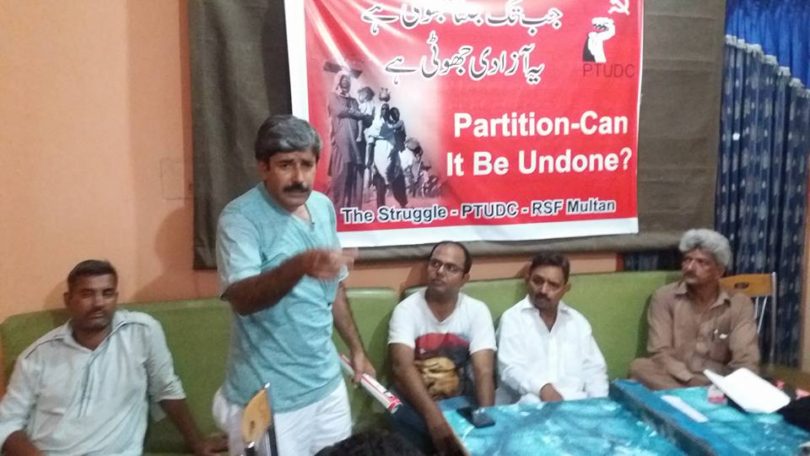 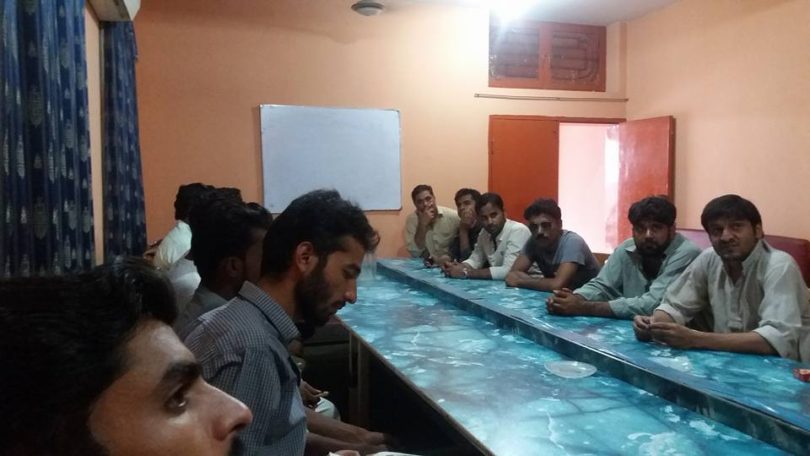 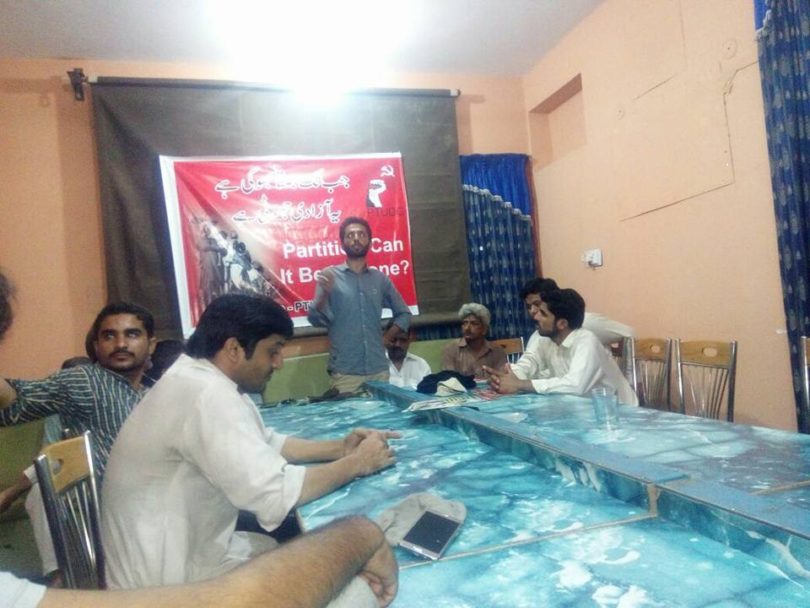 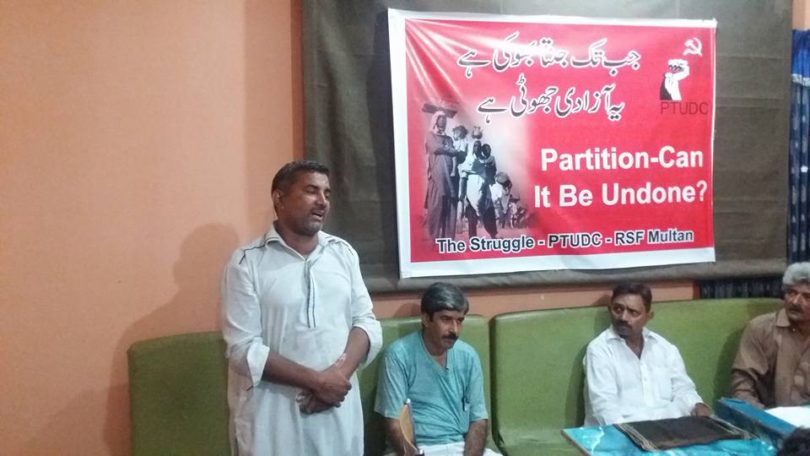