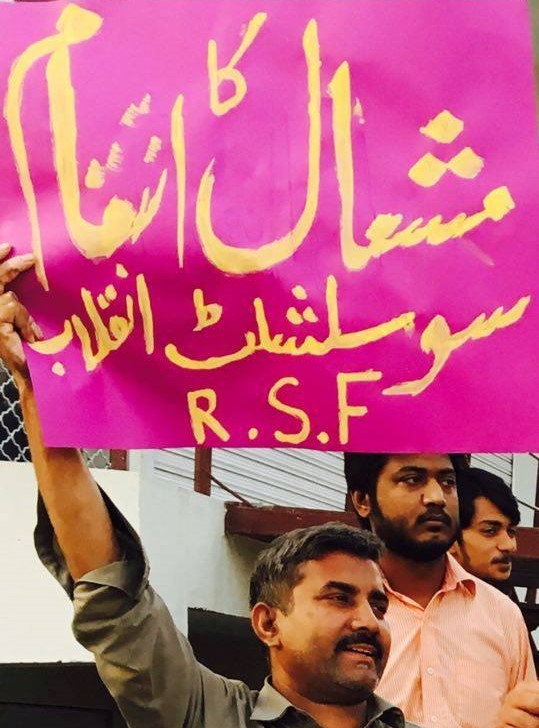 On 23rd April, 2017 Revolutionary Students Front (RSF) and Pakistan Trade Union Defence Campaign (PTUDC) organized a protest against the brutal murder of Mashal Khan in Multan. They strongly condemned this horrific incident and demanded that all those involved must be severely punished. Protesters holding placards with the slogans, “Down with Fascism”, “An Injury to one is the injury to all”. Slogans were chanted against extremism, capitalism, and Zia-Ul-Haq. They said that the murder of Mashal Khan is the murder of students. The ongoing wave of extremism and this incident is a clear proof that they wanted to suppress the voice of masses through religious fundamentalism, But we will resist till our last breath. Our unification against religious fascism and the ruling class is the only answer to their oppression. On the occasion, Nadeem Pasha Advocate, Tariq Chaudhary, Zeeshan Shahzad, Aslam Ansari, Sameer Akhtar, Nausher Khan, Shanawar, Osama, Zeeshan Butt, Mujahid Pasha, Fahad, Zain Naqvi, Ahmed Jahanzeb, Naseem Bhatti, Umair and Junaid addressed the protest. 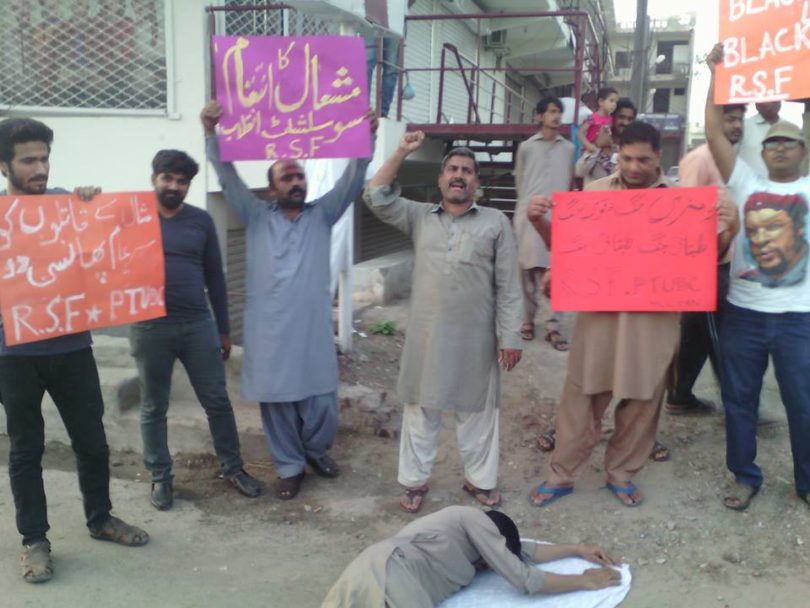 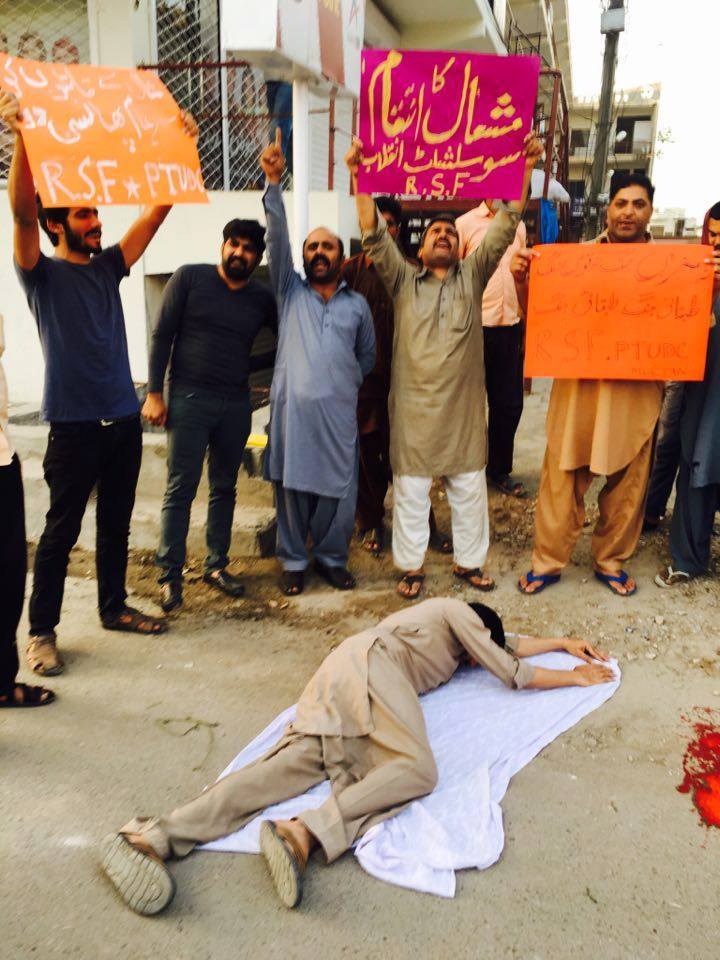 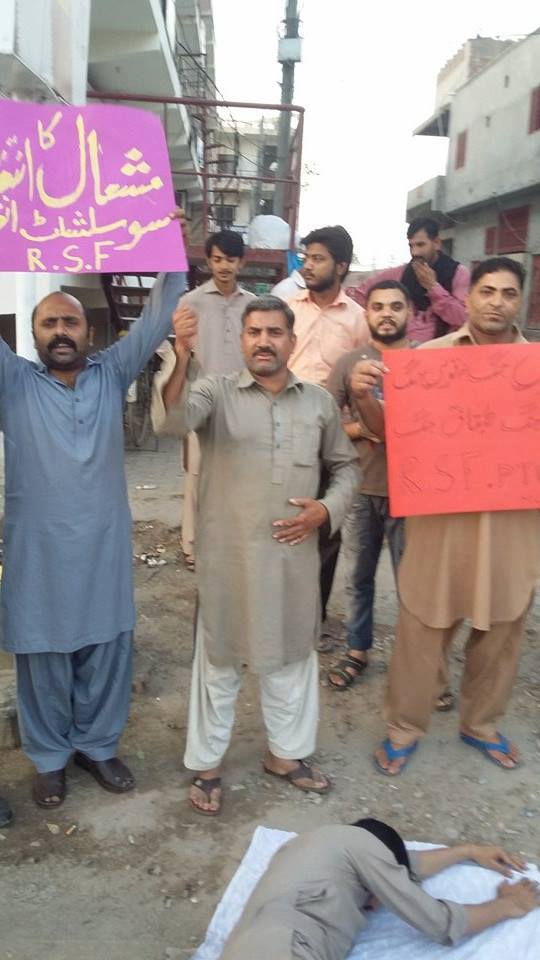 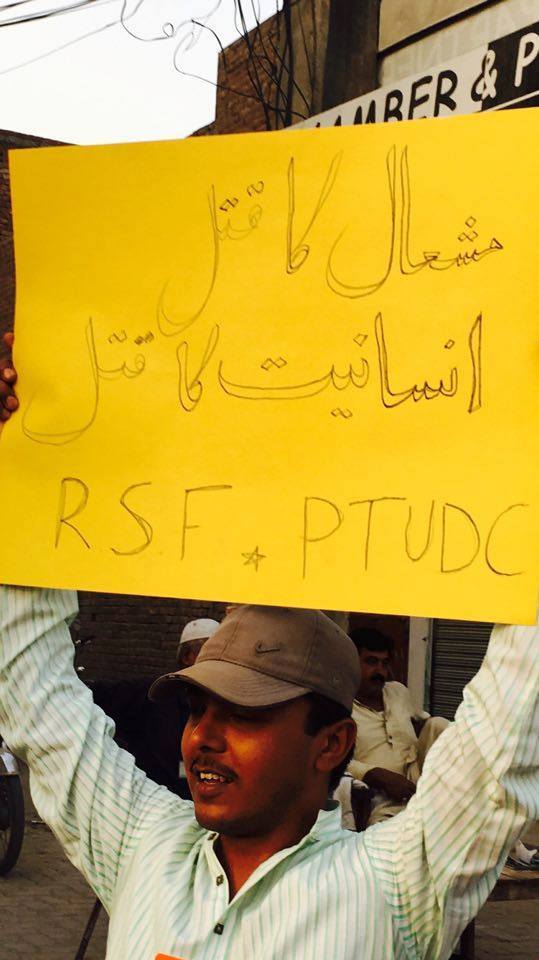 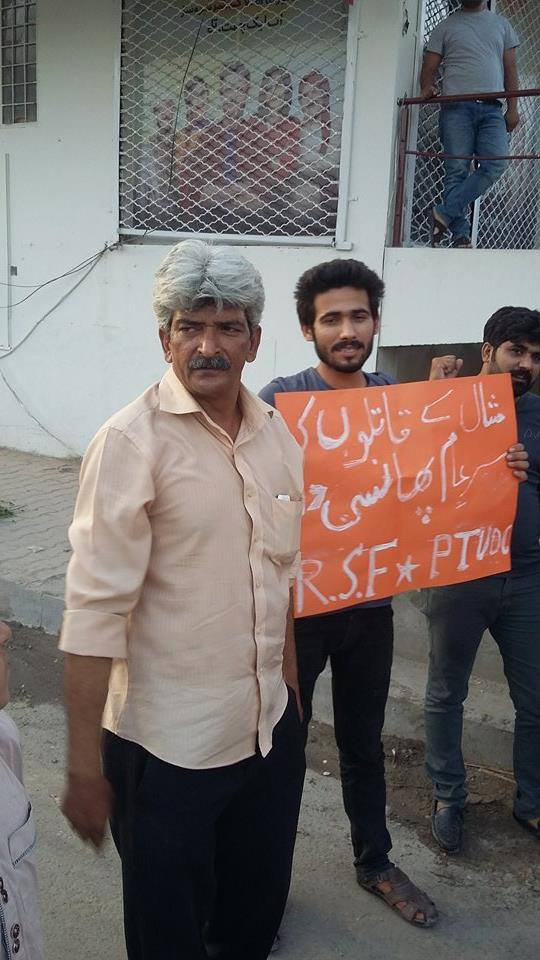 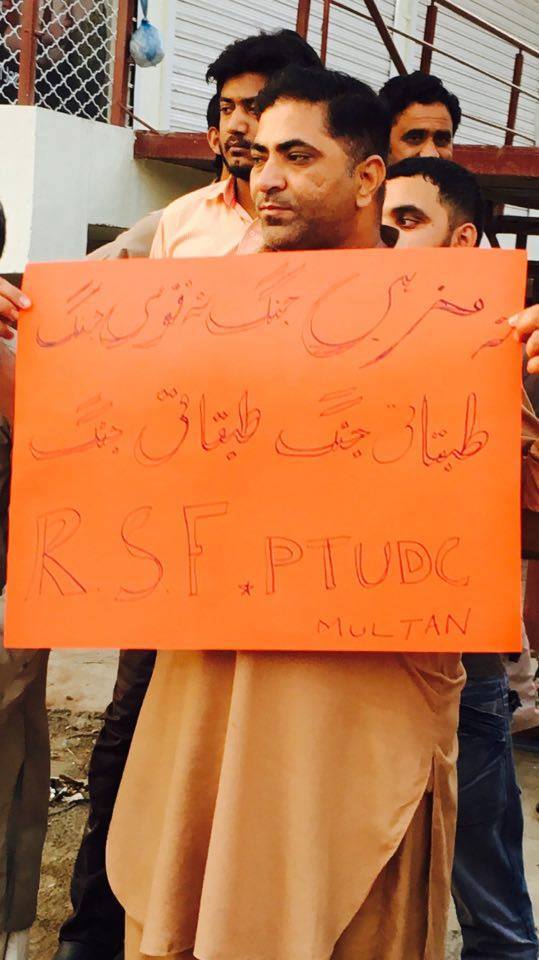 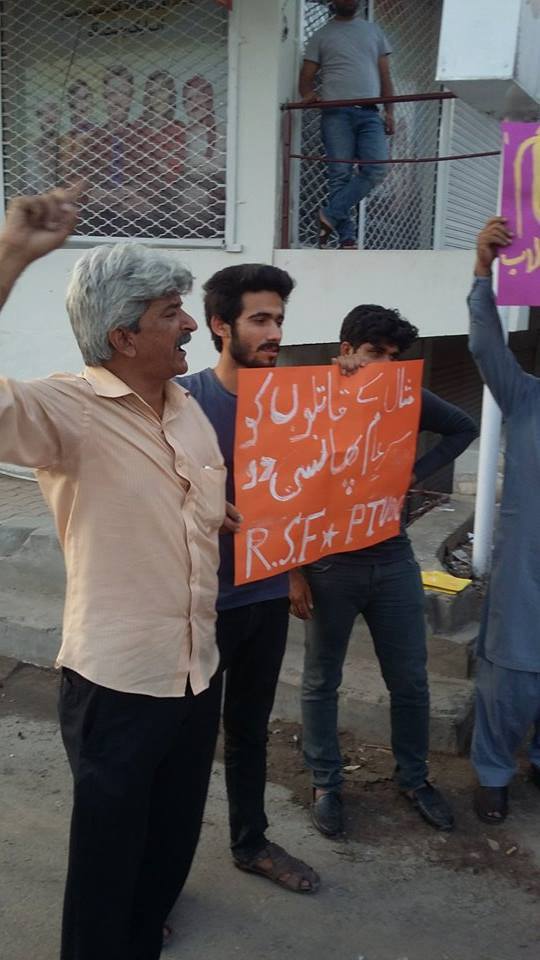 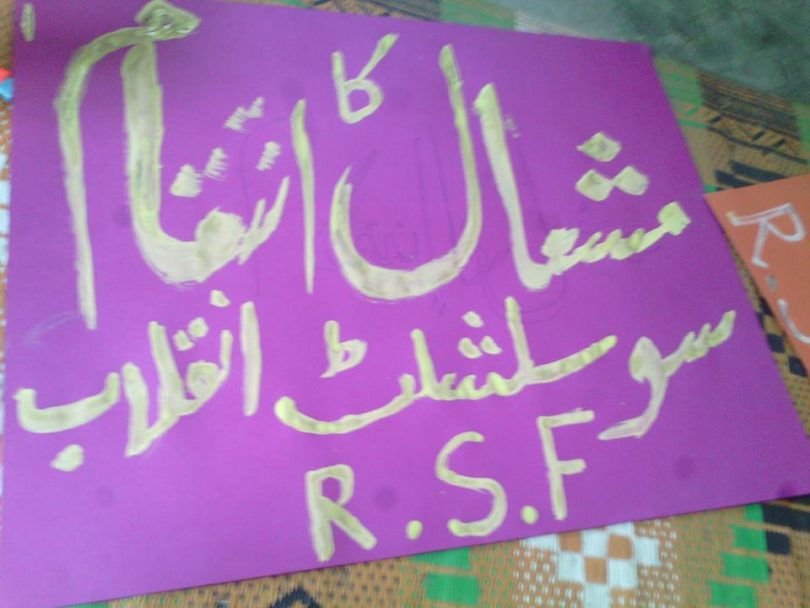 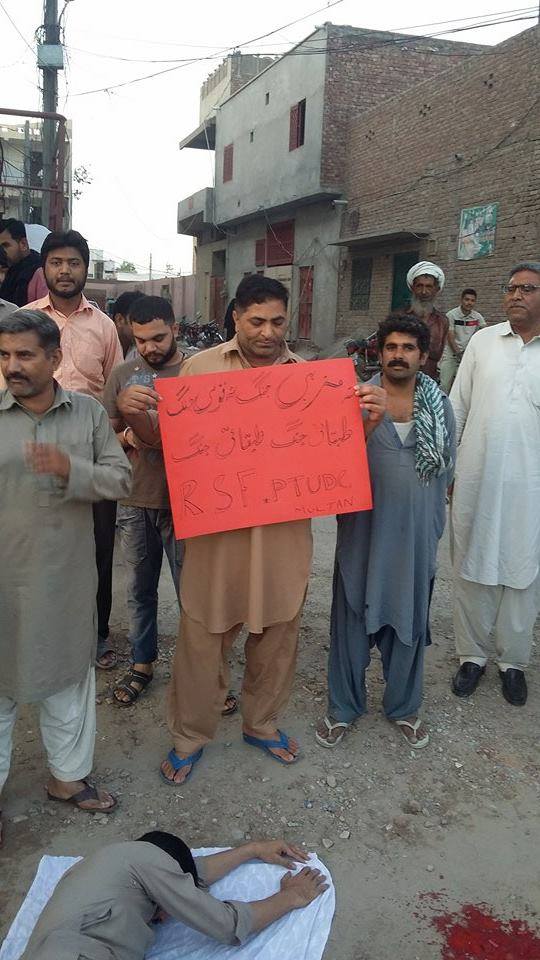