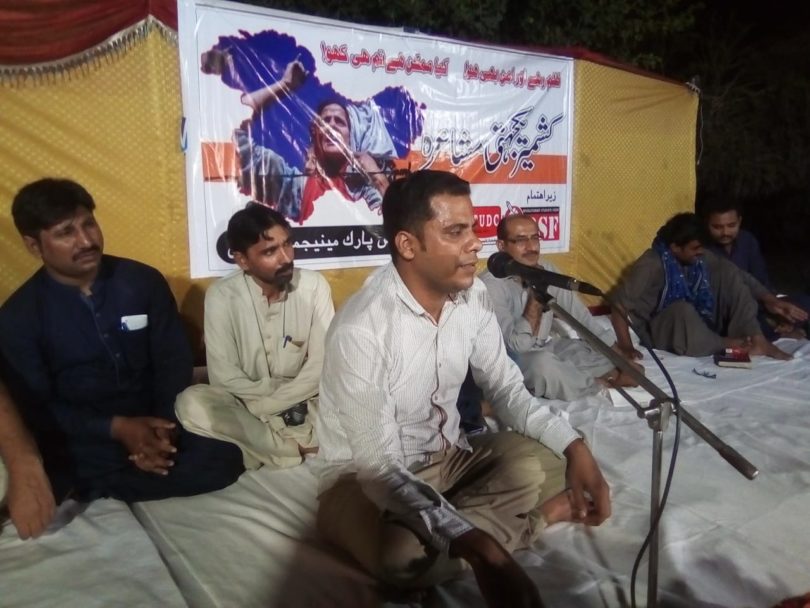 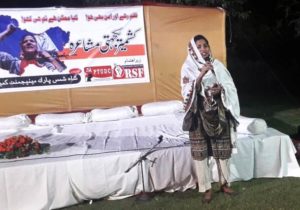 The session was open by Rauf Khan who highlighted the Marxist perspective of Kashmir issue. He asserted that no movement can defeat the oppression of capitalism without the participation of working class. Ammara Emmanuel sang a song “Zulm Rahe Aur Aman Bhi Ho, Kiya Mumkin Hai Tum Hi Kaho” in solidarity to Kashmiris.

Mukhmoor Qalandri, Sarfraz Aarish, Mazdum Khan, Kashif Nawaz, Mudasir Jafar, Mohsin Karim and Aurang Zaib Noor presented their poetry and the great enthusiasm was seen in the audience.  In the end, Ilyas Khan summed up the program and identified the historical perspective of the Kashmir issue. He stated that a socialist revolution is the only solution to the miseries of not only Kashmiris but also the working class of the sub-continent. 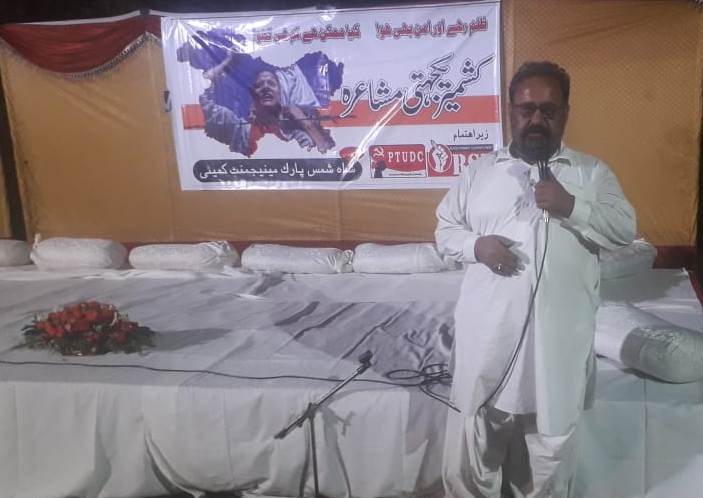 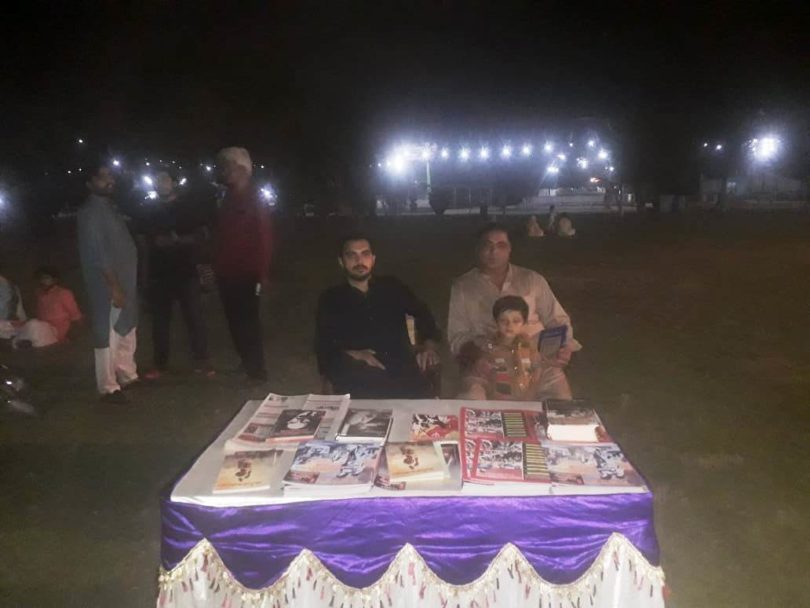 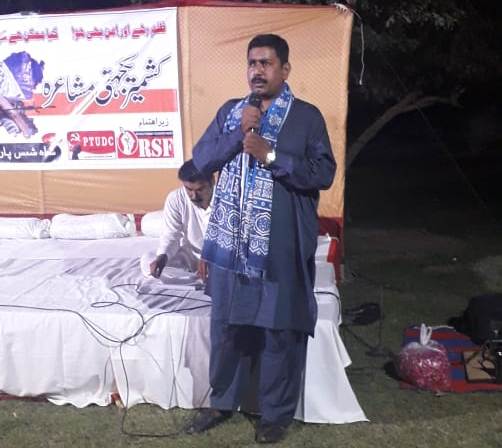 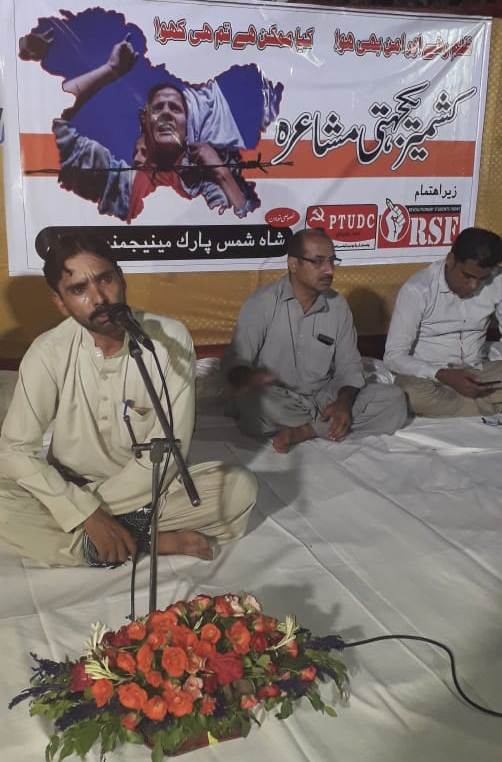 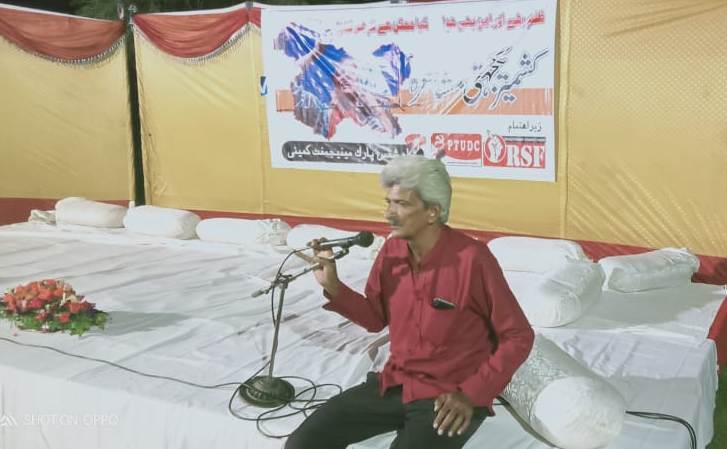 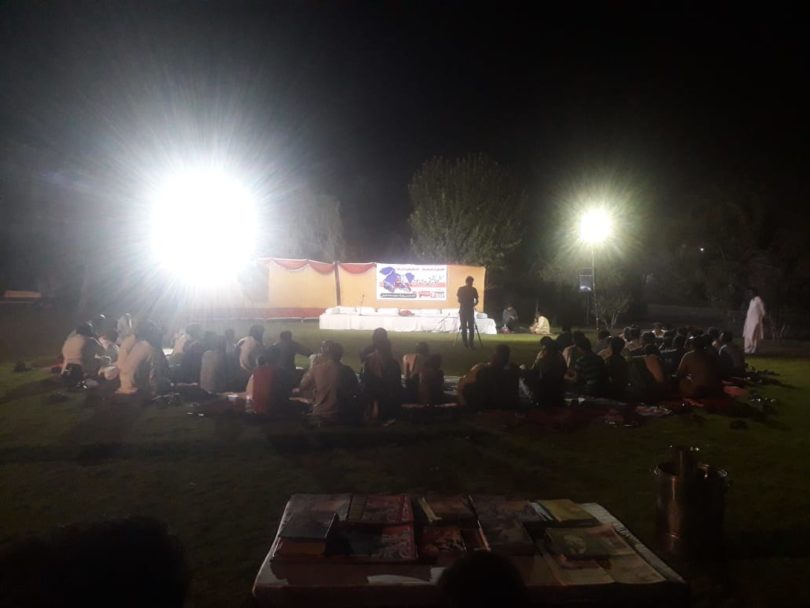 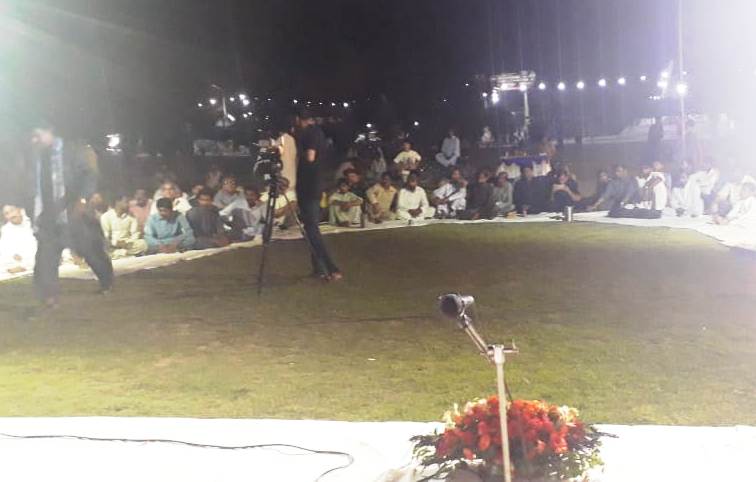 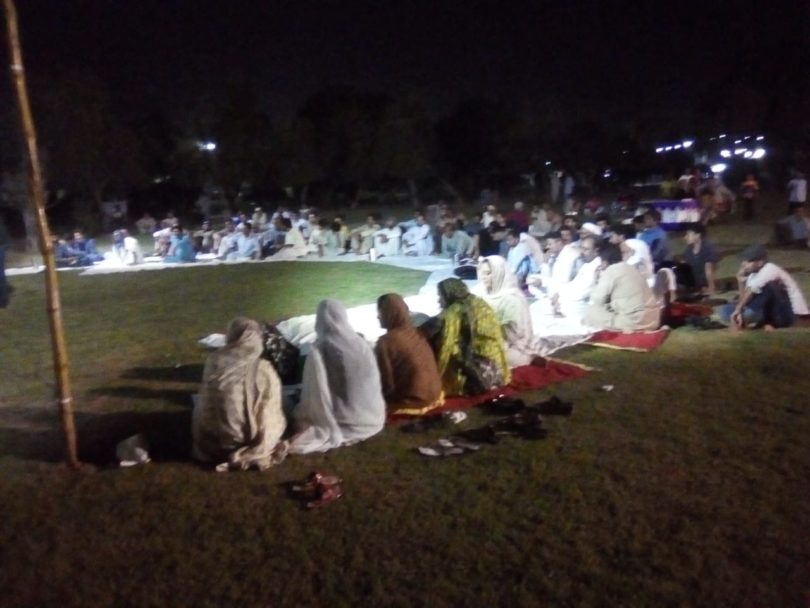 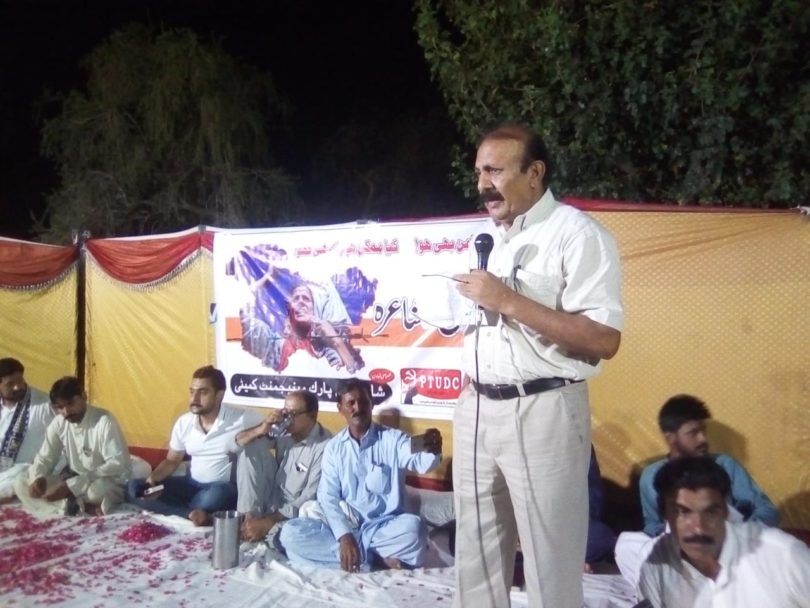